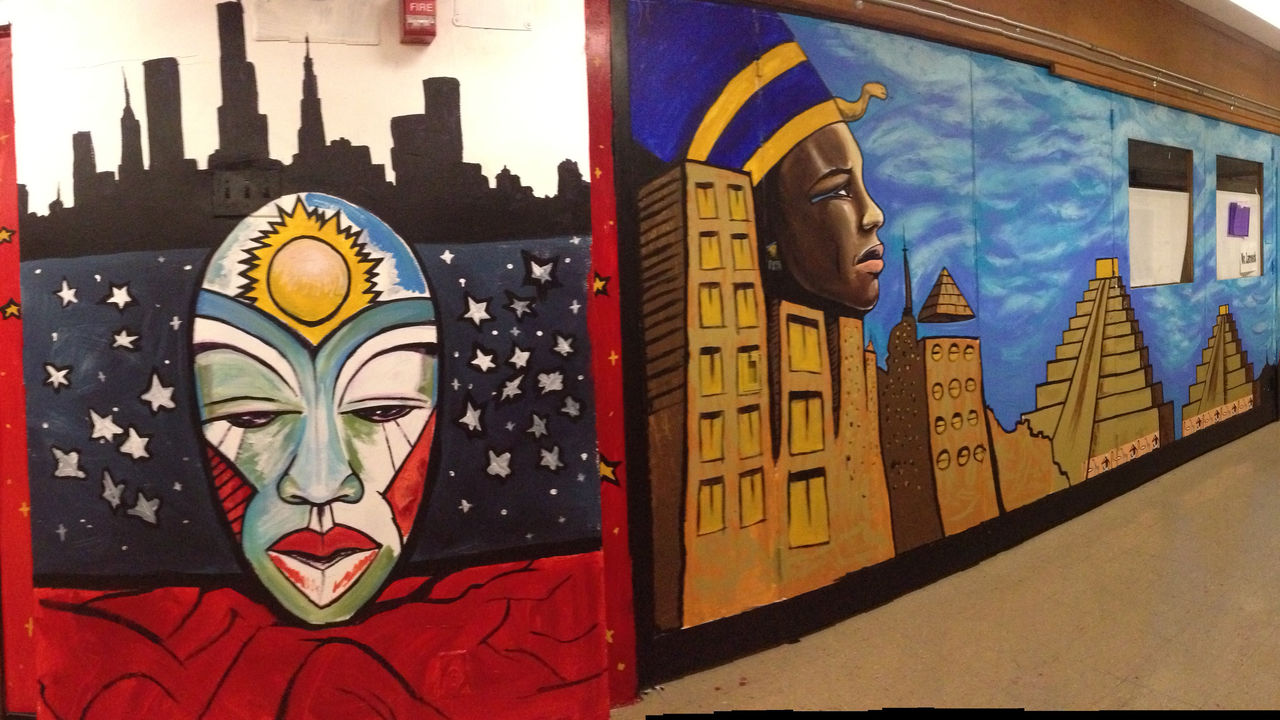 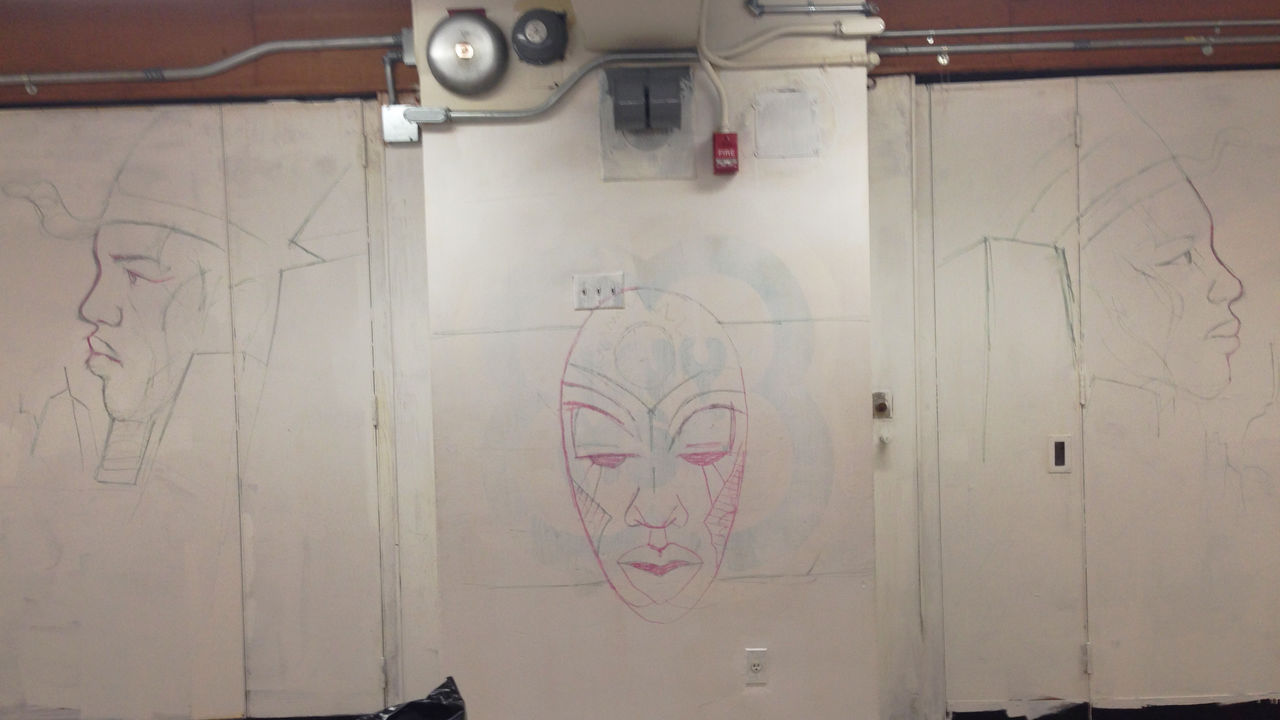 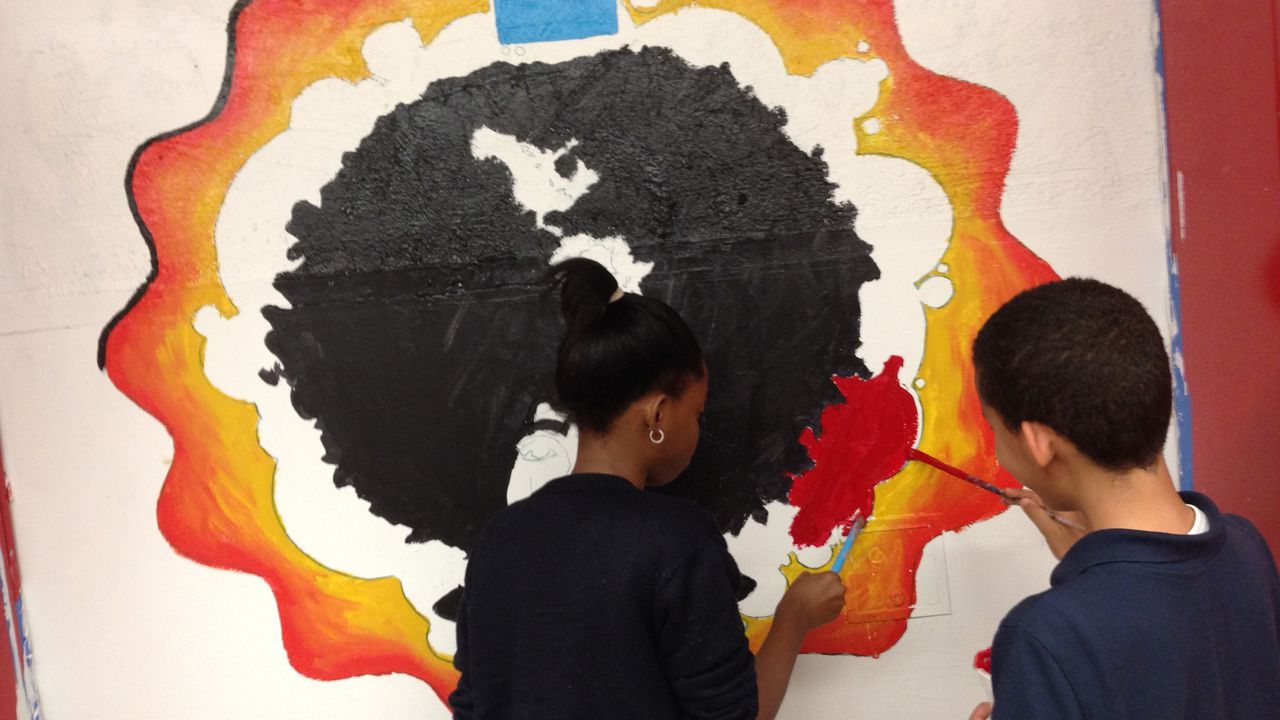 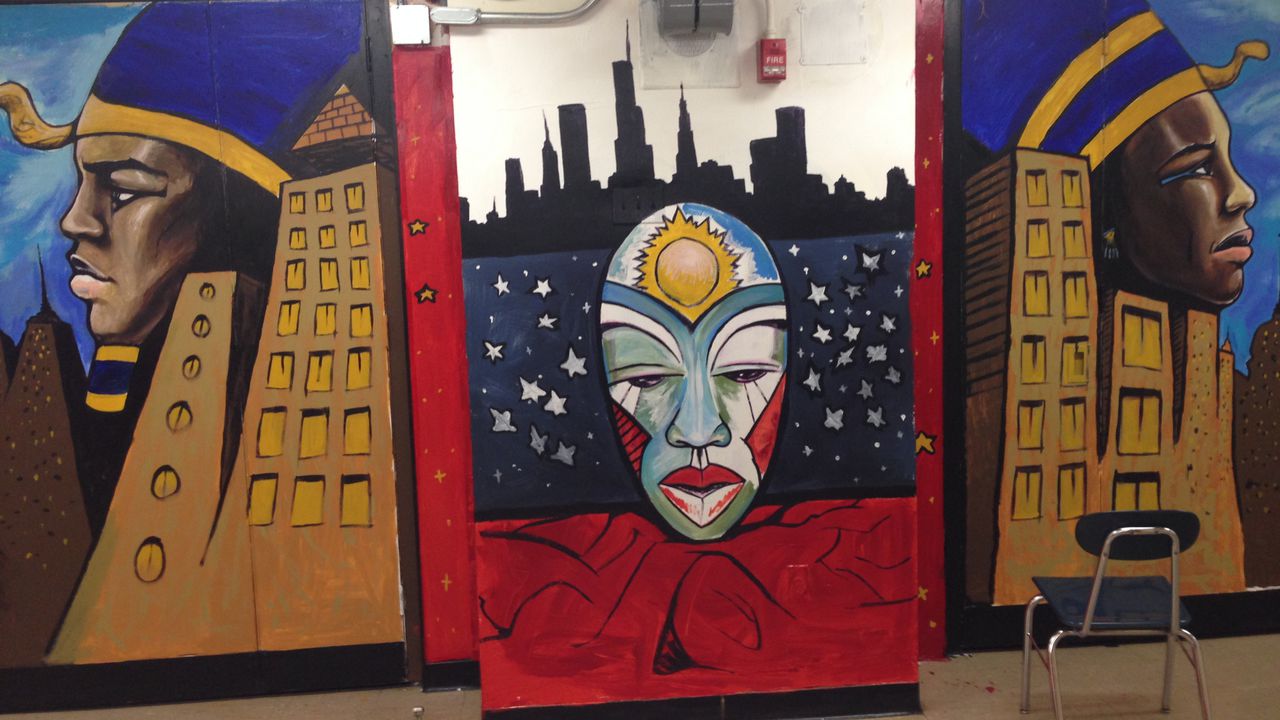 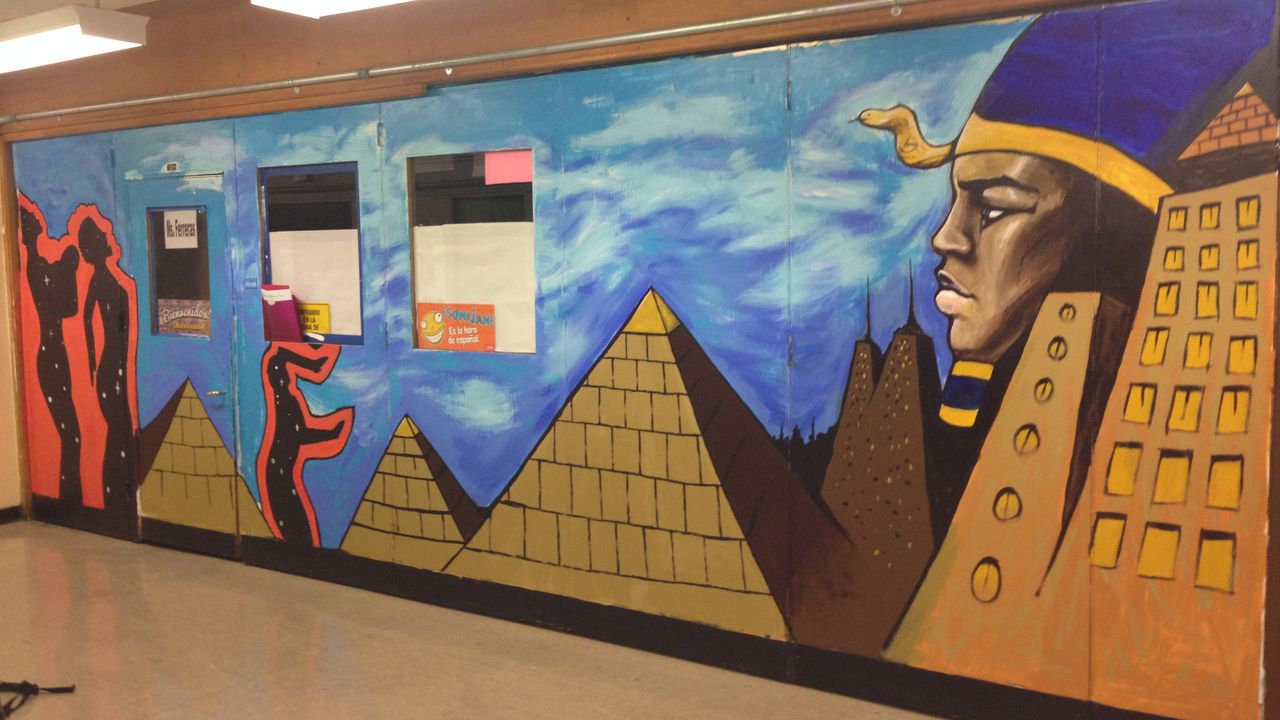 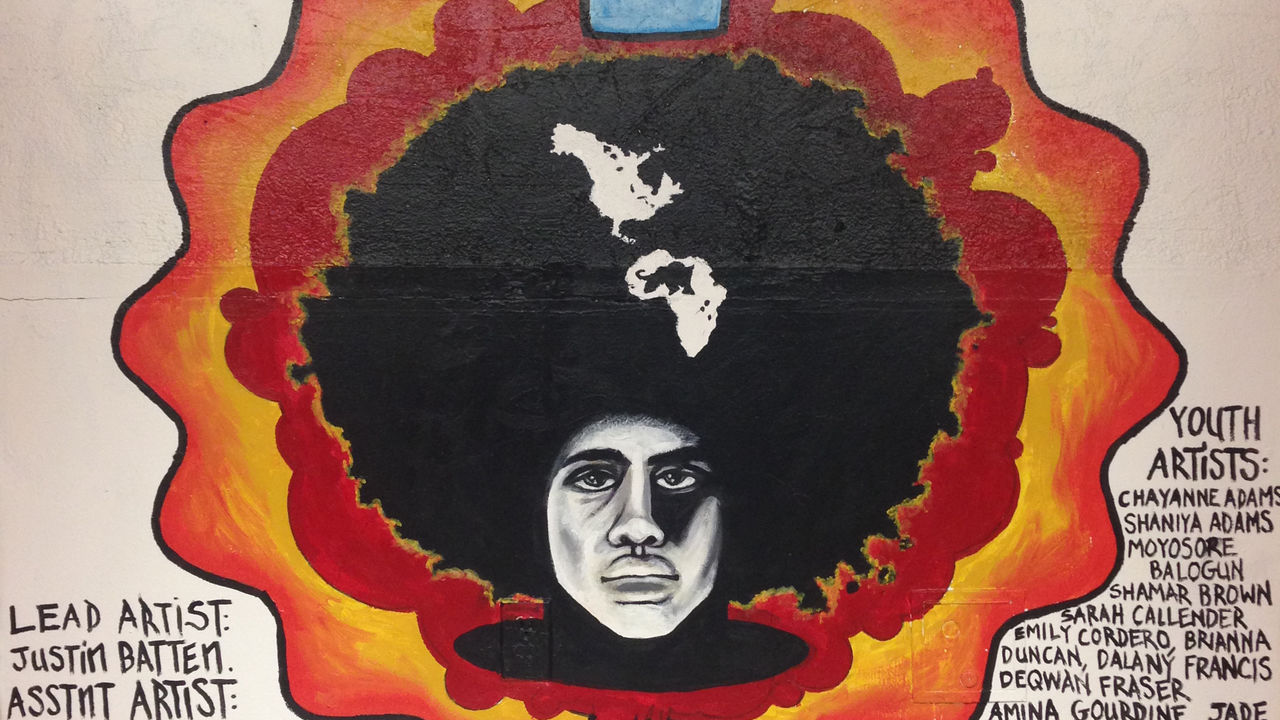 Through a partnership with SCO Family of Services and East New York Middle School for Excellence, Groundswell facilitated the research, design and creation of three murals created by youth. Each of the murals was created in three 16-session over the 2014-2015 school year as part of ENYMSEs SCO afterschool programing. Each project focused on portraying the impact of Africans, African Americans, and people of color from the Americas on history. For Ancient Future, the team discussed the tangential concepts that the youth felt related to the topic and the themes of creation, art, music and a culture and civilization richly sourced in Egypt emerged. Focusing in on some of the cultural parallels between Egypt and the Americas, artists learned about major landmarks in the cultural evolution of the black race from Ancient Africa and into Black America. Art from the Harlem Renaissance resonated closely with the students. They created masks to become familiar with the rich patterns of African and African American art found in textiles and graffiti. Many of these drawings were included the design. Separated into four major sections, Ancient Futures acts as an homage to the glory of ancient civilizations that are often forgotten but which influence the world today. The center piece of the mirror is a mask seemingly glowing or floating above the water beneath a city skyline. The mask is flanked by futuristic cities with floating pyramids that taper into two types of pyramids. The left side refers to the traditional Egyptian Style pyramid. The right infers from the Central, South, and North American style step pyramid all monumental architectural achievements in the ongoing evolution of human civilization. On the opposite wall from the main section of the mural is a sun. The sun emanates from a figure with an afro, inspired by the power and resistance demonstrated during the fight for Civil Rights in America.