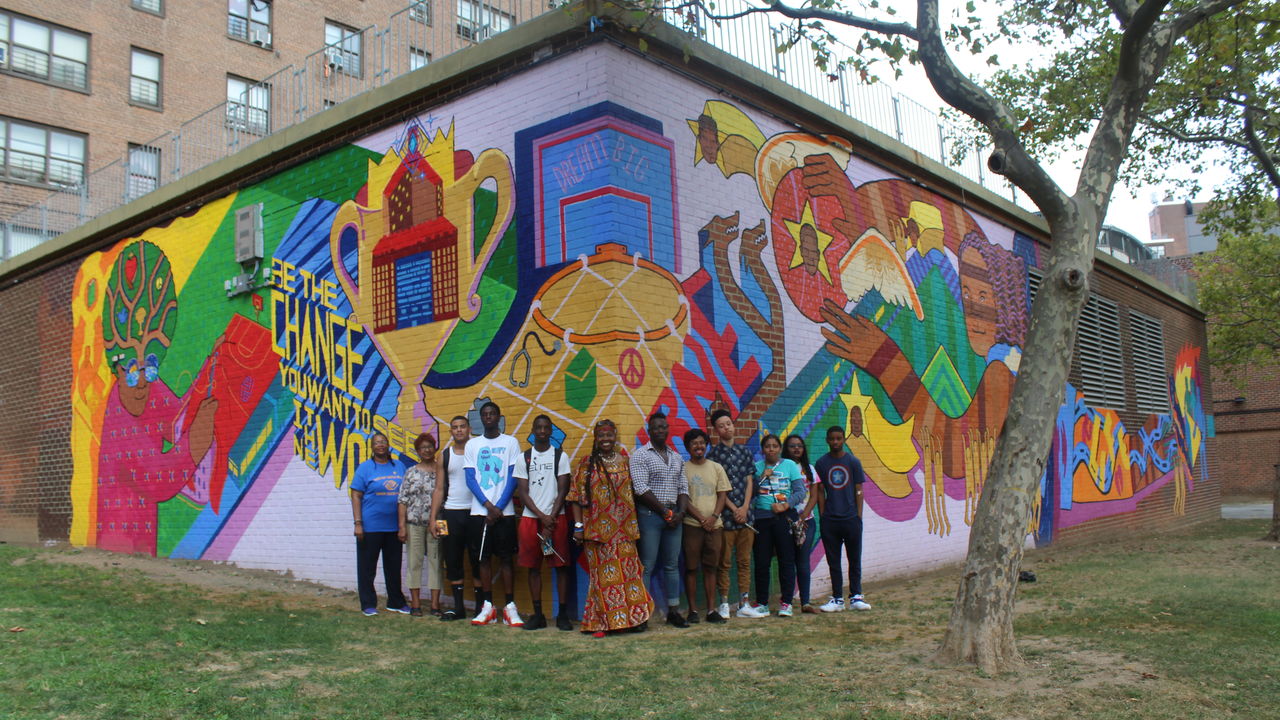 Through multi-project special initiatives, Groundswell works with community organizations to coordinate and present a series of mural projects that build toward long-term and meaningful change around a target social justice and equity issue. Together, we leverage the public artmaking process to inspire participation and community engagement in the campaign, drive visibility and public awareness of the target issue with local and national audiences, and engage young people as ambassadors and change agents.

The result of this intentional work is a collection of public artworks that generate social, institutional, infrastructural, and policy change while shifting attitudes and feelings more broadly, for a more just and equitable world.

Because every New Yorker deserves to feel safe on our city streets, Groundswell and the Department of Transportation have collaborated since 2008 to use art as a tool to start conversations around safer streets and inspire better decisions for the entire community.

Through a mural residency program for incarcerated youth, Groundswell artists work onsite within detention facilities. These murals give incarcerated youth the opportunity to share their visions for transformative futures for themselves, other incarcerated people, and restorative justice.

From 2014 to 2015, the New York City Department of Probation, the Pitkin Avenue Business Improvement District, and Groundswell presented “Transform/Restore: Brownsville,” a transformative mural project in Brownsville.

Through "StreetWise: Hunts Point," Groundswell engaged youth, artists, and other community members between 2012 and 2013 in a series of five murals that identified and prioritized transportation and environmental concerns in their South Bronx community.

Honoring stories of healing and recovery.

Created in 2013 as a response to the devastation caused by Superstorm Sandy, "Recovery Diaspora" was a collaborative citywide public art installation created by renowned street artist Swoon, in collaboration with Groundswell teaching artists and youth from neighborhoods most affected by the storm.