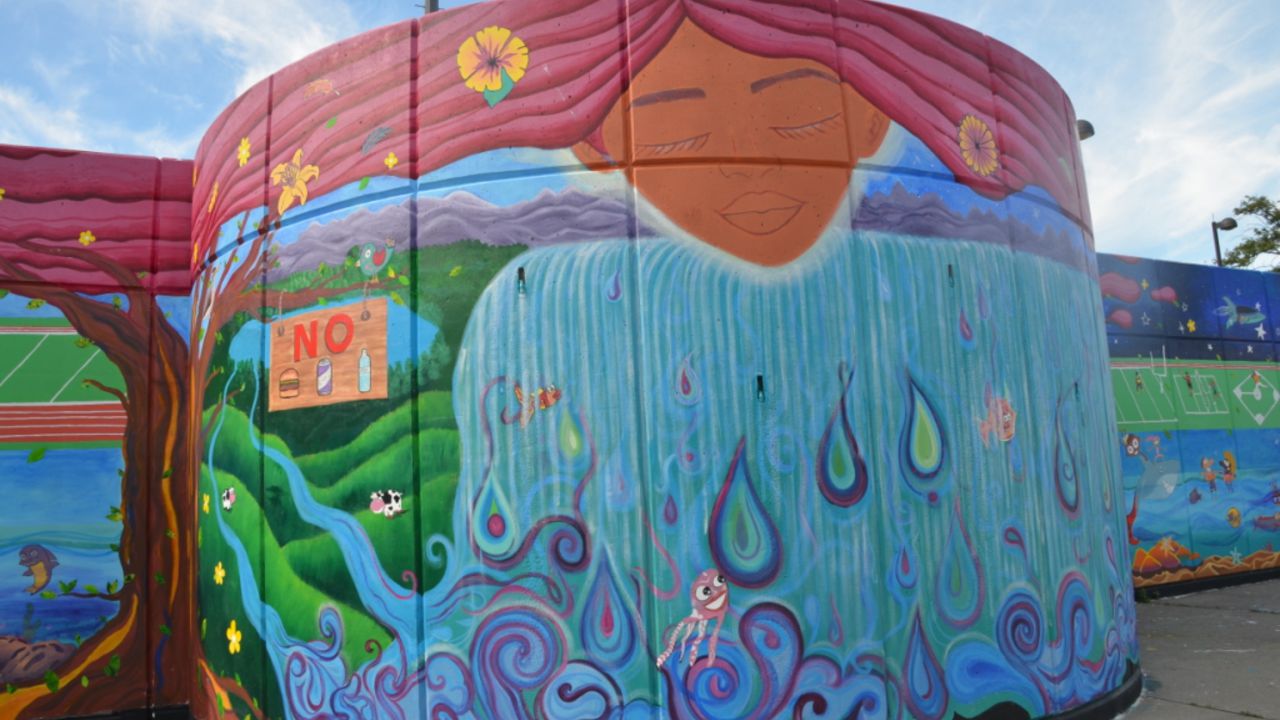 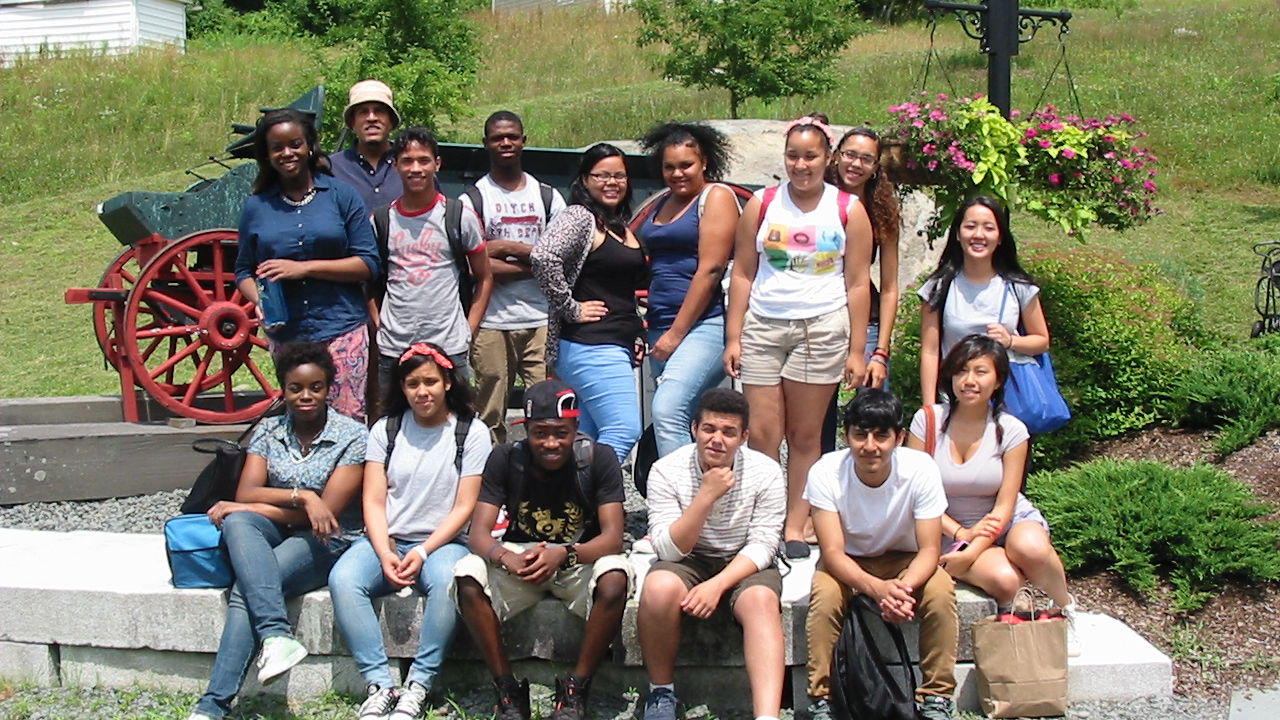 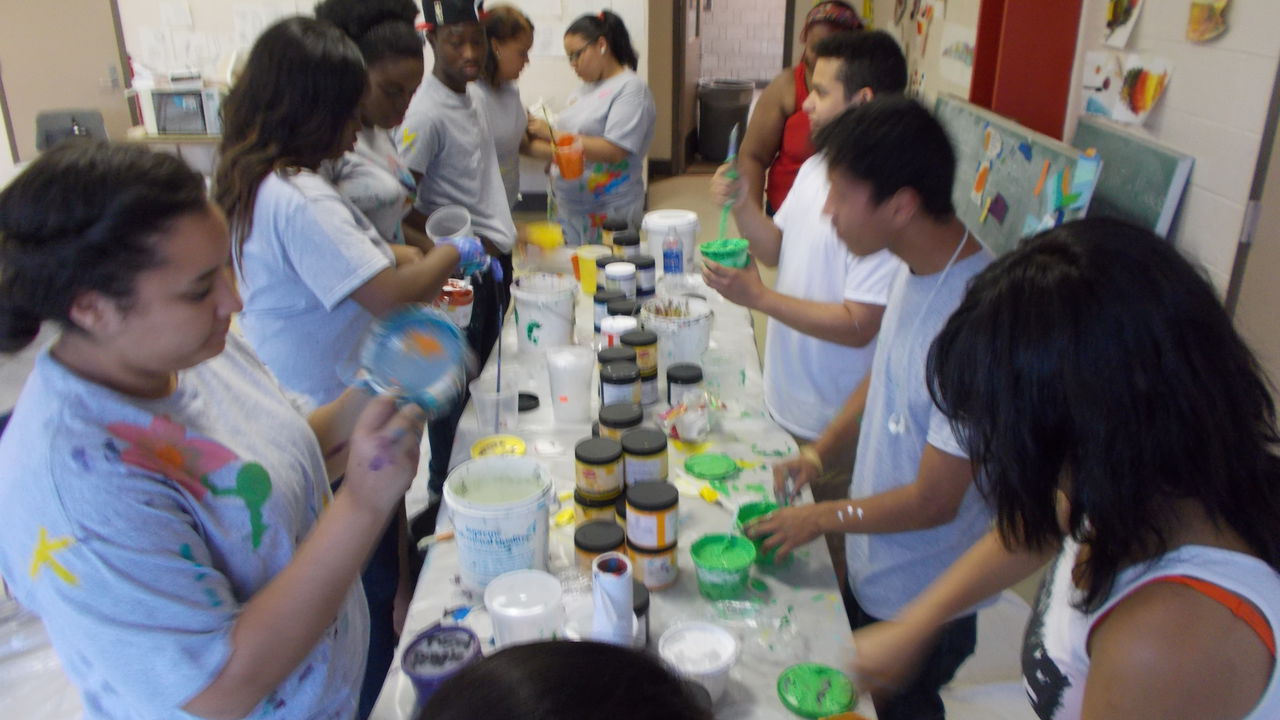 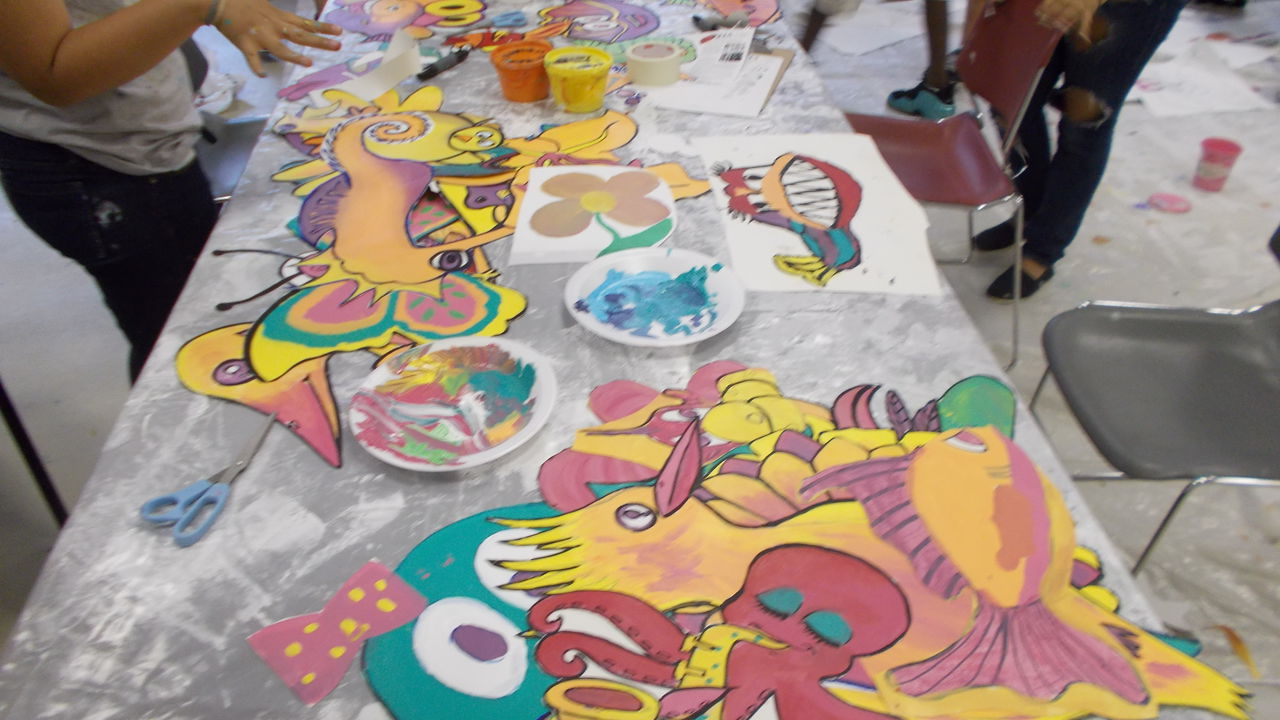 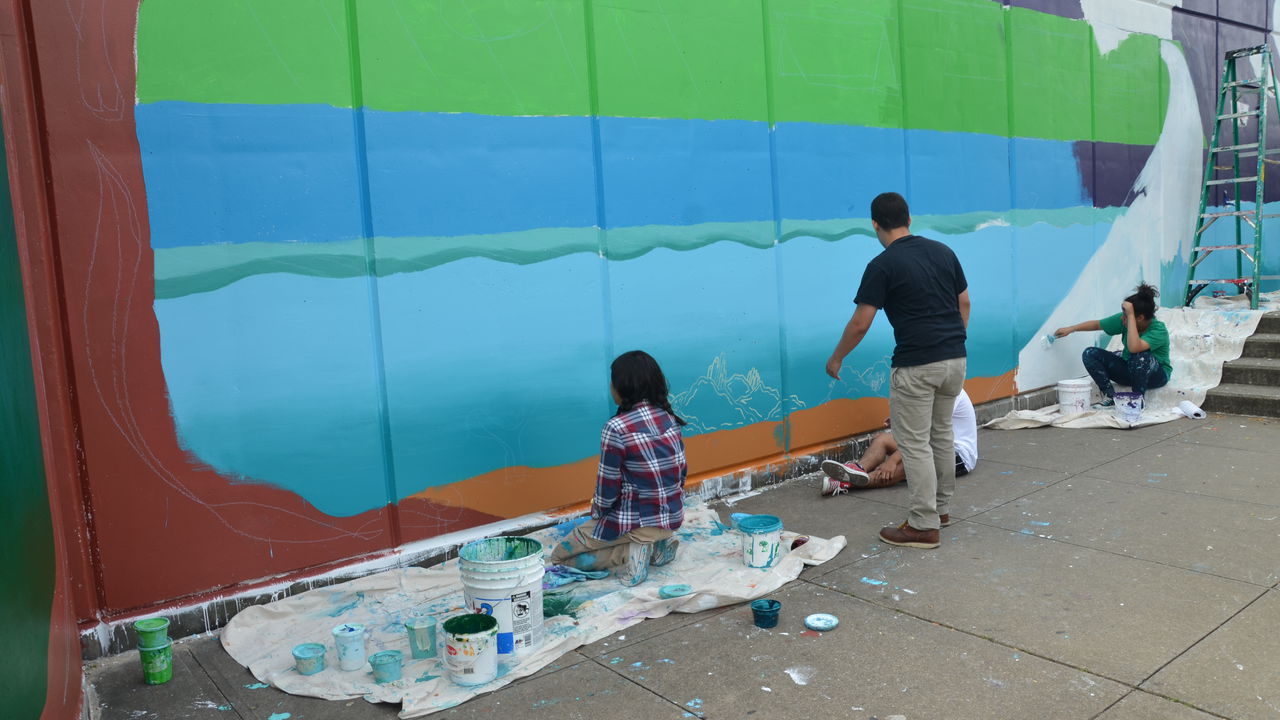 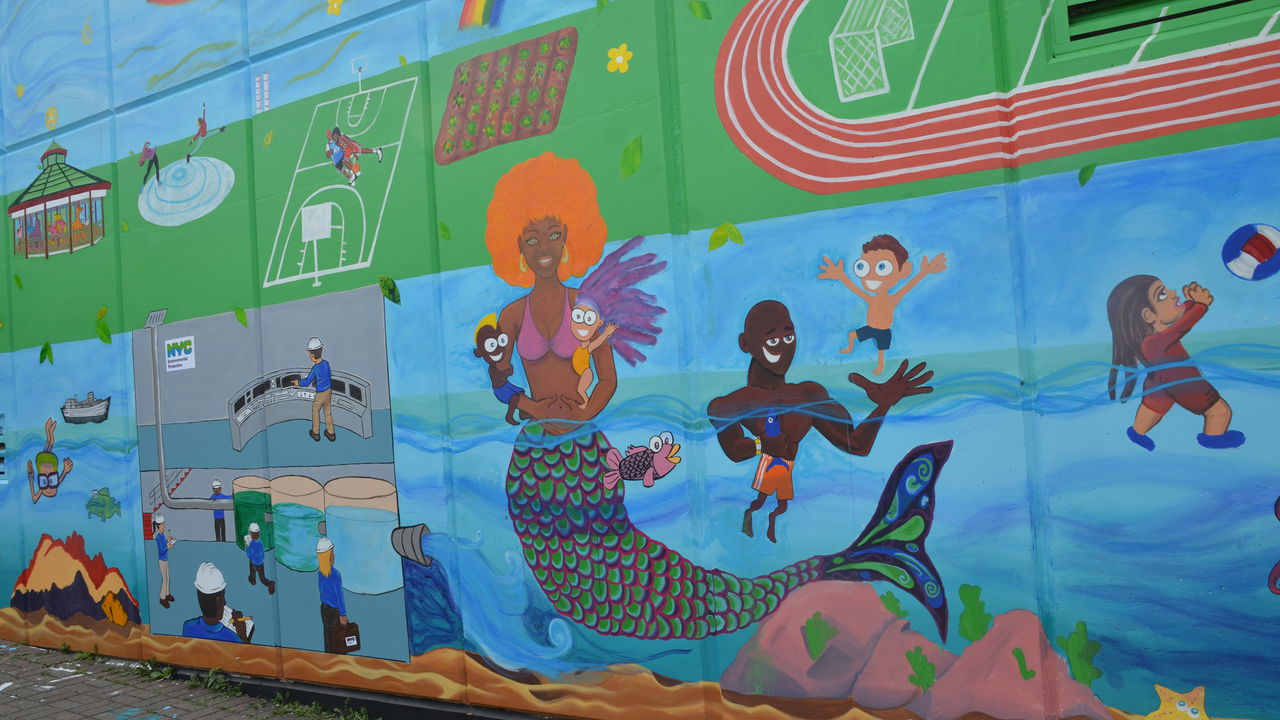 Beautifying Riverbank was created by Groundswell in partnership with the NYS Office of Parks, Recreation and Historic Preservation and NYC Department of Environmental Protection. The mural engages Riverbank State Parks diverse visitors in a celebration of our local water cycle, from the Catskill Mountains to New York City, as well as tells the story of Riverbank State Parks creation and the resource it continues to be to the community 20 years after its opening.

In developing the site-specific mural designed for the Riverbank water splashing area, youth muralists enlivened a monumental wall with a whimsical visual narrative. Playfully changing depths and perspectives, the design illustrates the unique stories behind this one-of-a-kind park and the New York City water cycle. The mural reads left to right, and begins at daybreak as a group of community activists organize for a state-of-the-art park to be built atop a planned wastewater treatment plant. The mural ends at moonrise, as these same activists, now grandparents and friends of the park, enjoy all that the park has to offer and envision its future legacy.

At its center, children splash in the waters of the Catskill Mountains beneath a radiant Mother Nature figure. The unveiling of this mural proved particularly meaningful as Riverbank State Park celebrated its 20th anniversary. The 28-acre multi-level landscaped recreational facility rises 69 feet above the Hudson River and offers a wide variety of recreational, athletic and arts experiences for all ages, interests and abilities.