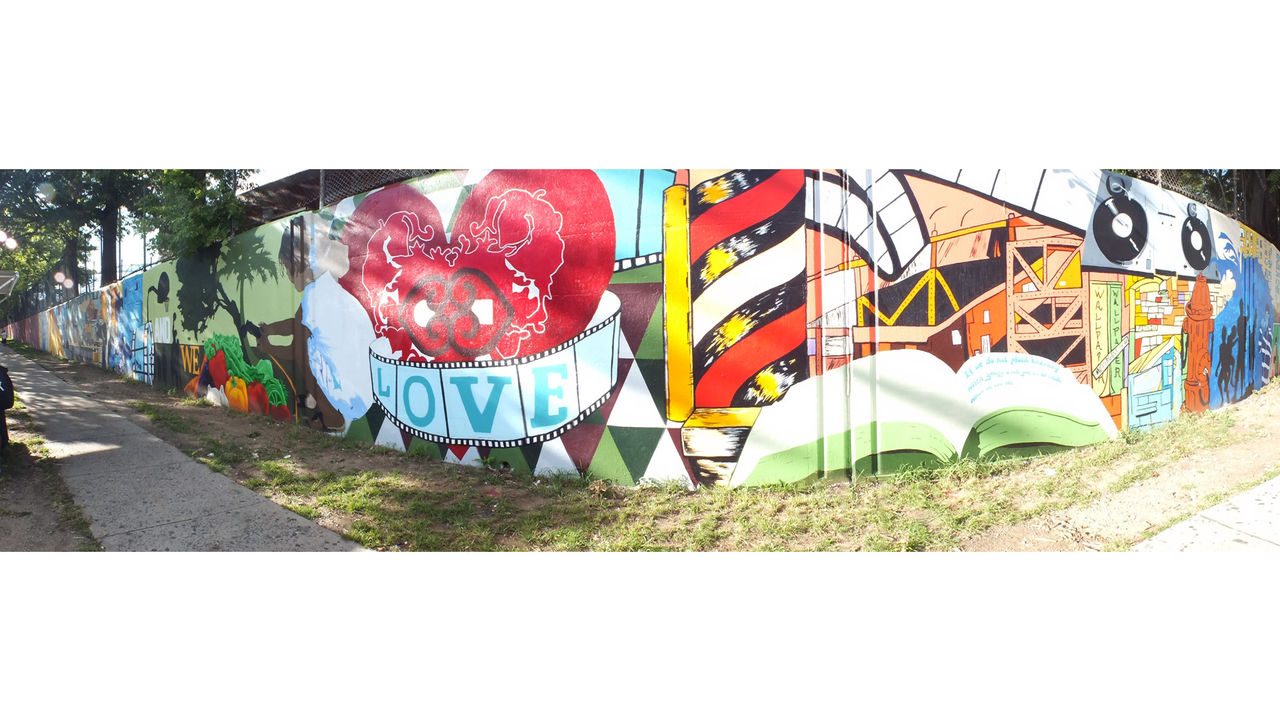 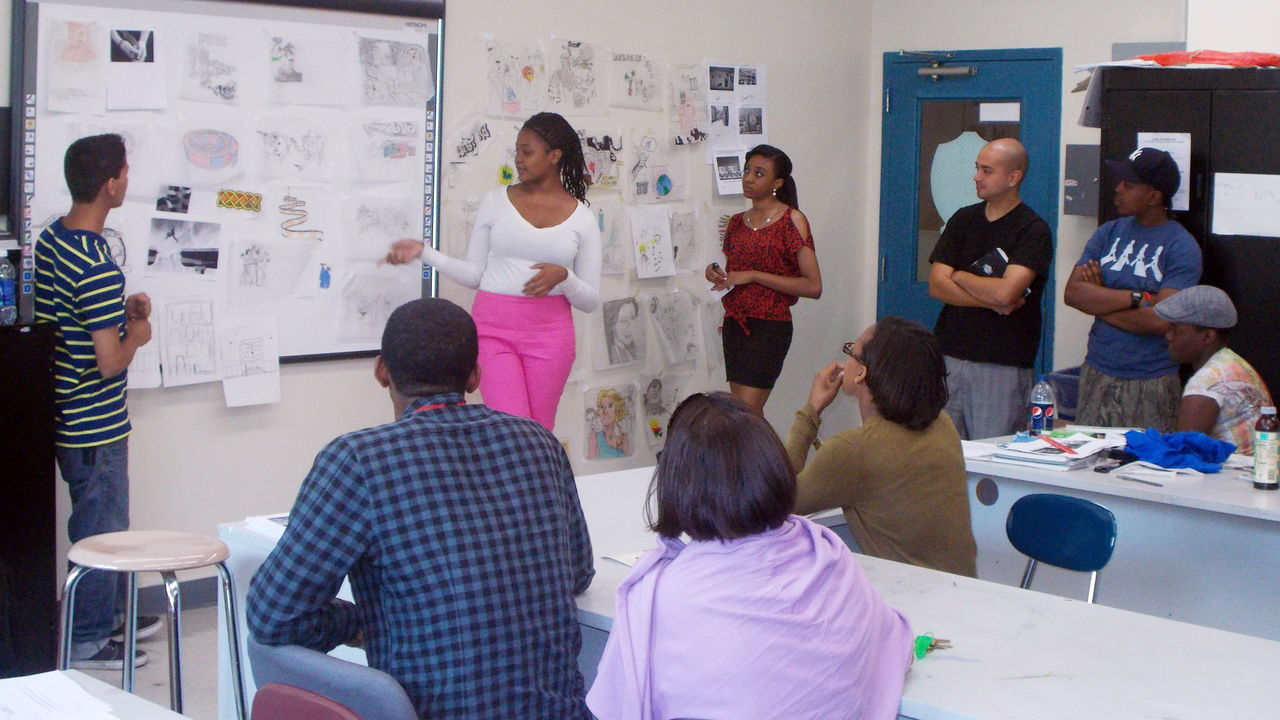 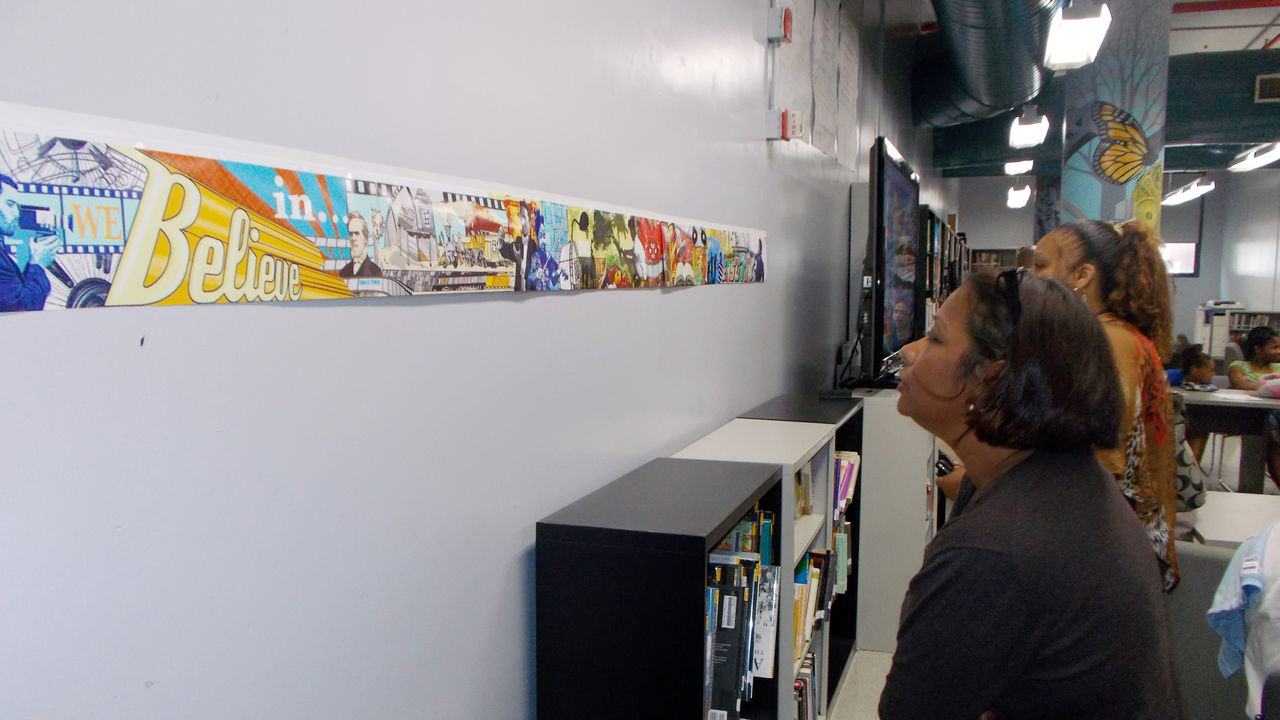 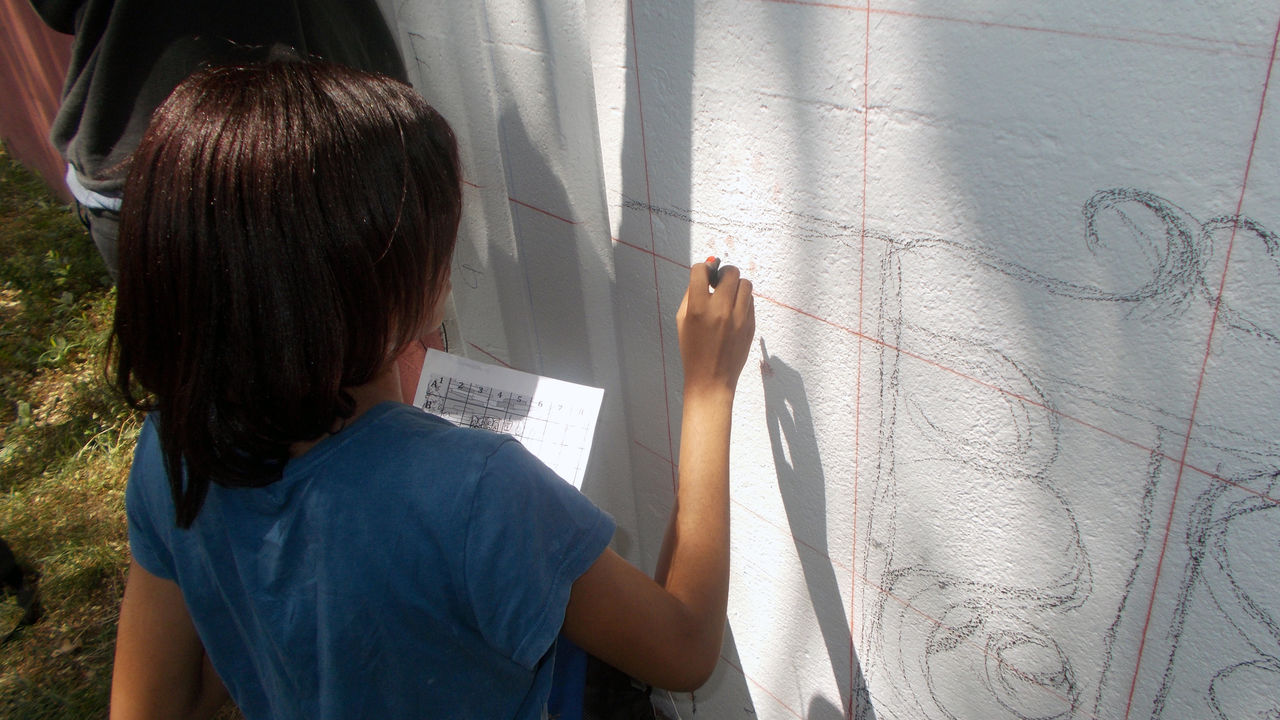 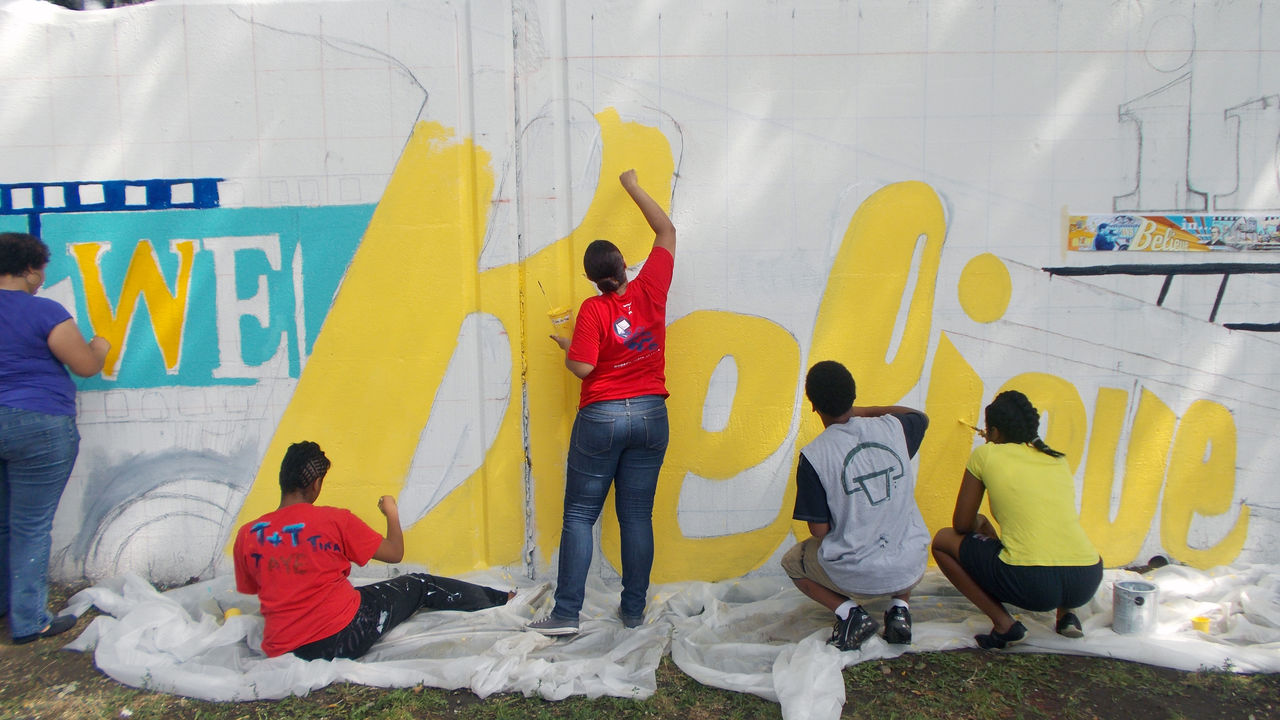 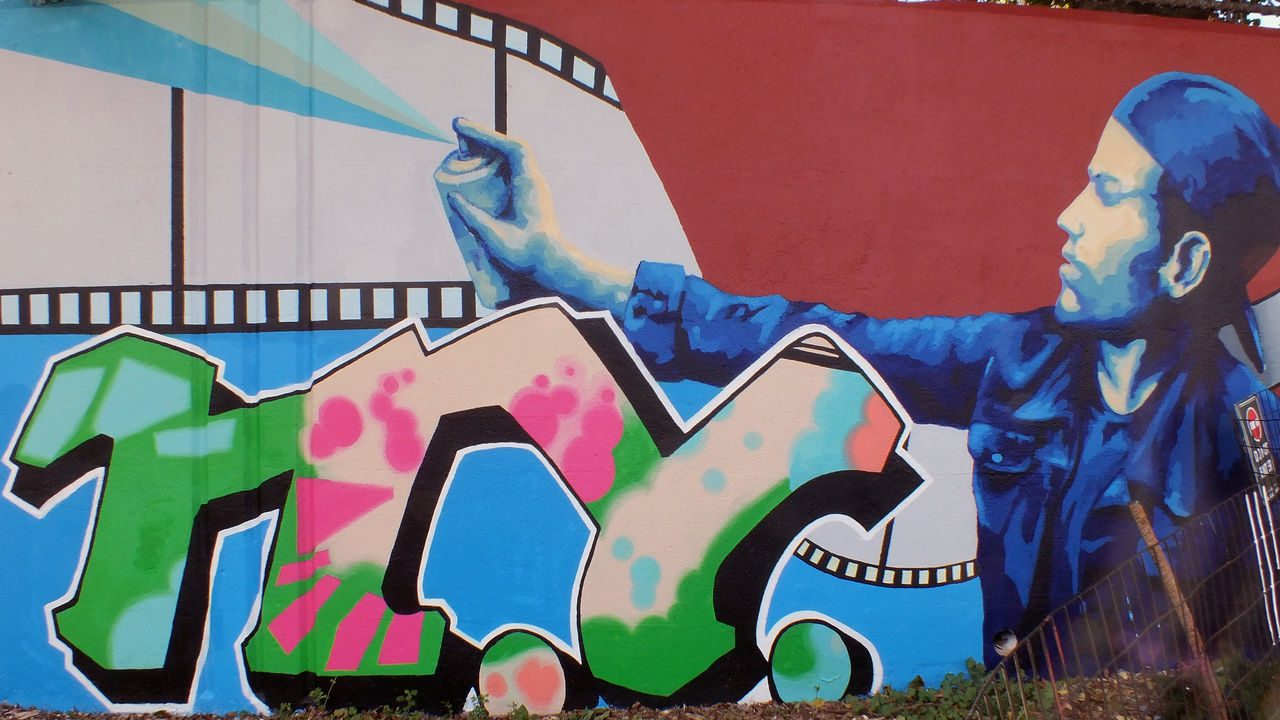 Believe in East New York was developed for a neglected but highly visible wall outside the Broadway Junction subway station in East New York to help revitalize the community through the creation of locally-inspired public artwork. Youth artists were recruited from throughout New York City, with a particular focus on engaging young people from the immediate neighborhood through our partnership with Aspirations Diploma Plus High School, a transfer high school which is located directly across the street from the project site. During their research, the young people investigated the history of the historic neighborhood. They also interviewed local residents to gather a series of oral histories outlining opportunities and concerns facing the community. The mural design balances vibrant historical imagery with illustrations of the young peoples aspirations and hopes for the future of their neighborhood. We Believe In and Love East New York is written across the expanse of the wall, with a film strip motif and a style inspired by influential East New York graffiti artist DONDI. The mural includes archival imagery uncovered by the youth muralists during the research stage and illustrates the history of transportation and recent revitalization efforts in the area.