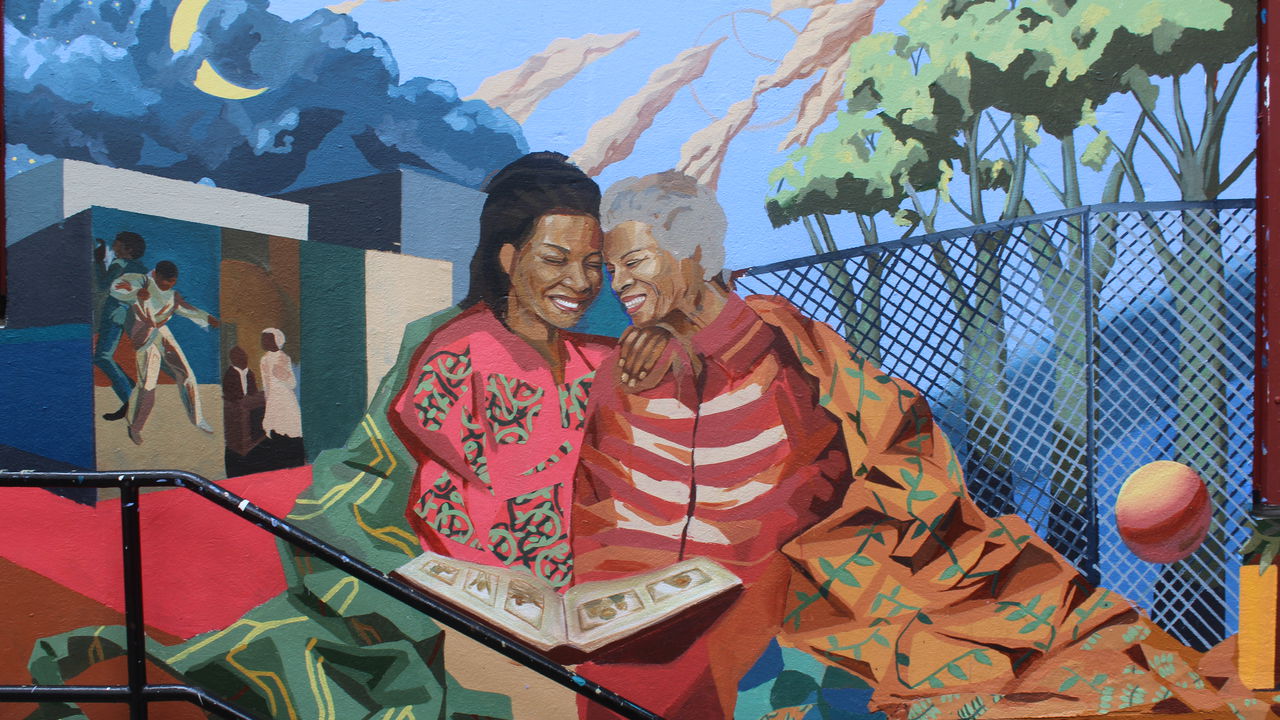 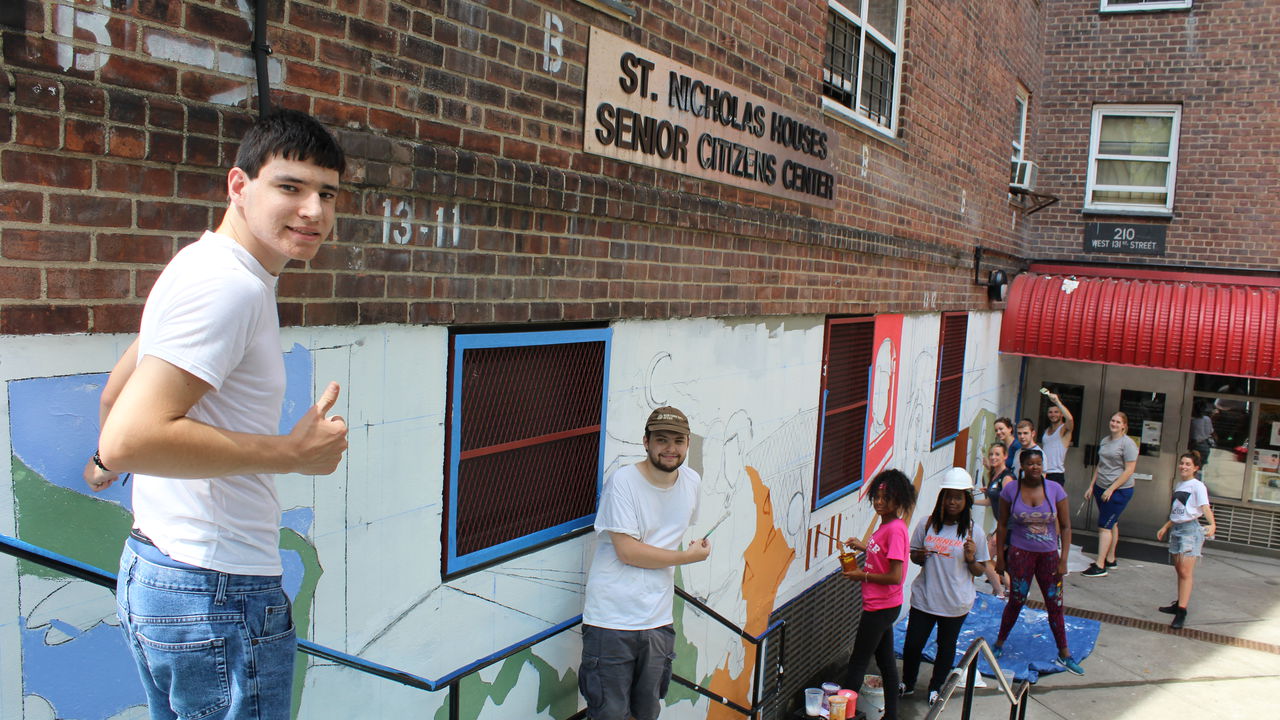 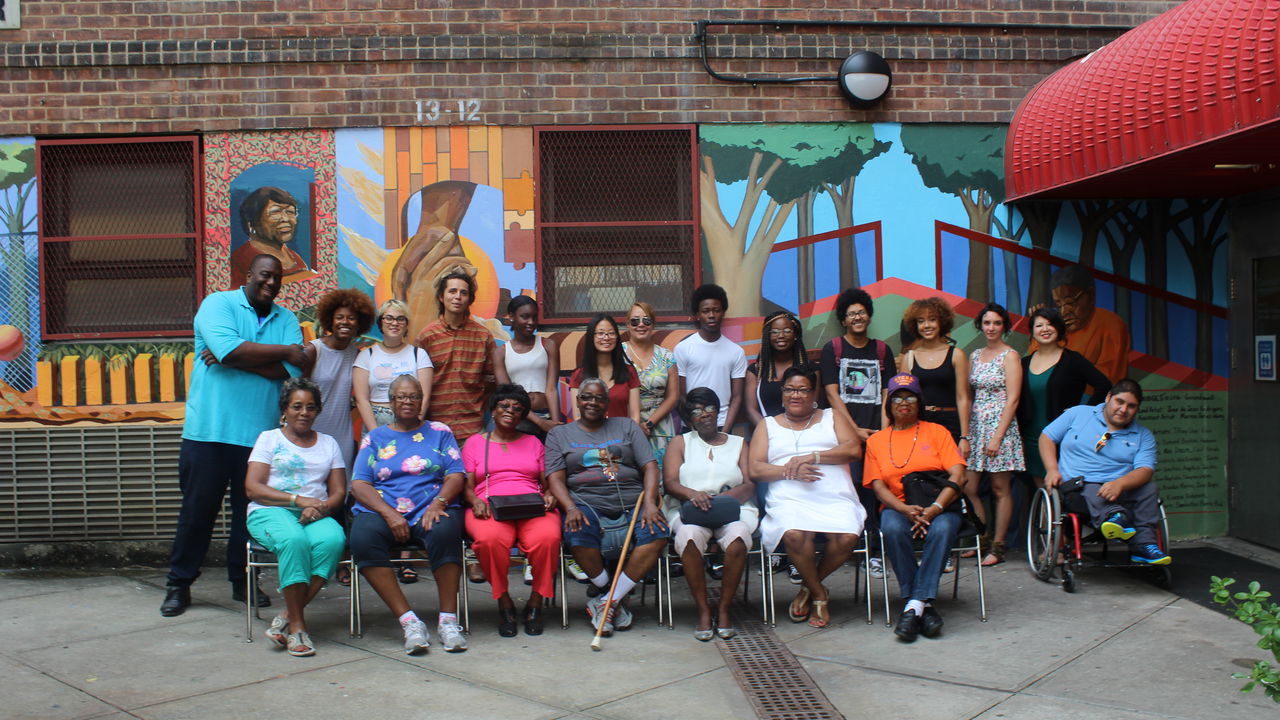 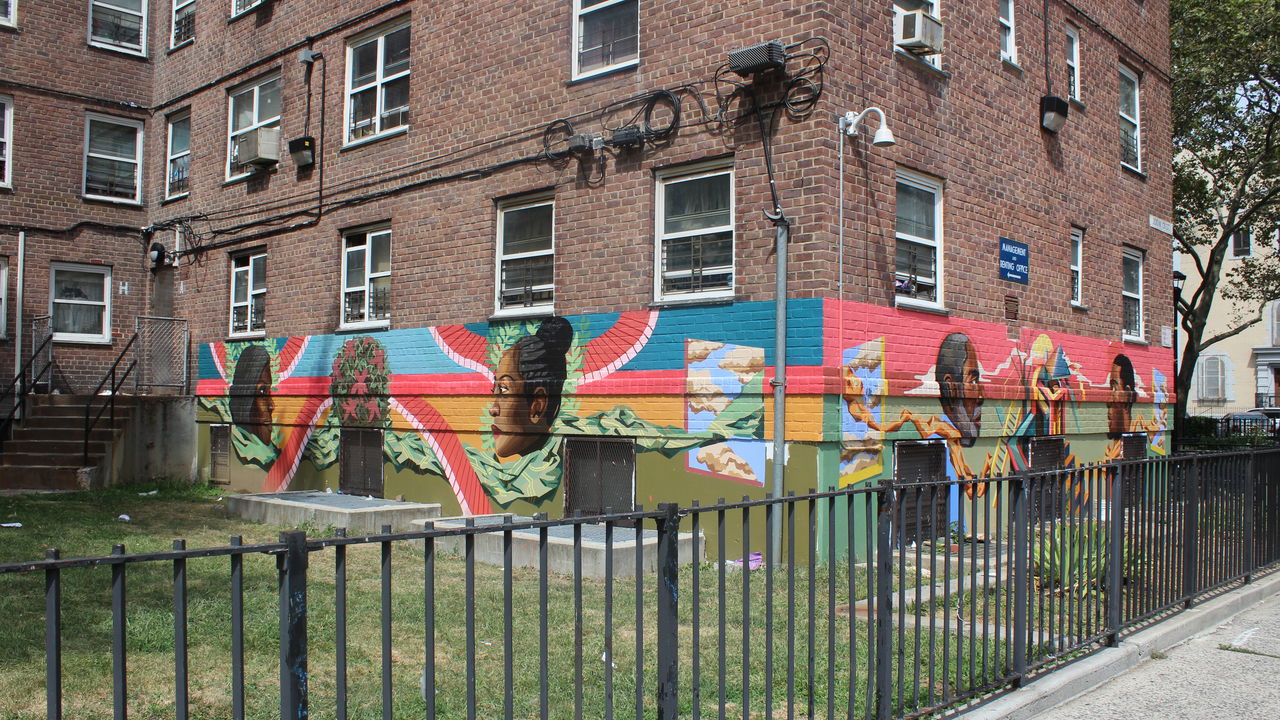 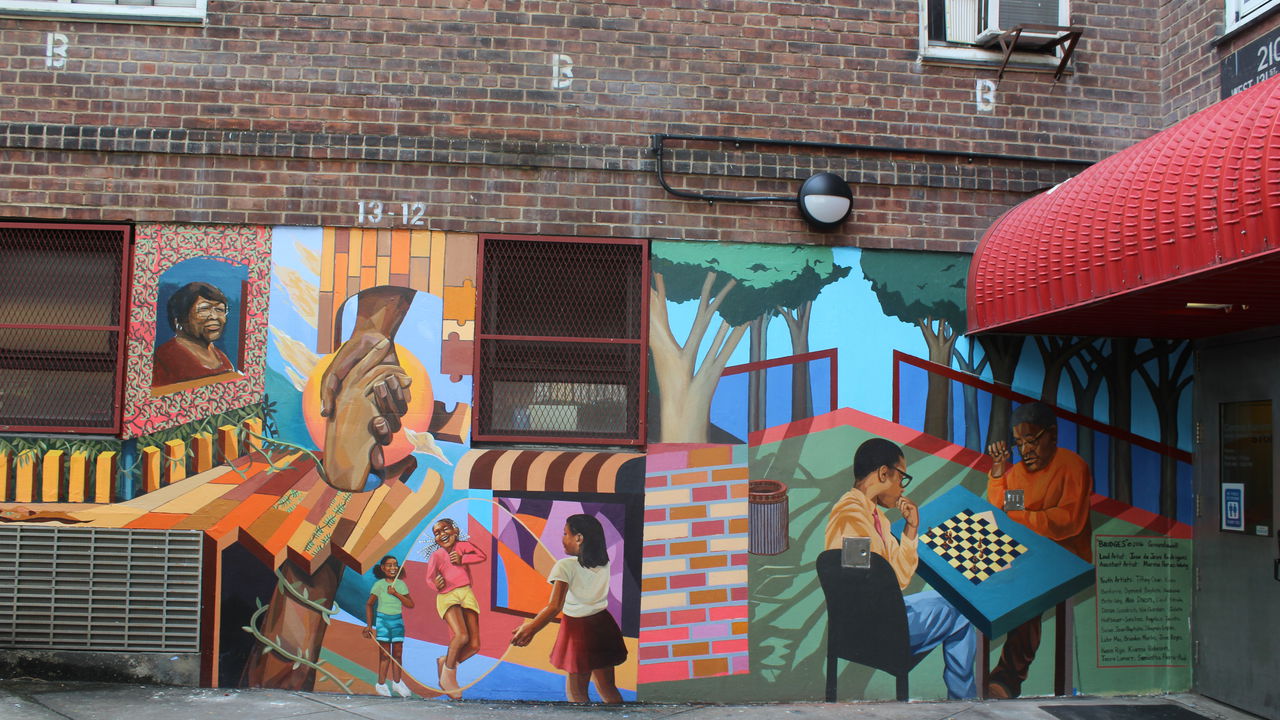 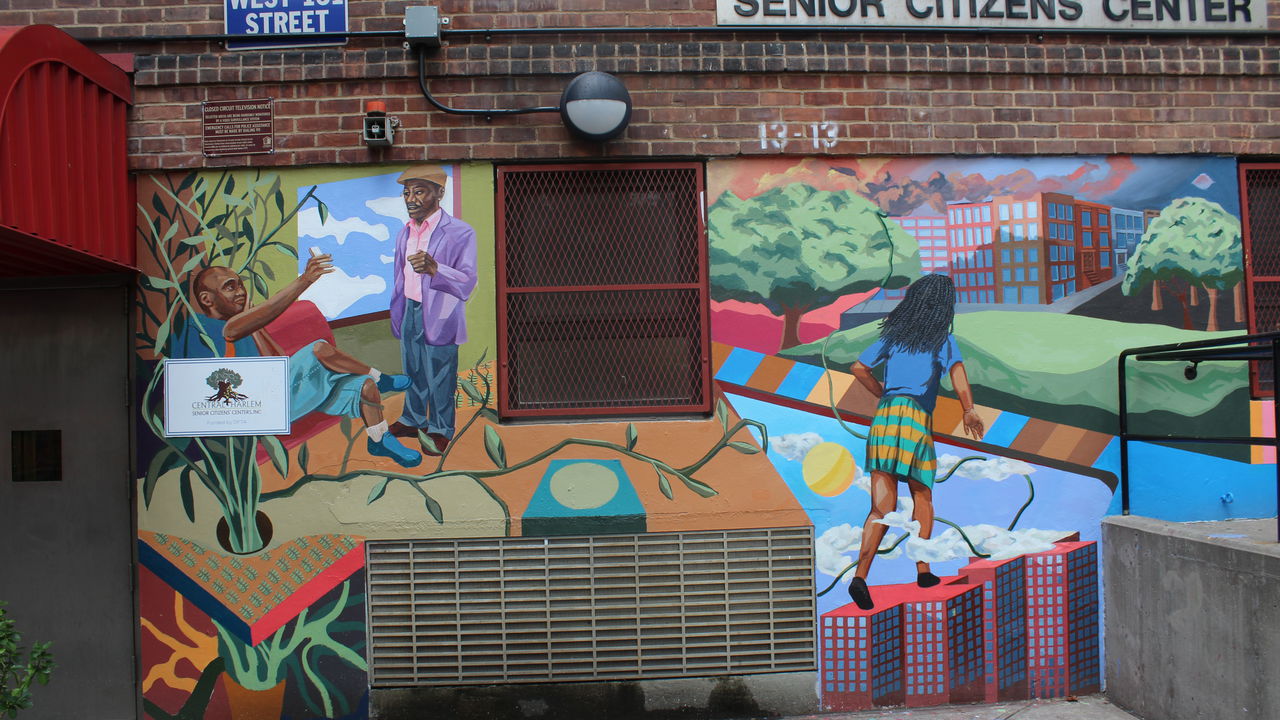 In Harlem, a team of young artists engaged local elders through the creation of a mural that has transformed the entrance to the Saint Nicholas Houses Senior Citizens Center. Their mural, Bridges, brought together different generations to inspire new perspectives on technology, community engagement, and youth activism. This mural is the third and final community mural in a series created with the nonprofit Groundswell to recognize the rich history of the Saint Nicholas Houses. The youth artists worked as part of Groundswells two-month long flagship summer youth employment program, the Summer Leadership Institute, presented in collaboration with the Saint Nicholas Tenant Association, New York City Council Member Ritchie Torres, and New York City Housing Authority (NYCHA).

In lessons facilitated by Lead Artist Jose de Jesus Rodriguez and Assistant Artist Marina Perez-Wong, the young artists researched, designed, and fabricated the mural. This mural is part of Groundswells larger Public Art / Public Housing Initiative, in which five developments identified from the Mayors Action Plan (MAP) for Neighborhood Safety, one in each of the five boroughs, have co-created three mural projects, for a total of 15 new public artworks throughout the city. The design uses architectural elements of the exist wallsuch as windows, vents, and staircasesto break-up the composition of the mural, and to introduce new narratives.

From the teams research phase, the youth artists found four common threads in the conversations they had with members of the community: technology, respect, recreational activities, and comfort zones. These keys words influenced their choice to center the mural on public communal spaces, such as parks and gardens. Both young and old are seen interacting in harmony and respect. Hands reach out for one another throughout the mural, to further emphasis connectivity between generations. Throughout the mural, children play games which have been played for decades, uniting the community of Saint Nicholas across time.

Through the mural-making process, the artist team became energized to become more involved in their communities. Youth artist Samantha Pierre-Paul (17) said, "I always knew there was a disconnect between the elderly and youth, but I didn't realize how big the gap was. I've become more connected with my own community. I speak to at least two elderly women regularly because I want to connect us better after finding out there was a separation. I'm more aware. This awareness makes me want to be a part of the community in a physical way, like showing up to community meetings, creating events, and so on."

By using art as a tool for social change, Samantha and her fellow young artists will strengthen the bonds between different generations at Saint Nicholas Houses and will inspire future generations of leaders in Harlem.