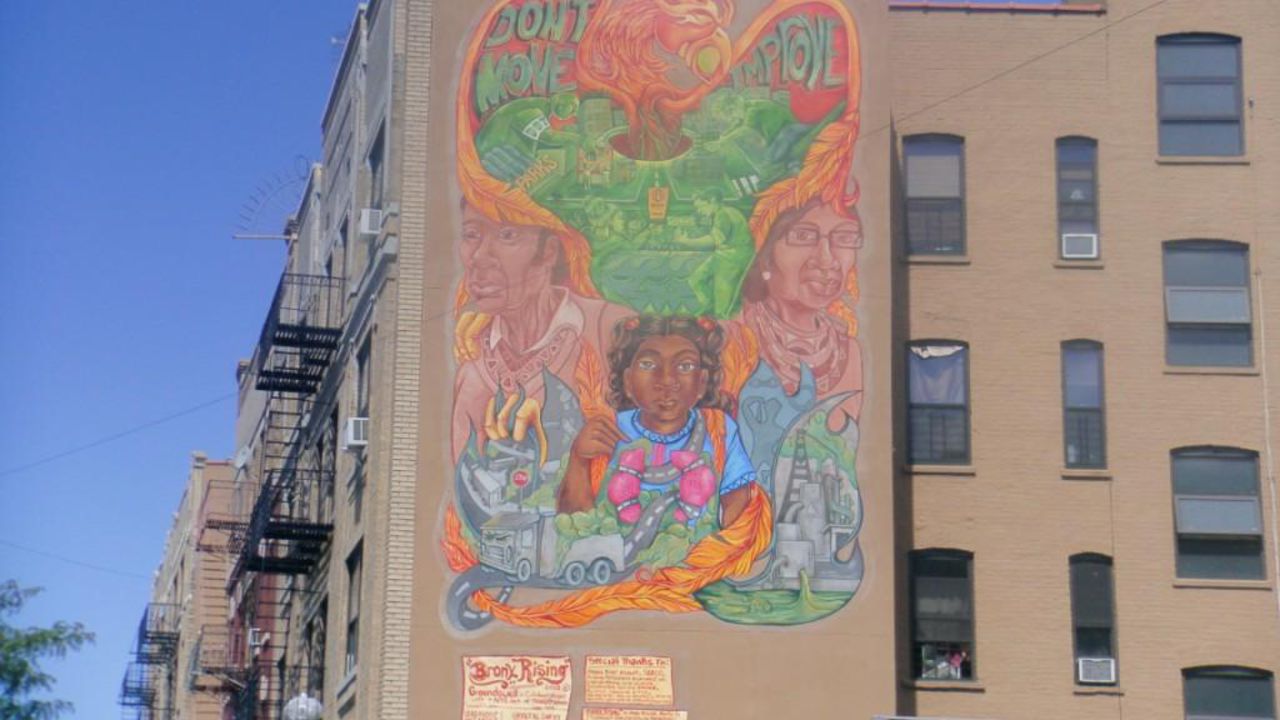 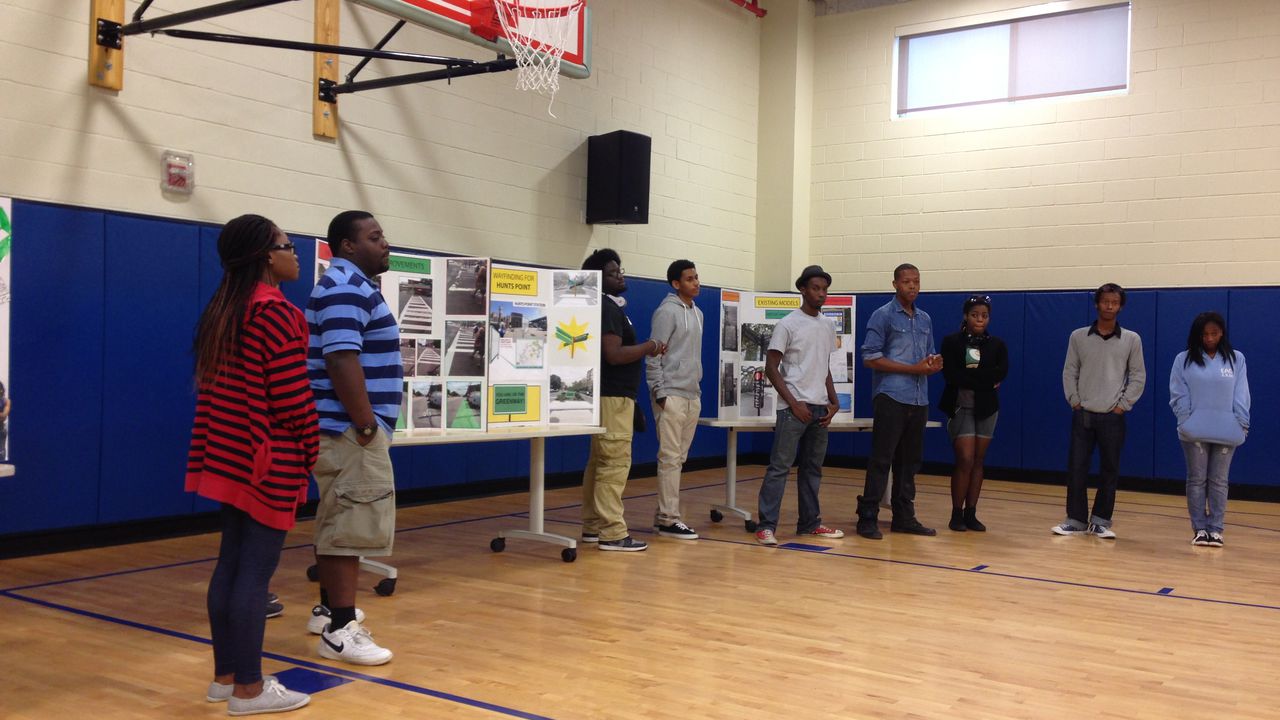 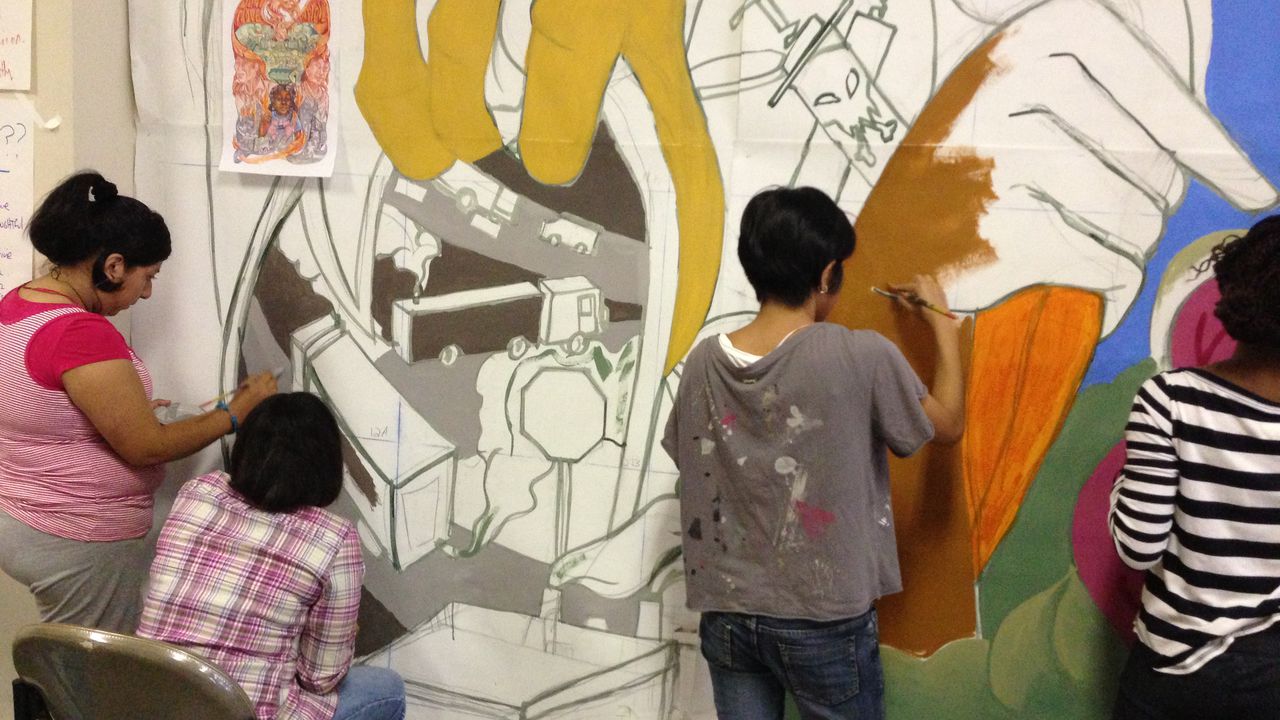 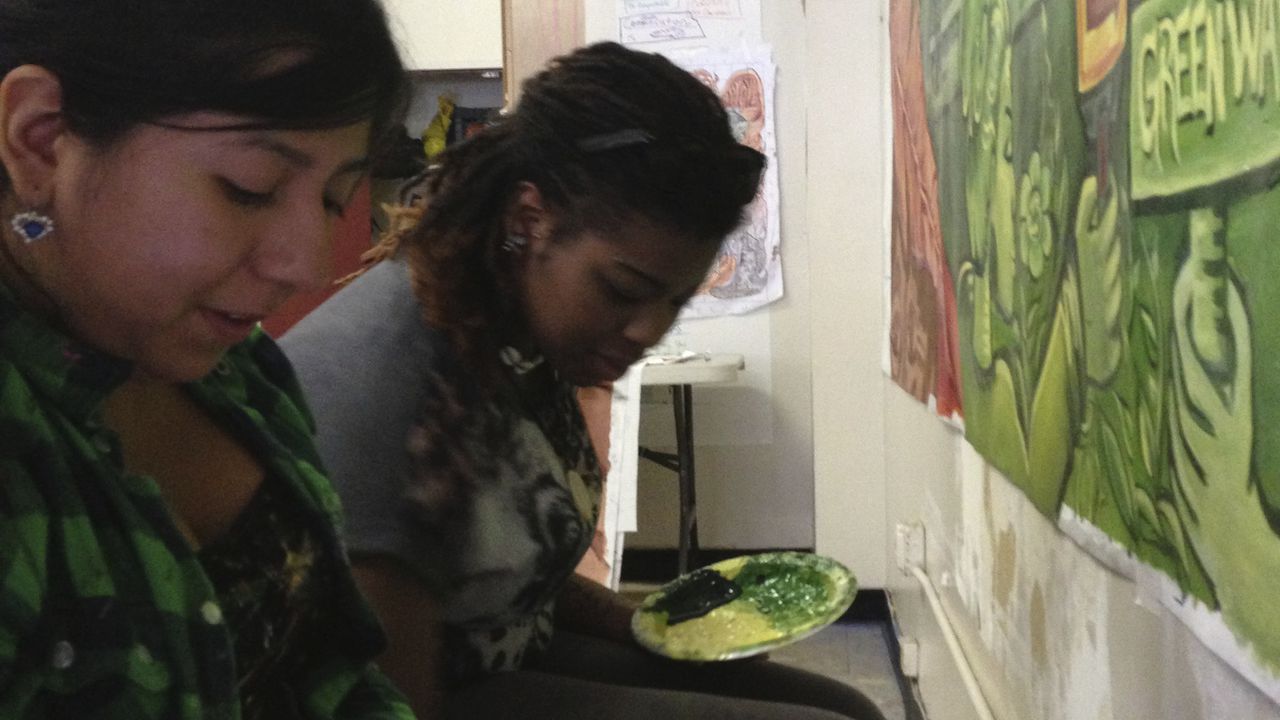 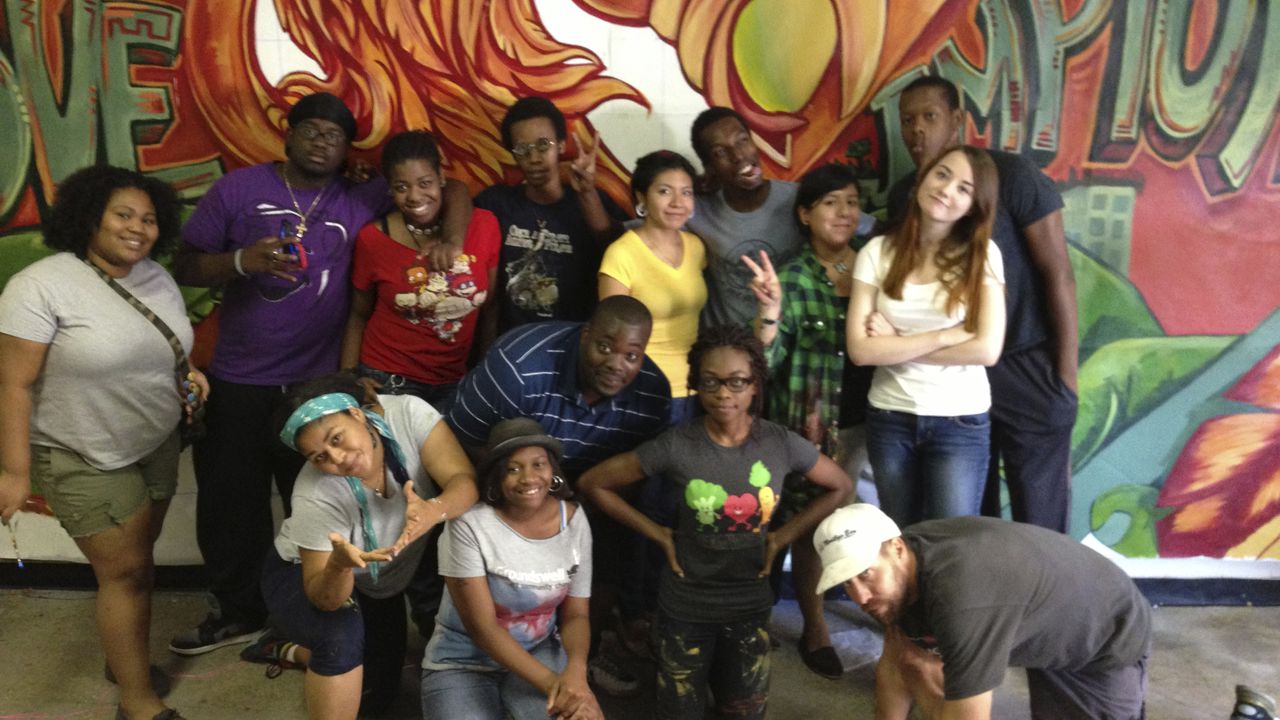 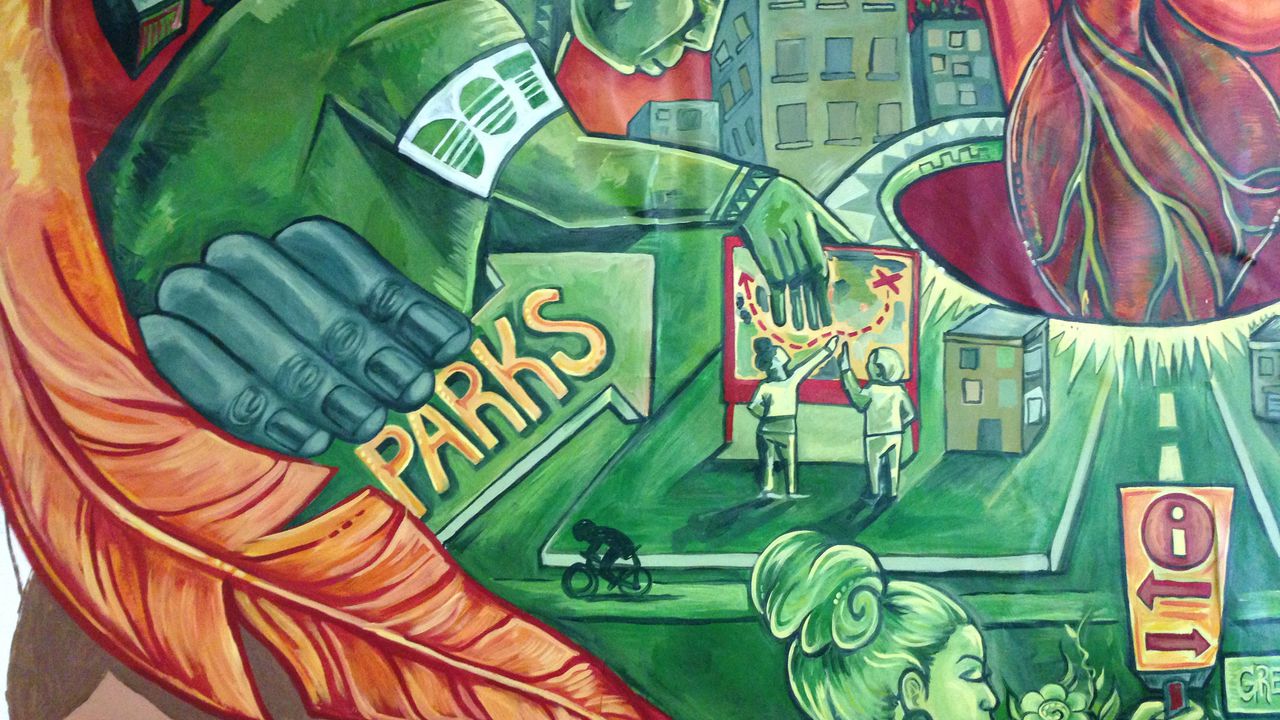 Bronx Rising presents a community-inspired vision for Hunts Point as a neighborhood on the rise, much as the phoenix rises from the ashes to achieve new life. In the mural, a central figure of a young girl is supported on either side by elders from her neighborhood who have worked to achieve a safer, more sustainable community. Figures above plant trees, re-imagine the streetscape, and direct residents to newly created neighborhood parks. Text along the top encourages residents to Dont Move. Improve.

Bronx Rising was completed as part of StreetWise: Hunts Point, a two-year campaign to engage community members in identifying and prioritizing transportation and related-environmental concerns in their South Bronx community. The mural is the culminating public artwork created in a series of five StreetWise: Hunts Point projects presented, thanks to support from the Rockefeller Foundation and its Cultural Innovation Fund.