Buy Your Mama A House 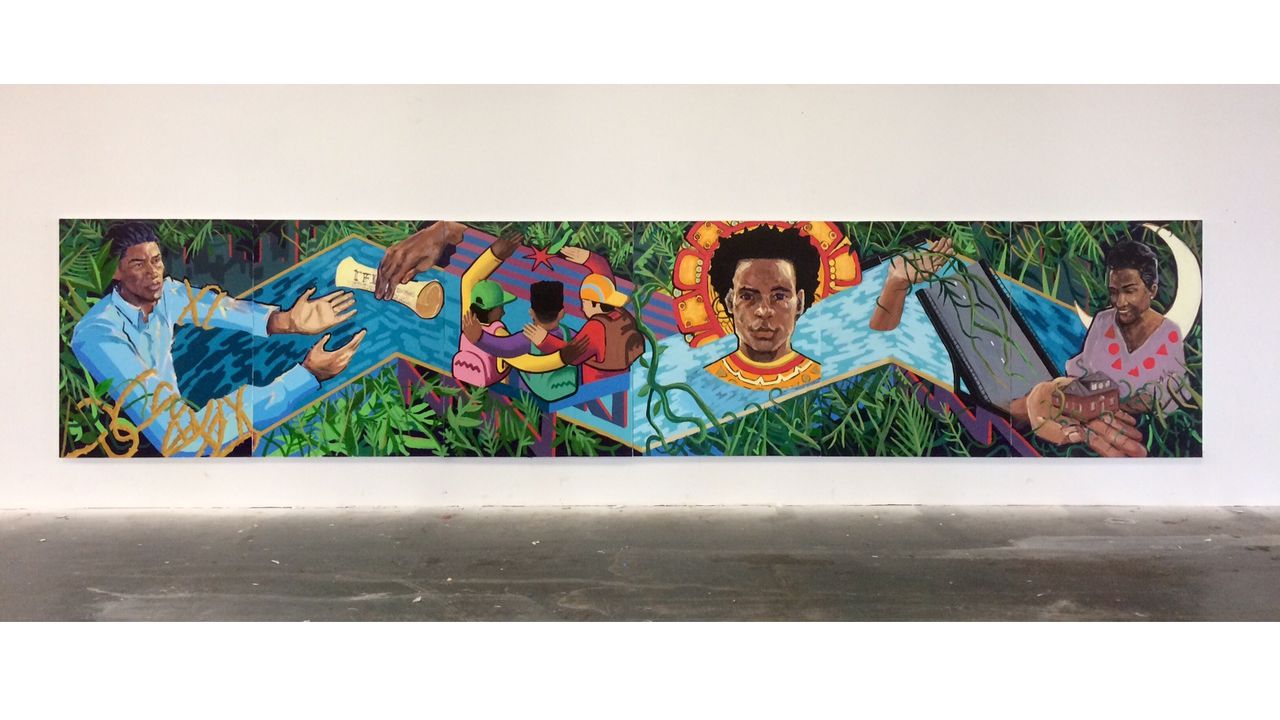 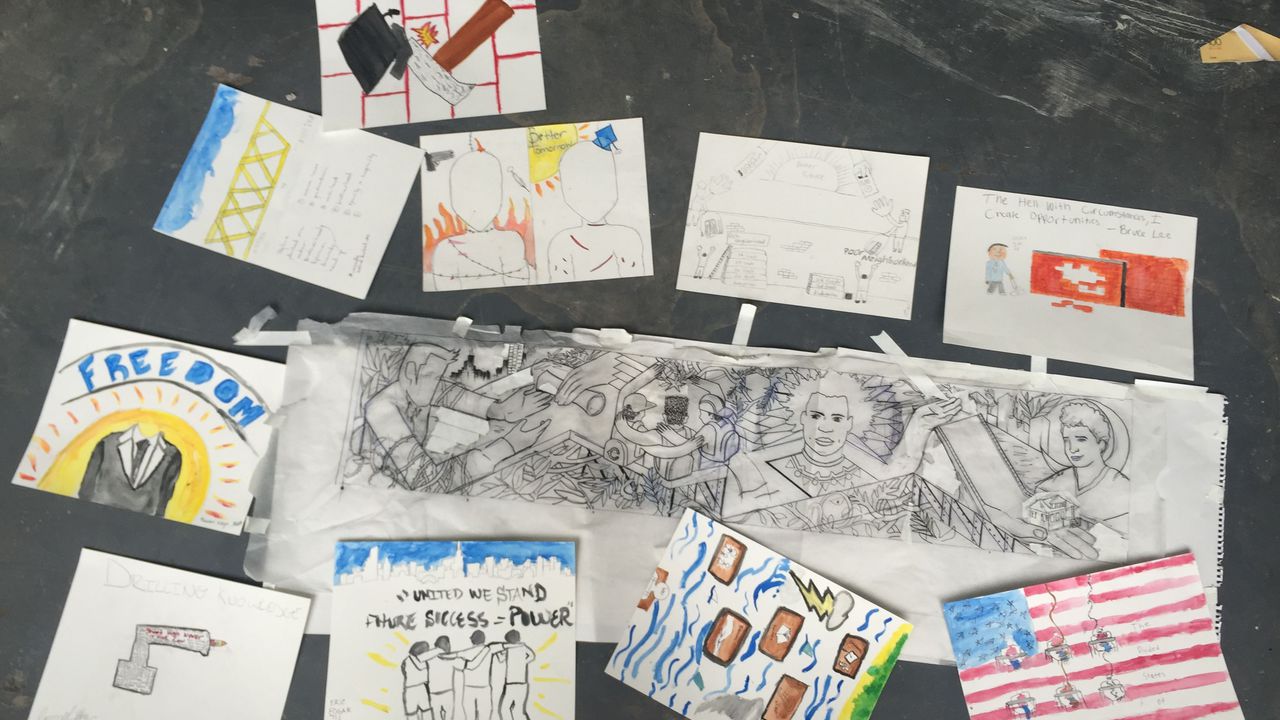 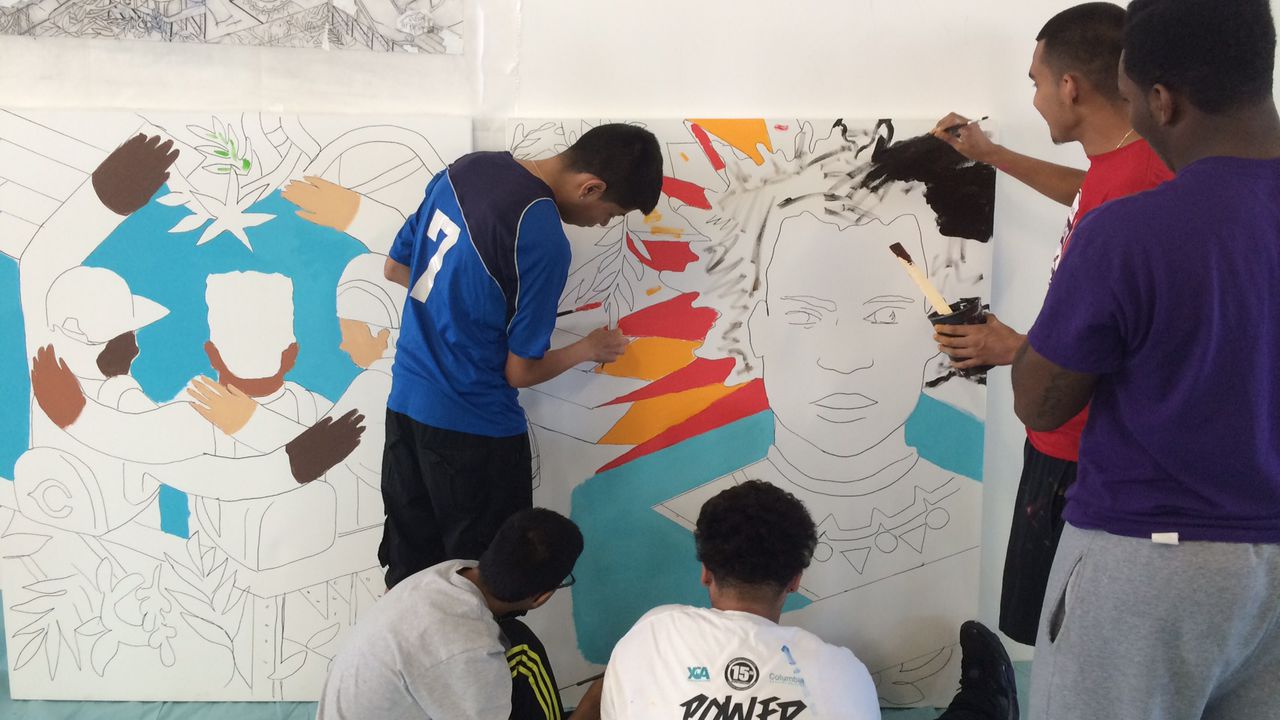 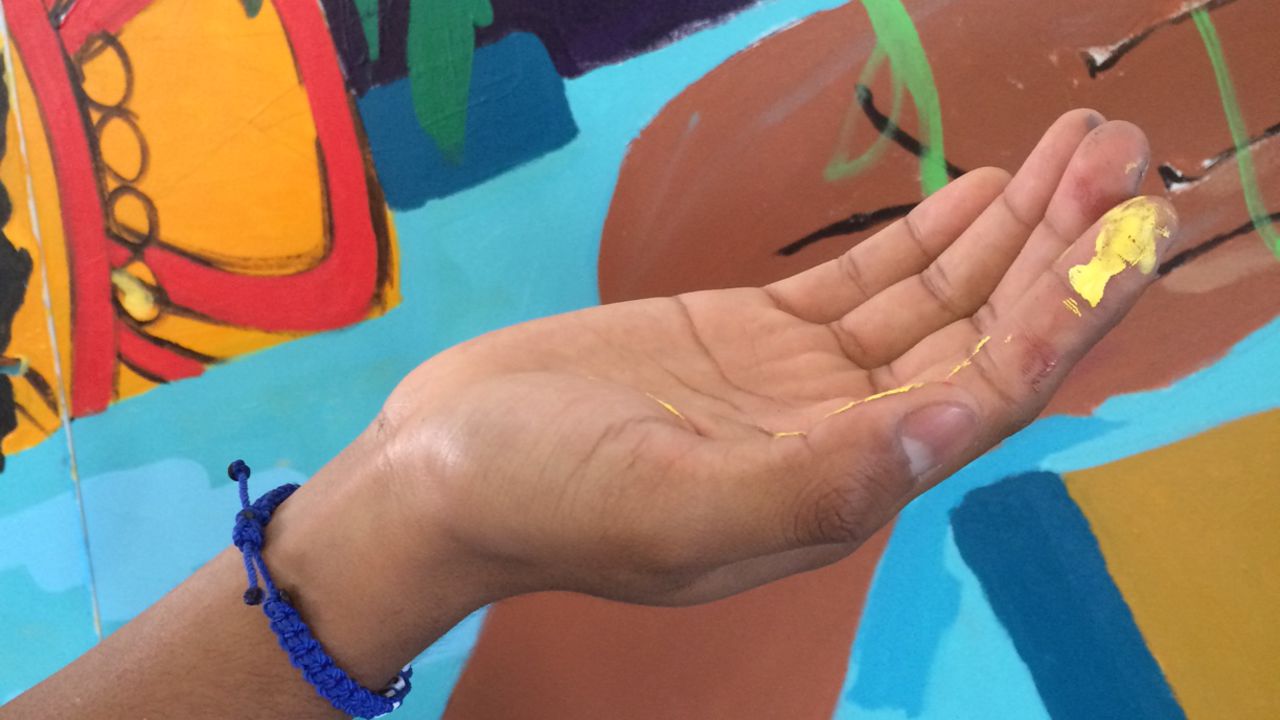 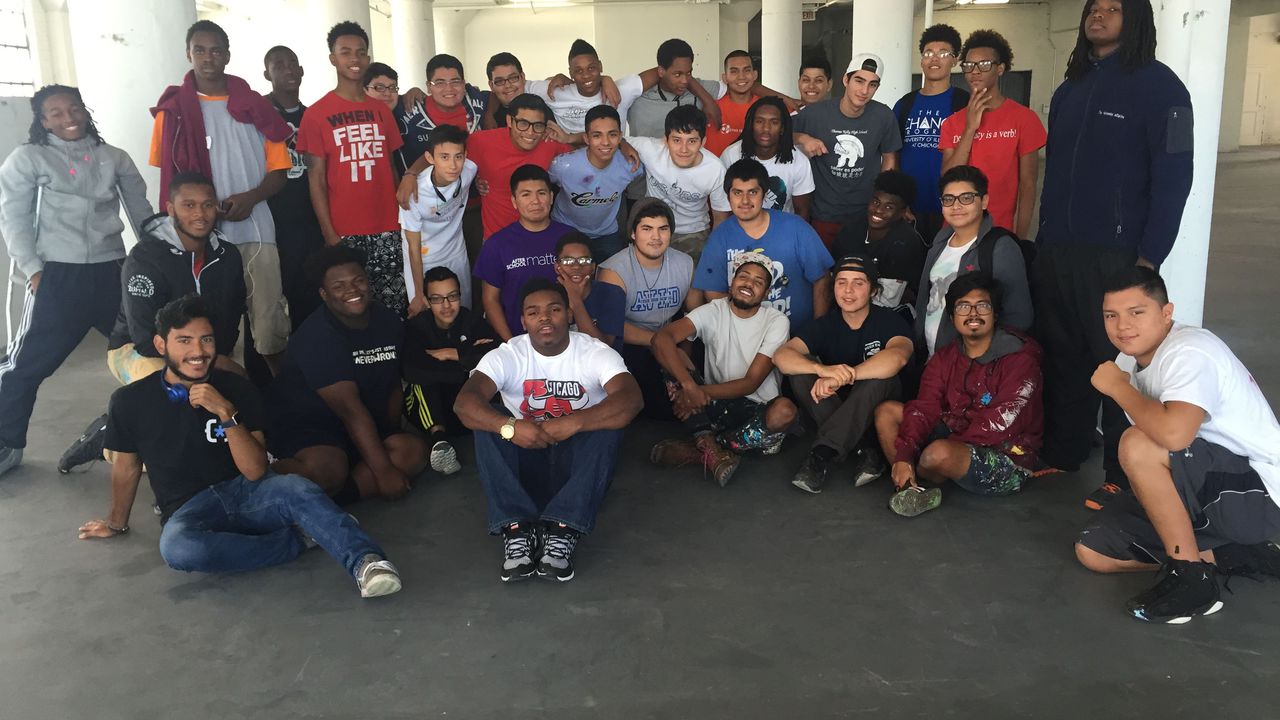 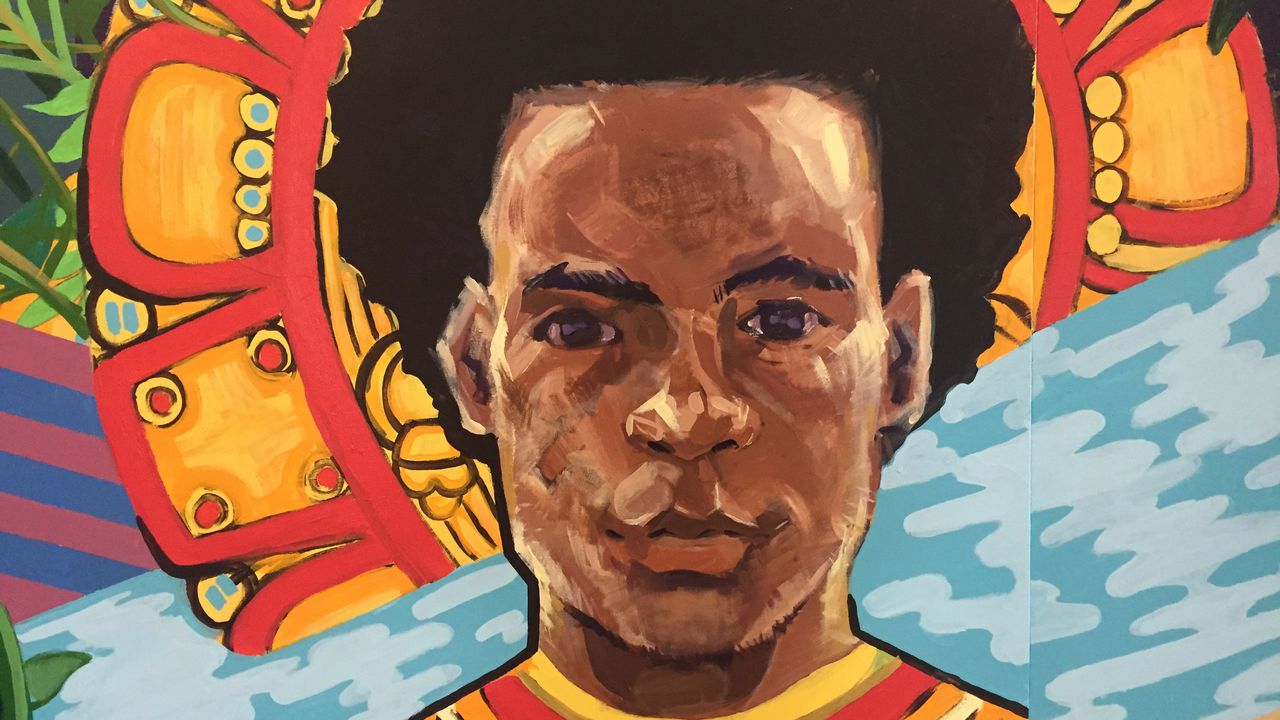 Over spring break, a group of high school sophomores in JPMorgan Chases program, The Fellowship Initiative (TFI), teamed up with four Groundswell artists to create a mural addressing the issue of young male achievement and advancement. The team's creative choices were inspired by a tour of the murals in the Pilsen neighborhood during the research stage of the process. The murals they saw illustrated local communities struggle to have indigenous traditions recognized and to have space created for them to expand on their culture. They also visited the National Museum of Mexican Art, where they studied works that strongly inspired the color choices of the final design. To create the design, the fellows were split into teams of four to visualize how they interpreted the colloquialism, "Making It". The four lead artists Ashton Agbomenou, Angel Garcia, Jose de Jesus Rodriguez, and DonChristian Jones combined the fellow's thoughtful sketches into one cohesive design. The final mural includes a stream of water flowing through the pathway of success for the young scholars. To the left, thorns try to restrain the bound scholar as he reaches out for a diploma. The thorns symbolize the harsh conditions that young people can often find themselves in when trying to succeed in life. At the center of the mural, a man surrounded by gold can be interpreted as a sun god or the Spirit of Success. He pays homage to the burning urge to succeed that a lot of young adults have but for one reason or another cannot immediately attain. To end the mural, a hand, having finally achieved success, offers a mother figure a house.