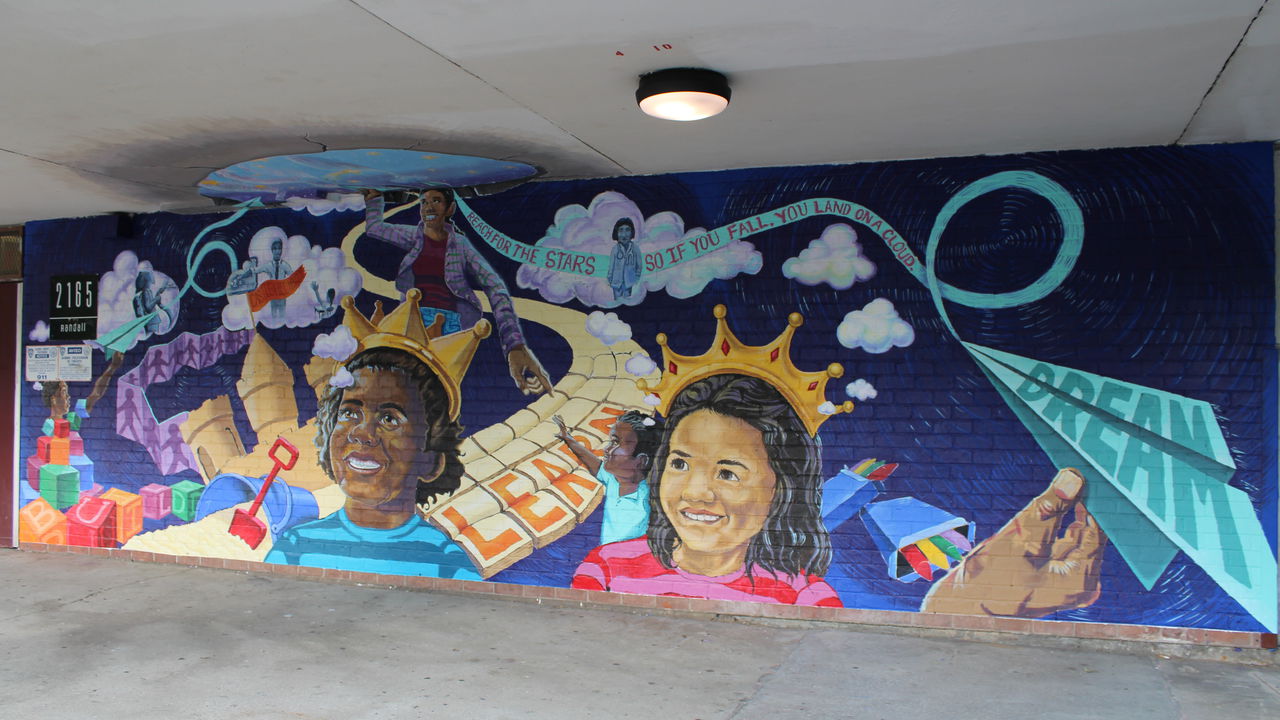 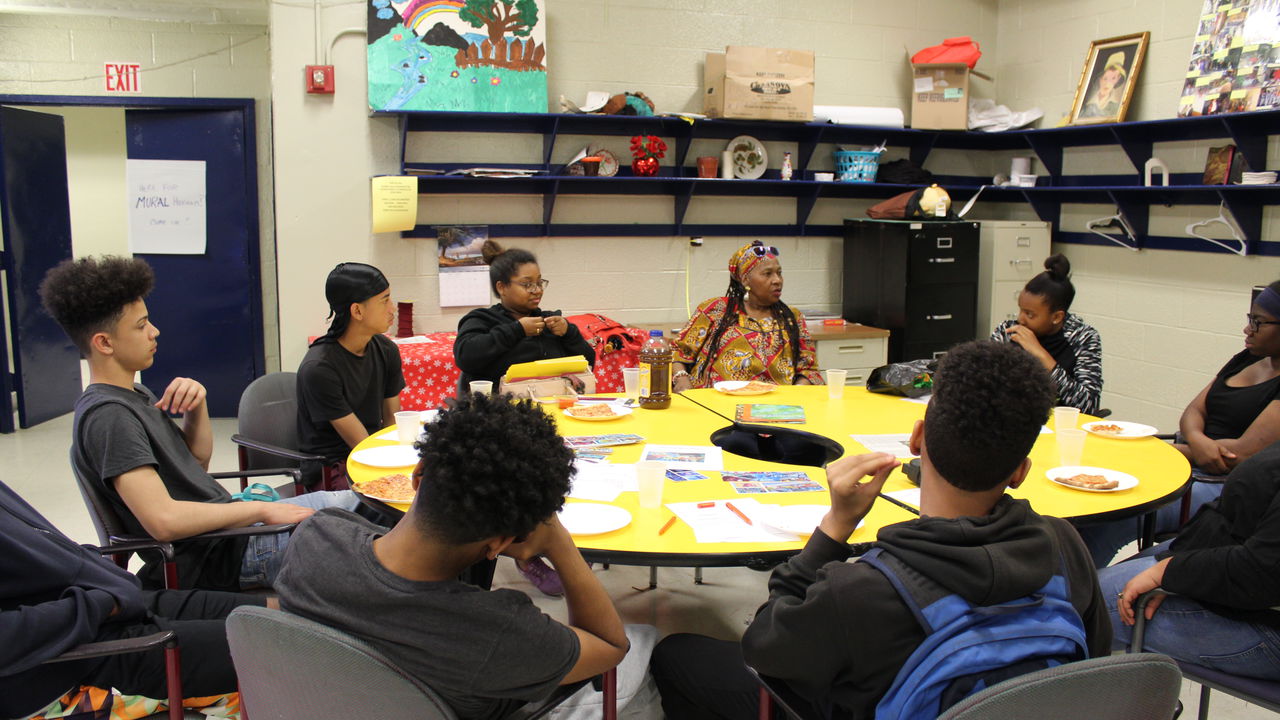 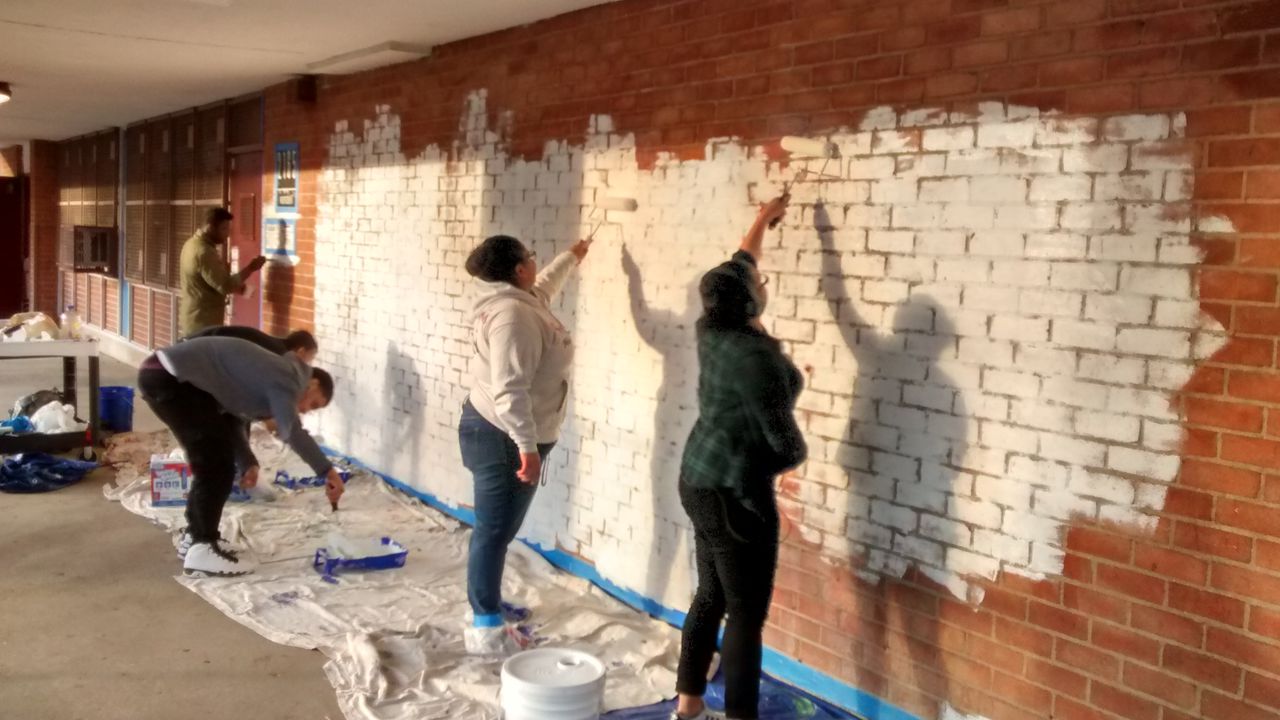 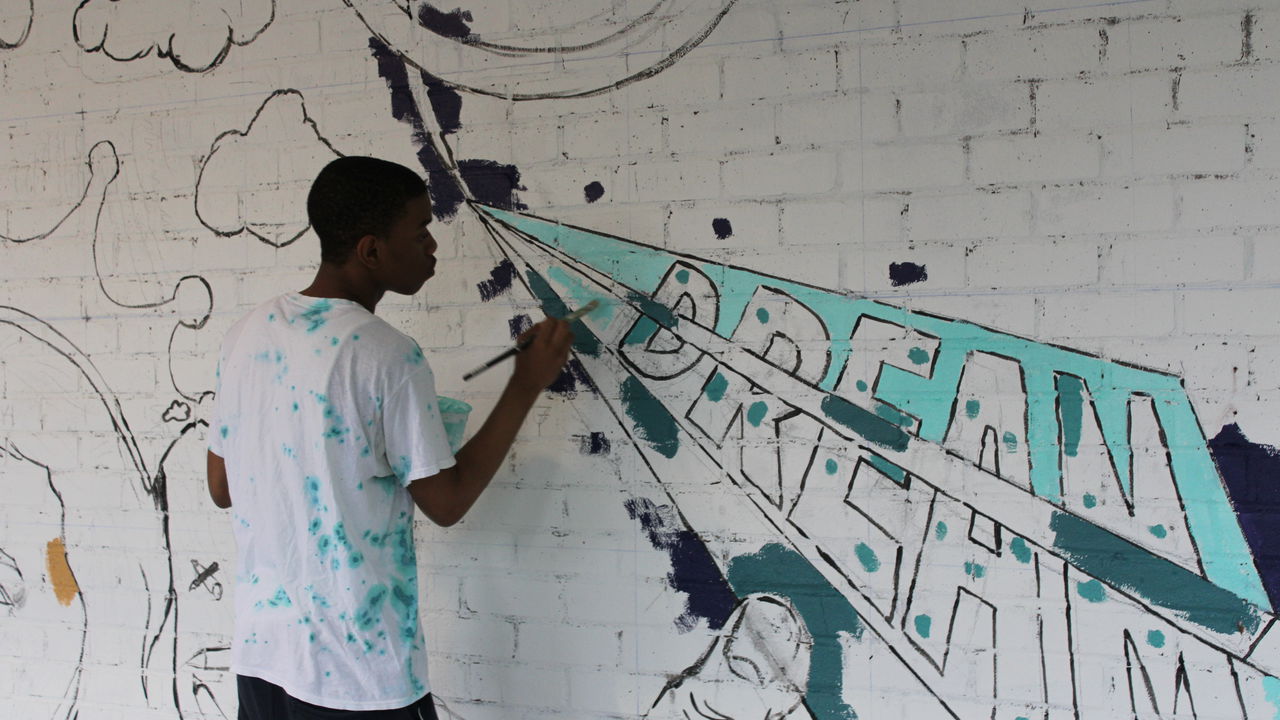 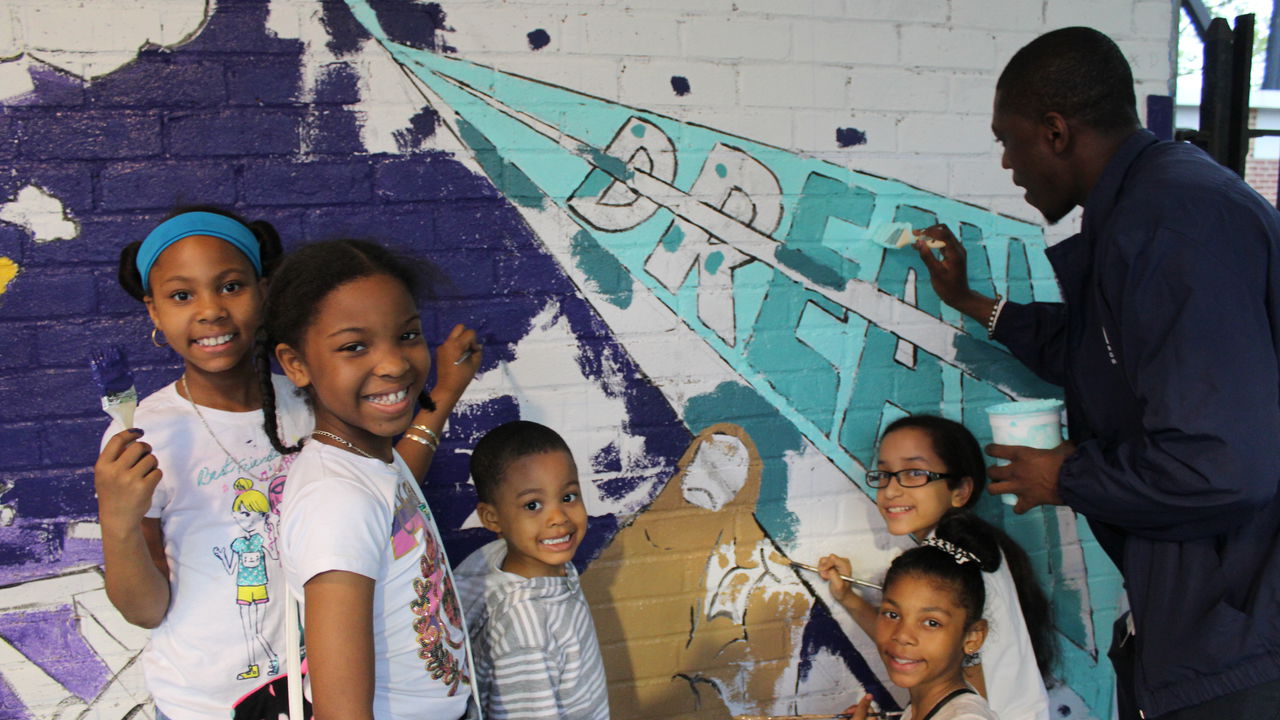 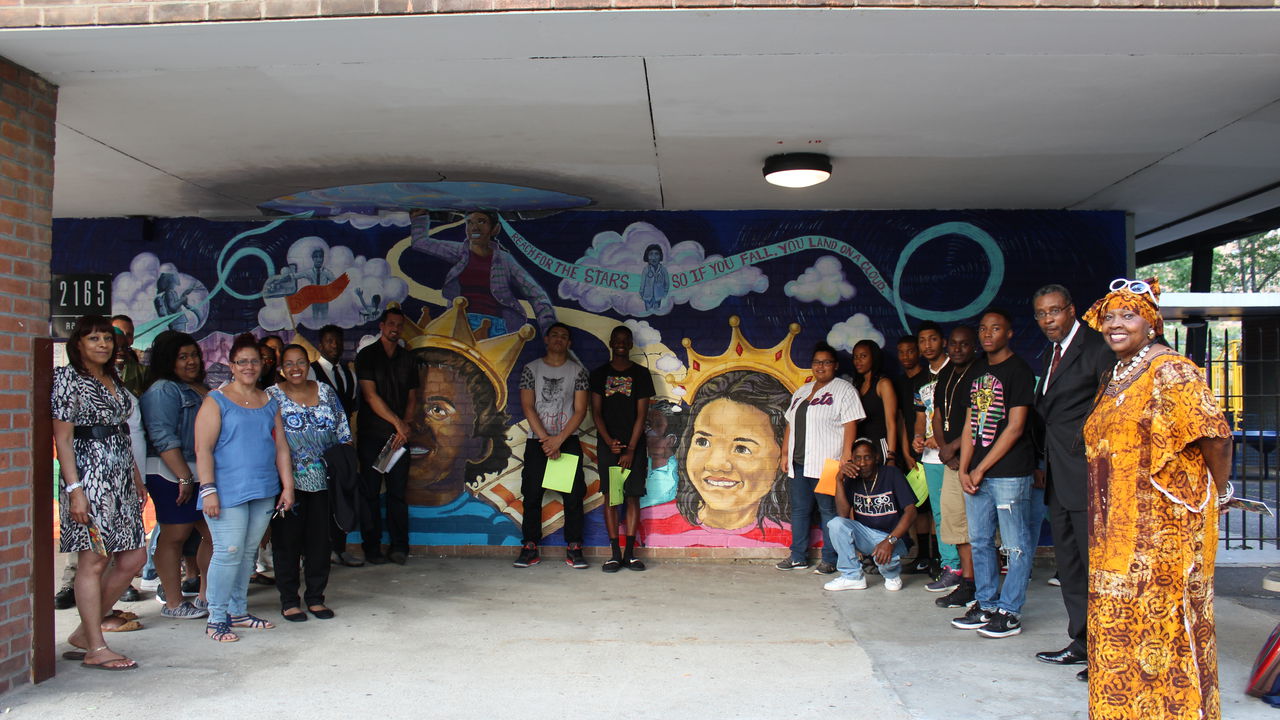 Dreams and Aspirations centers on the message: the future is in our children. The mural is located at the entrance of a childcare center. The artist team focused on the creating a piece that the young children at the daycare will be able to see themselves reflected in. The mural incorporates child appropriate symbols such as alphabet blocks, paper airplanes, and sandcastles. Figures of varying ages look upward through clouds and ladders towards their ended future in the sky. The upward movement in the murals composition symbolizes the sights of children as they look toward their own futures, unimpeded by any obstacles. The mural extends to the ceiling, with a young man throwing a paper plane into a galactic sky. Dreams and Aspirations shows that children are active agents of change.