For Freedom, For Glory 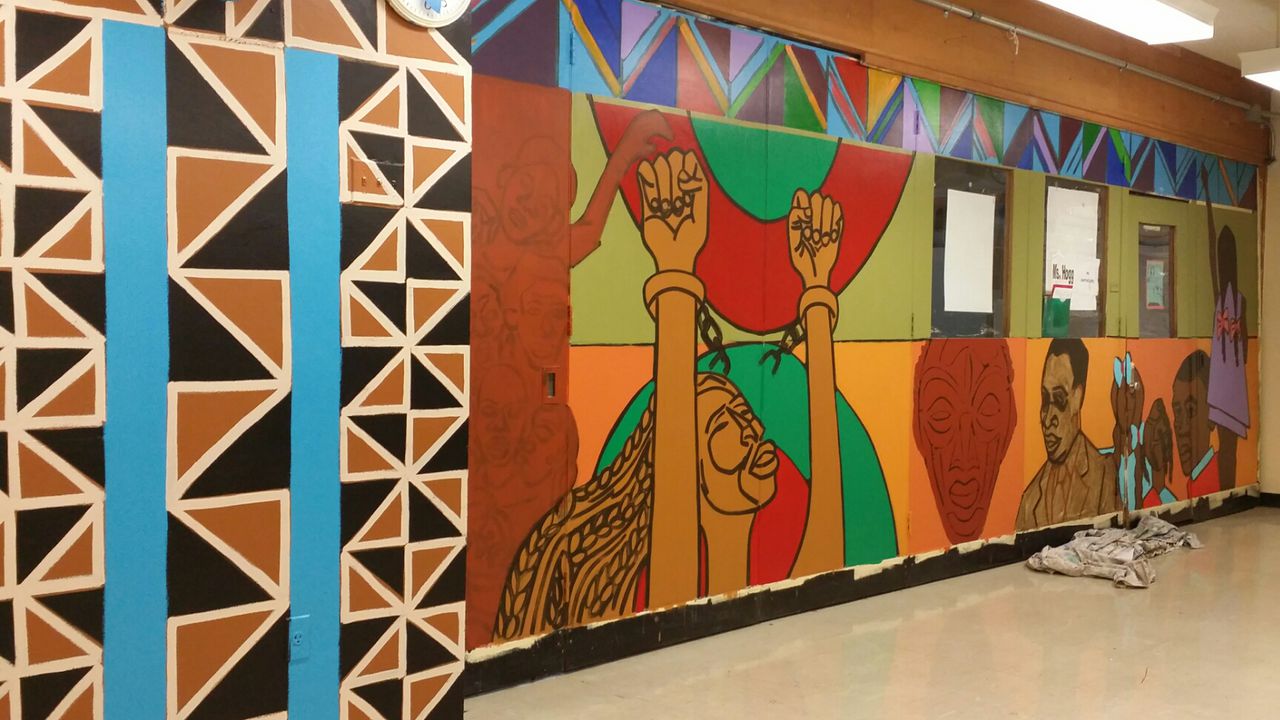 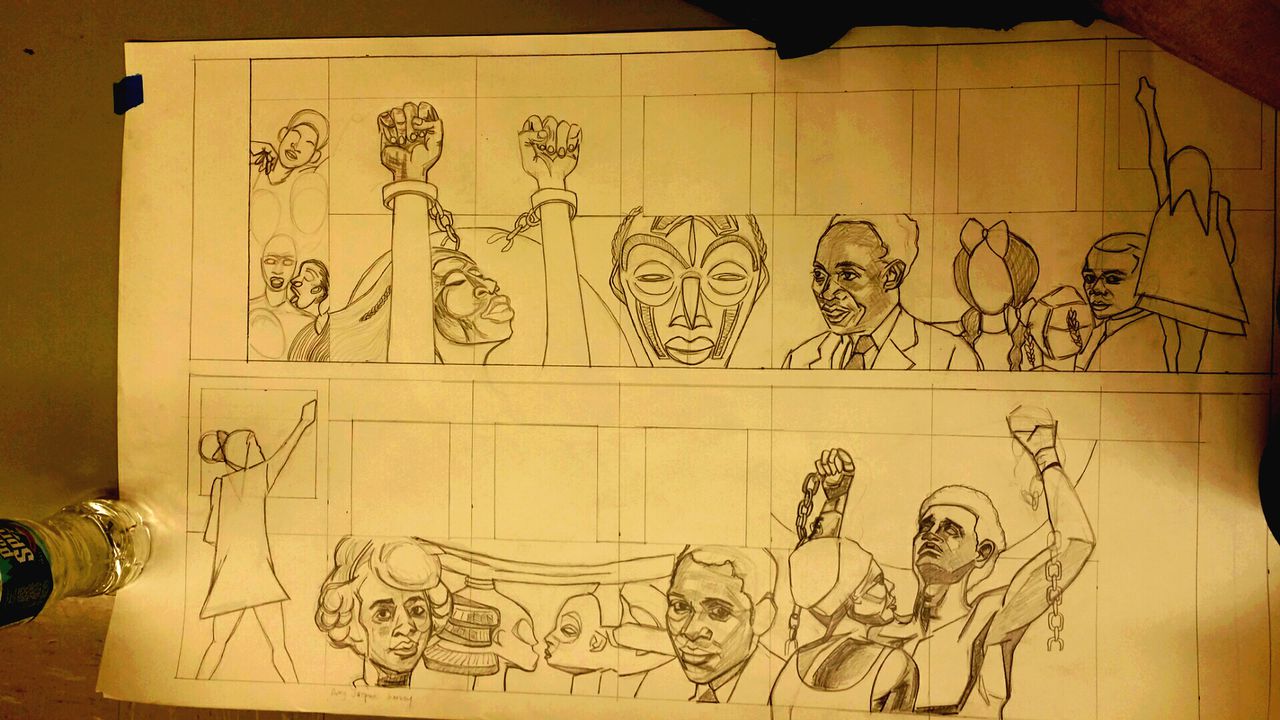 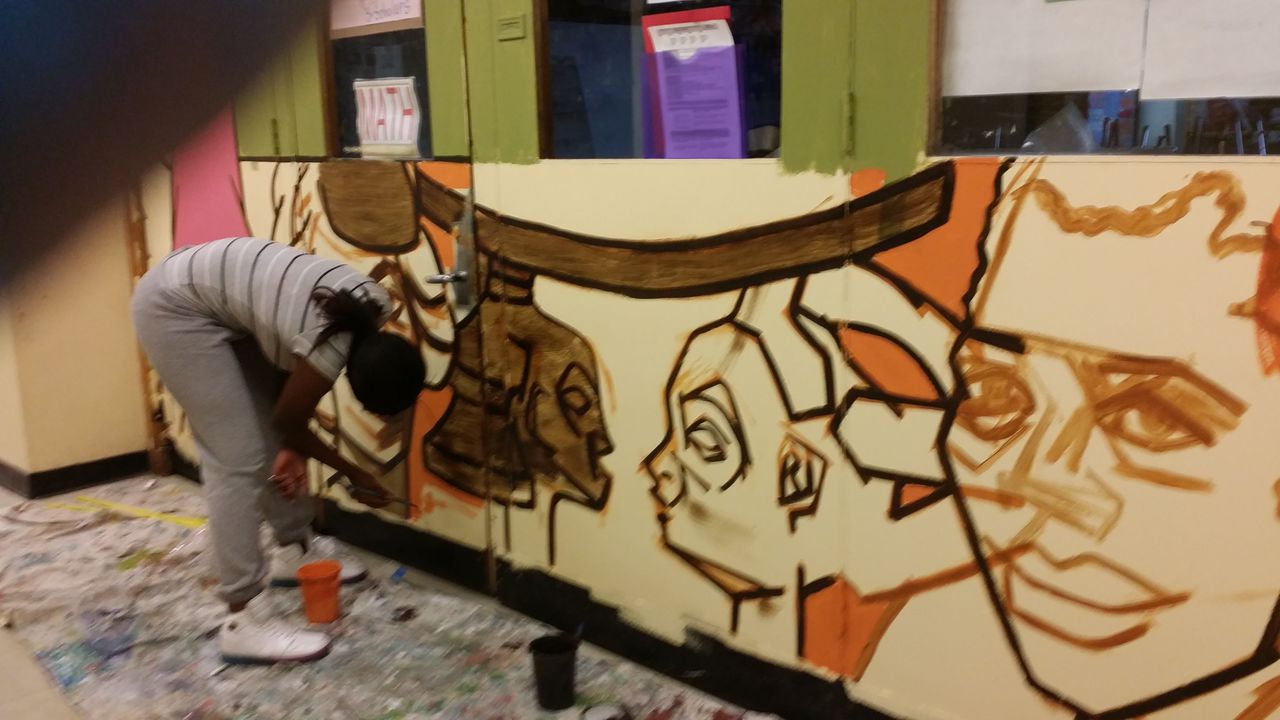 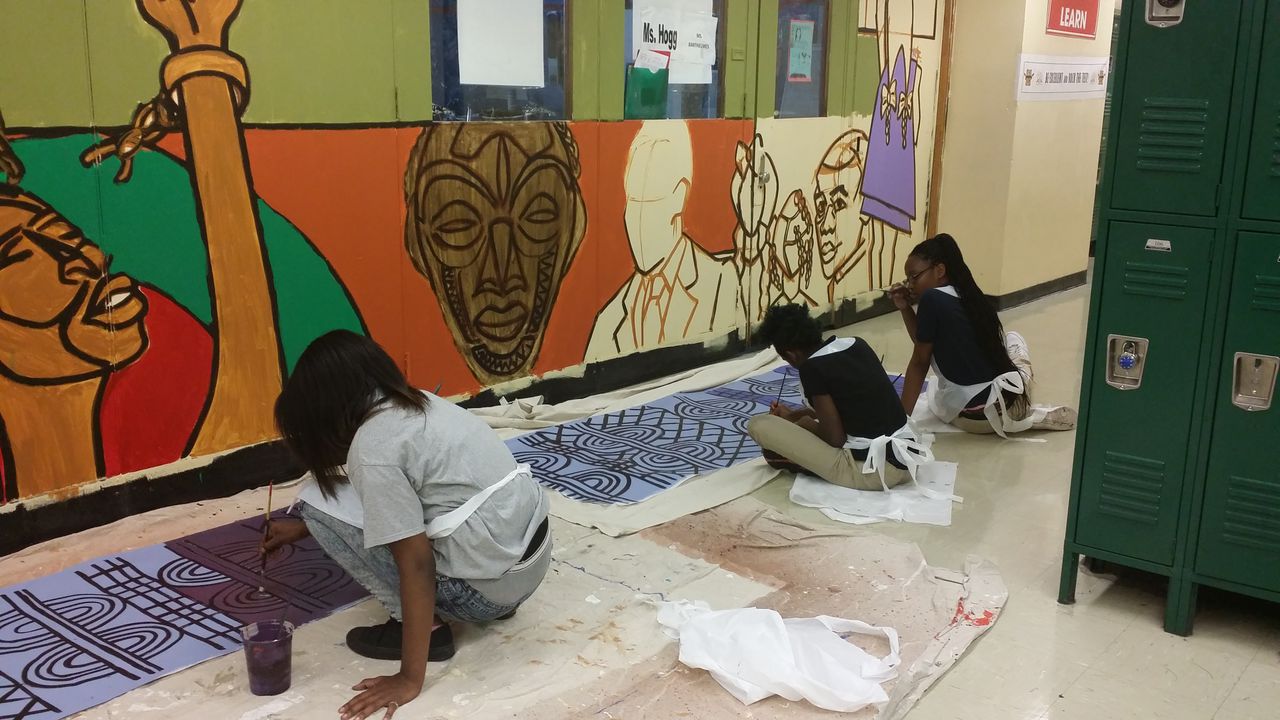 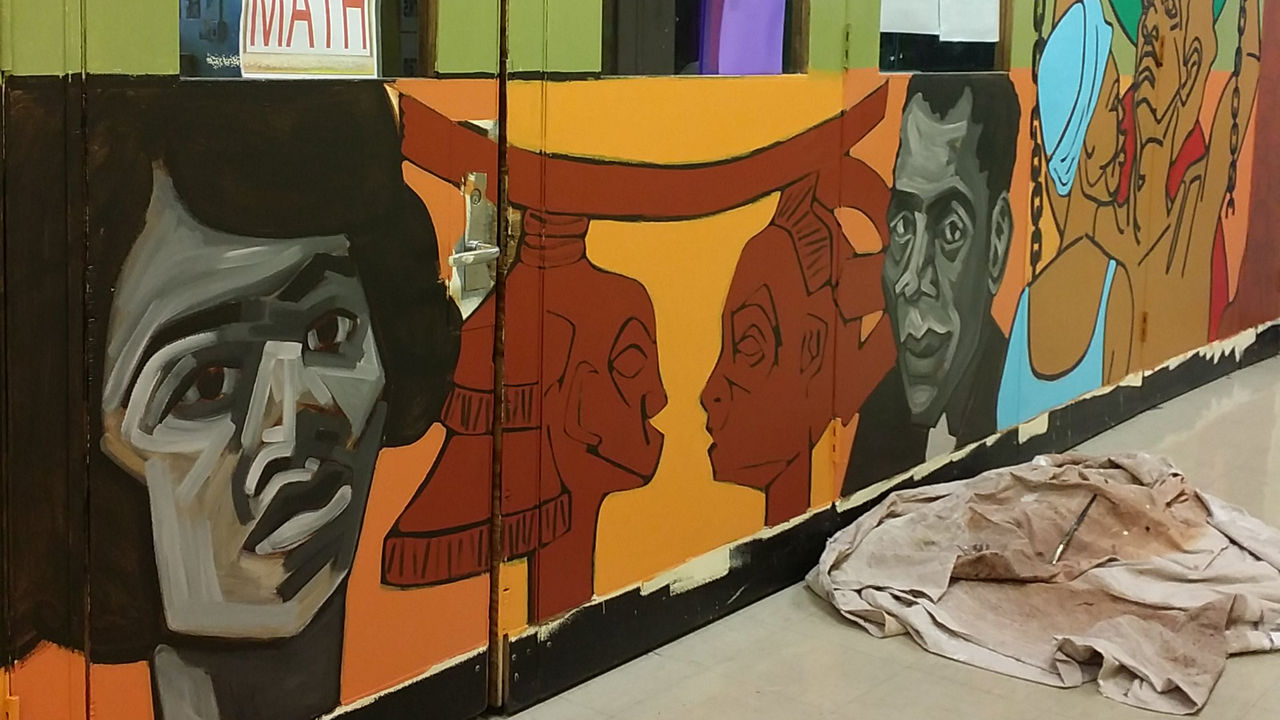 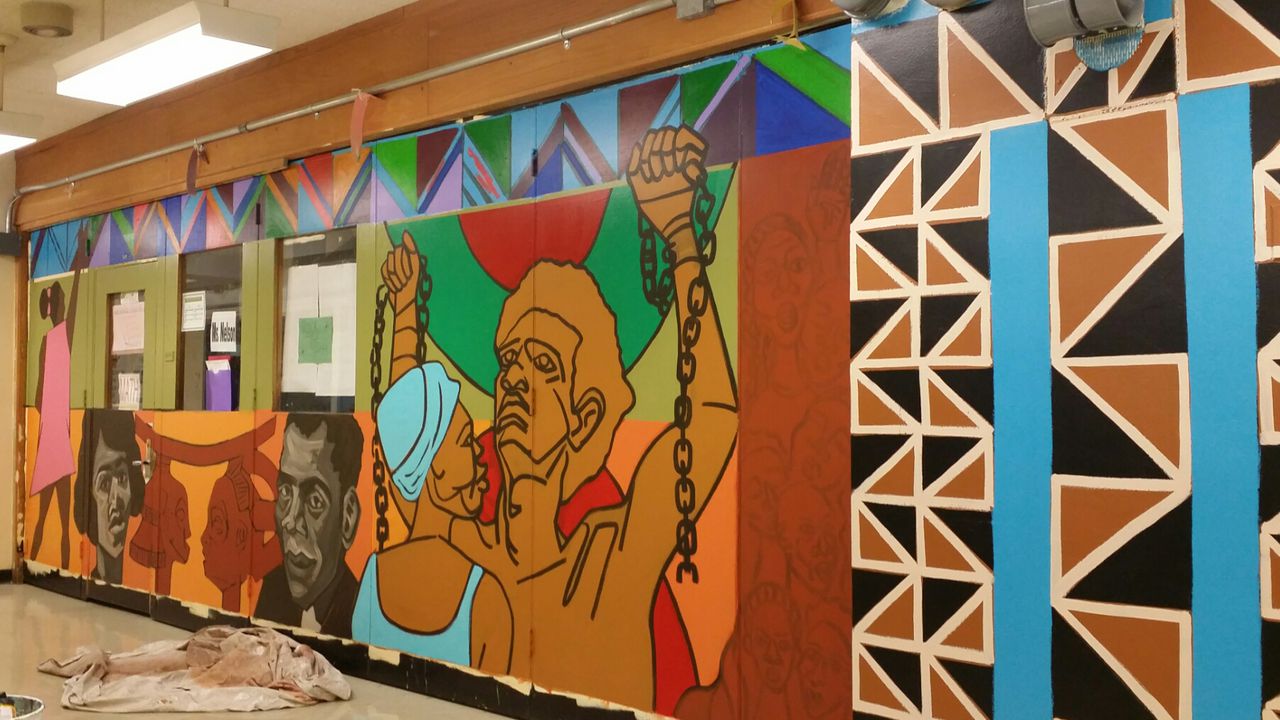 Through a partnership with SCO Family of Services and East New York Middle School for Excellence, Groundswell facilitated the research, design and creation of three murals created by youth. Each of the murals was created in three 16-session over the 2014-2015 school year as part of ENYMSEs SCO afterschool programing. Each project focused on portraying history and heritage of African Americans and people of color. For Freedom, For Glory reflects across a pillar that divides the mural in two. The reflection brings together various important imagery of African and African American history. The goal of the mural was to illustrate the African experience in the West, African-American History, and more specifically black resistance to slavery. The young female figure on the very left is inspired by Jacob Lawrences artwork titled, No. 58, In the North the Negro had better educational facilities. Showing a figure striving for higher education (in any form) felt appropriate for this murals school setting. Further inspired by Jacob Lawrences piece, the piece includes many historic Black men and women who, as activists, were a part of the Pan African movement. These historic figures include Paul Robeson, Amy Jacques Garvey, and Kwame Nkrumah. To connect the mural to the three-part series, this mural focuses on Pan-African images and colors. To encourage the solidarity of Africans worldwide, the team included imagery inspired by African posters of protest against apartheid, specifically the women on the right section wearing handcuffs on her wrists. This figure symbolizes the emancipation thats granted when will and determination are exercised. To remember the history of the slave trade, the youth included sculptures from Senegal that would relate to the mural design. The figures are of a woman and a man staring into each others eyes which represent freedom by love, both platonic and romantic.