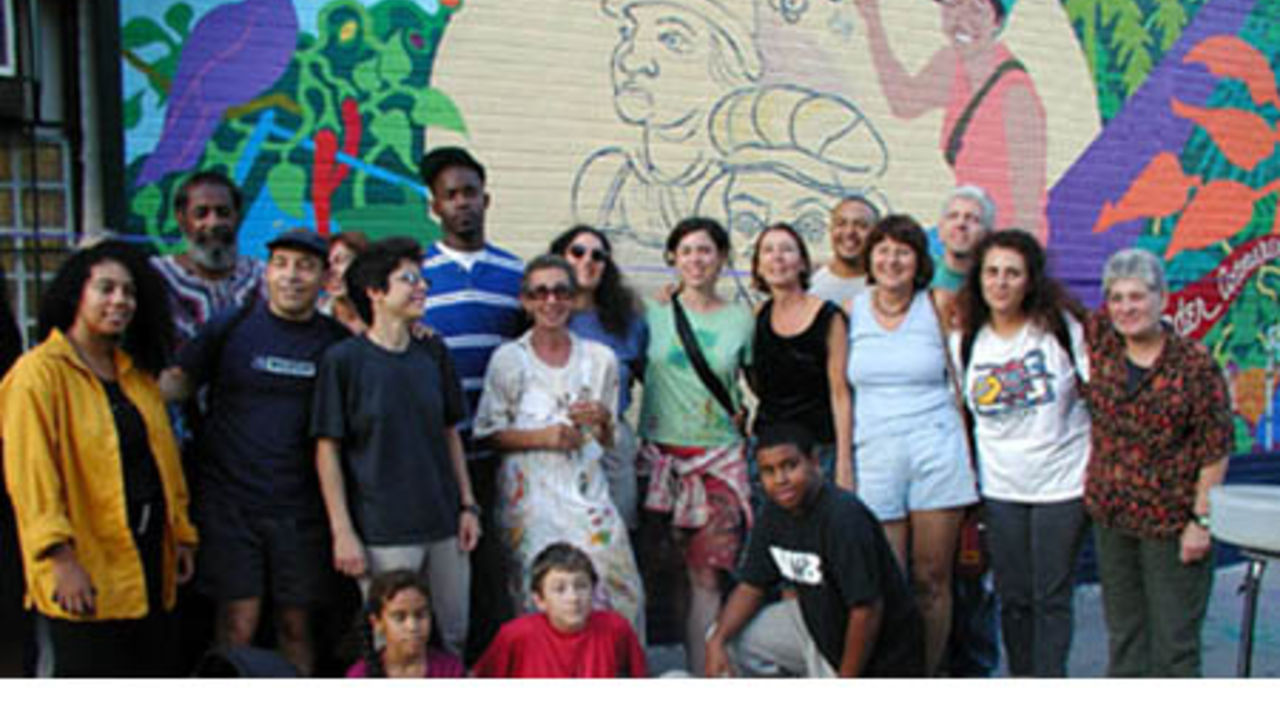 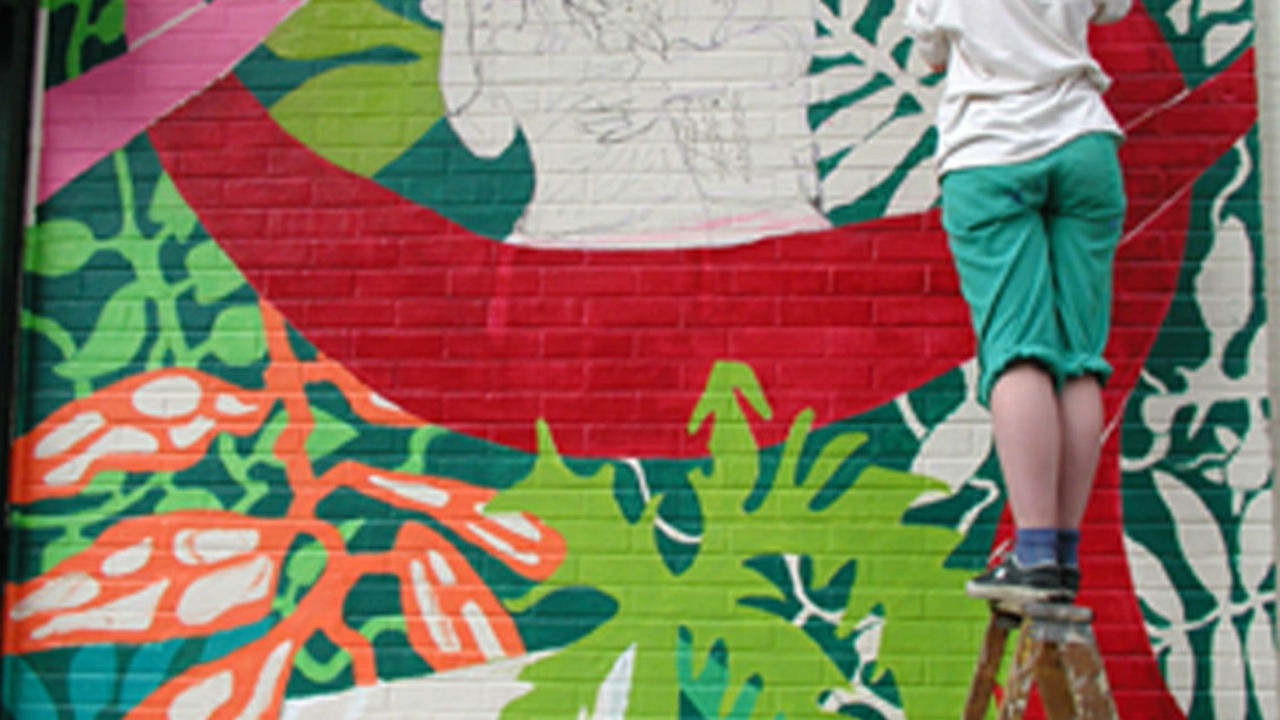 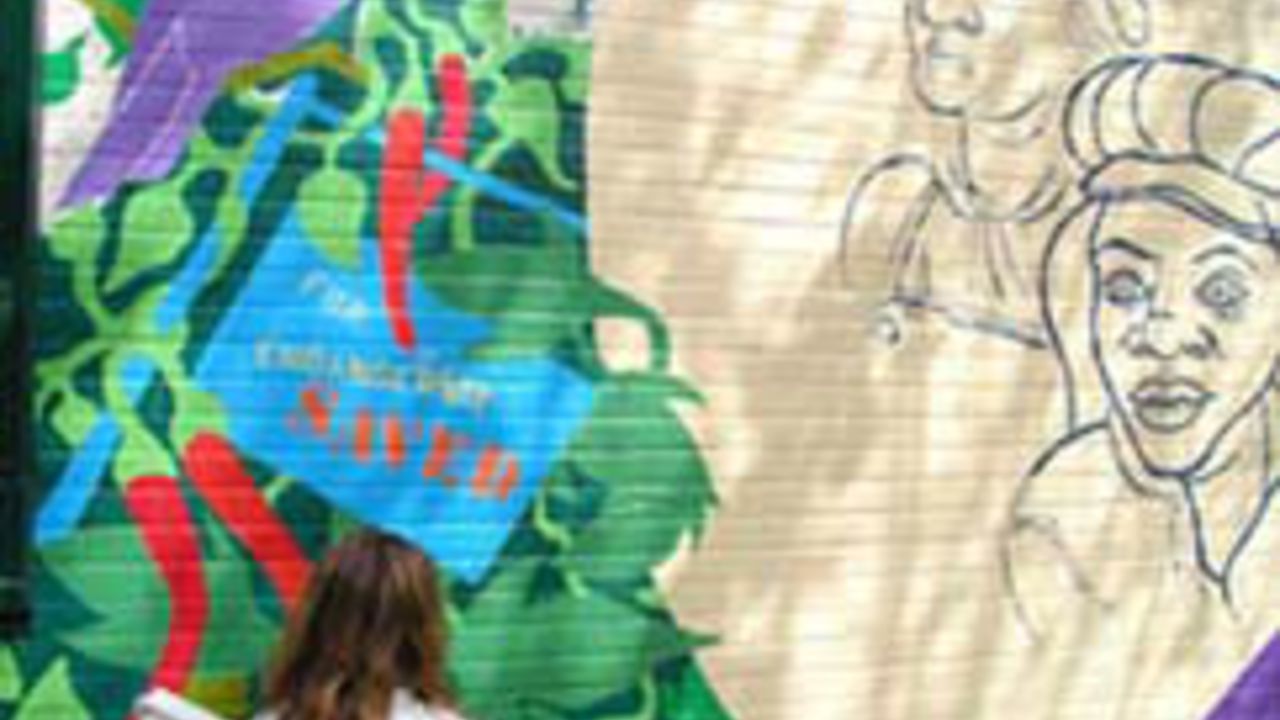 Groundswell, Artmakers Inc, and the Lower East Side People's Federal Credit Union teamed up to create a mural to honor the memory of Eva Cockcroft and celebrate community mural making in New York from the 1970's through the present and into the future. The mural commemorates the work of famous muralist Eva Cockcroft, author of the La Lucha Mural series and many murals adorning Lower East Side buildings. Through her work, Cockcroft depicted the struggle and history of this community of immigrants as it evolved from urban decay in the late 1970's to a revival in the 1990s. La Lucha Continua: Homage to Eva Cockcroft, a collectively designed and painted mural, contains elements of the work of Cockcroft while referencing the history of the Loisaida community and the Credit Union's contribution to the economic development of the neighborhood. The Lower East Side still remains one of the most financially underserved areas in New York City.