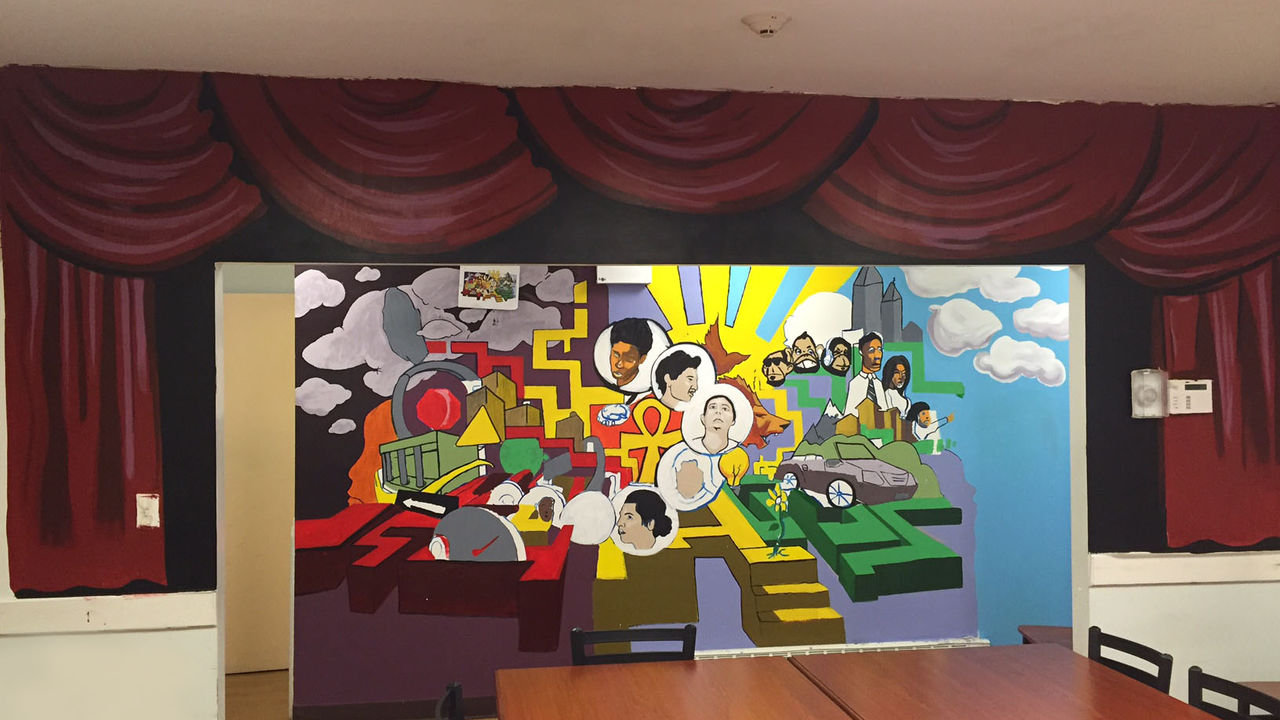 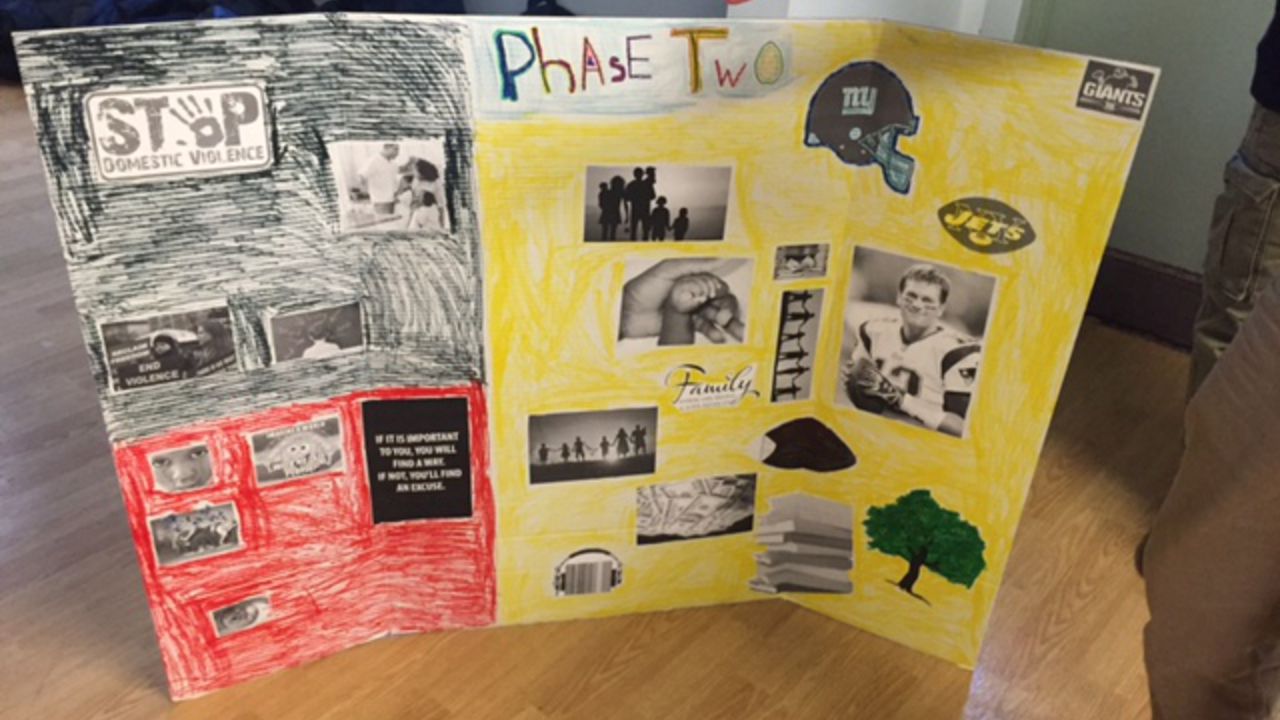 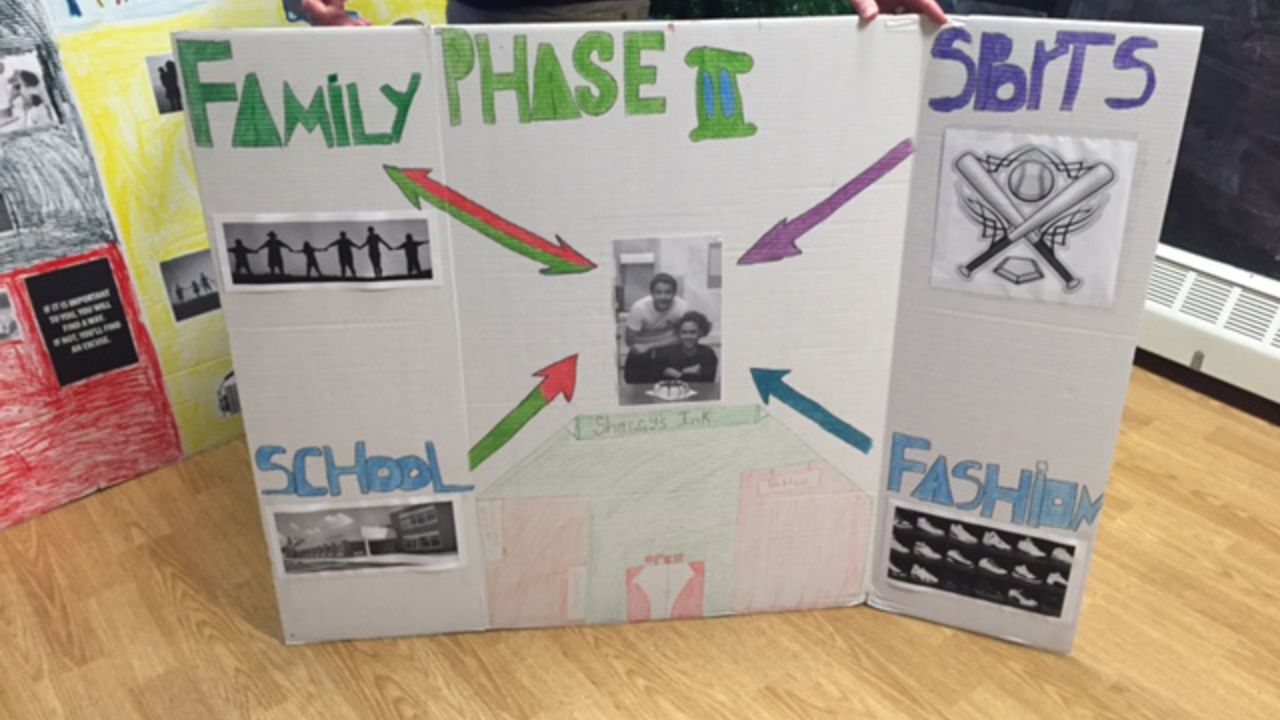 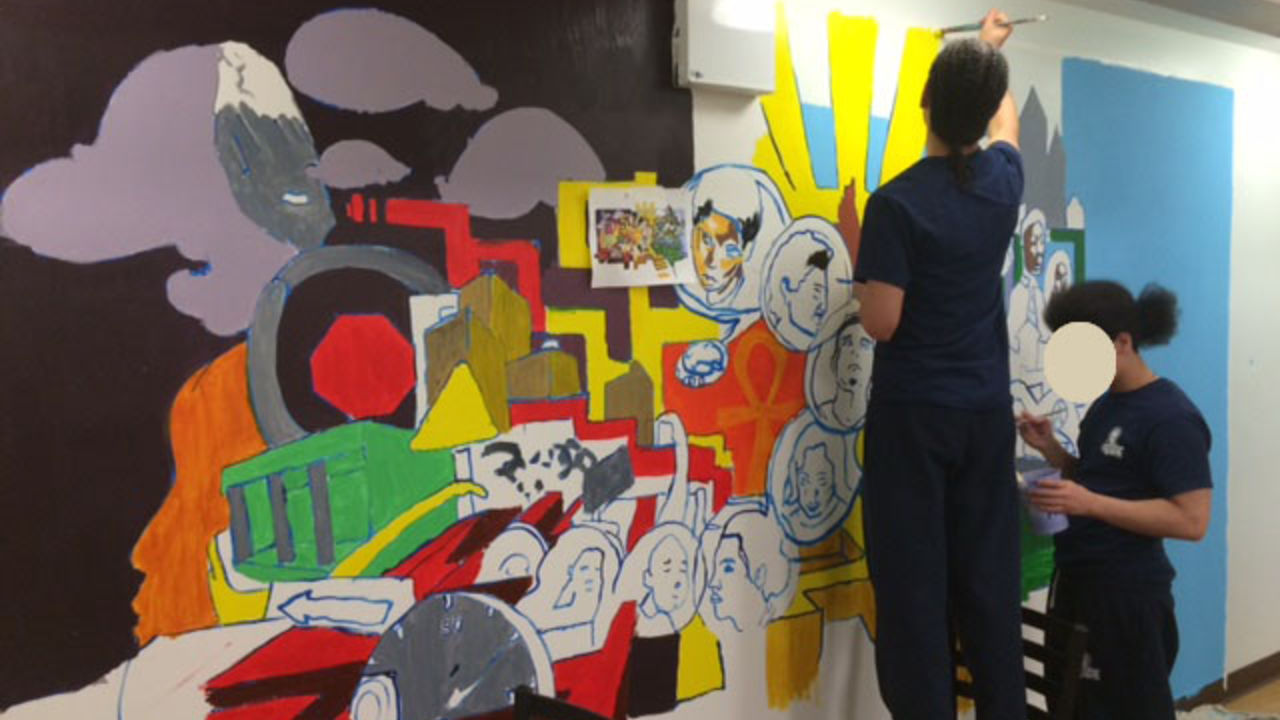 Leake and Watts and Groundswell partnered to inspire youth people in incarceration to gain awareness of their future options. The youth artists created a design centered on the visual metaphor of a maze representing paths that leads to incarceration and other paths that are more prosperous and sustainable. The youth reflected on the pace of transition they experience as participants in Leake & Watts programming from being admitted and being re-introduced into society. After introspective conversations, the group decided that the transition reflected overcoming difficulties throughout their lives that will lead to their future successes. The design is set up as a stage, where life is a performance. To represent the paths that the youth believe are less conducive to sustainable living, the design incorporates the use of common warnings such as stop/yield signs, jail cell, and handcuffs. A maze containing worthwhile goals such as having a family, home, and car are presented as a contrast. Portraits of students are included in an enlarging arc shows the path of maturity and growth.