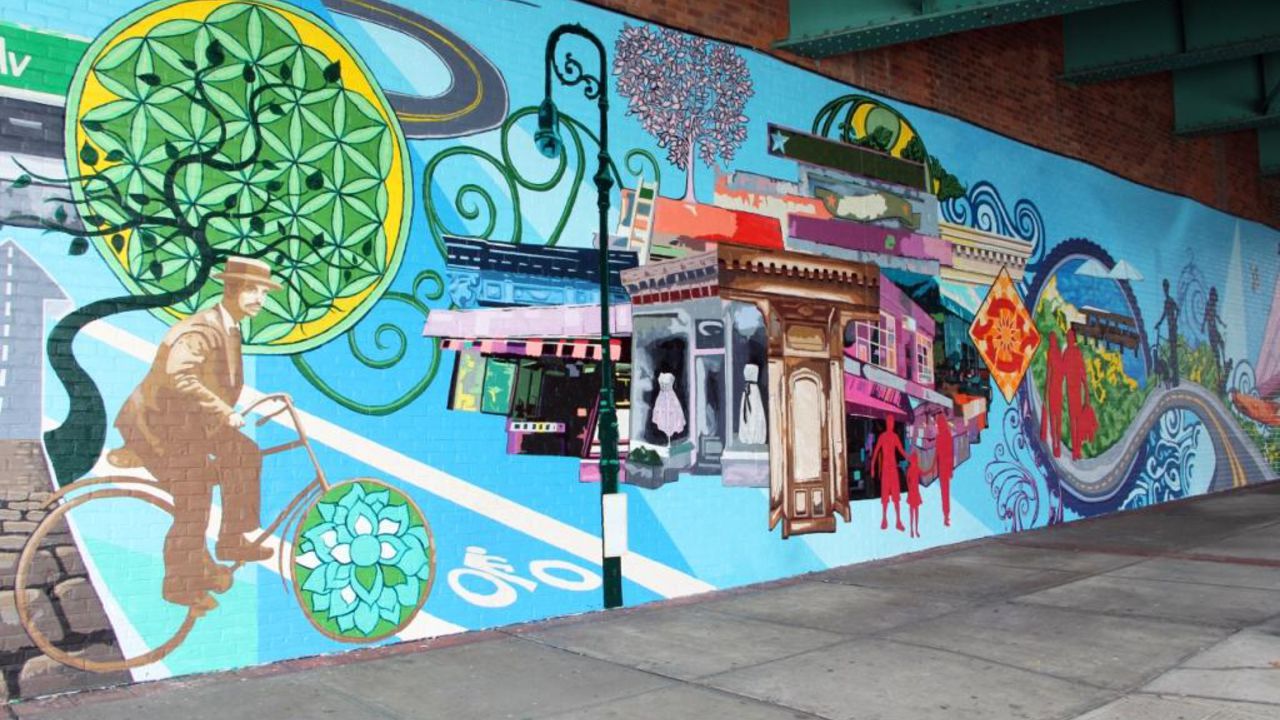 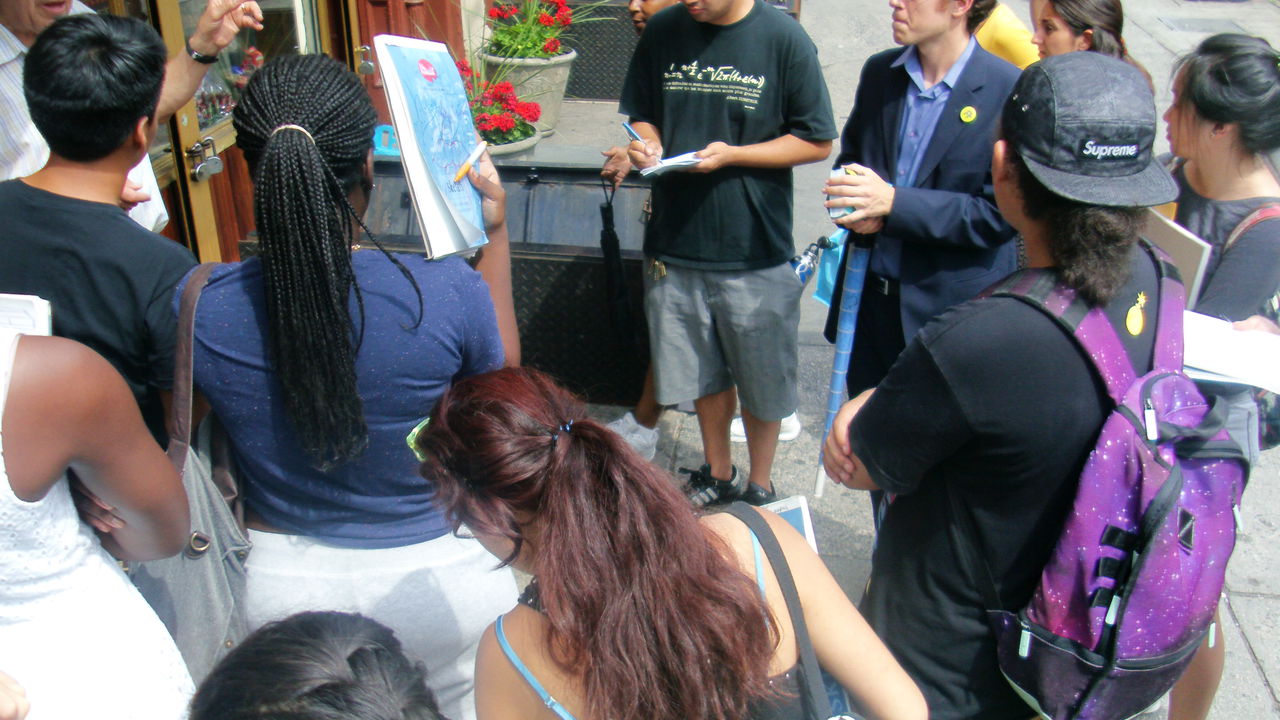 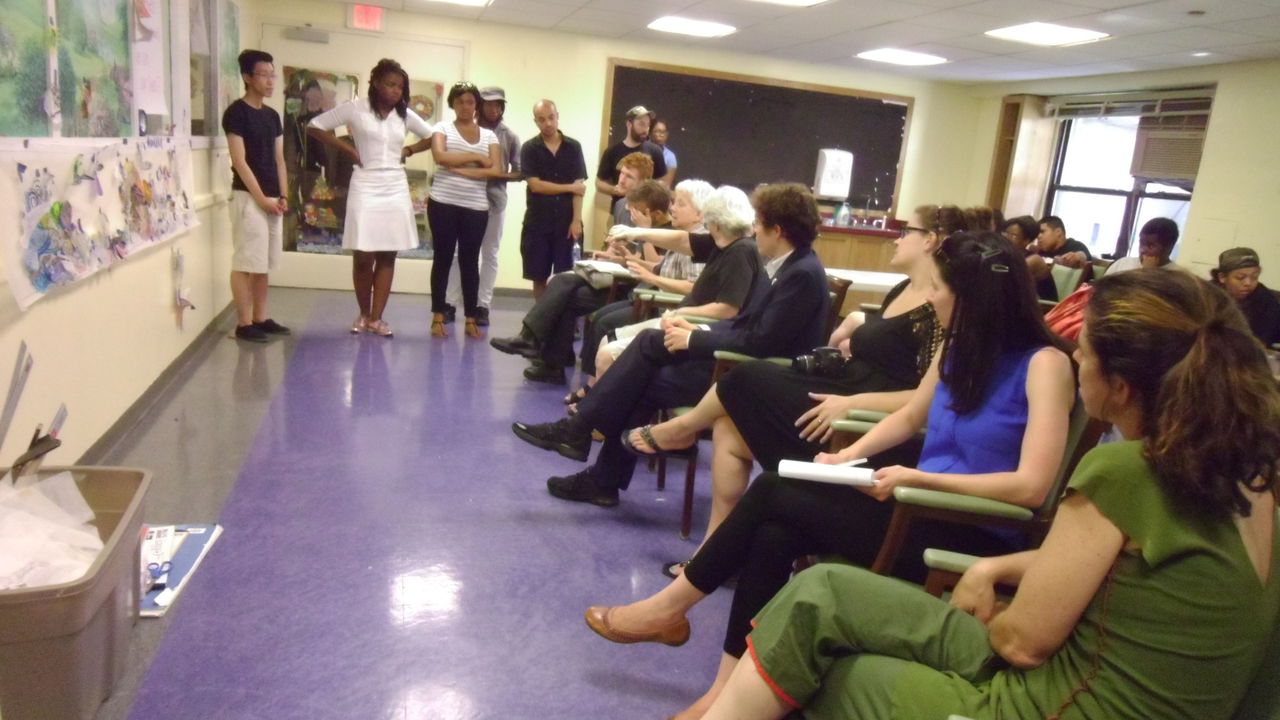 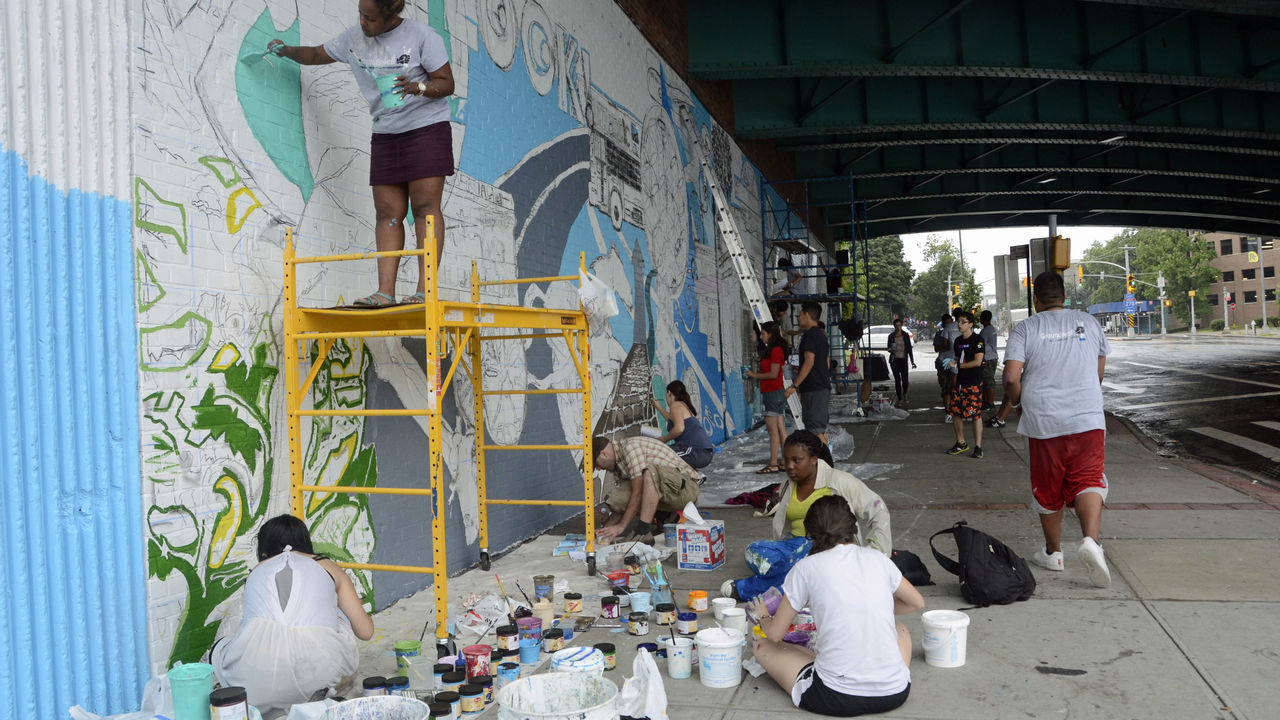 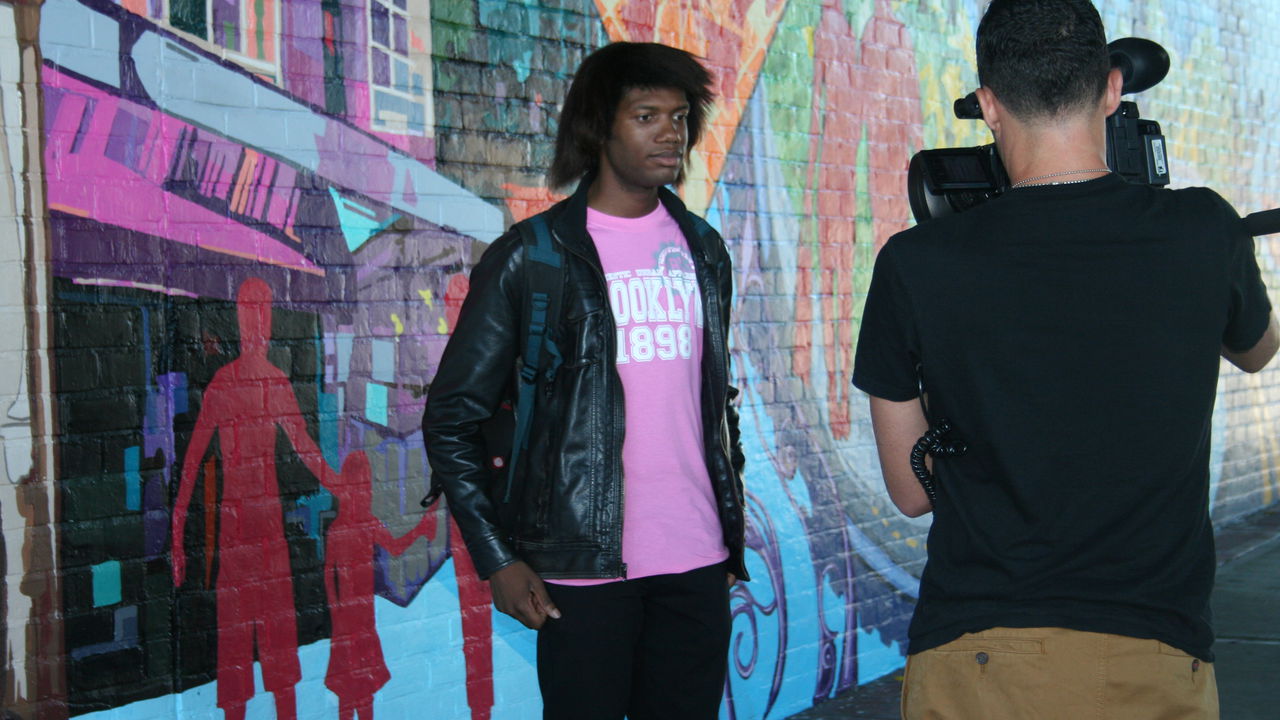 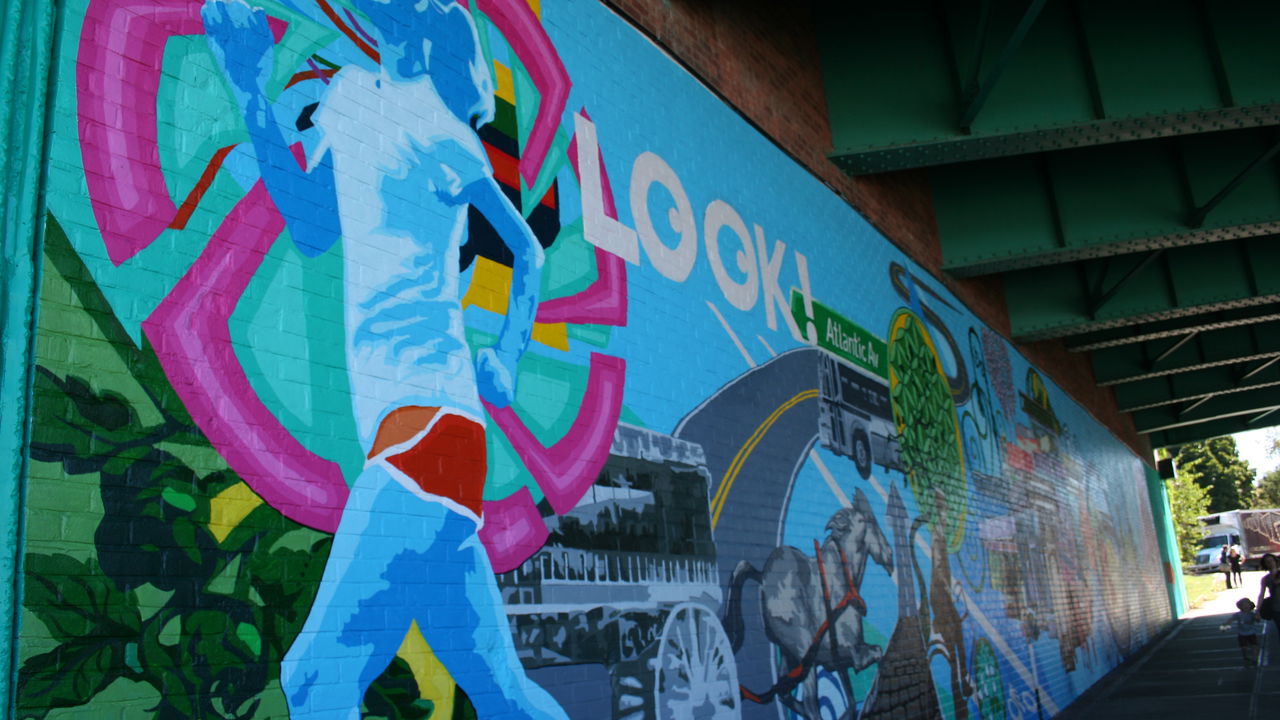 Moving Along transforms an uninspiring underpass into an inviting gateway between the vibrant shopping district on Atlantic Avenue and the beautifully restored Brooklyn Bridge Park, to be safely shared by pedestrians, cyclists, and vehicles alike. The mural was created by Groundswell teen artists, in partnership with NYC DOT and the Atlantic Avenue BID. The mural was developed as part of a larger effort to redesign and program the Brooklyn-Queens Expressway underpass to draw pedestrian traffic from the newly completed and popular Brooklyn Bridge Park Pier 6.

Moving Along activates the threshold between Atlantic Avenue and Brooklyn Bridge Park and promotes safe pedestrian movement between the two. The design incorporates historical elements which evoke the rich history of the site, including a horse-drawn carriage and cobblestone streets. At the same time, the mural creates movement and motion through a bright color palette and wave-like composition, reminding viewers that there is always more to see along this corridor.

The mural was unveiled during a high-profile dedication ceremony, attended by local elected officials including New York Council members, State-wide representatives, and the Brooklyn Borough President, in addition to youth artists, their families, and the members of the community. Lead scholarship support for this project was provided by the Brooklyn Nets. Additional support provided by New York City Councilmember Stephen Levin.