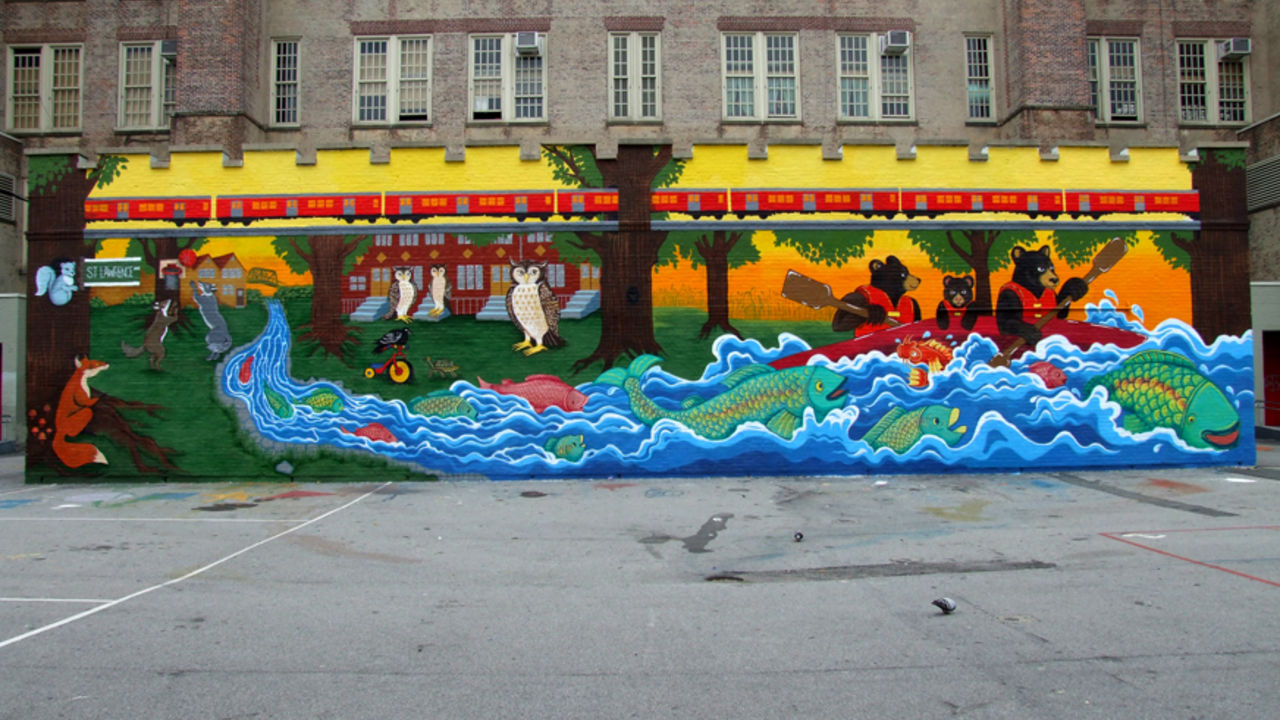 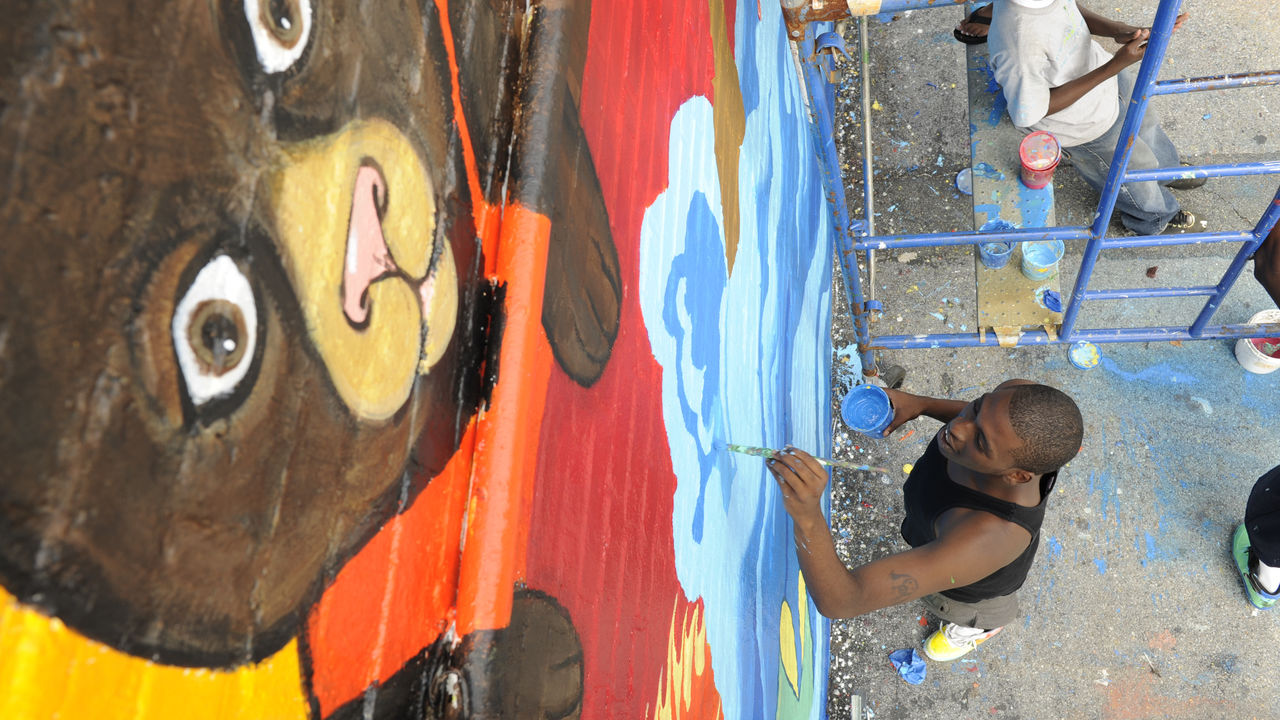 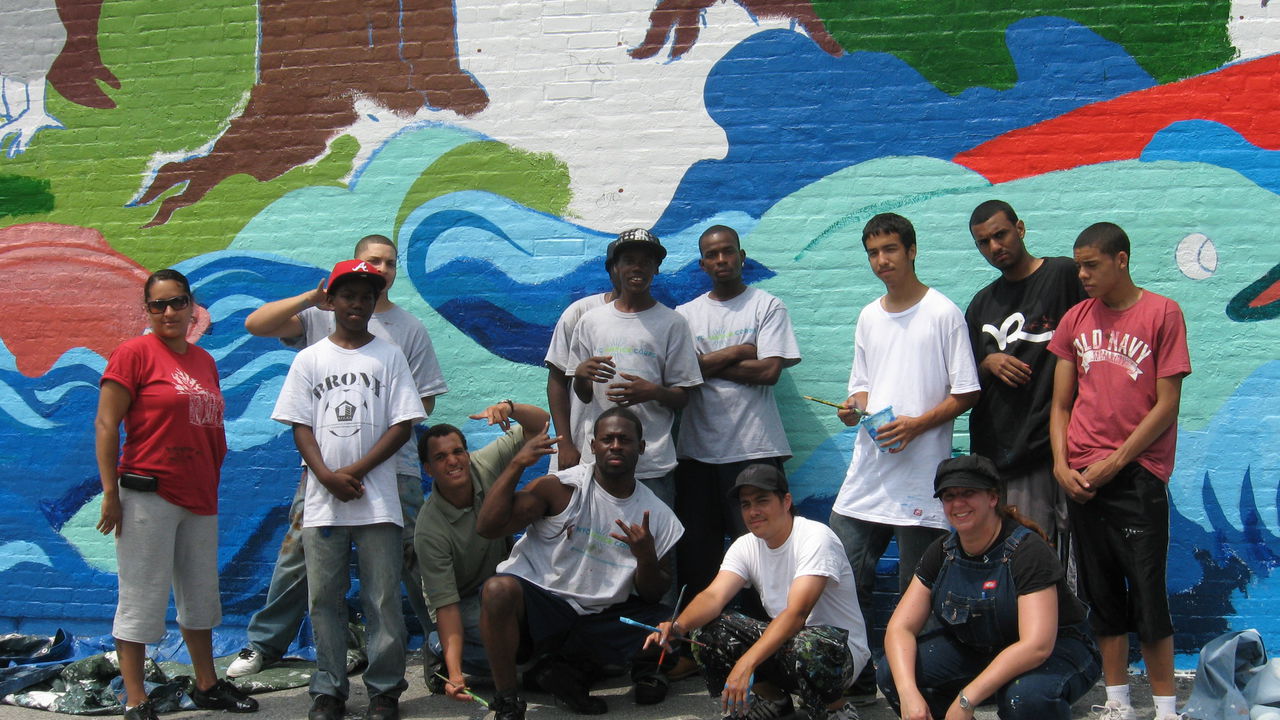 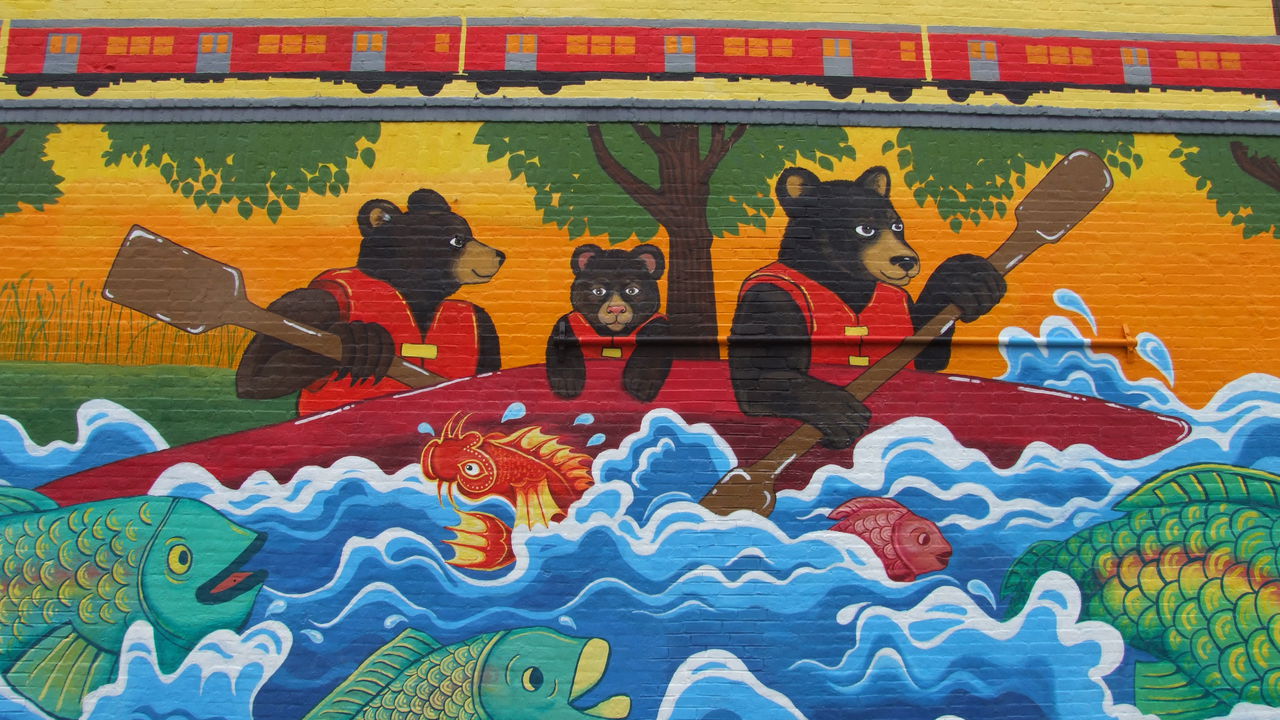 Natures Playground brings to light important environmental issues in the Bronx. The mural team wanted to raise awareness of how it would benefit the community to preserve and restore the Bronx River. They discussed imagery that would show the river in a positive light, using animals as a substitute for people. The images were chosen from exercises dealing with positive childhood memories, and inspired by local New York animals that are now, or have been in the past, native to the Bronx. The overall concept is that the river and the community are one; to restore the Bronx River is to restore the community. The result is a very colorful, uplifting mural that is meant to peak local interest in the Bronx River.