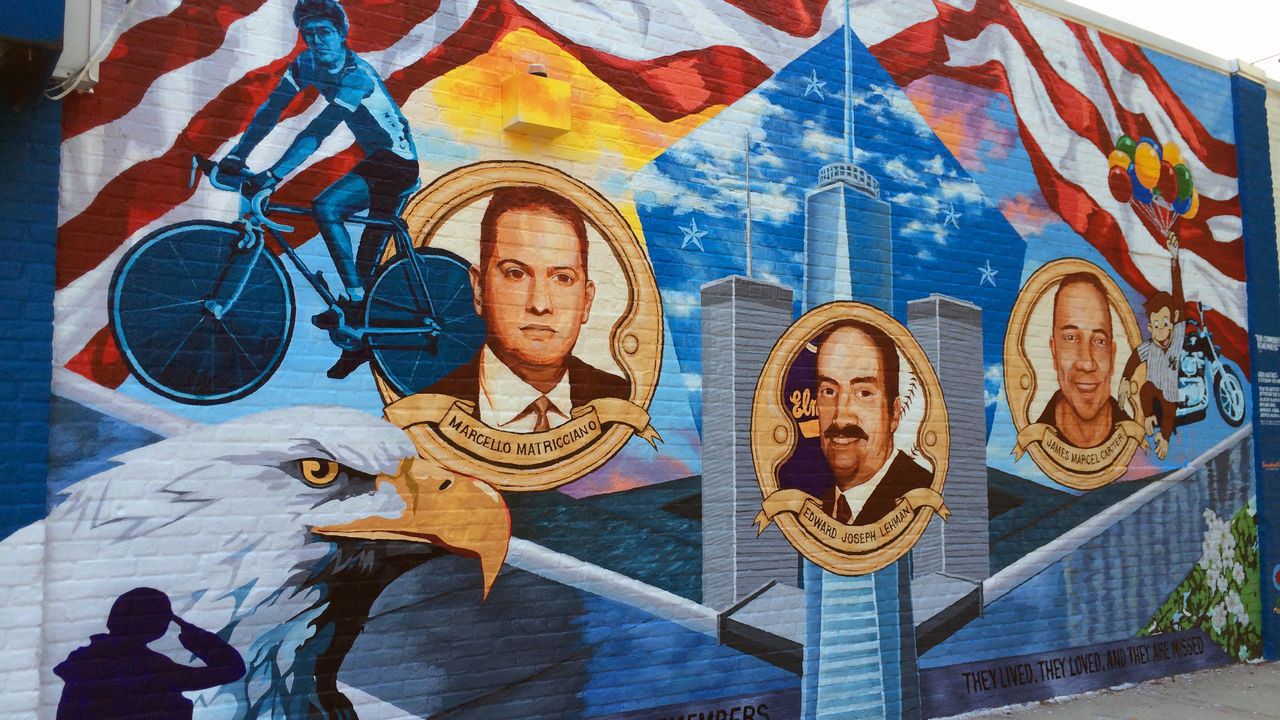 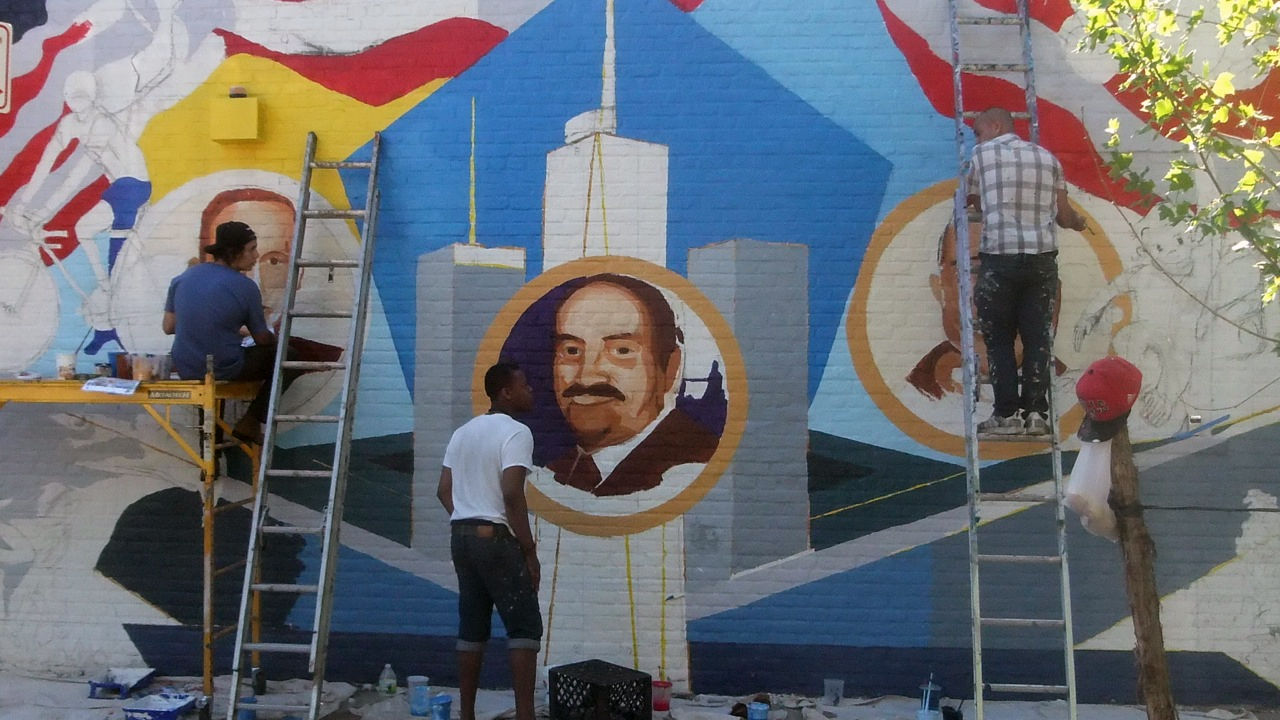 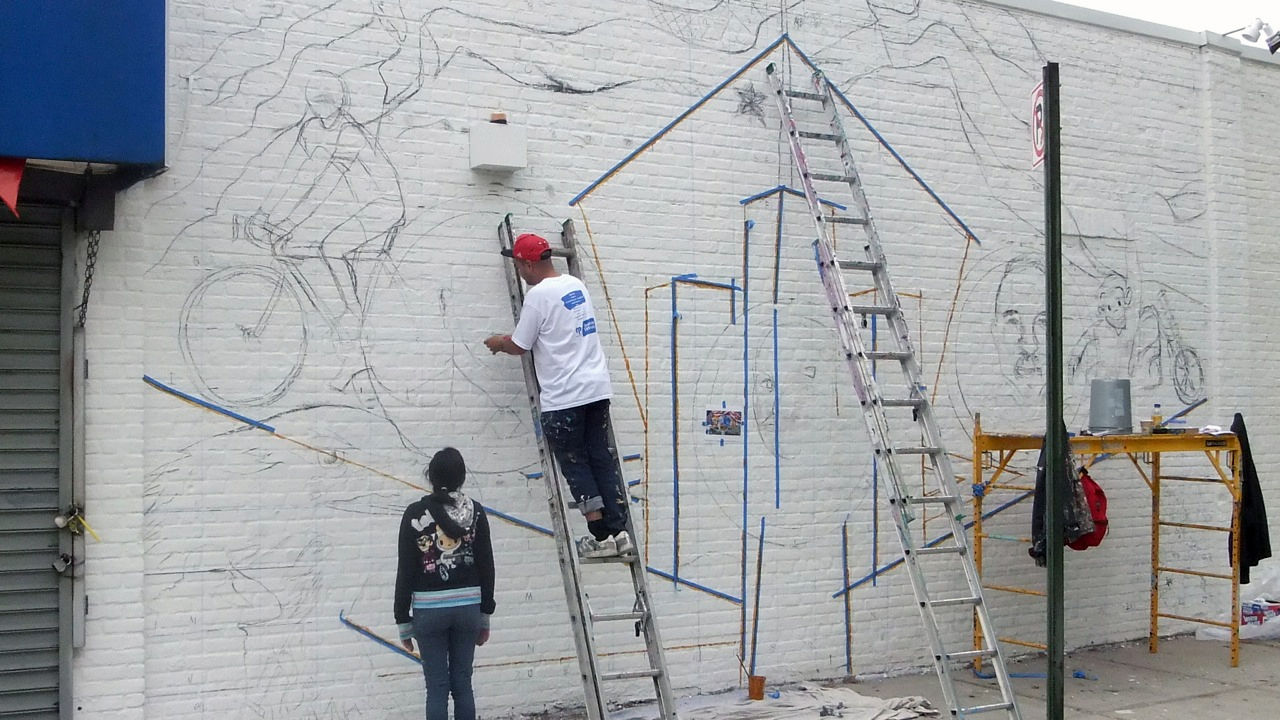 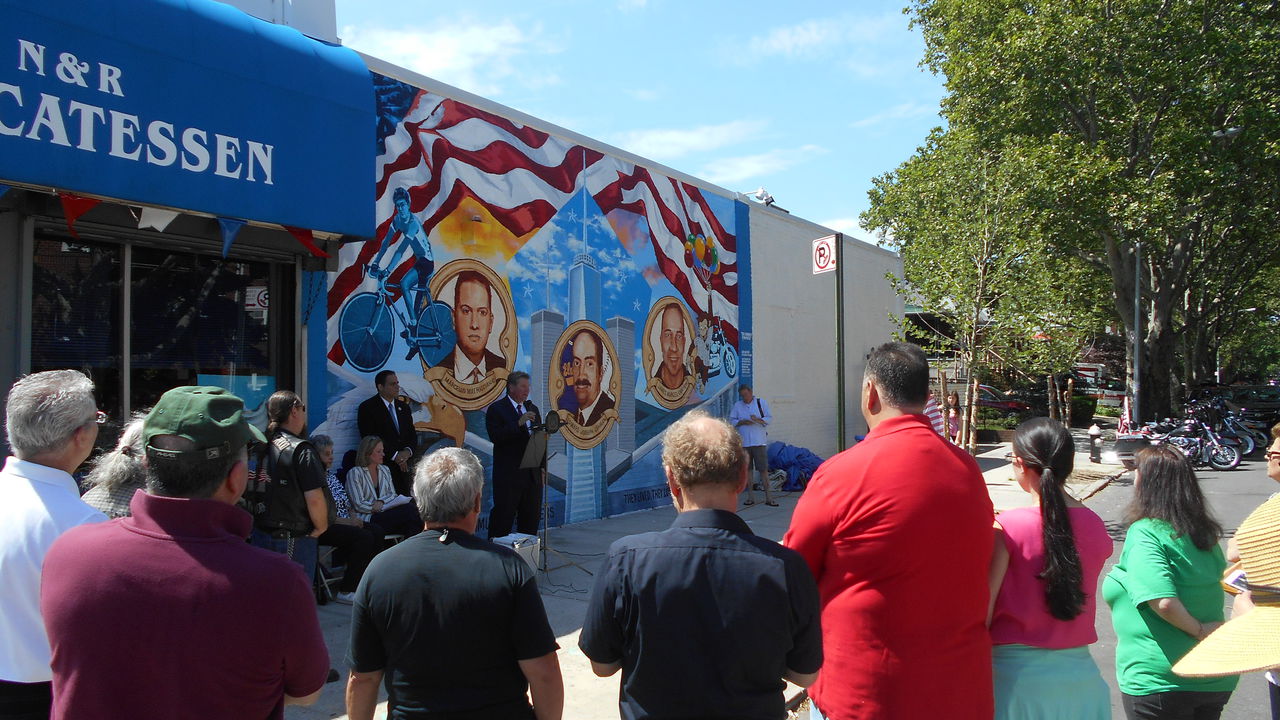 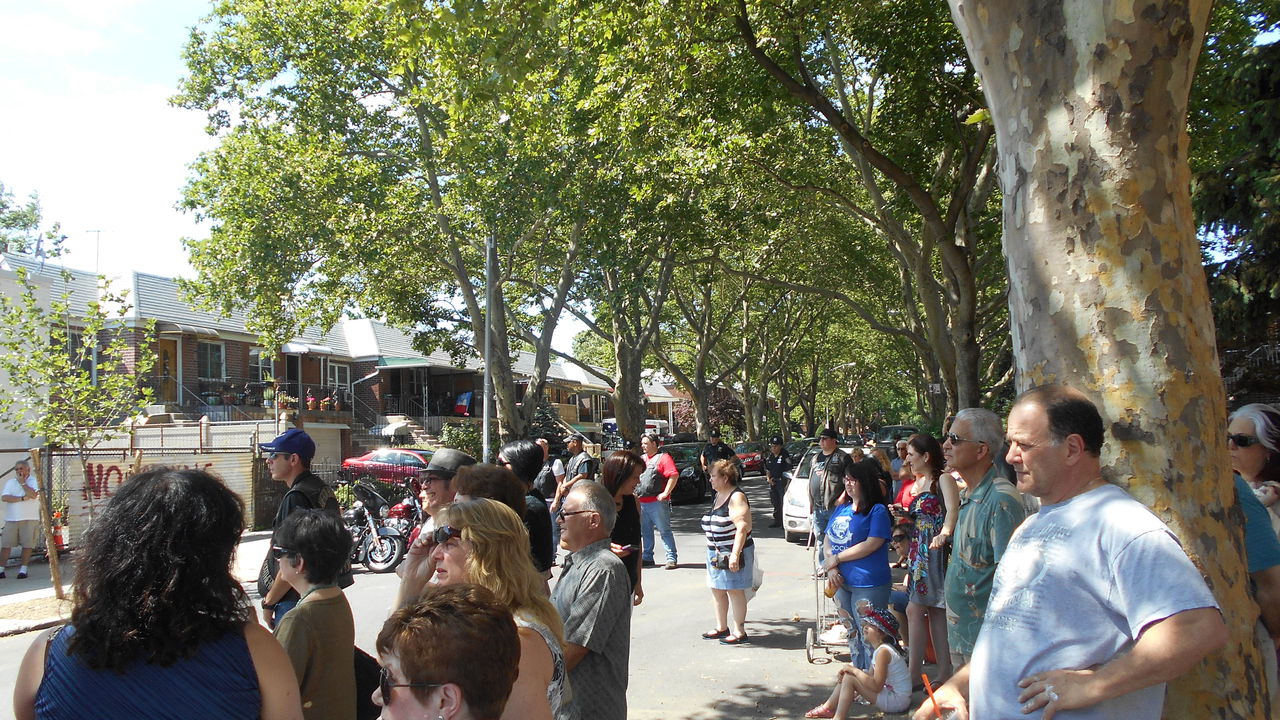 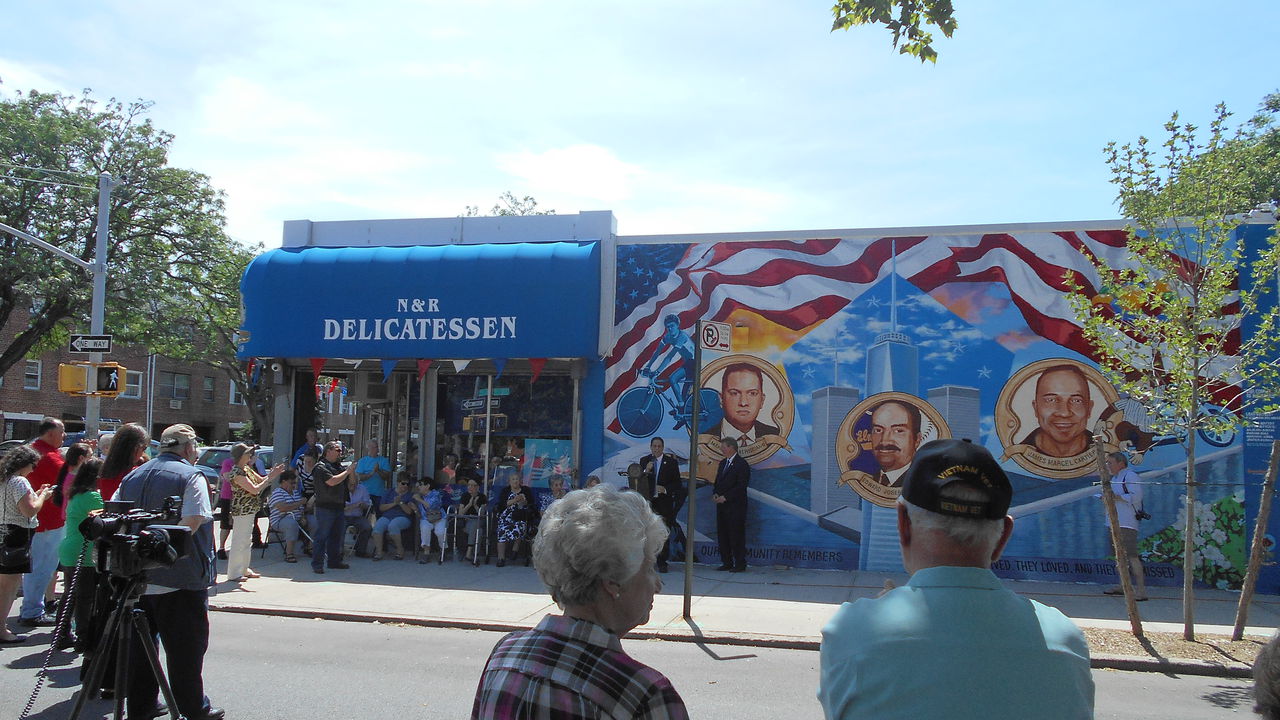 This memorial mural was painted to honor the lives of three members of the East Elmhurst community who died in the World Trade Center attacks: Marcello Matricciano, Edward Joseph Lehman, and James Marcel Cartier. The mural focuses on representing existing imagery and monuments made to acknowledge the historical event. In addition to the imagery representing the event itself, we chose to use portraits of each of the three remembered and accompany those portraits with symbols related to something unique to each individual. These images where recommended by the family members themselves and included a cyclist, Curious George (based on the Cartiers love of the cartoon character), and images relating to a local baseball team. The East Elmhurst community wanted the mural to not only remember their friends and family, but all the events of 9/11. To capture this spirit, the mural design includes the shape of the Pentagon, four stars to symbolize the four planes involved in the attack, the original World Trade Center towers. Jutting out from between these images is the Freedom Tower, signaling a hopeful future.