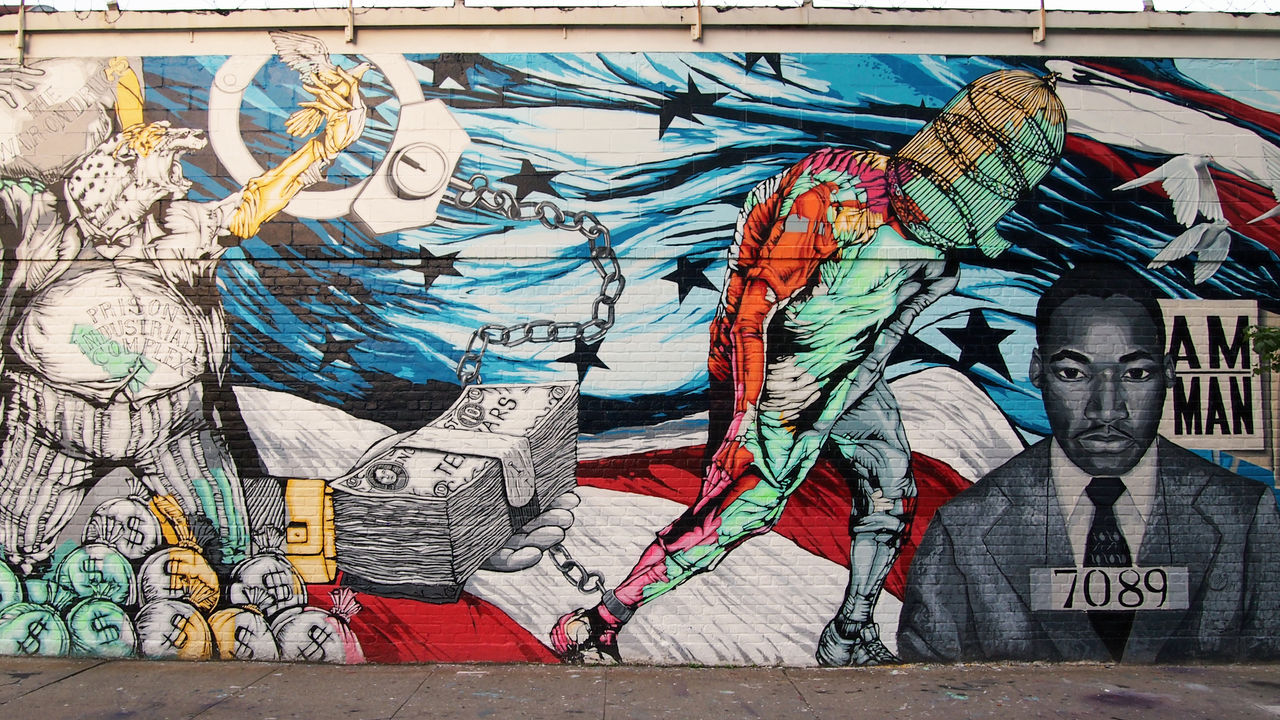 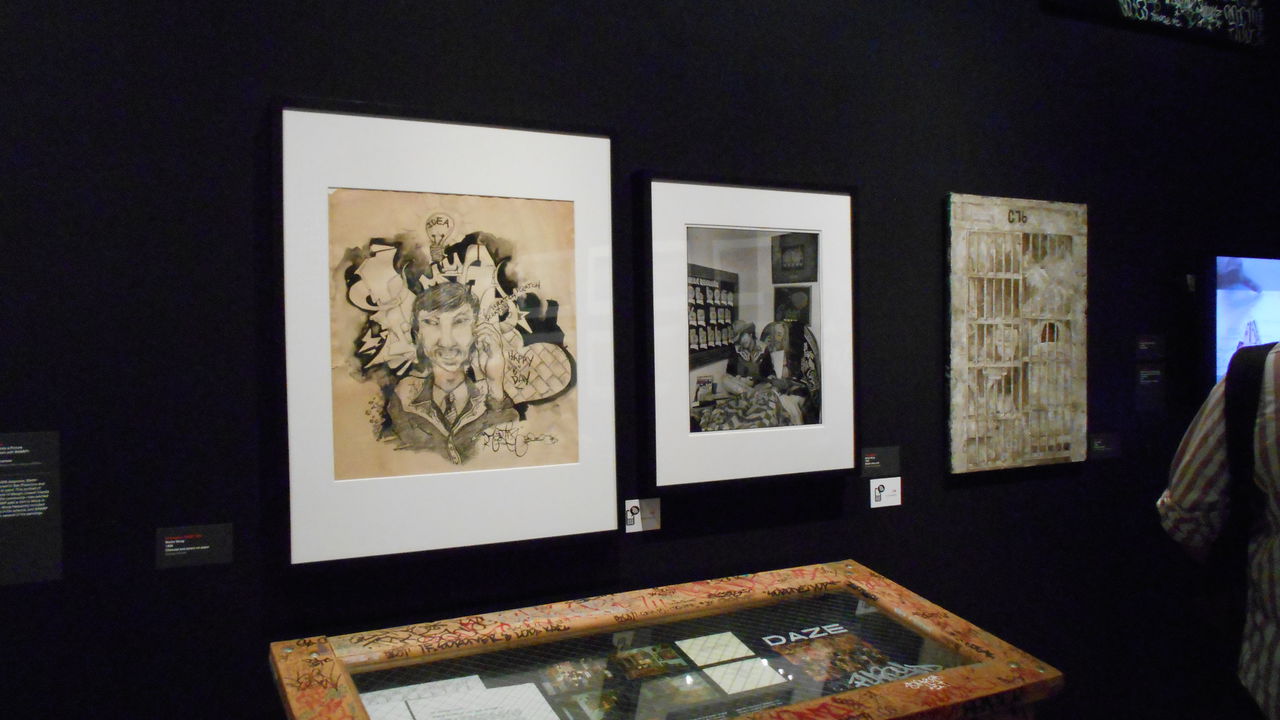 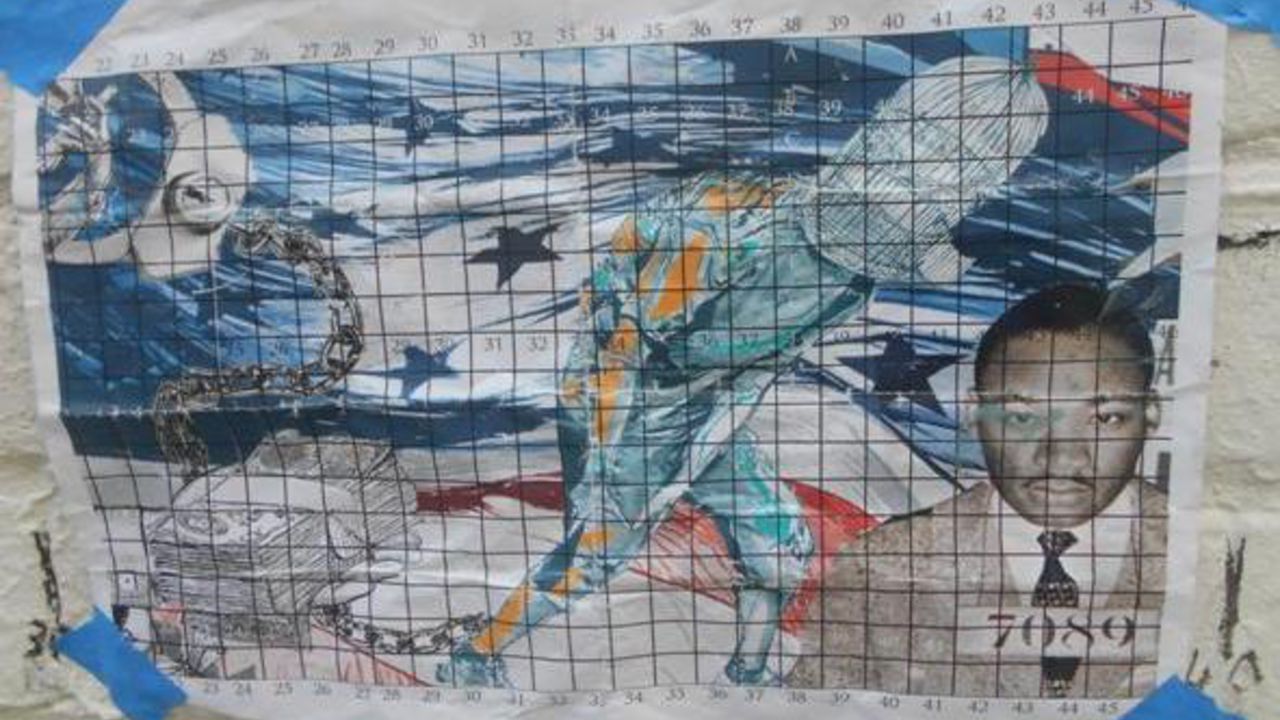 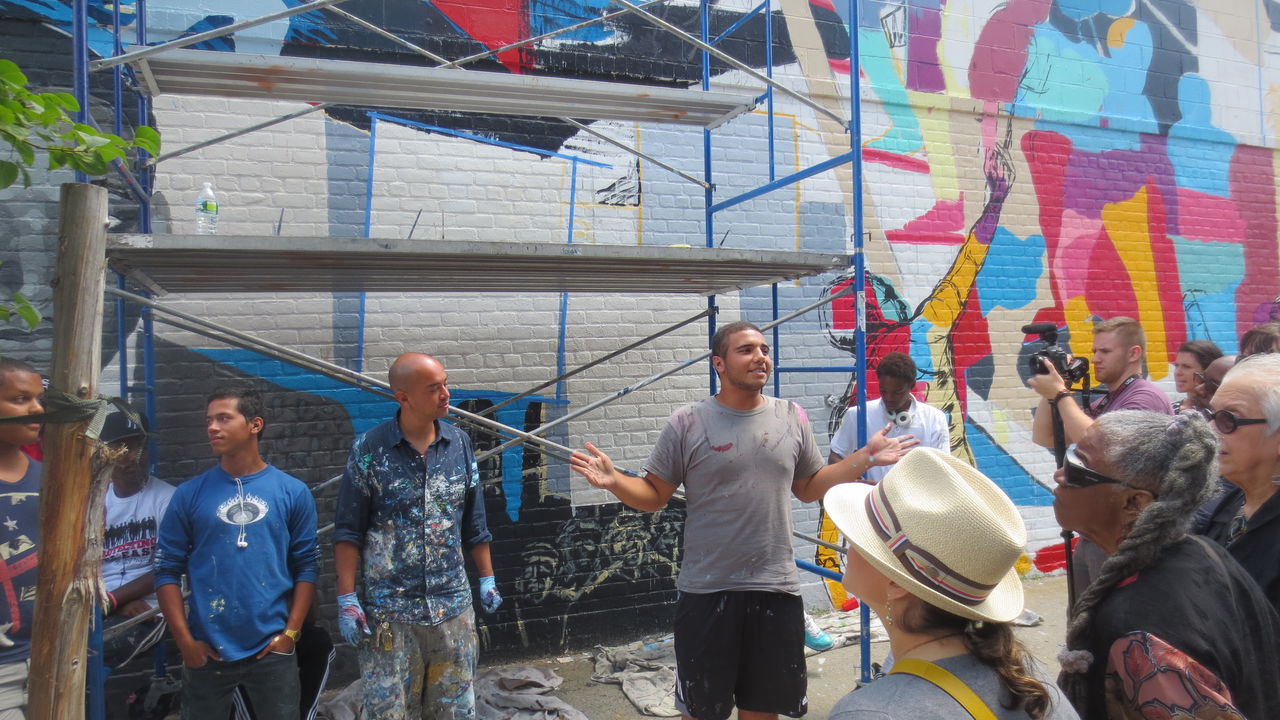 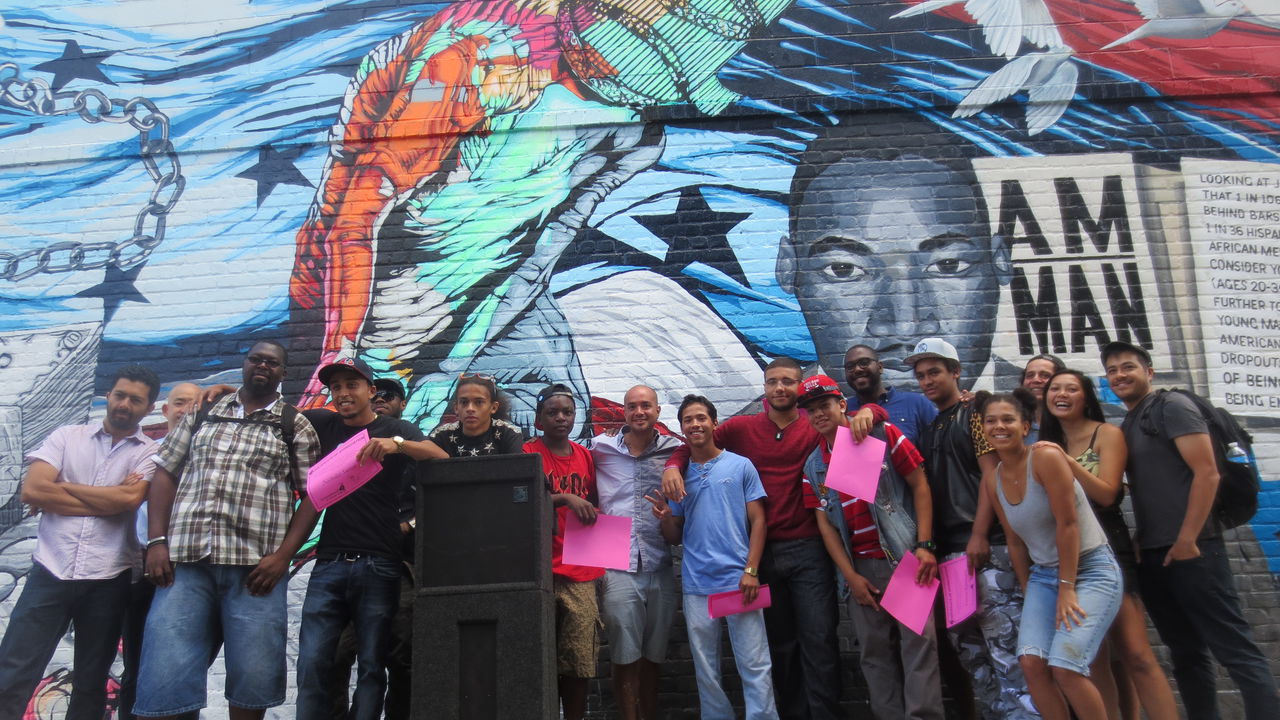 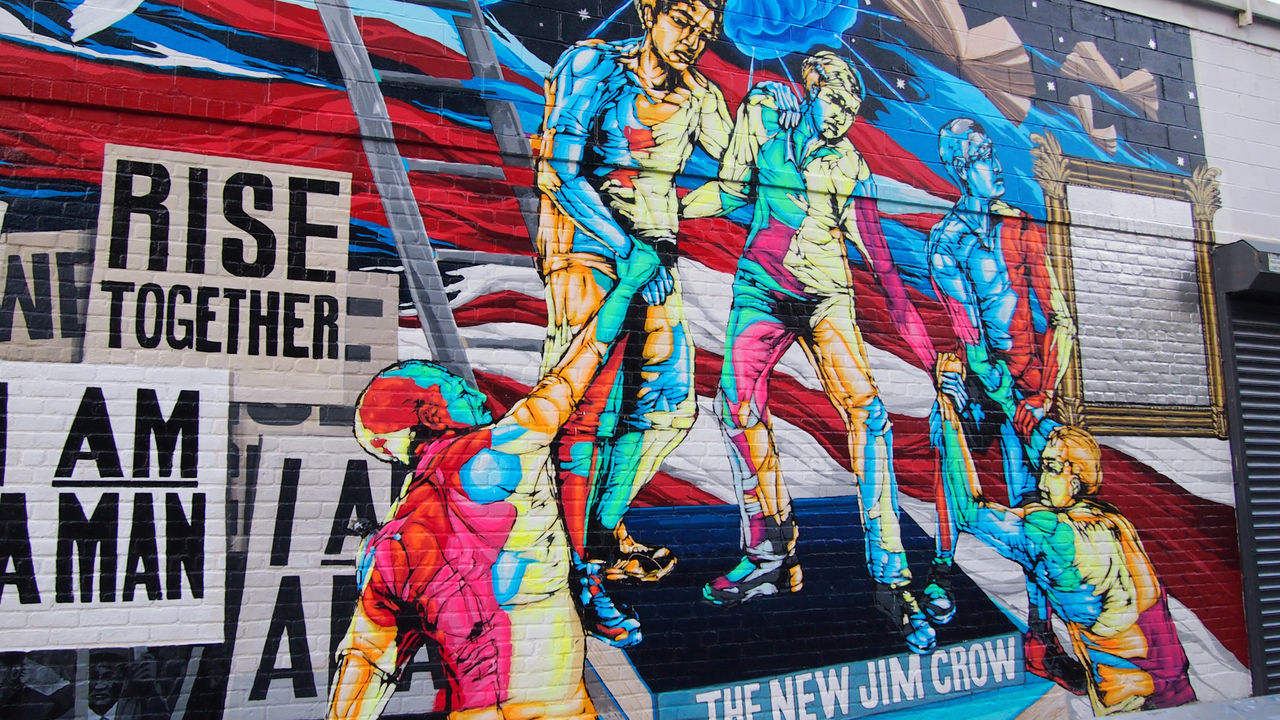 Groundswells all-male Making History mural team made up of young men in Groundswells Summer Leadership Institute (SLI) some with a prior involvement with the justice system collaborated with Lead Artist Esteban del Valle and Assistant Artist Jose de Jesus Rodriguez to raise awareness around the prison industrial complex and to explore what freedom can mean within this context. Entitled P.I.C.T.U.R.E.S Prison Industrial Complex: Tyranny Undermining Rights, Education, And Society, the 18 by 80 mural was created through three intensive phases: research, design, and fabrication. During the initial afterschool research phase, the project team interviewed experts in the field of justice reform and participated in brainstorming sessions and hands-on workshops. They also visited the Museum of the City of New York, attending a street art exhibition currently on display and gaining more insight on how New York City has historically spearheaded national social justice movements. The research discussions among the youth artists were marked by debates around the structural issues leading to the social and economic imprisonment of certain ethnic and racial populations in the United States. At the center of the mural, a man with a cage on his head symbolizes the imprisonment of the mind, embodying the groups definition of prison generated by rigorous team discussions. Dr. Martin Luther King Jr. is at the center right adjacent to the man in cage, symbolizing taking action against such problems through proactive social participation. The mural also incorporates imagery of flying books and a ladder, to further suggest the concept of hope through civic participation. To follow a youth-driven social media campaign highlighting this project, developed in partnership with WNET New York Public Media, use #GroundswellNYC.