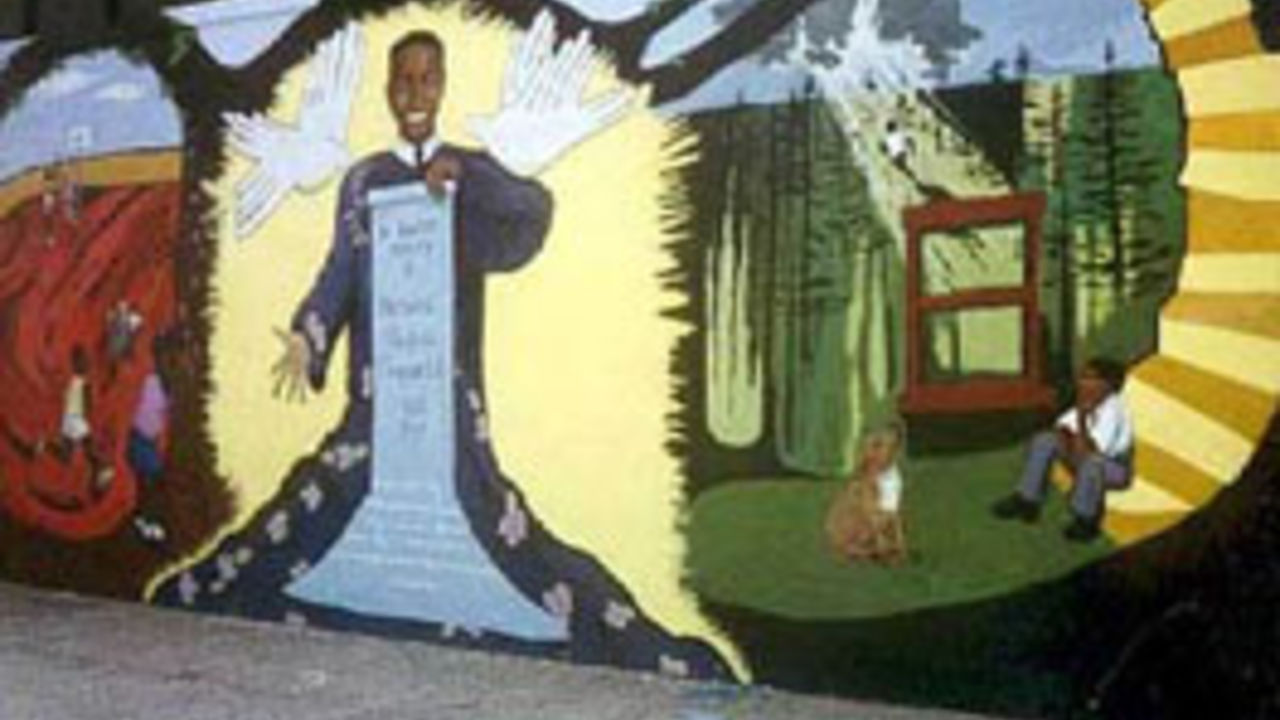 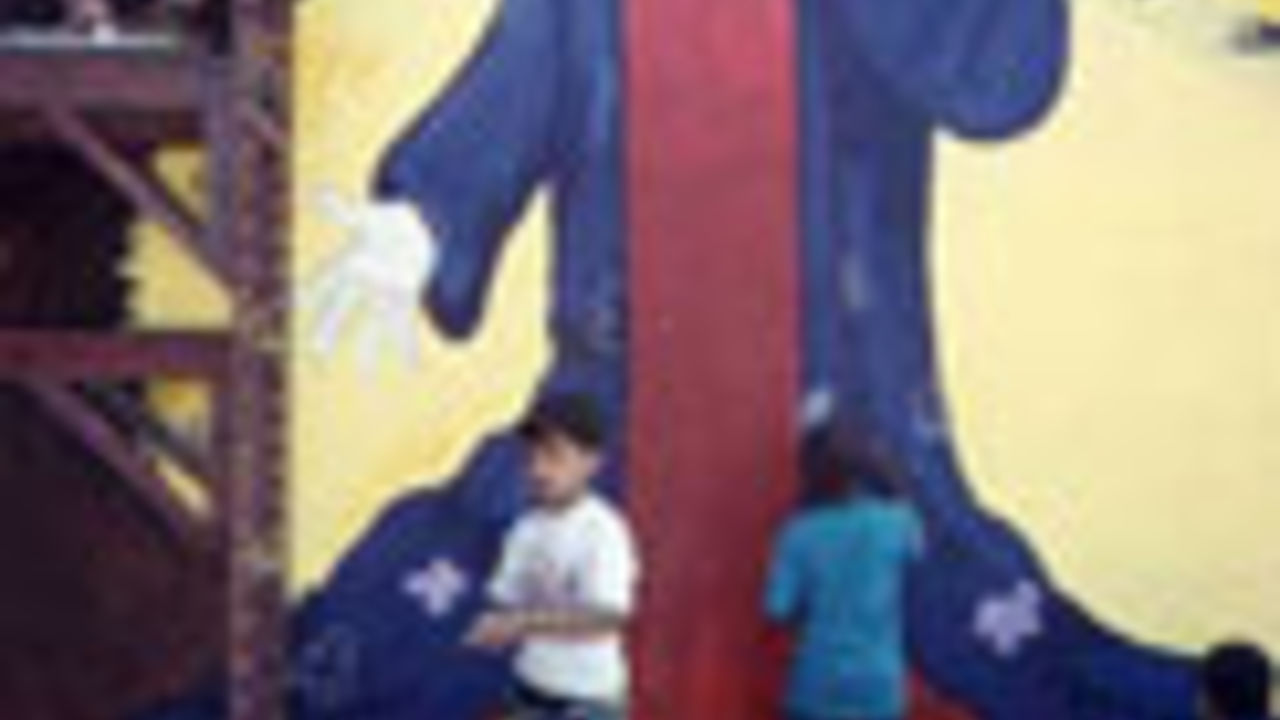 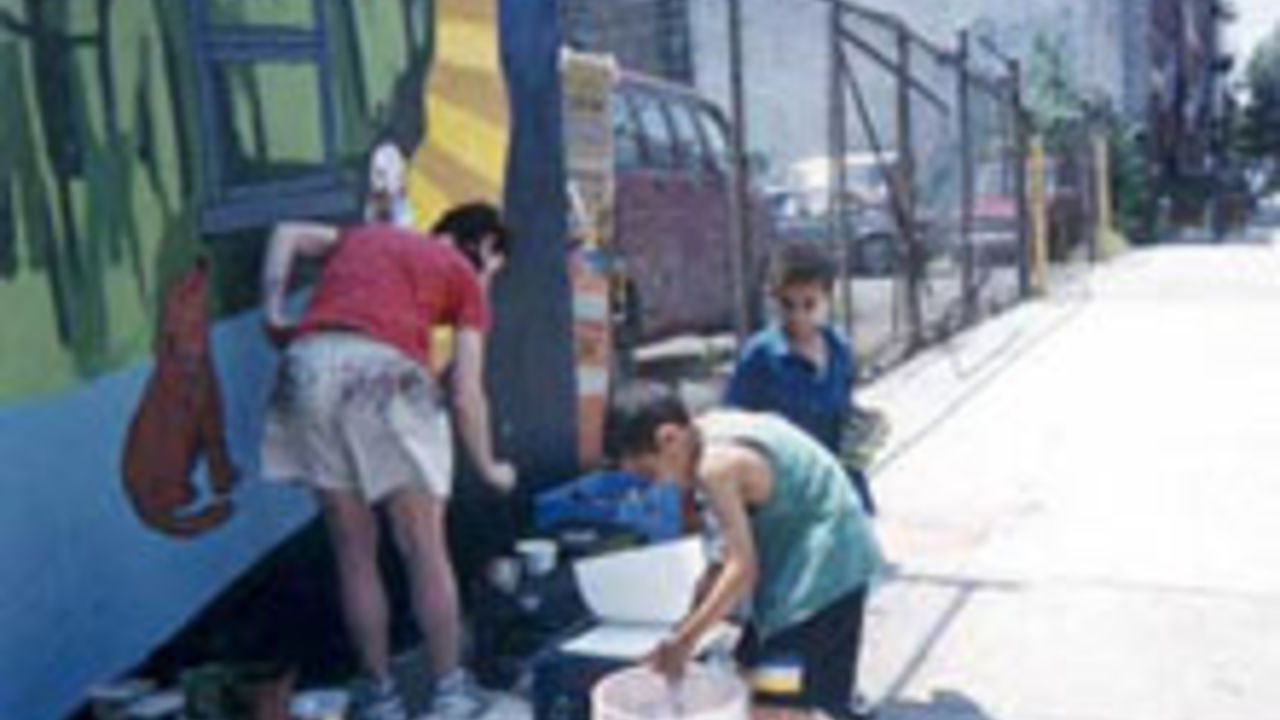 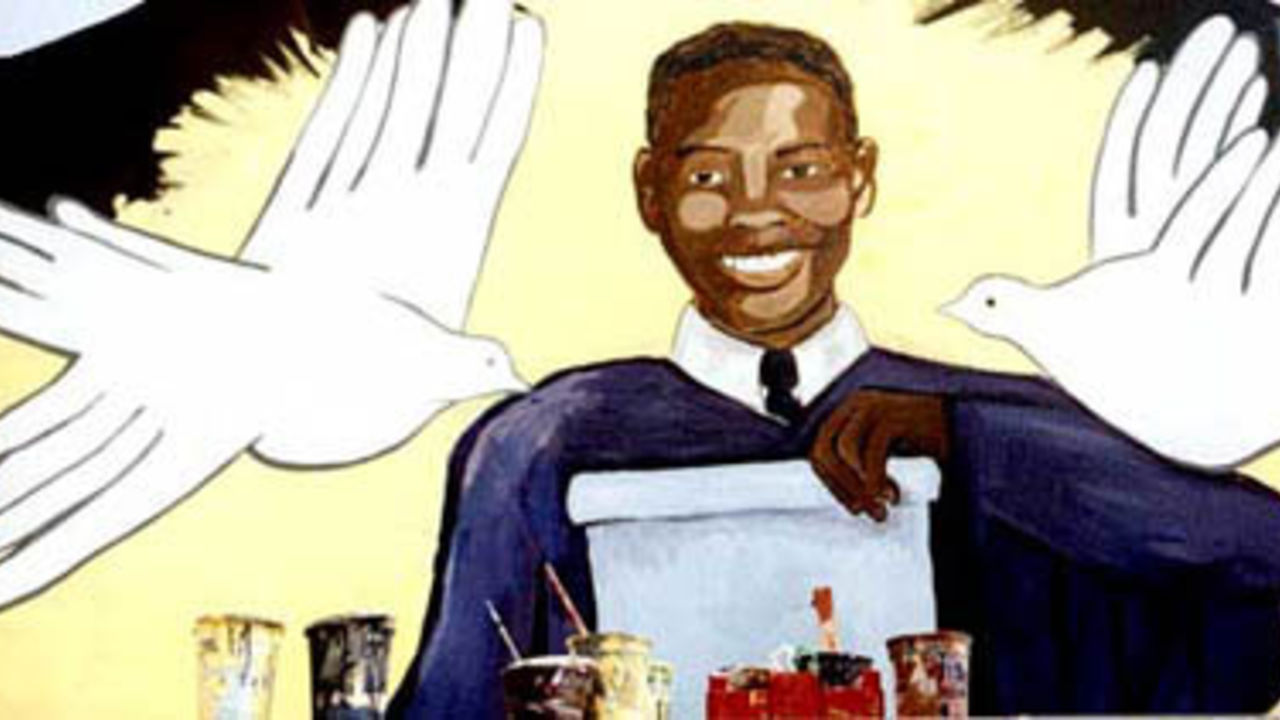 In 1994, at age 13, Nicholas Naquan Heyward, Jr was shot and killed while playing with some friends in his building in the Gowanus Houses in Boerum Hill Brooklyn. Police mistook his water gun for the real thing. Five years later, his parents, Nicholas Sr. and Angela and brother Quentin, connected with Groundswell as an opportunity to use their creativity to memorialize Nicholas. The mural's design is based on collages, poetry, drawings, and discussions generated in the brainstorming sessions with Nicholas family and friends. The youth and family raised and explored themes of memory and loss, vitality and afterlife, fear and acceptance. The central image of Nicholas in robes connotes both his junior high graduation and his induction into the world of angels. The vision of his afterlife is one surrounded by nature, with doves of peace providing his wings: a paradise resurrected. They created a new paradise as inspiration for the mural as well as in their individual tireless efforts to be co-workers with God.