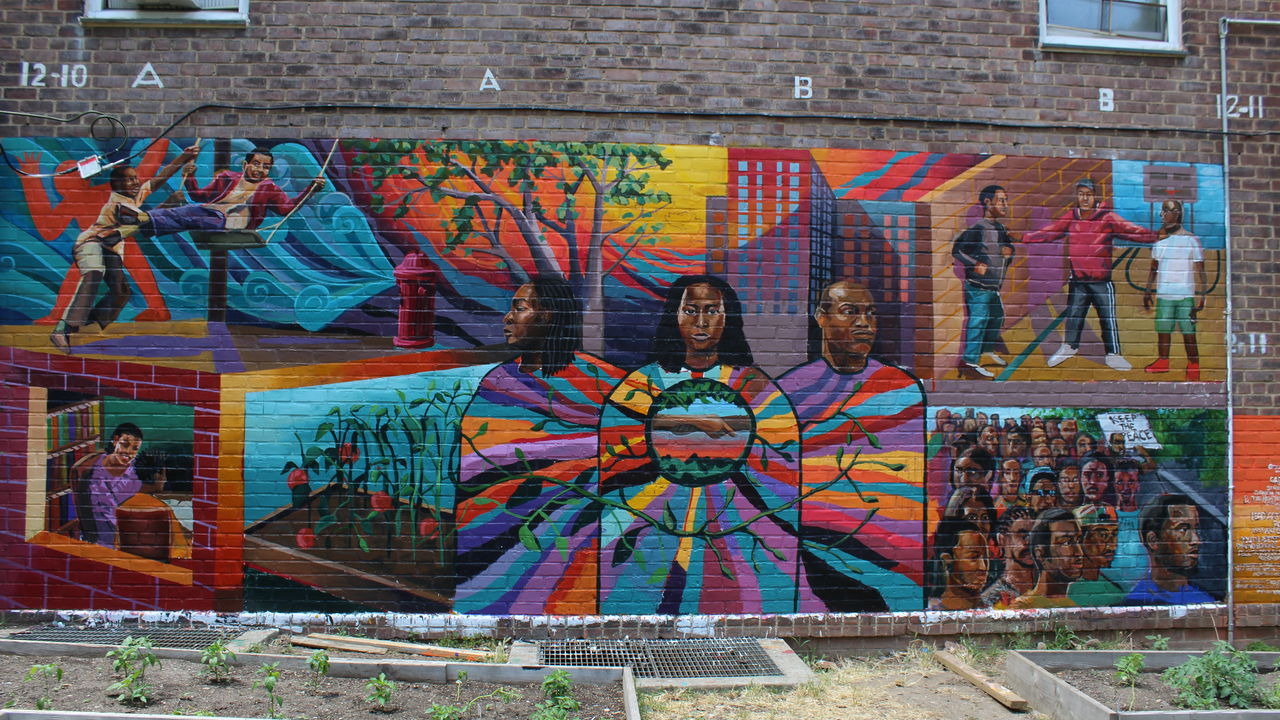 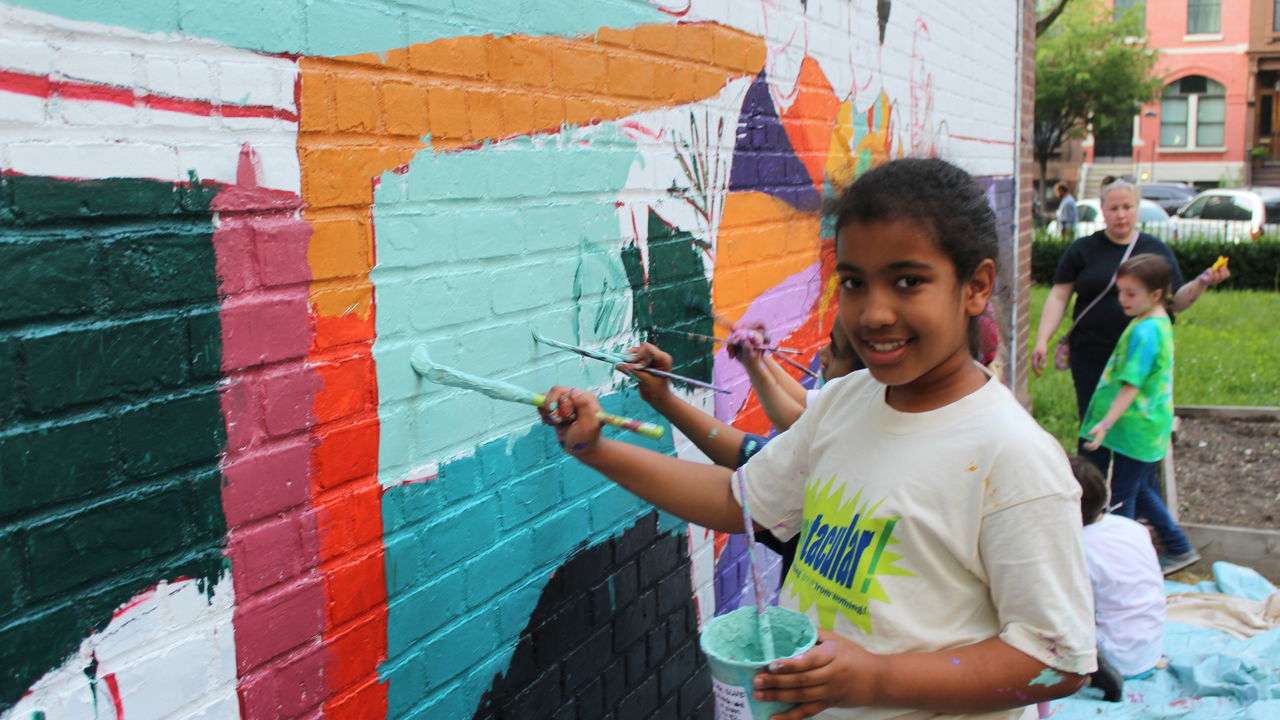 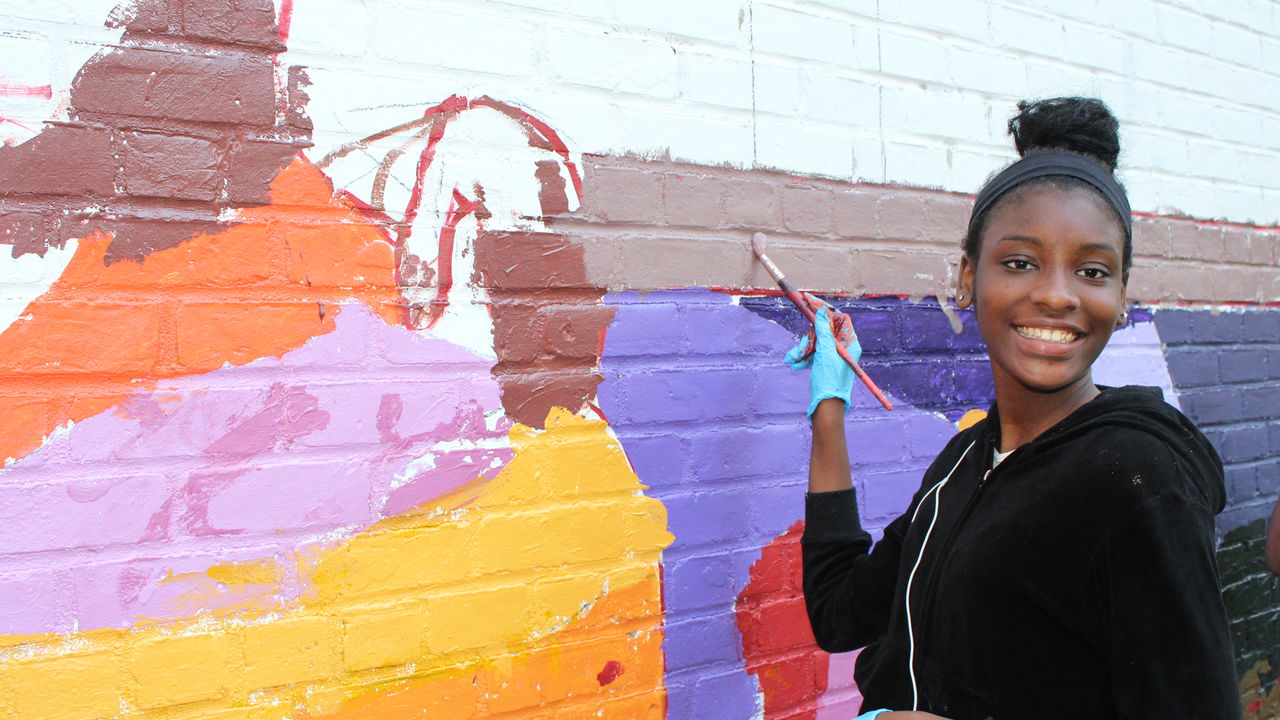 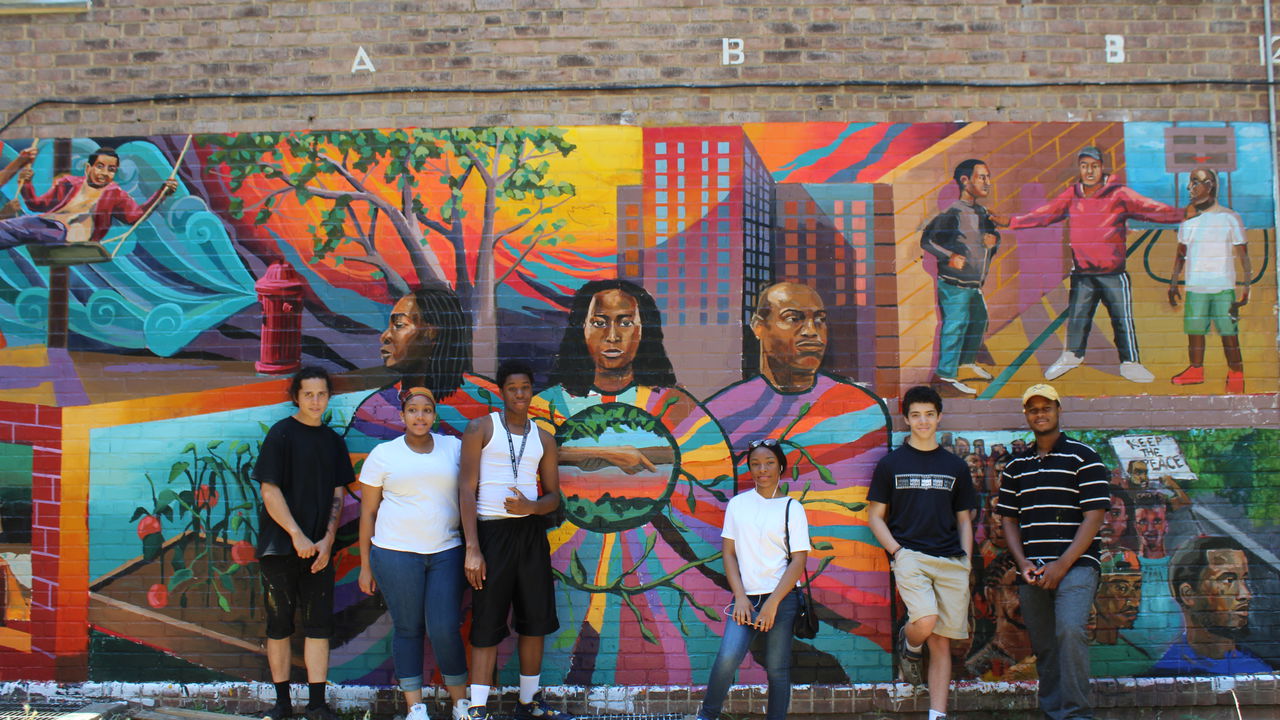 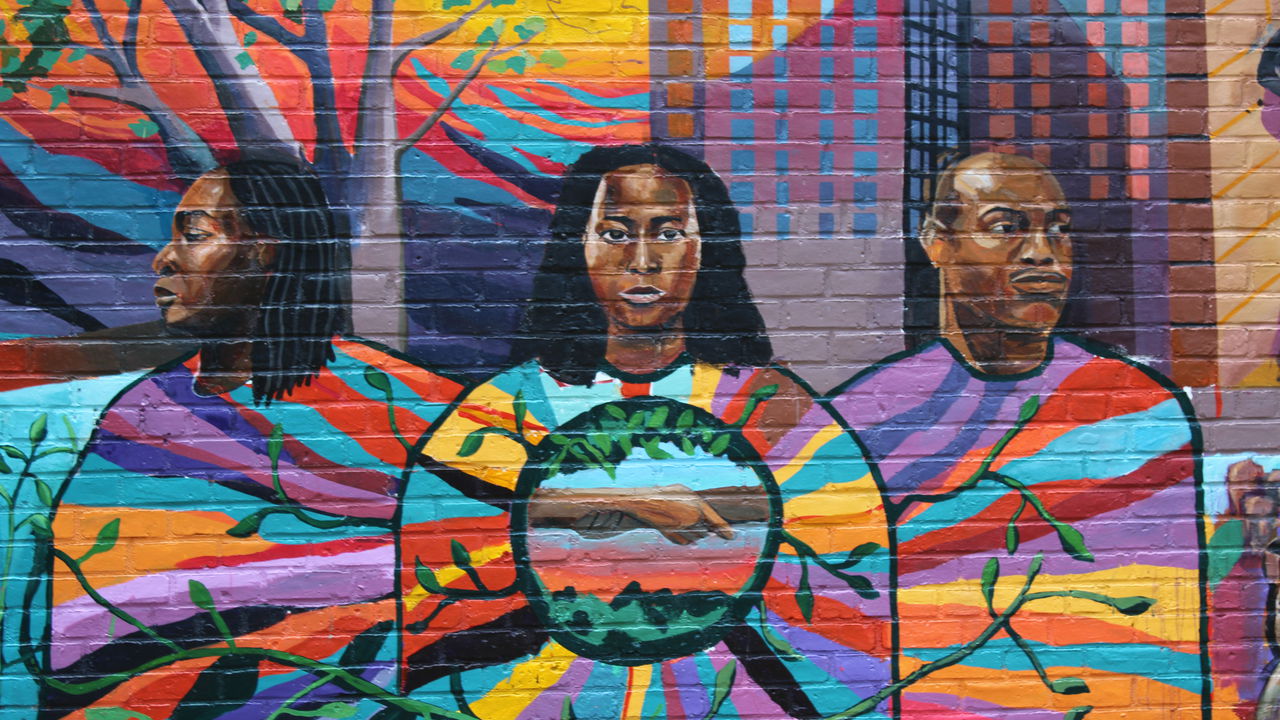 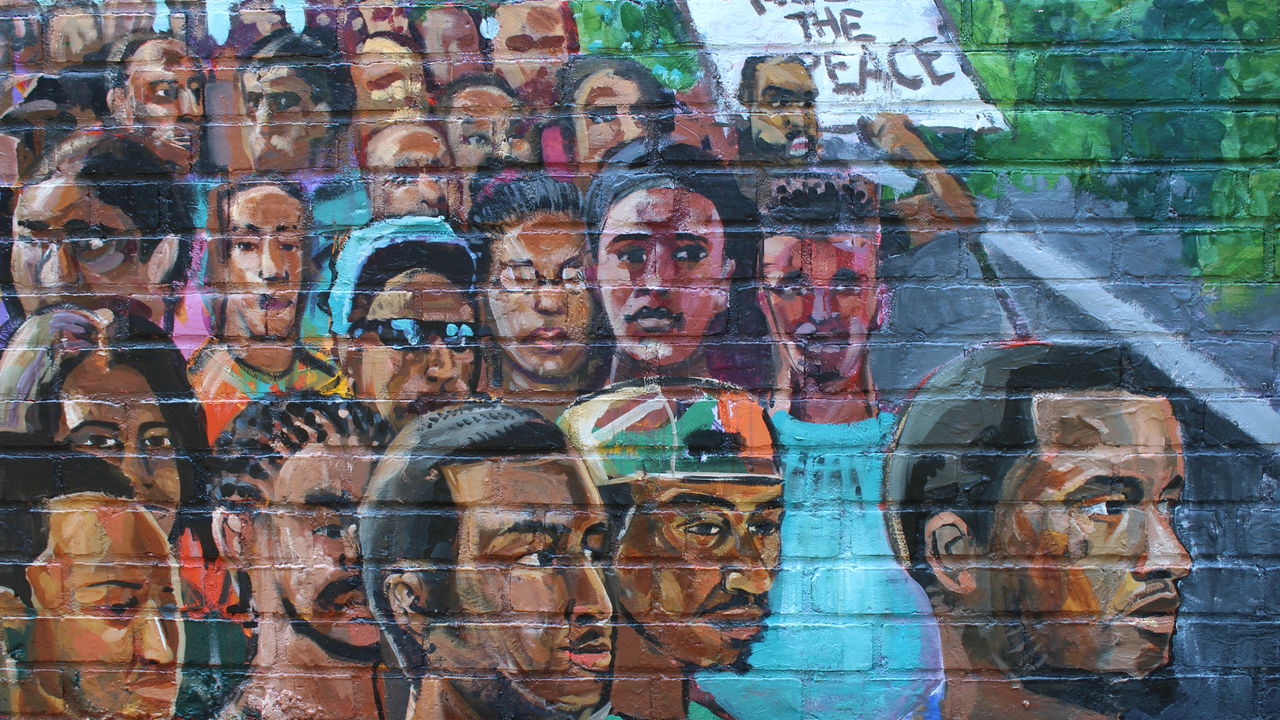 The second mural painted Saint Nicholas Houses, Pieces of Peace is broken down into seven sections. Five of those sections serve as scenes directly dealing with alternatives or ways to prevent violence. After speaking to various residents, officers and youth participants, the artists group wanted to create an anti-violence mural to combat gang violence. During a community asset mapping exercise, most residents said they thought of Saint Nicholas Houses as a peaceful community.

The top and bottom left of mural focus on behaviors inside and outside the home that promote a positive lifestyle. The center piece has three figures with bodies composed of rays emanating from the middle image of two hands embracing. Each face looks towards different directions, observing the surrounding scenes in the mural. Together, the figures represent unity within the community, a unity which will eradicate violent behavior. On the right, the top shows a young man mediating a dispute before it escalates, while the bottom is a peace rally from members of the community. Both these images are the most direct acknowledgements of dealing with violence. The top serves as an example of what the individual can do, while the bottom is an example of a community taking action and coming together to address the issue.