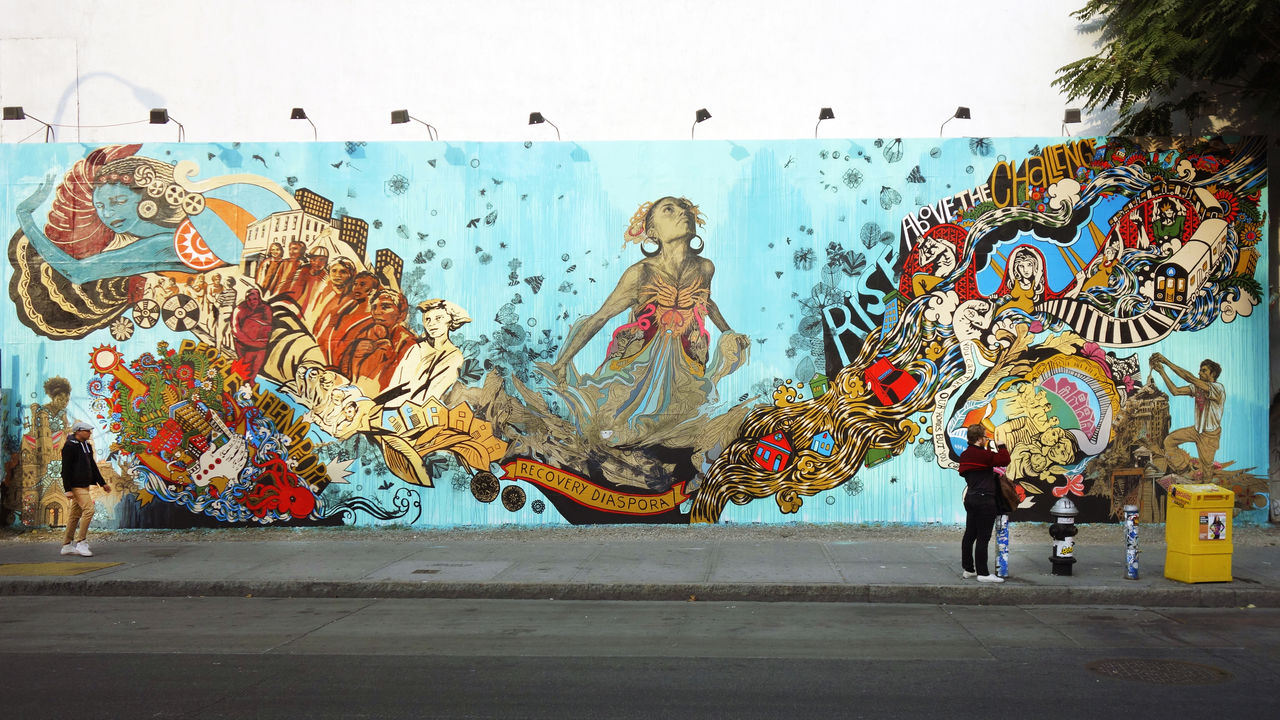 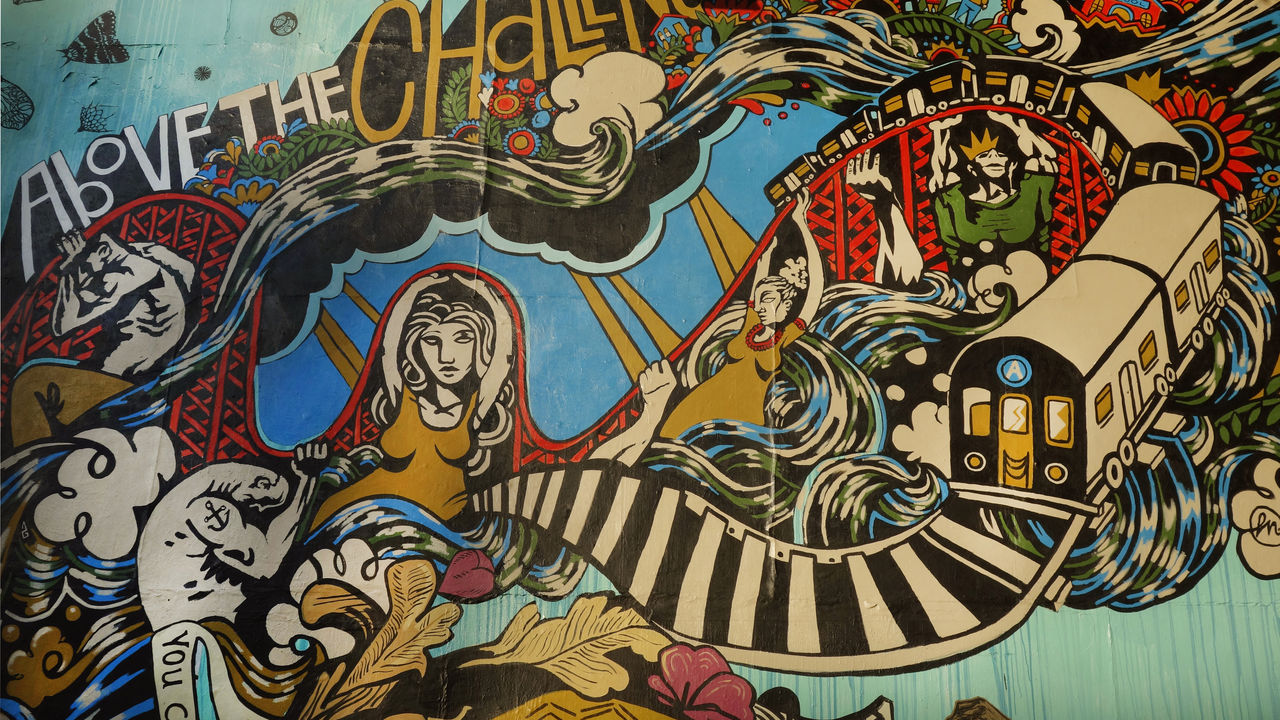 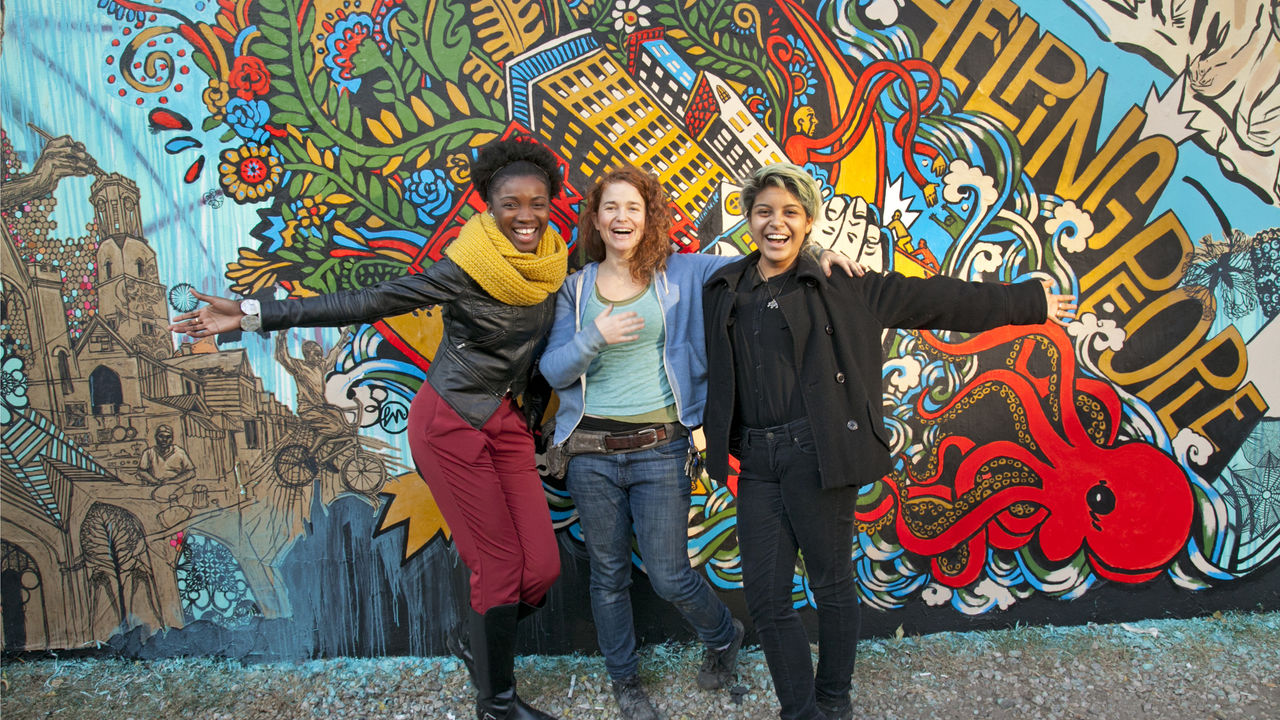 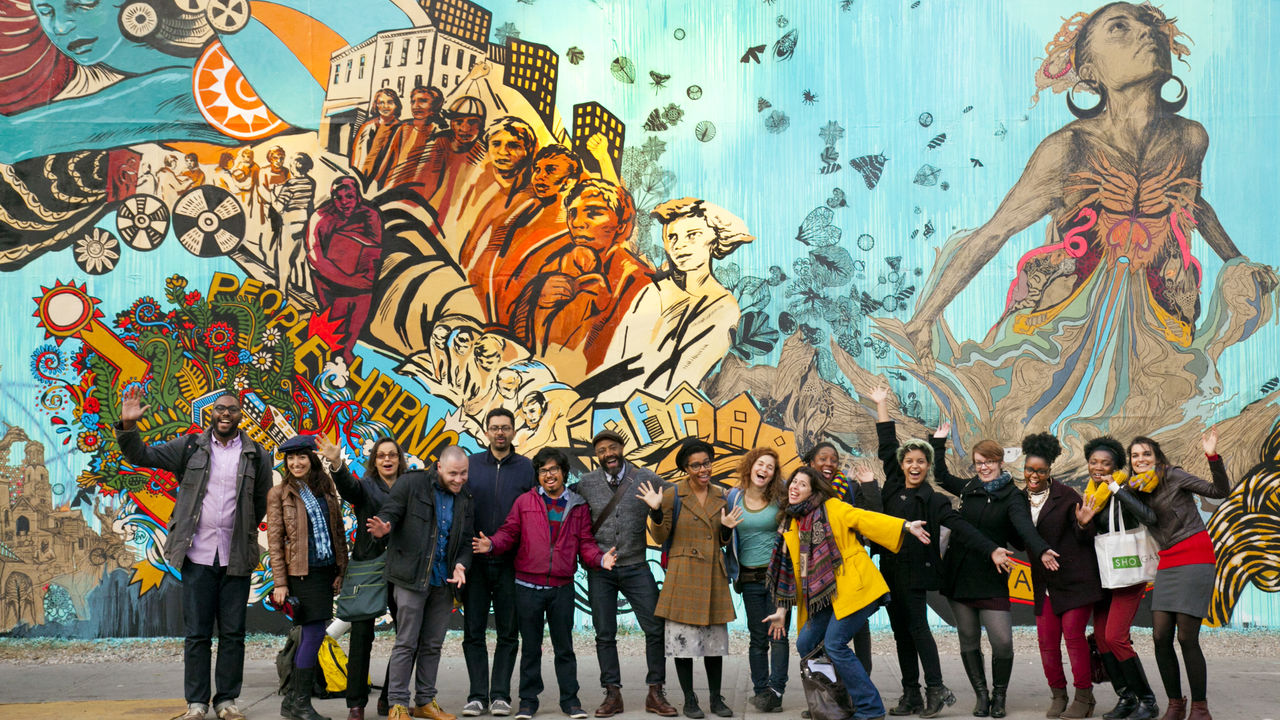 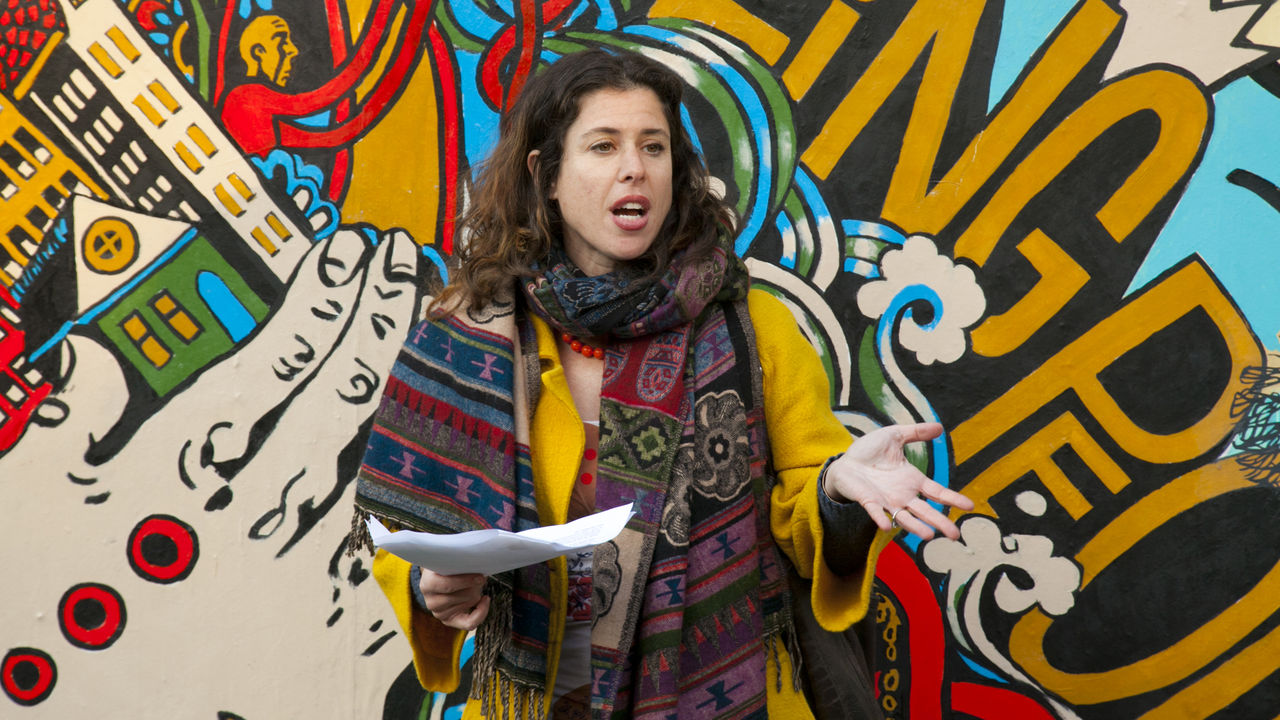 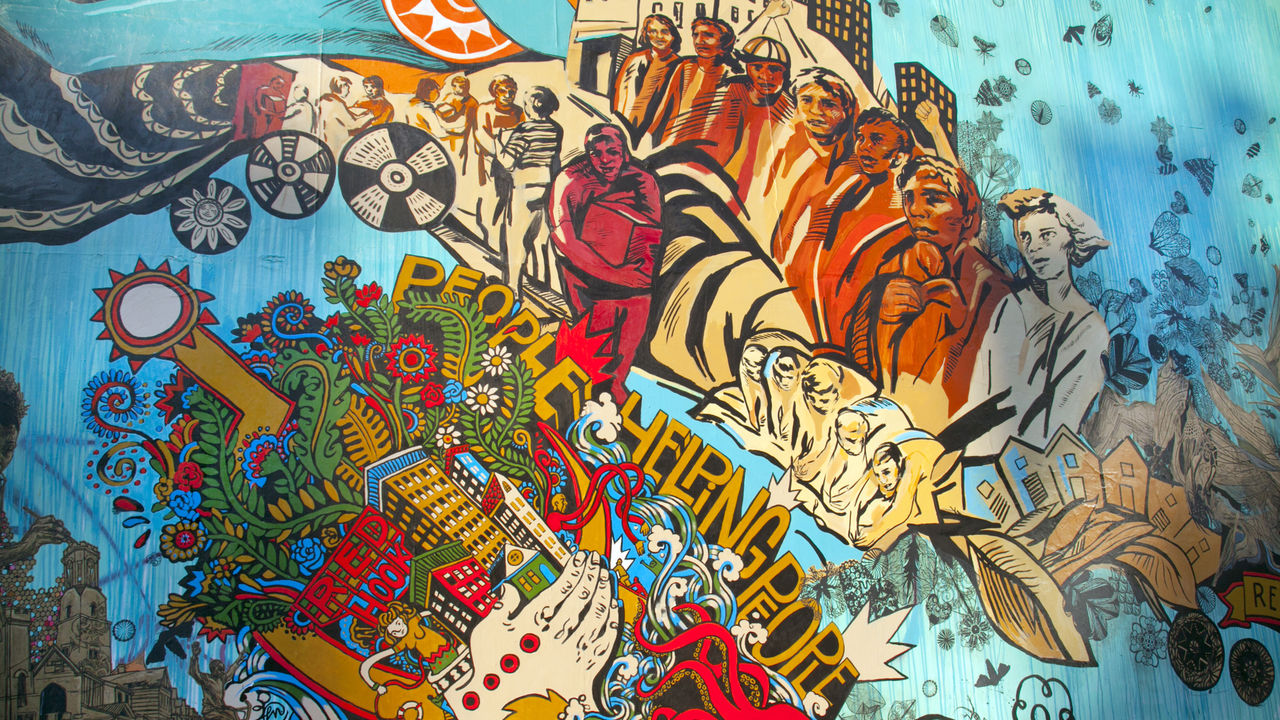 "Recovery Diaspora," located on the famed Bowery Mural wall, is the capstone mural created as part of the Recovery Diaspora series, a collaborative citywide public art installation developed by Swoon, together with youth from neighborhoods deeply impacted by Superstorm Sandy.

In summer 2013, teen artists worked in collaboration with renowned street artist Swoon and Groundswell muralists Yana Dimitrova, Angel Garcia, Jazmine Hayes, and Misha Tyutunik to create four permanent murals for Coney Island, Far Rockaway, Red Hook, and Staten Island. Youth artists drew from stories of healing and recovery to create a visual narrative that captures the concerns, hopes, and overall spirit of these communities. "Recovery Diaspora" illustrates the vision and optimism of these young people. The mural's central figure is Thalassa, a goddess from Greek mythology known as the mother of all sea creatures. An elementary school, which acted as a shelter in the Rockaways, shines in the form of a lighthouse. An octopus fails to drown Red Hook underwater thanks to the efforts of hundreds of volunteers from across the nation. A mermaid comforts Coney Island while a heart contains healing for the lost children of Staten Island.

Scheduled to coincide with the anniversary of the storm, "Recovery Diaspora" is a testament to both resilience and vulnerability, and by engaging the public in its design, it serves to highlight the importance of continued relief efforts by and for Sandy's victims.