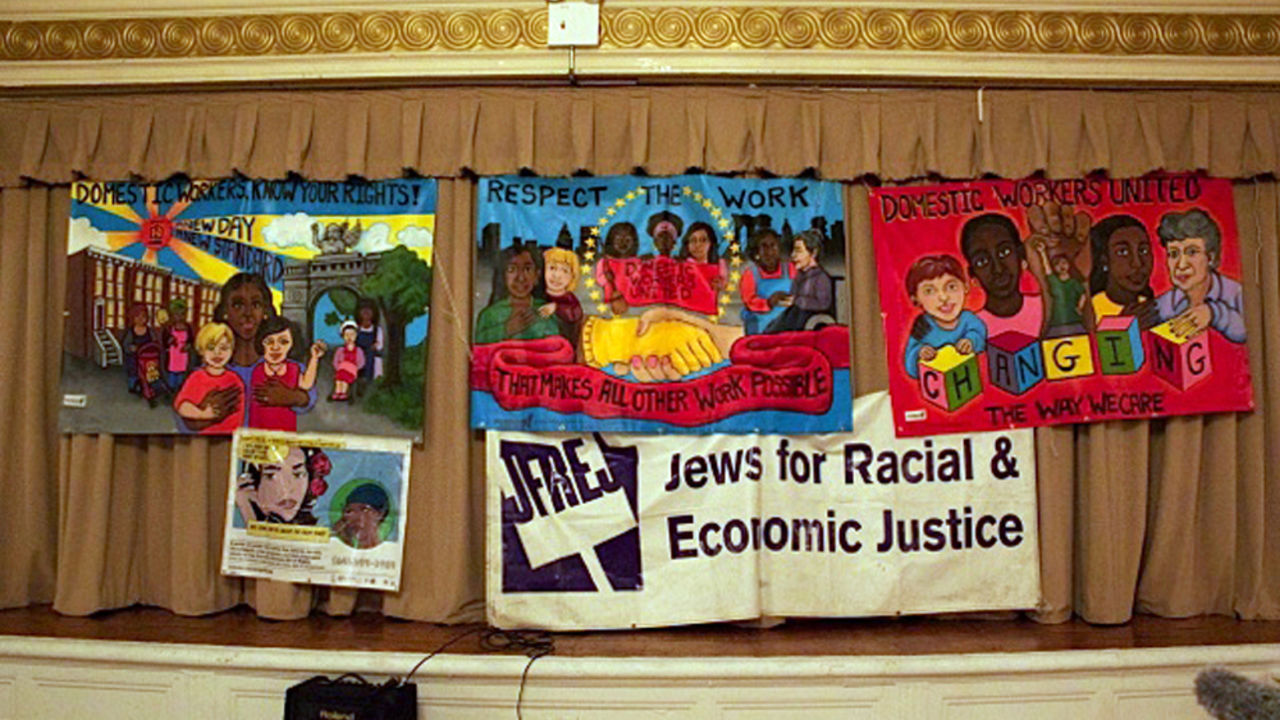 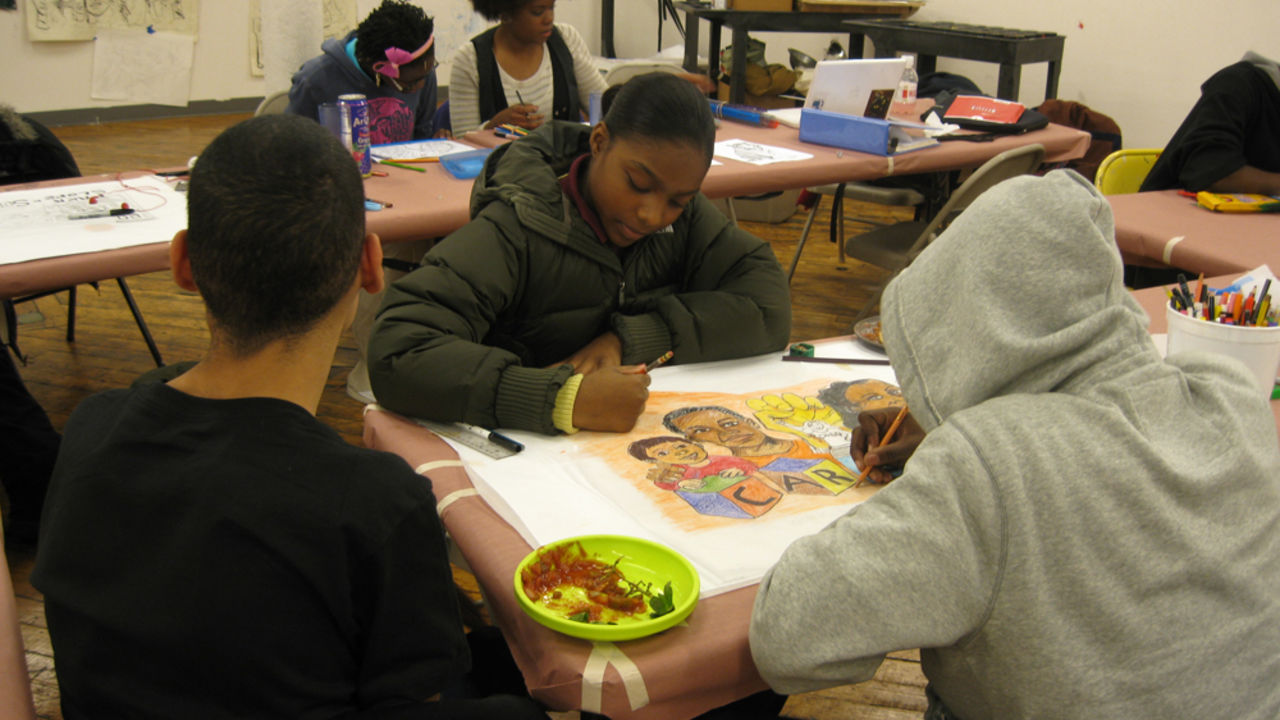 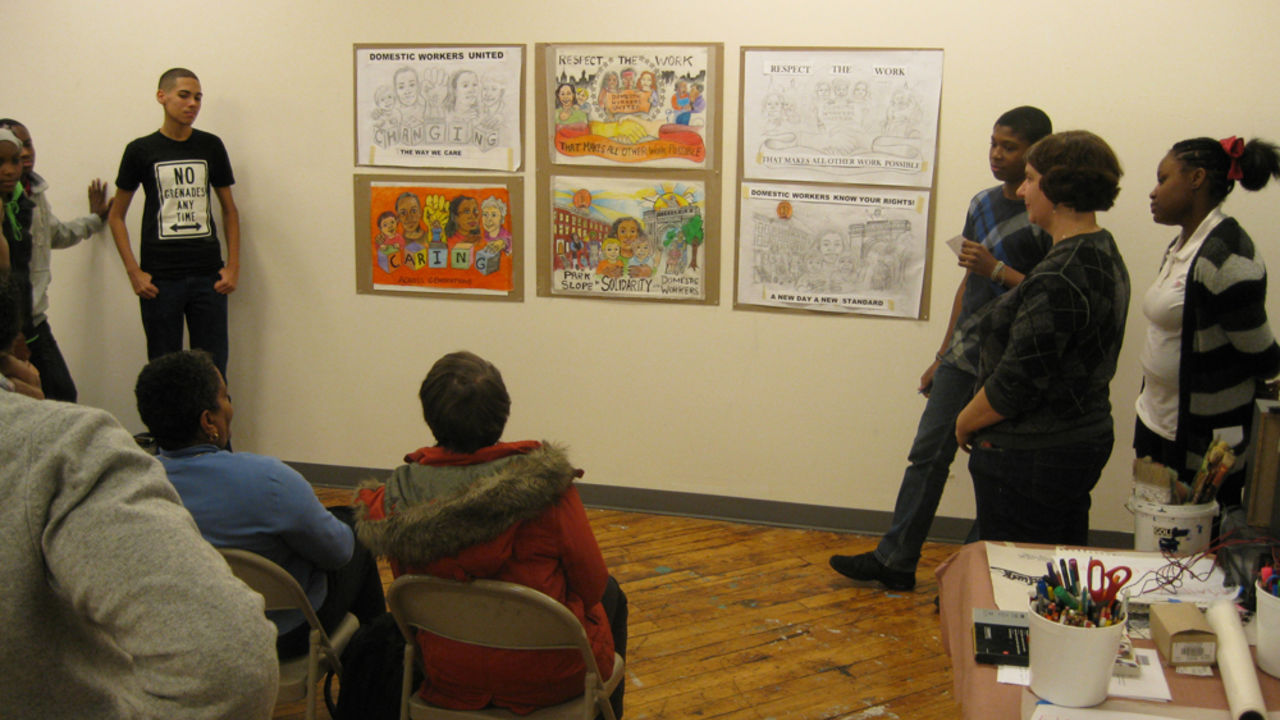 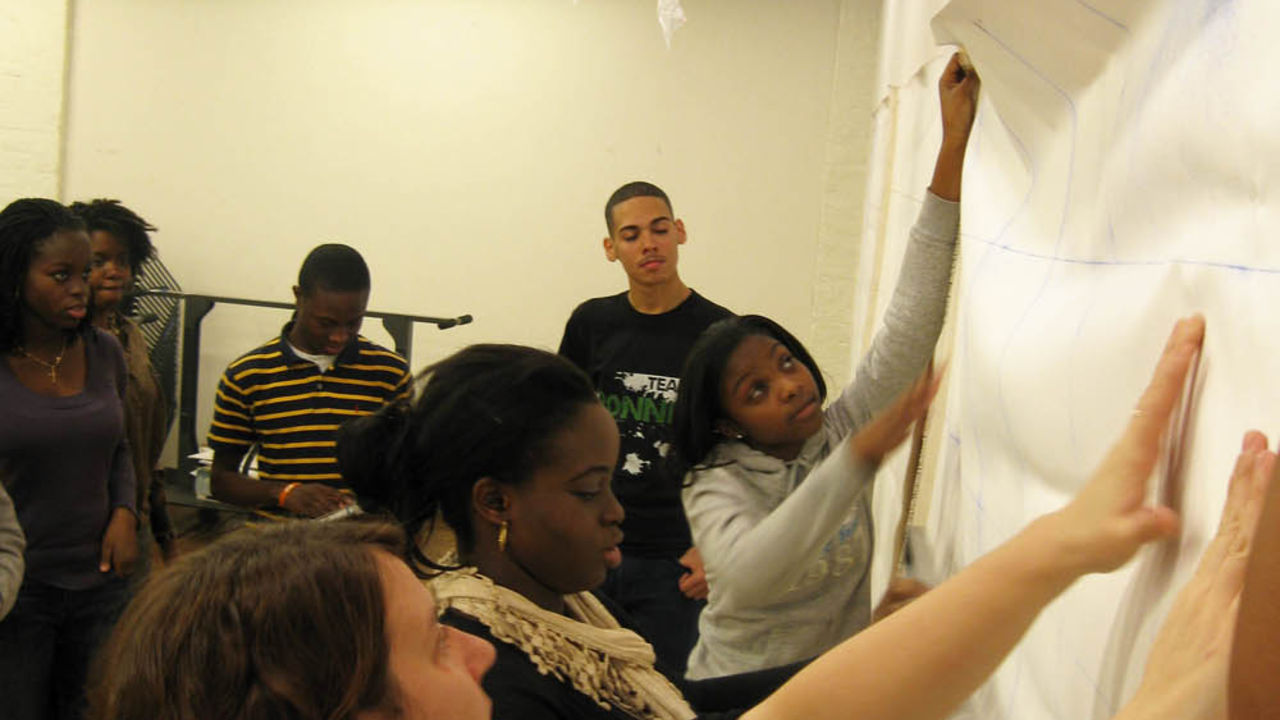 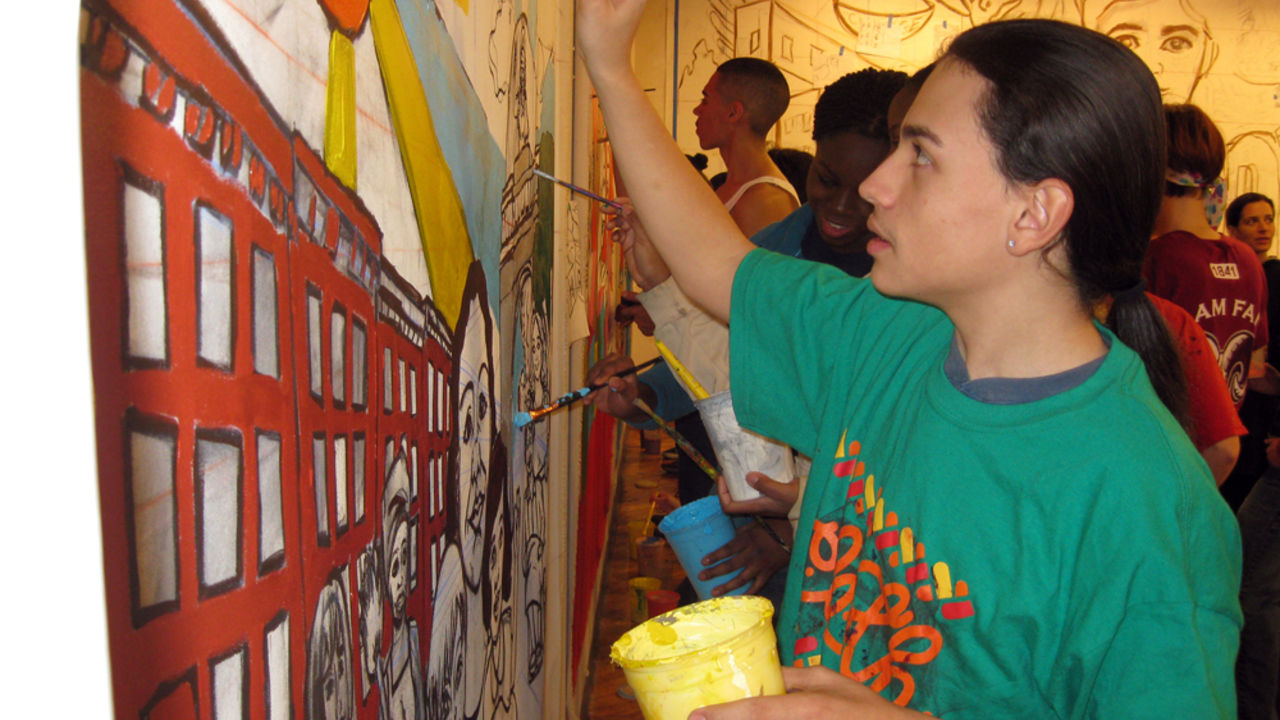 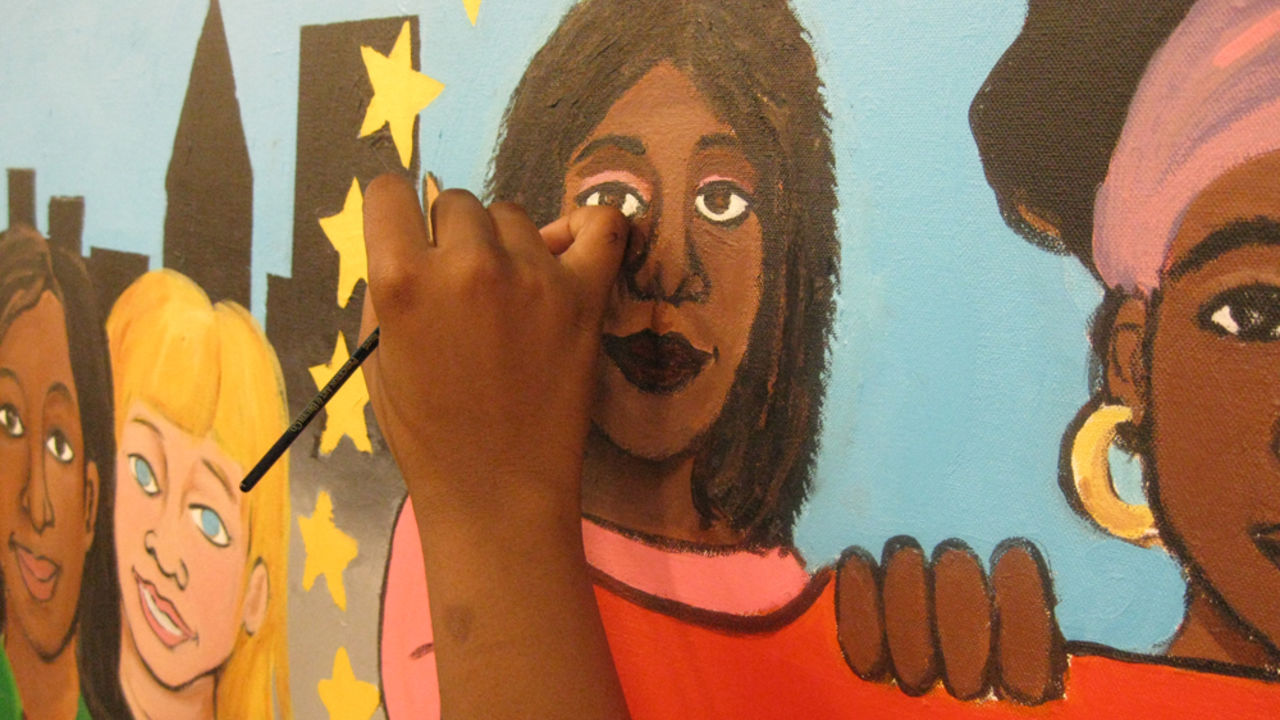 In this project, a group of Groundswell youth partnered with Domestic Workers United (DWU) and Jews for Racial and Economic Justice (JFREJ) to help organize domestic workers in their continued fight for justice, dignity, and respect. The youth artists were commissioned to create three banners which could be used by DWU and JFREJ at upcoming rallies, meetings, and open houses. These colorful banners celebrate the importance of domestic workers and call on all of us to take action in the ongoing campaign for justice for nannies, housekeepers, and elder care providers. The young people unveiled the banners as part of a larger education campaign regarding the Domestic Workers Bill of Rights. At a street fair and press conference hosted in May 2012, hundreds of domestic workers and the children under their care joined our youth muralists in Park Slope to educate the community about this important legislation. During the event, DWU distributed resource guides designed to help local employers comply with the law.