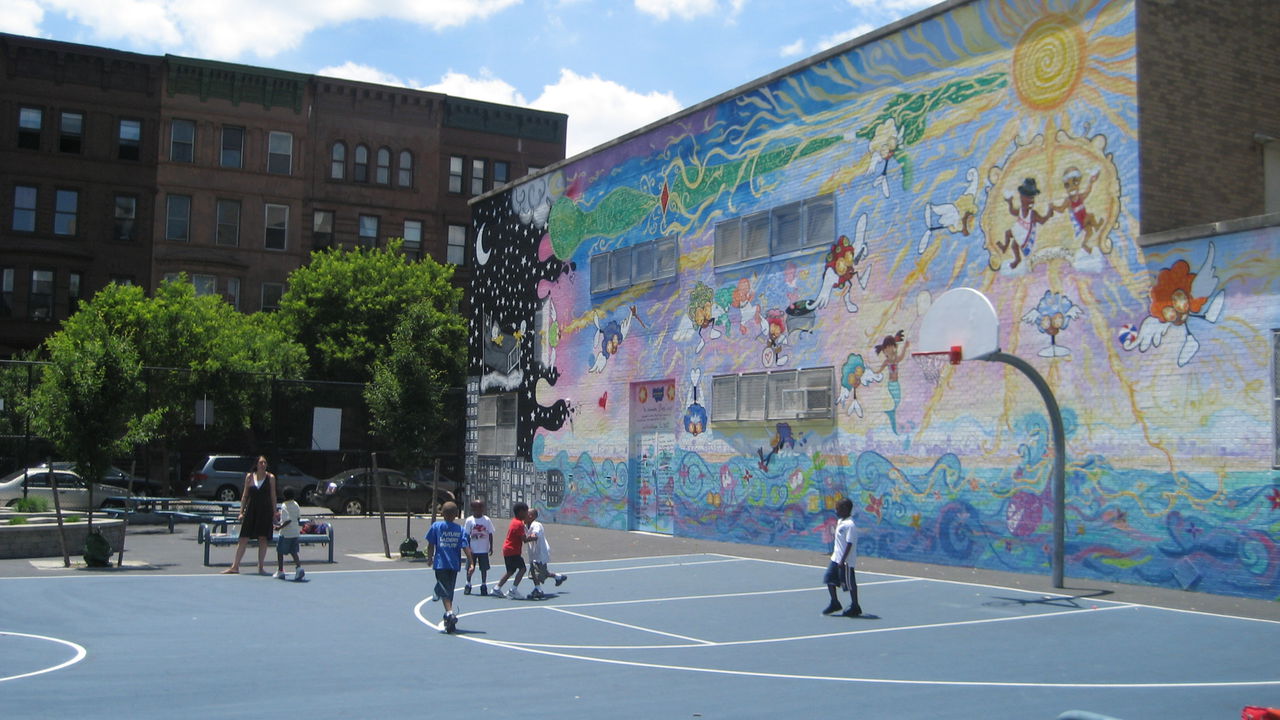 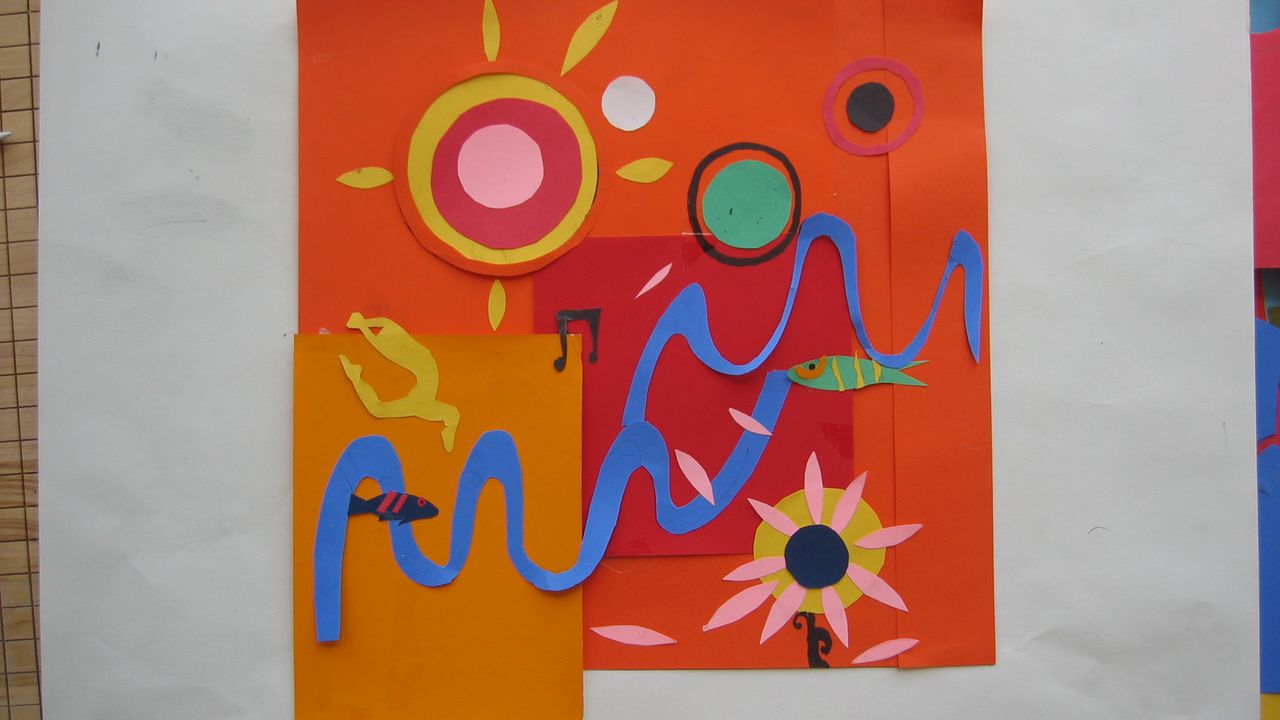 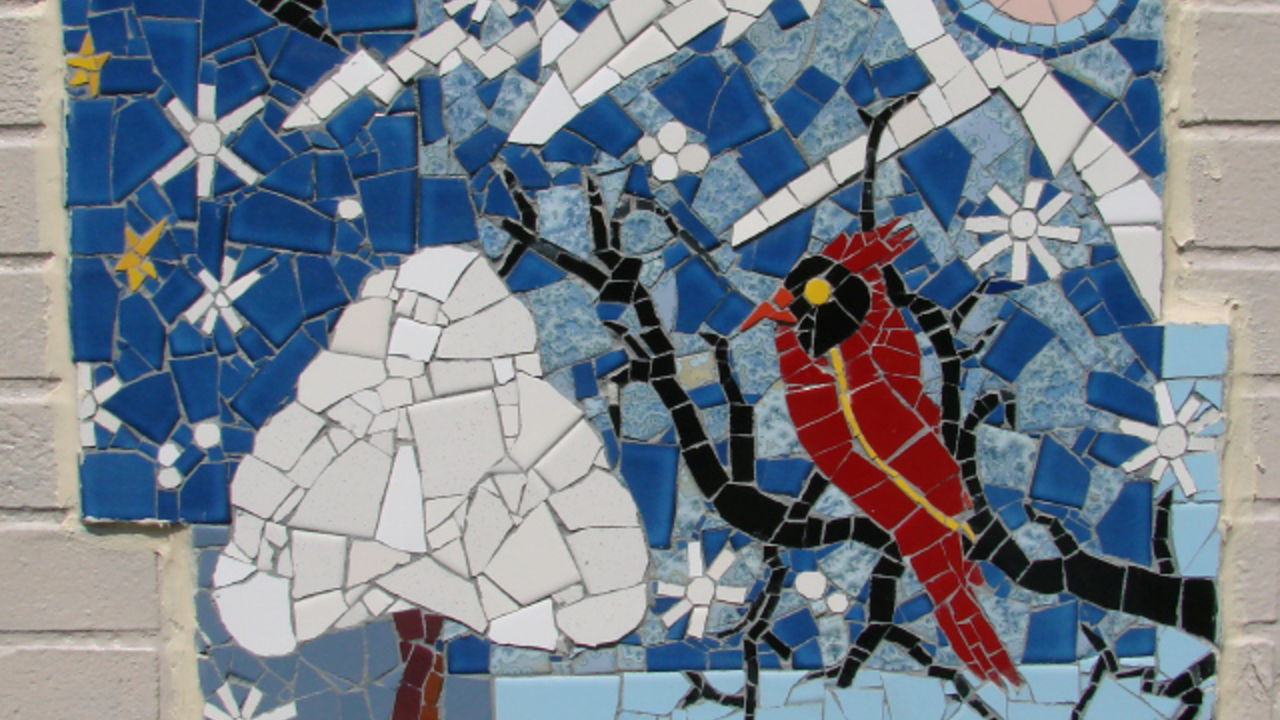 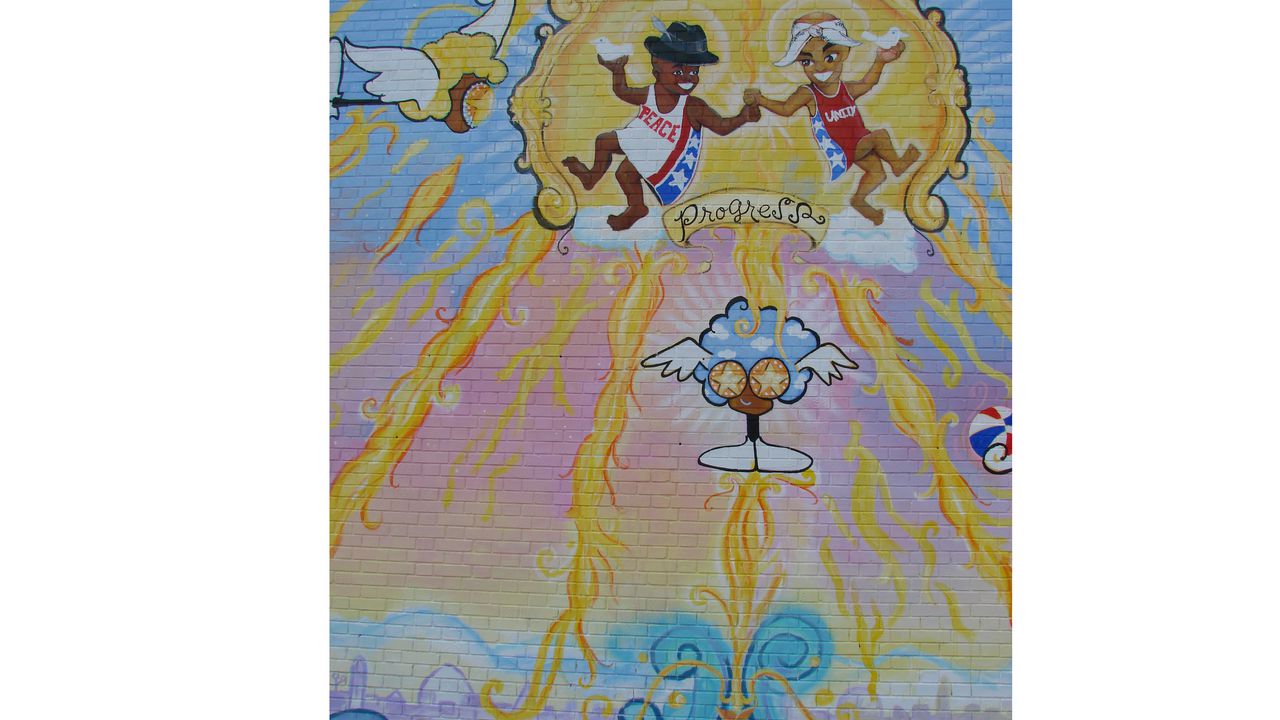 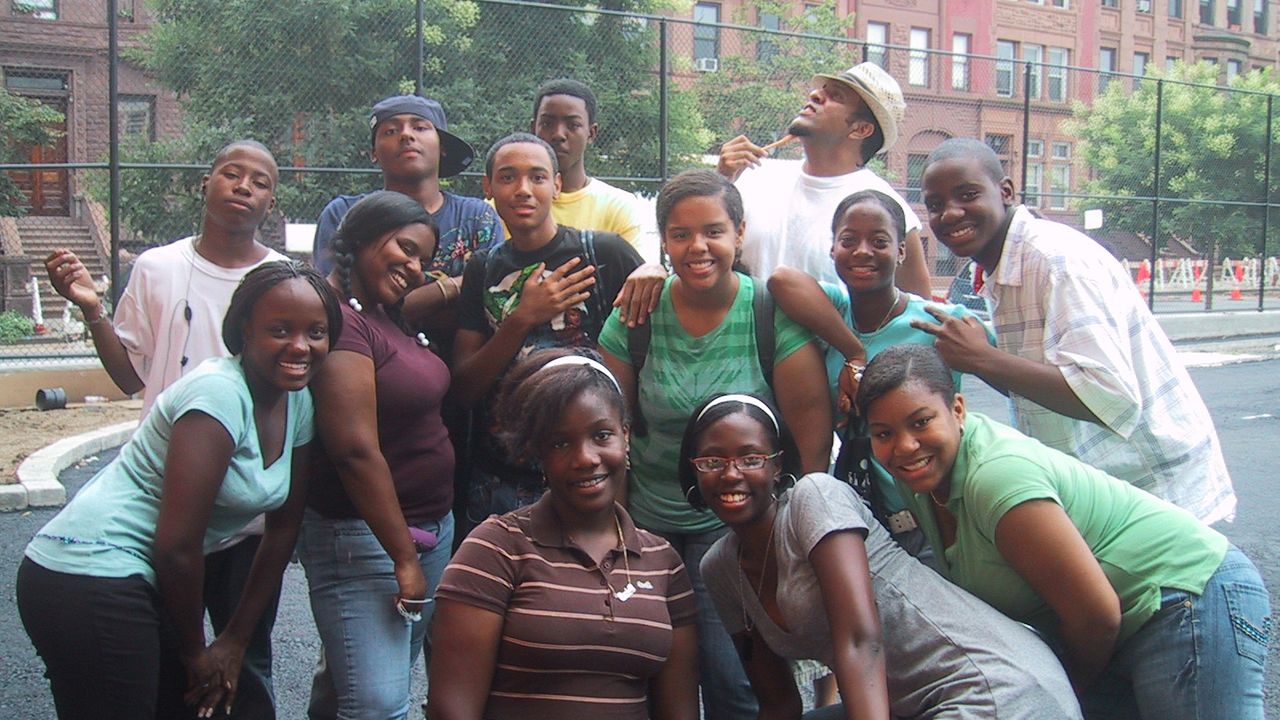 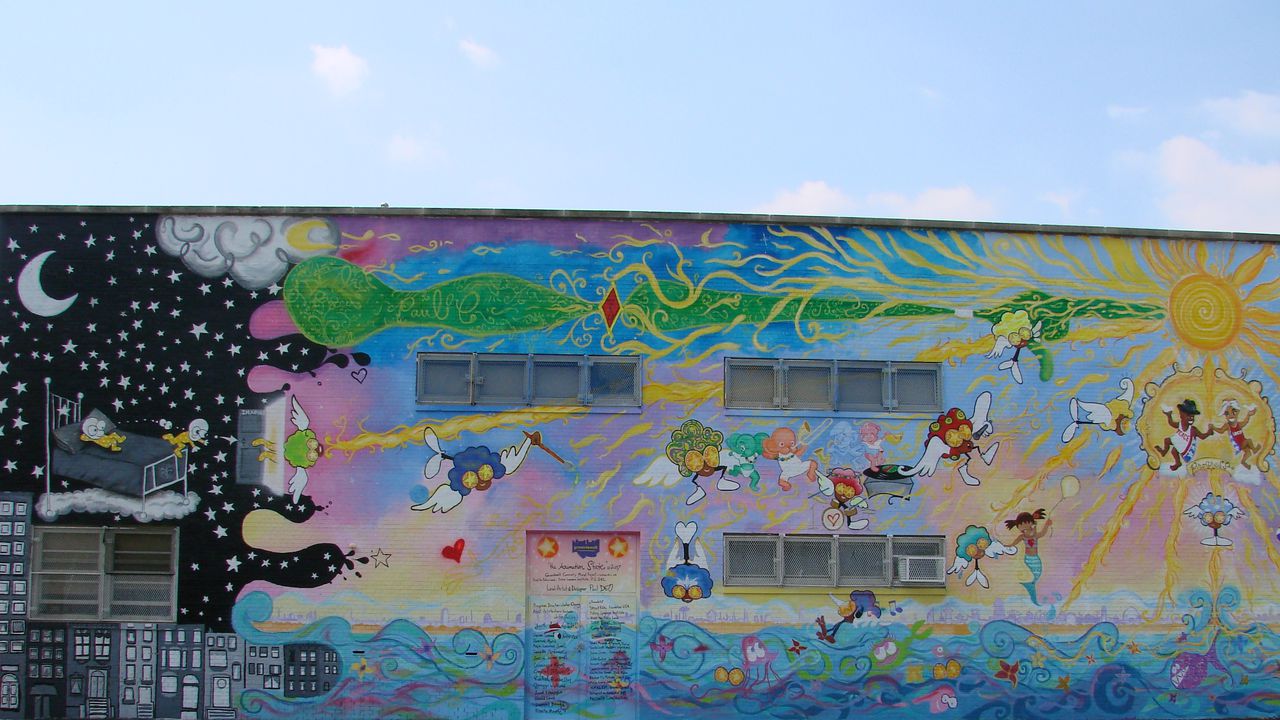 Through The Animation State, alumni from the Future Leadership Institute returned to their school to paint a mural celebrating the role of imagination in self-discovery. The youth artists opted to create a mural without straightforward historical or cultural iconography. As many had a strong interest in animation and cartoons, the group selected this style to tell its story. The murals title, The Animation State, illustrates the freedom animated people enjoy compared to their real-world counterparts. A child with pajamas the main character leaves behind a black and white world to enter a colorful world where they travel through fantastic places and meets with fun and welcoming friends. The Animation State looks over a newly re-designed playground built by The Trust for Public Land and is adjacent to The Four Seasons, a series of mosaics by Groundswell youth artists. Natures Song, a mural led by Groundswell artist Cornell Jones, is located on the 122nd Street entrance to the school.