Transforming Your Transit Into Tranquility 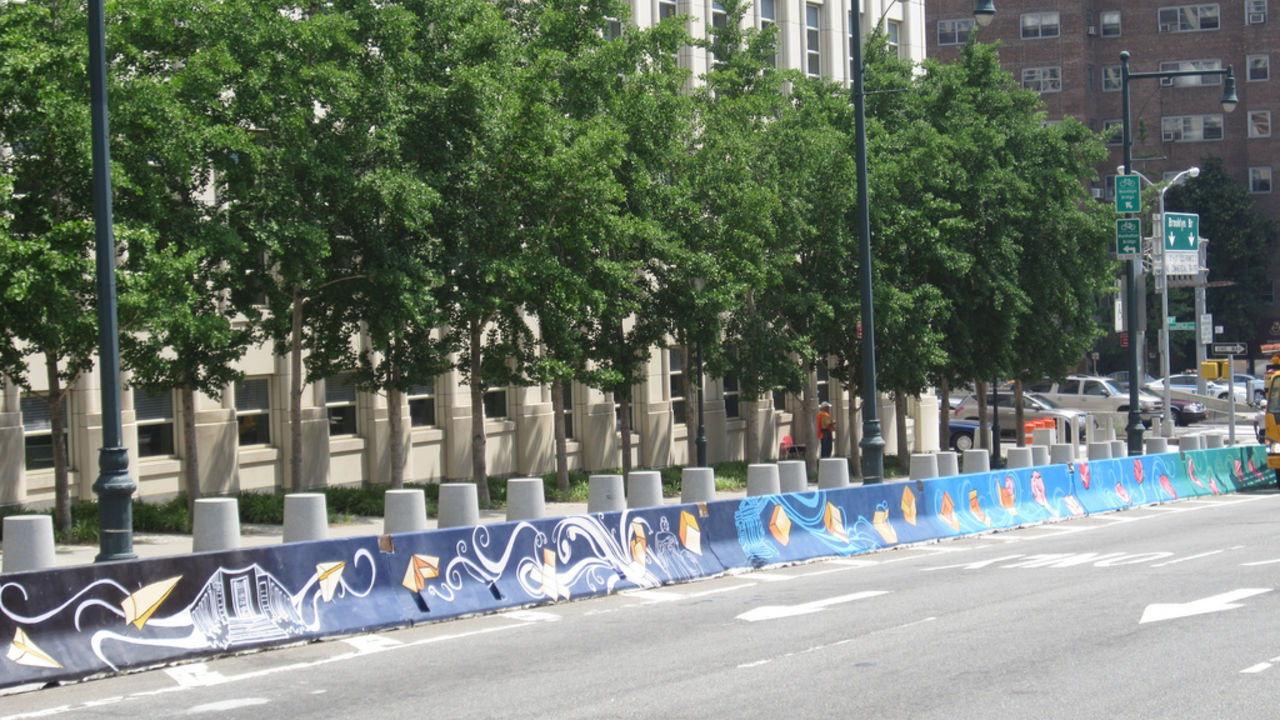 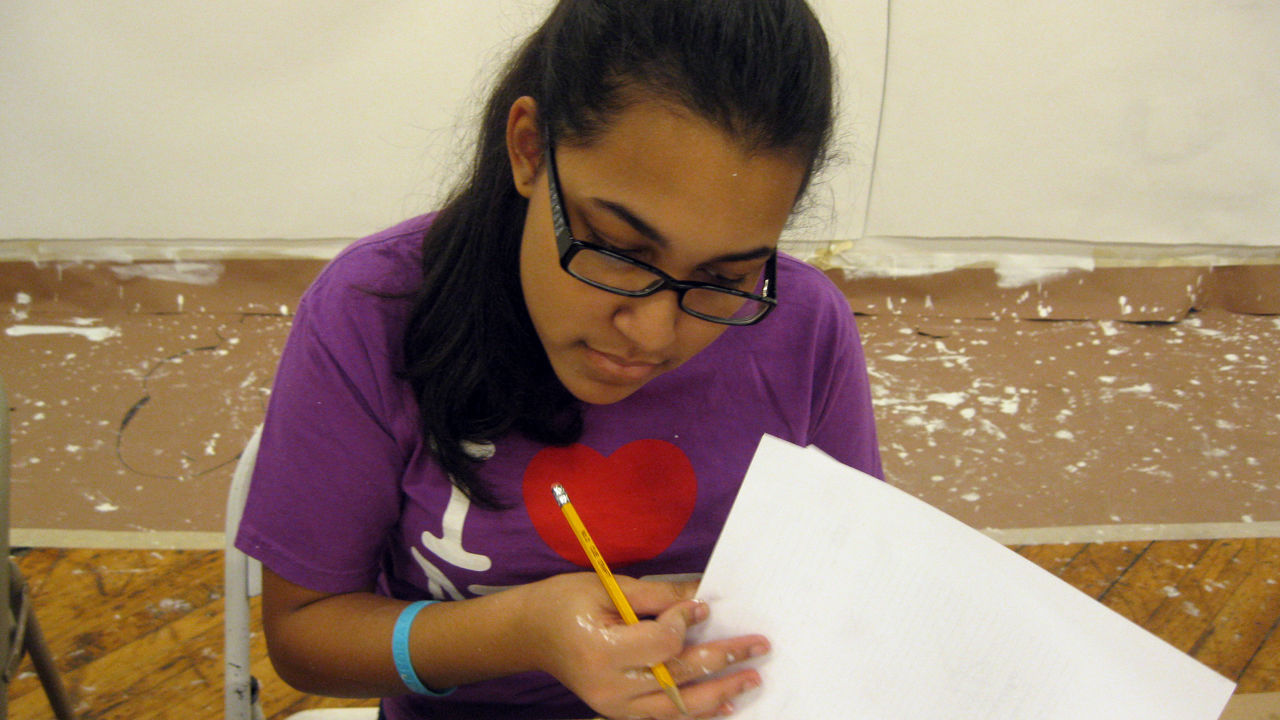 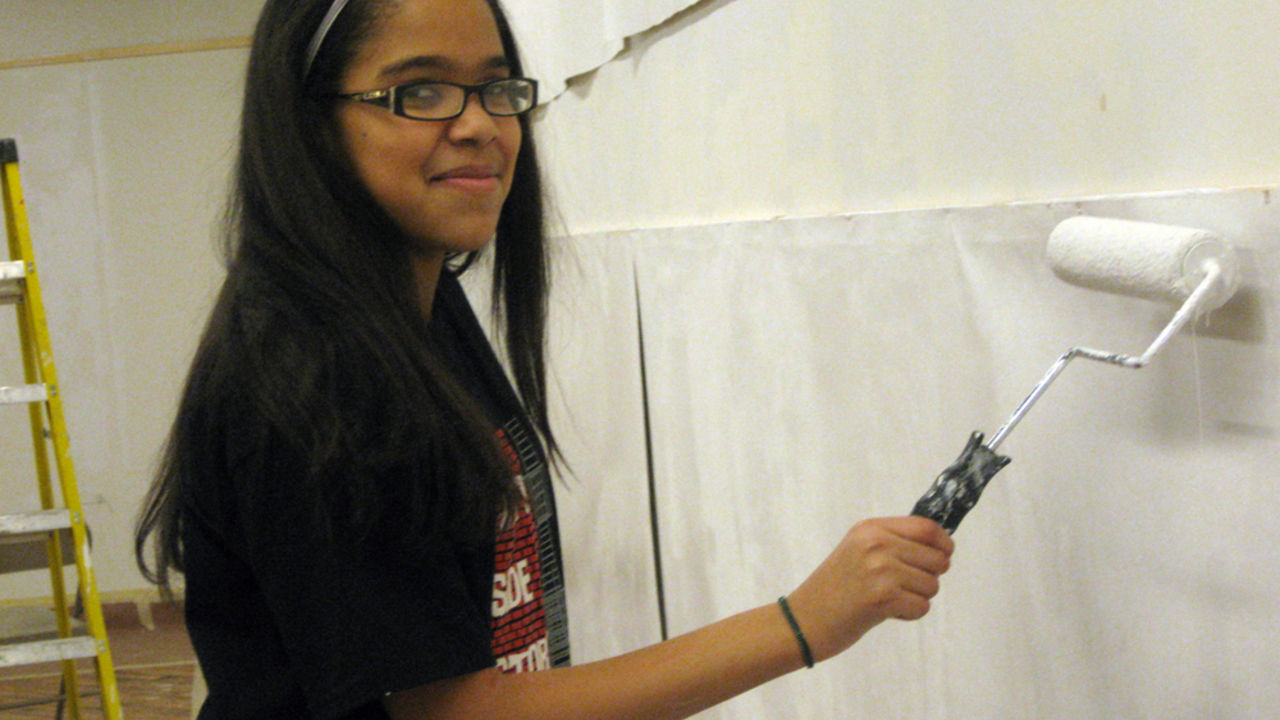 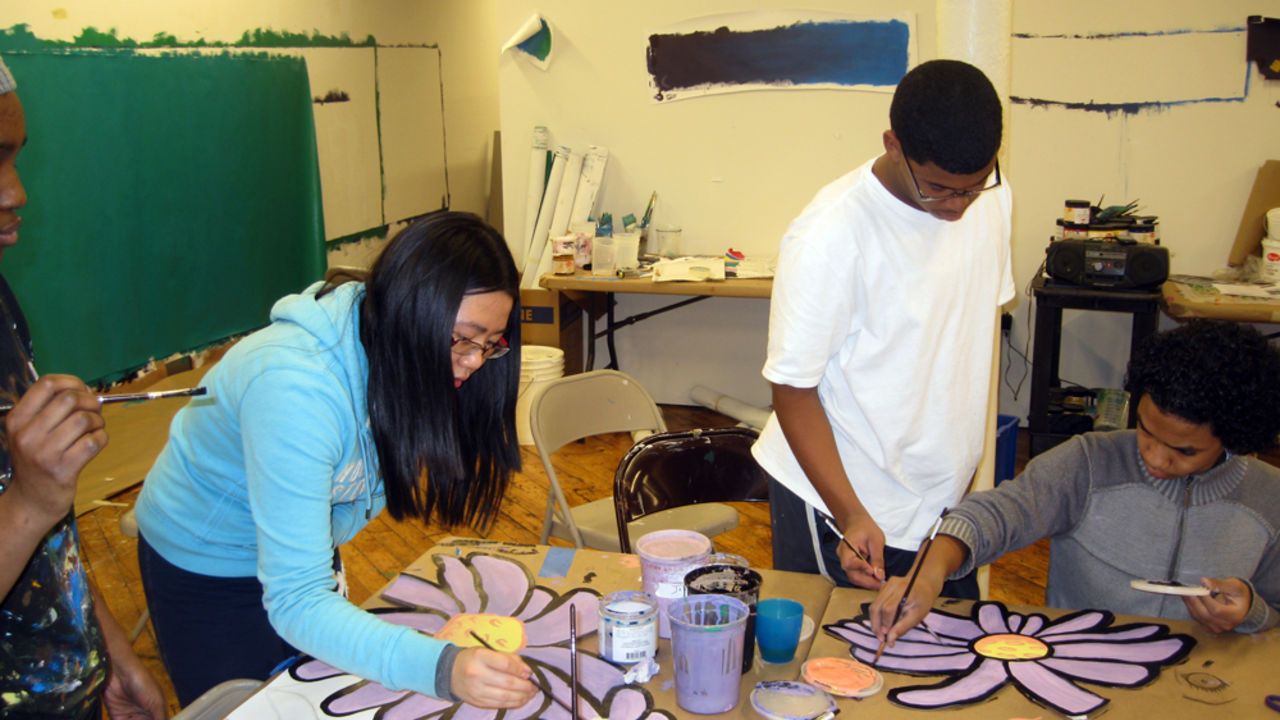 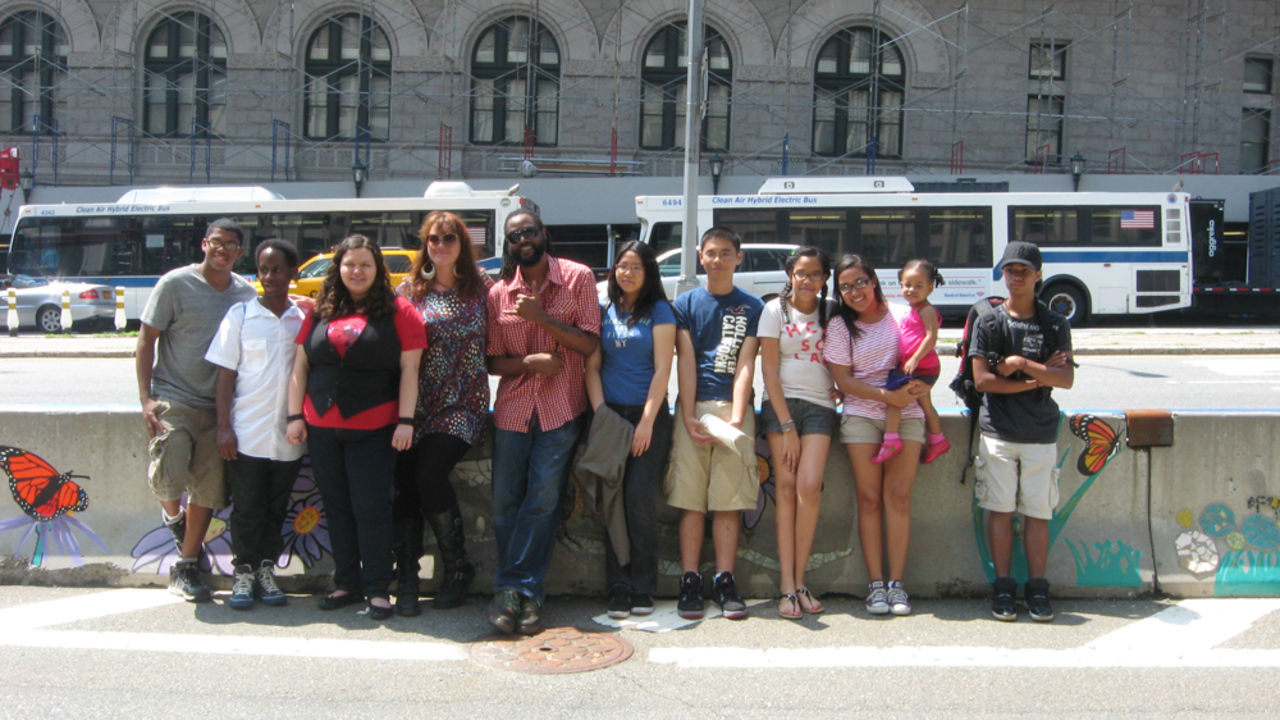 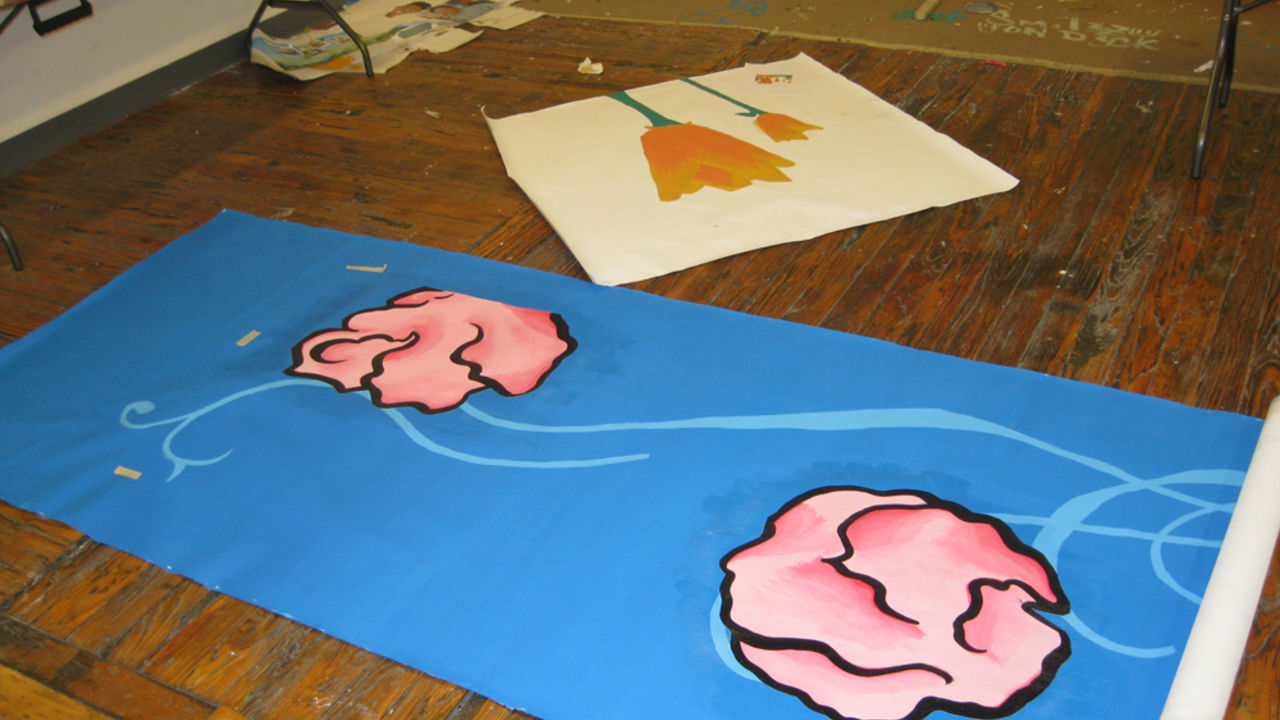 Transforming Your Transit Into Tranquility was created in partnership with the New York City Department of Transportation. The mural was created by seventeen youth artists led by artists Chris Beck and Tanya Albrightsen-Frable. It complements a Groundswell project from 2009, entitled Worker Bees; together, the two artworks beautify both sides of a traffic barrier in Downtown Brooklyn. In Transforming Your Transit Into Tranquility, nine panels facing vehicular traffic evoke transformation and motion. The image depicts a single sheet of paper transforming from a plane into a boat. It is designed to be read from either direction of traffic, like a palindrome. Nine additional panels face pedestrian and bicyclists, and augment Worker Bees, adding images of flowers and flora in large scale to the existing mosaic.