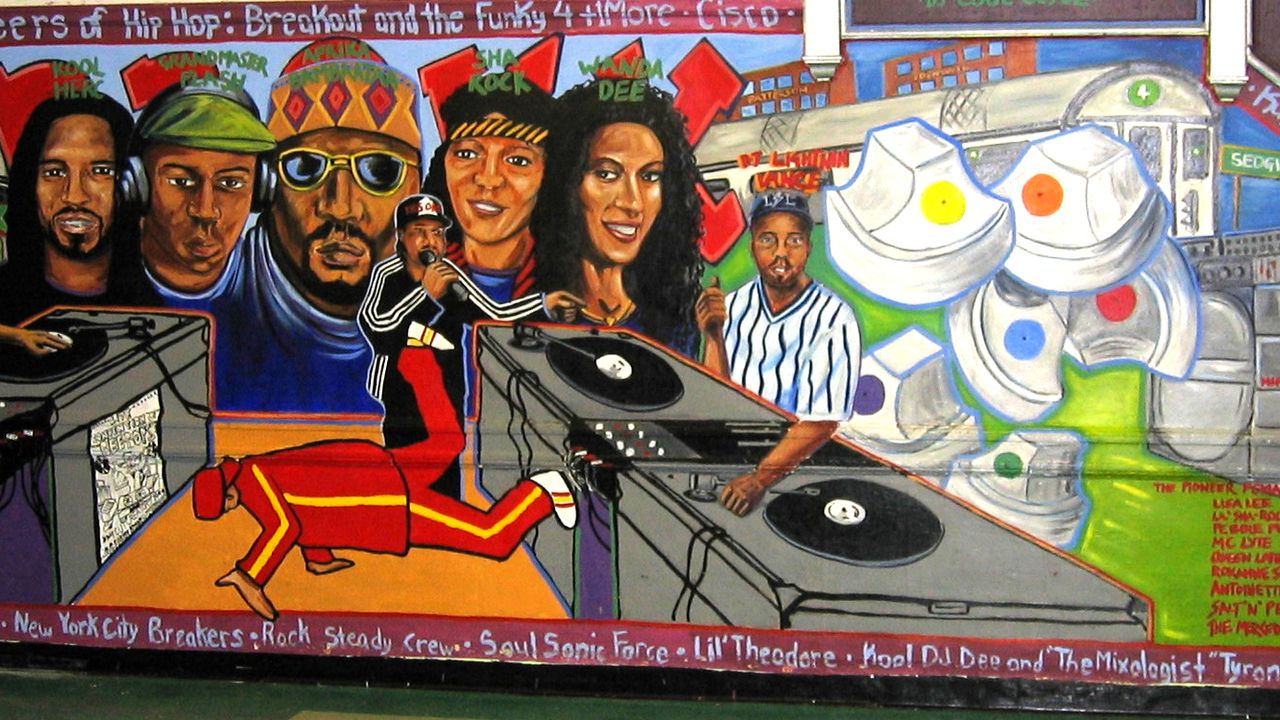 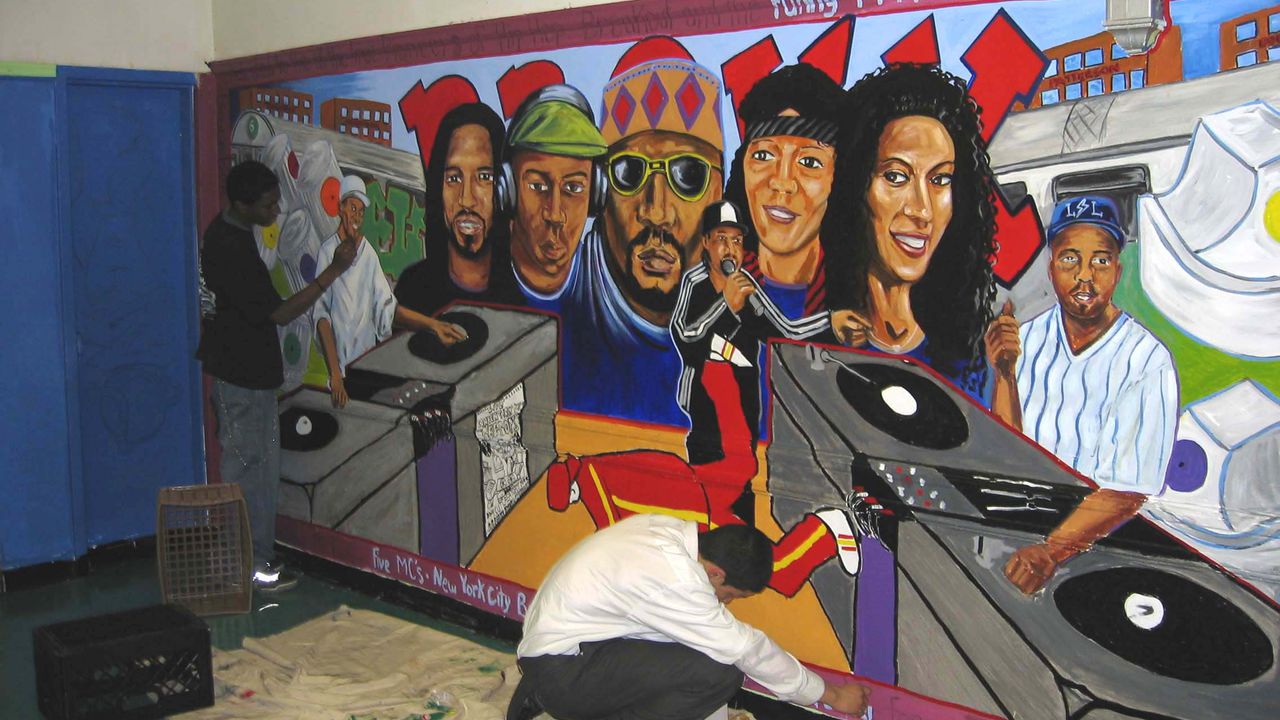 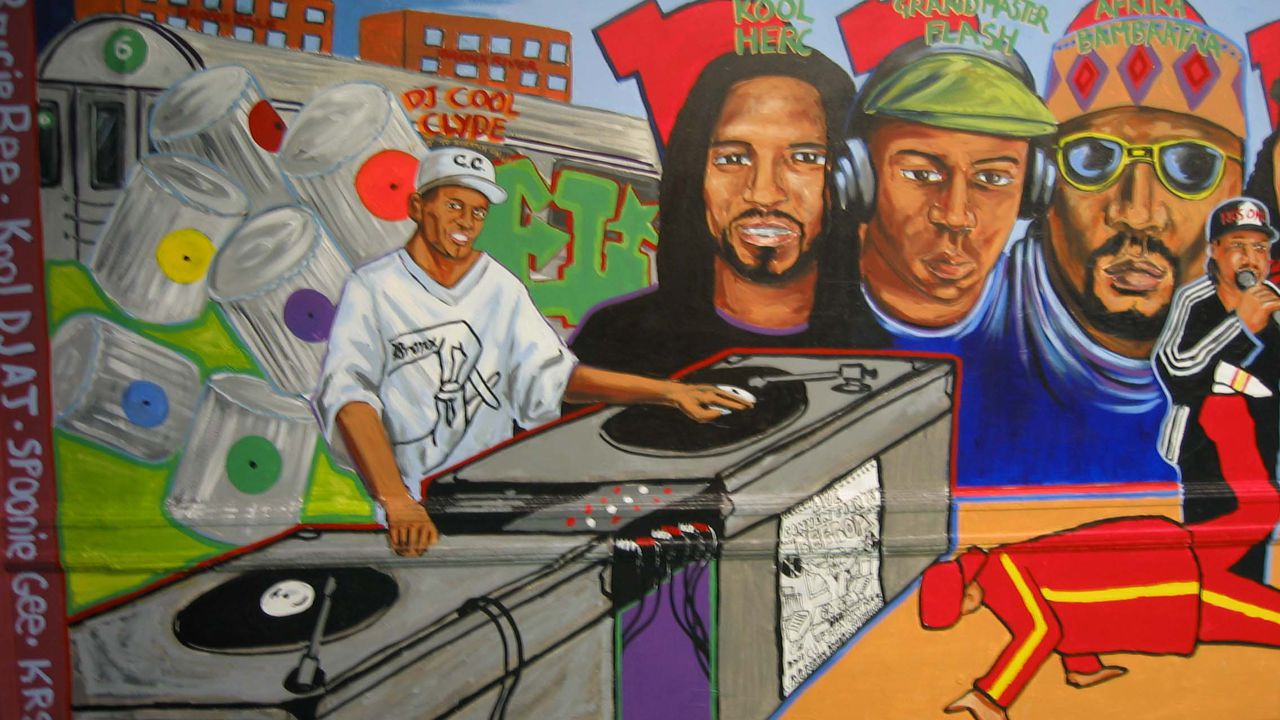 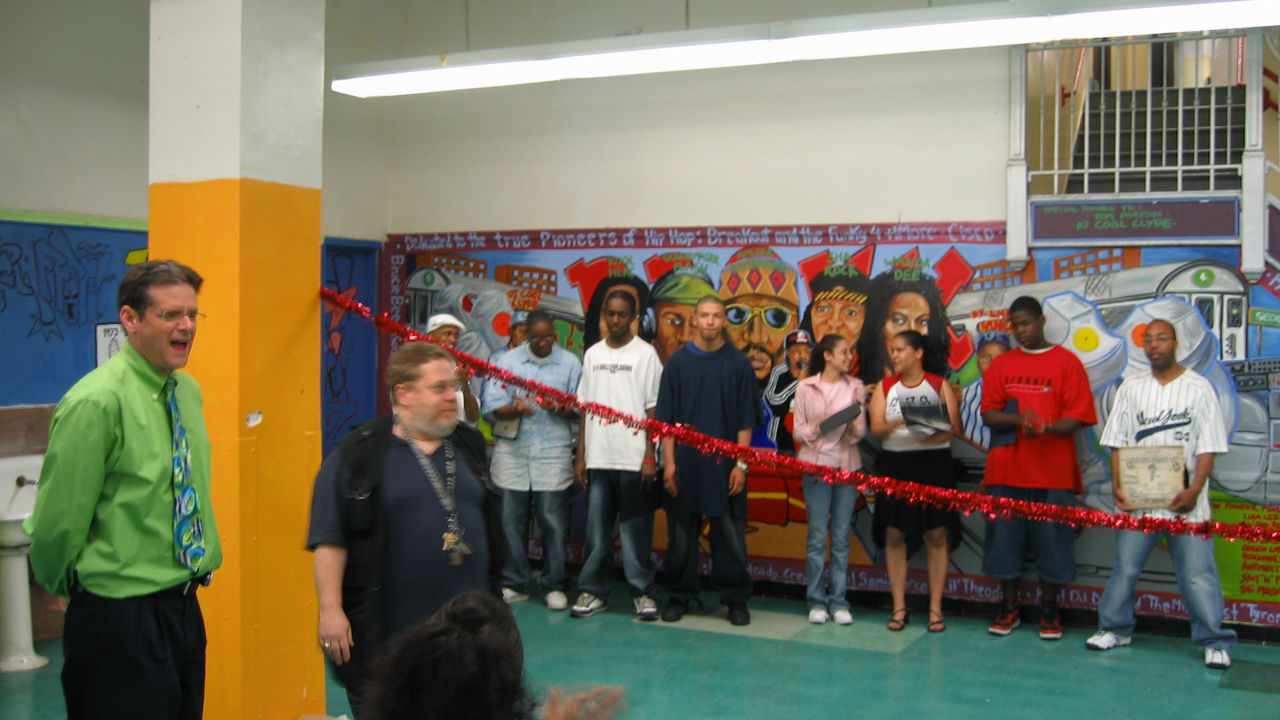 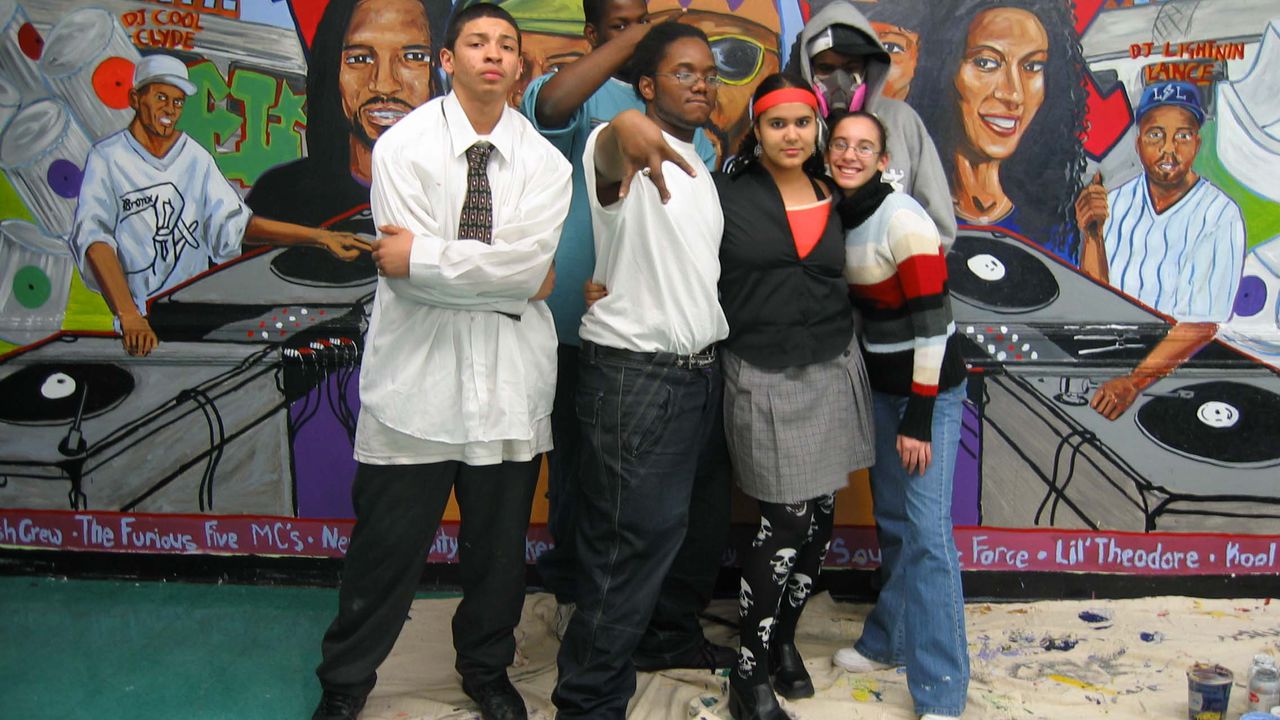 Monroe High School is located in the South Bronx, in the heart of the area that gave birth to Hip Hop in the 1970s. Monroe High School wanted to recognize the historical impact and cultural contribution of the neighborhood by creating a mural in the school lunch room to acknowledge and celebrate early Hip Hop culture and the local figures that created it. The Groundswell team decided to focus on portraits of the key figures that were instrumental in beginning Hip Hop as a movement. Other images of significance that were generated included the housing projects where Hip Hop began, the number 4 and 6 trains that serve the South Bronx, graffiti style lettering, and break dancing. Local DJ Cool Clyde, the first DJ to use the scratching technique and who still lives in the neighborhood, spent time with the group and is included in the mural. Teachers and members of the school community were highly impressed by the visual impact of the mural and the enthusiasm of the participants.