Water is the Life of NYC 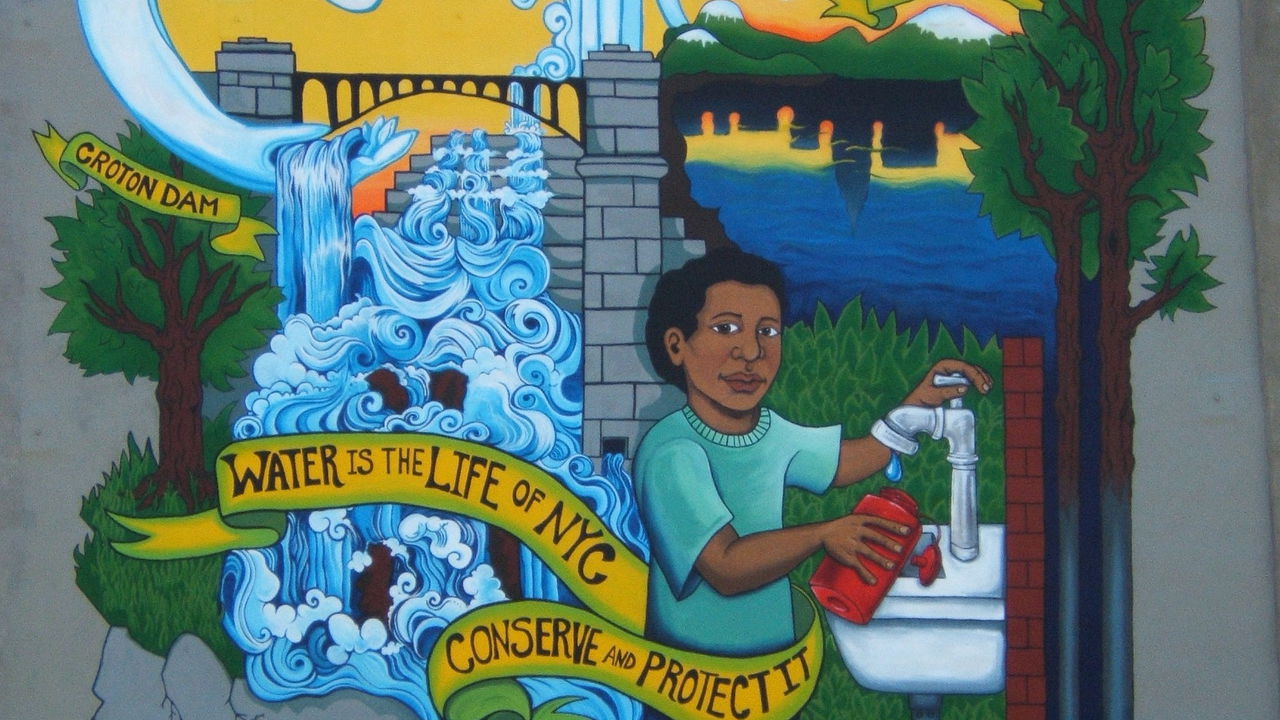 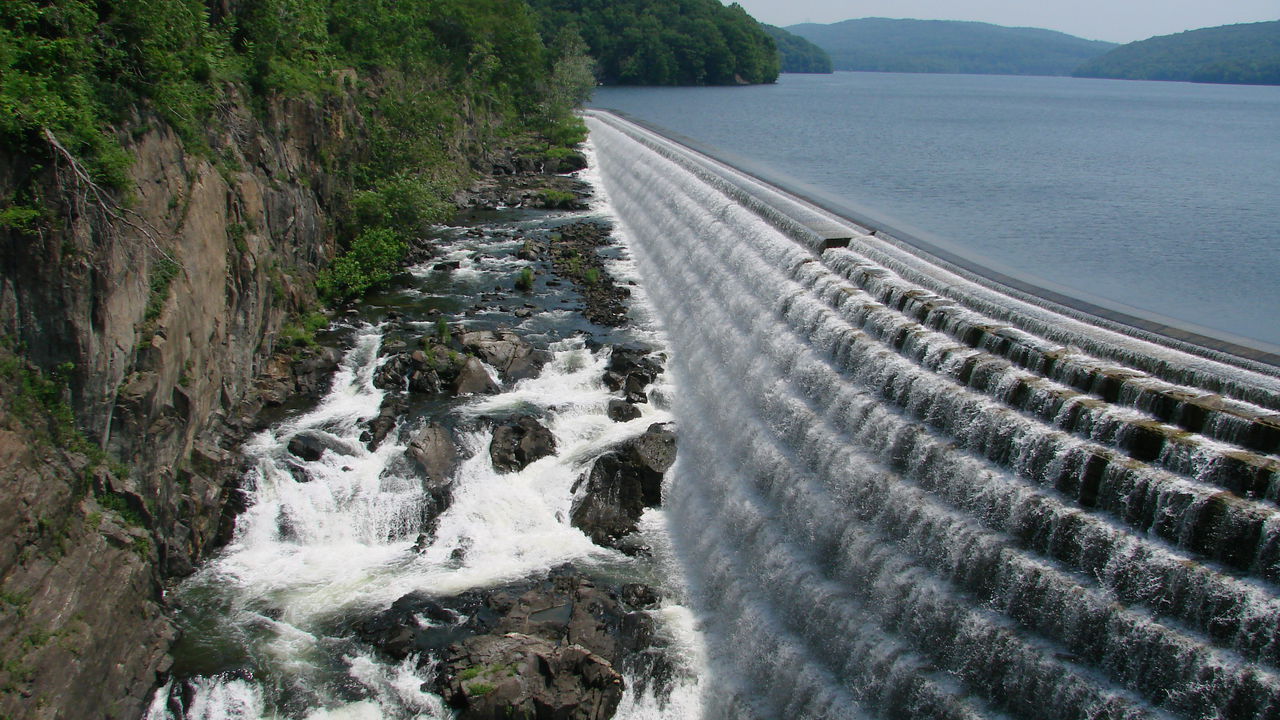 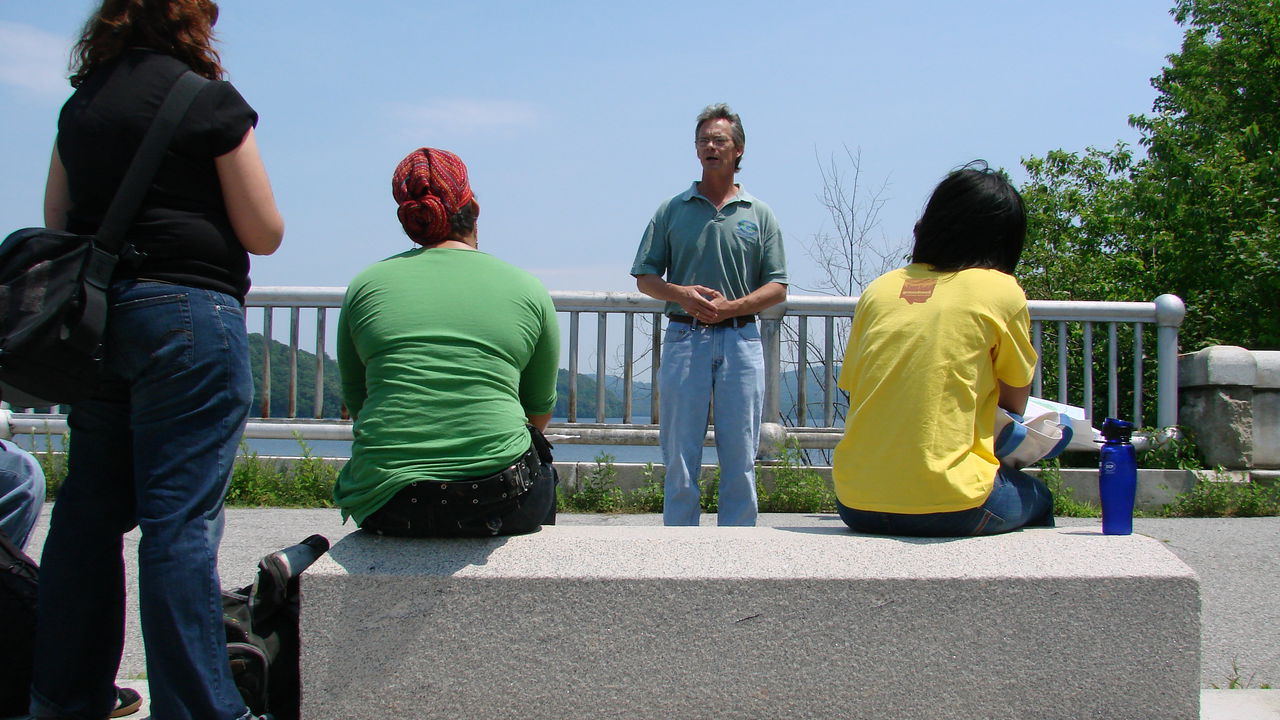 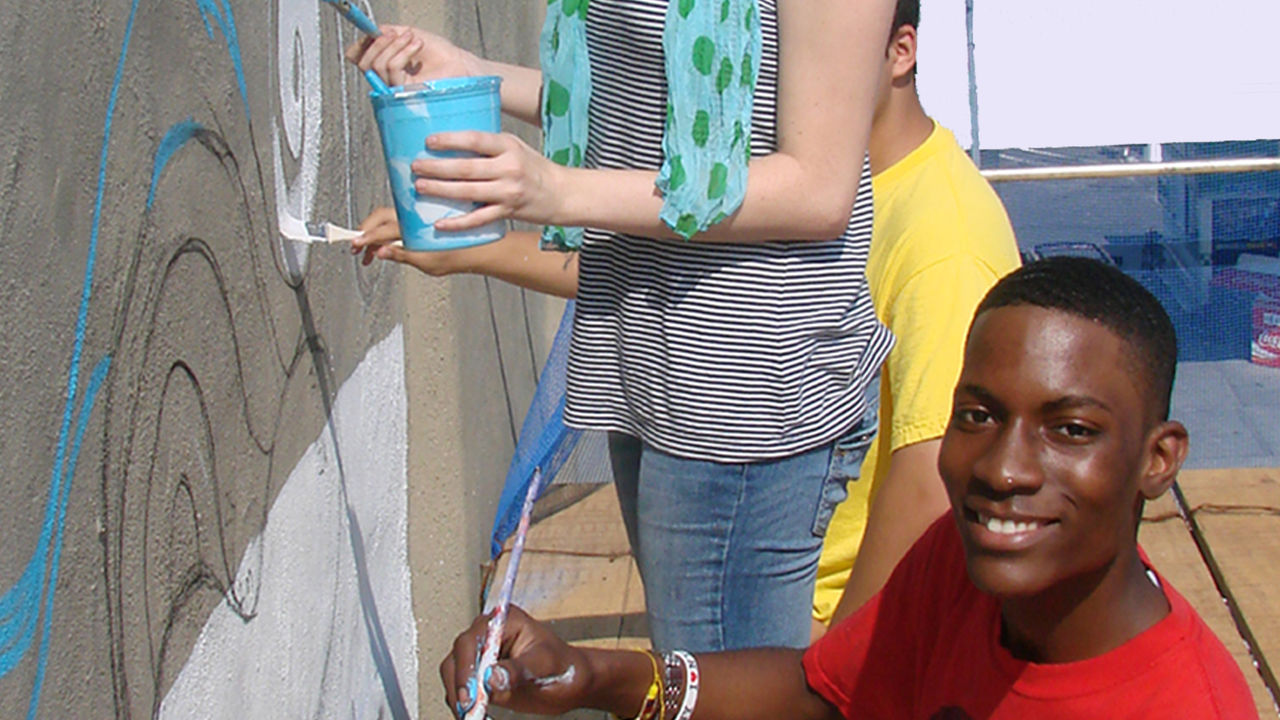 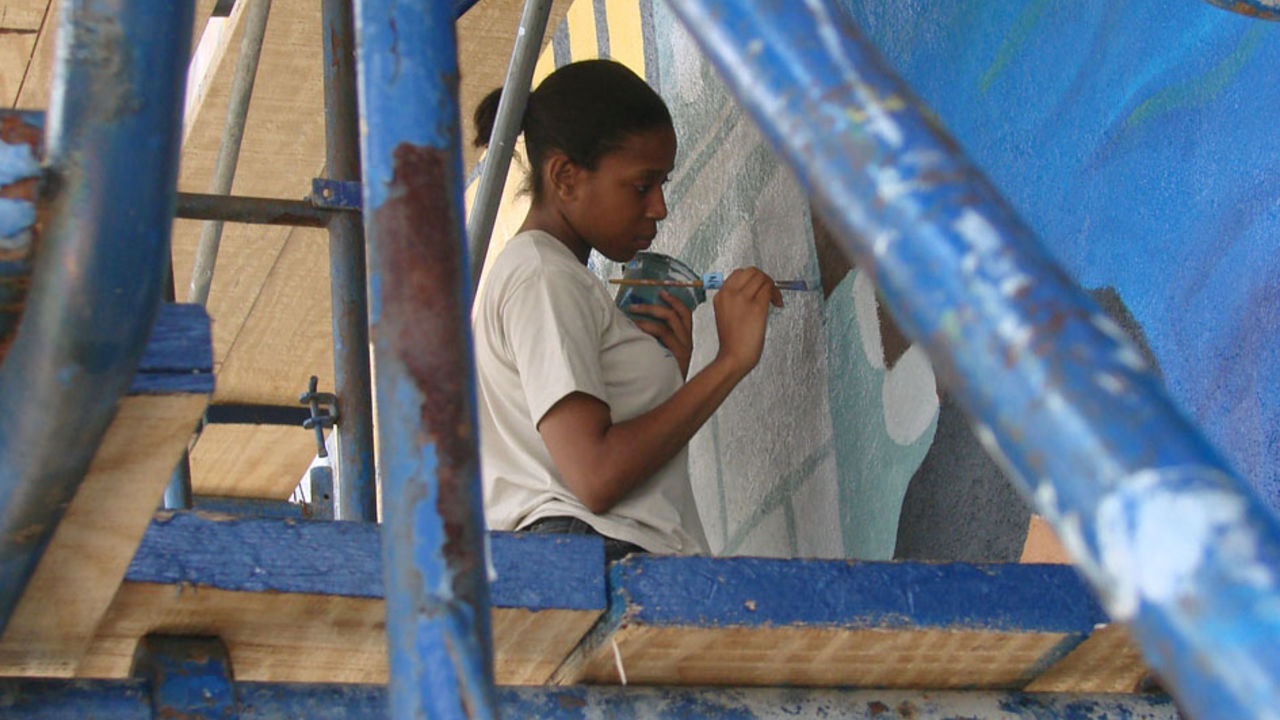 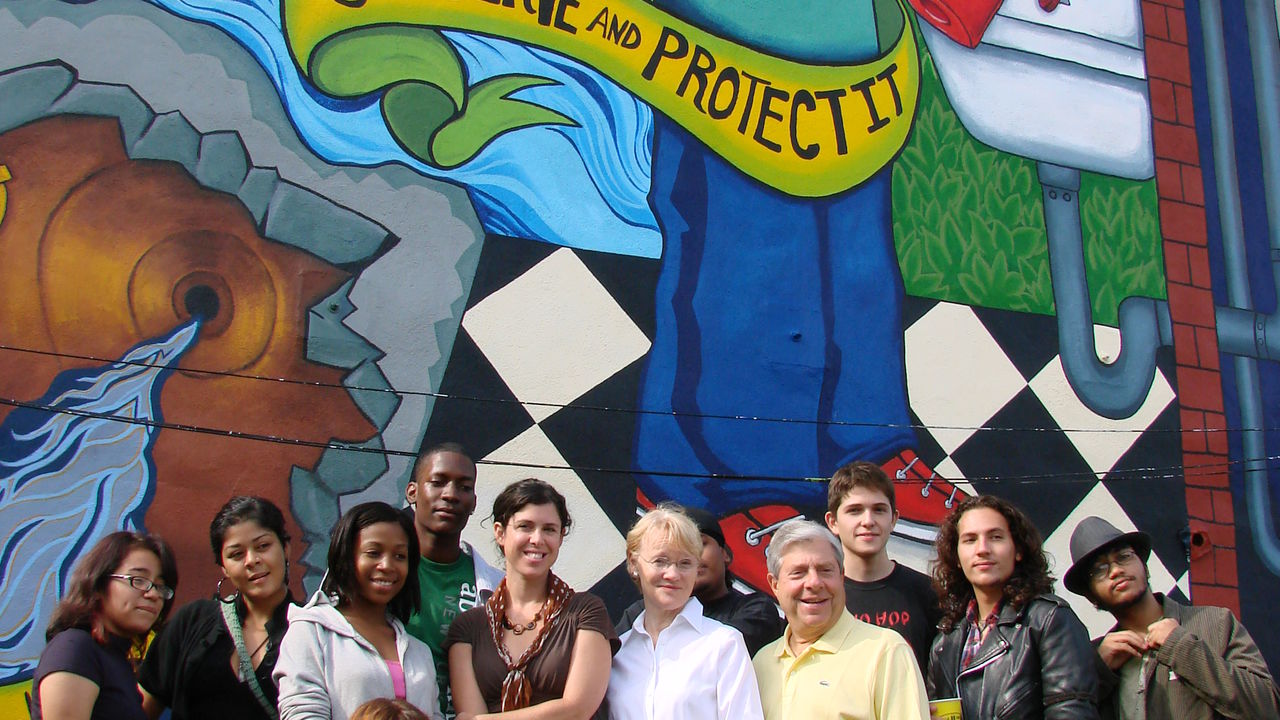 As part of our Summer Leadership Institute (SLI) 2008, Groundswell artists worked with a team of youth to create a monumental mural illustrating the New York water cycle. The system of delivery of water from rural New York to New York City is depicted in an effort to make New Yorkers more aware of the preciousness of their water. The allegorical figure of Mother Nature hovers over the two main reservoirs that serve as New York Citys water supply. The Sandhogs, the urban miners who maintain the tunnels which bring water to the city, are shown digging a third water tunnel. Elements of the urban and rural environments are presented together in harmony. Simultaneously, the central image and focal point of the mural encourages viewers to drink tap water in reusable bottles. The dedication ceremony for the finished four story mural brought together youth participants and their families, as well as community members and city officials, including Department of Environmental Protection Commissioner Emily Lloyd.