We Are Here to Awaken From the Illusion of Our Separateness 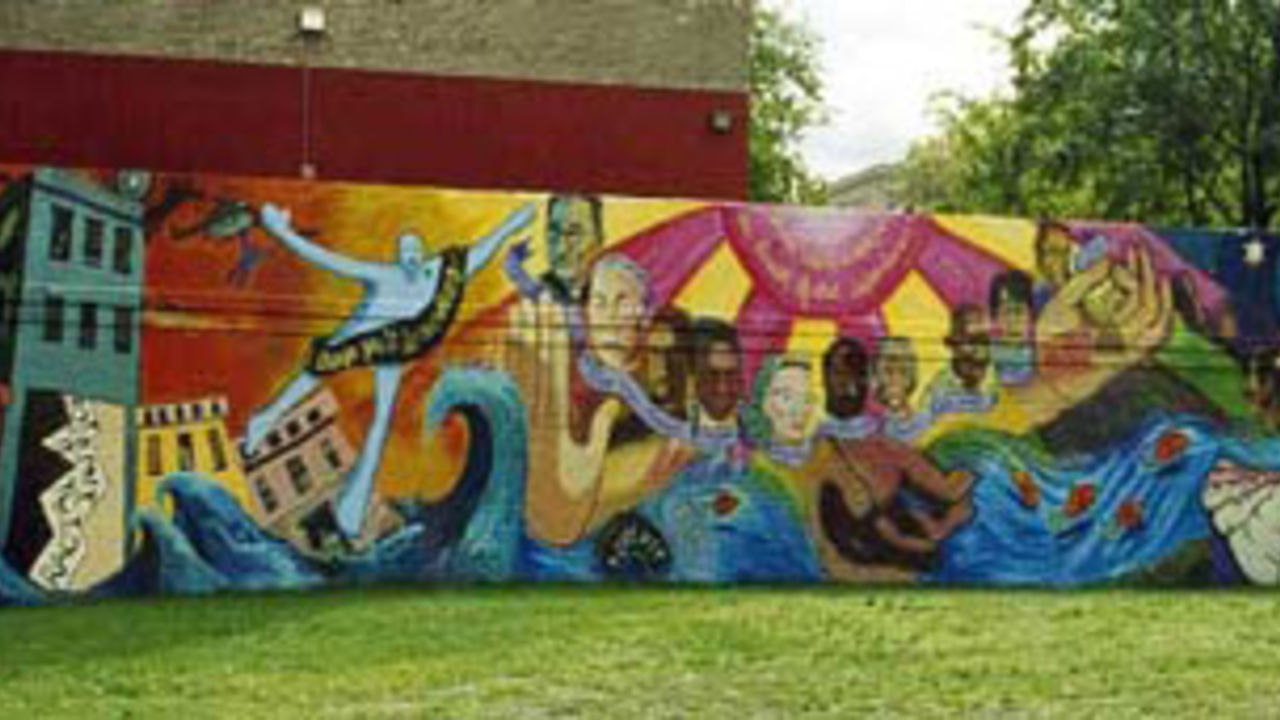 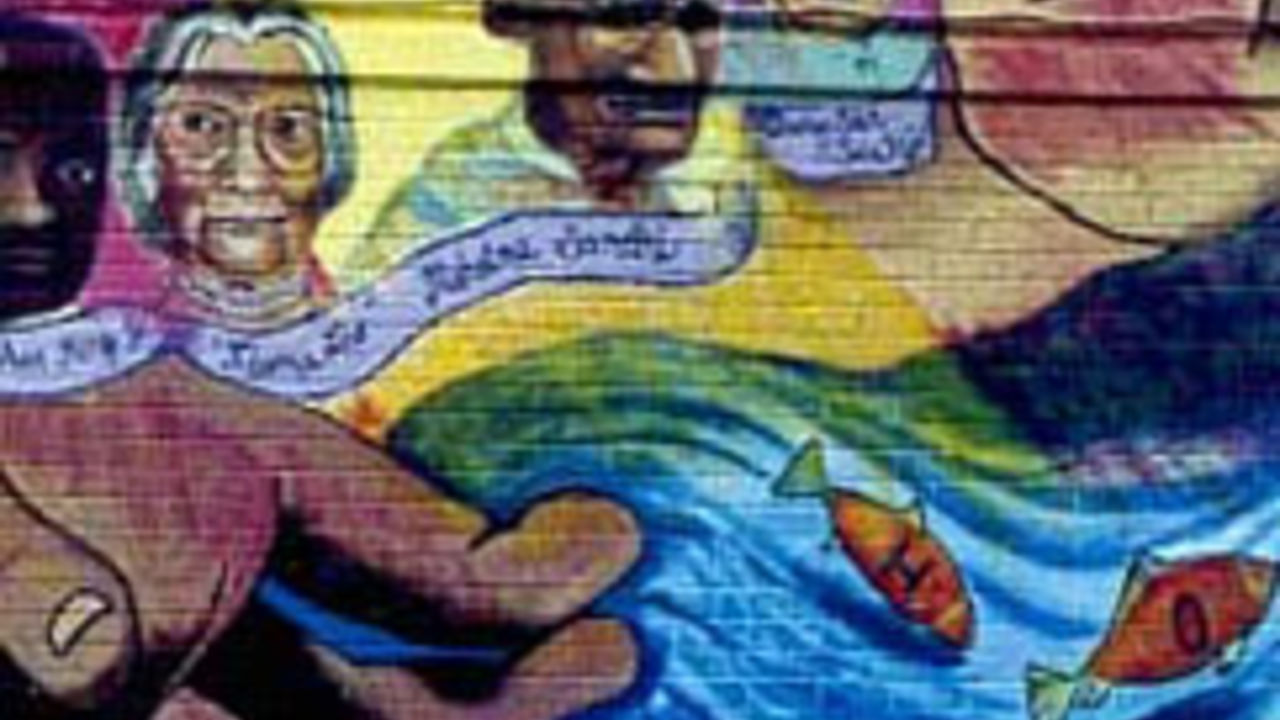 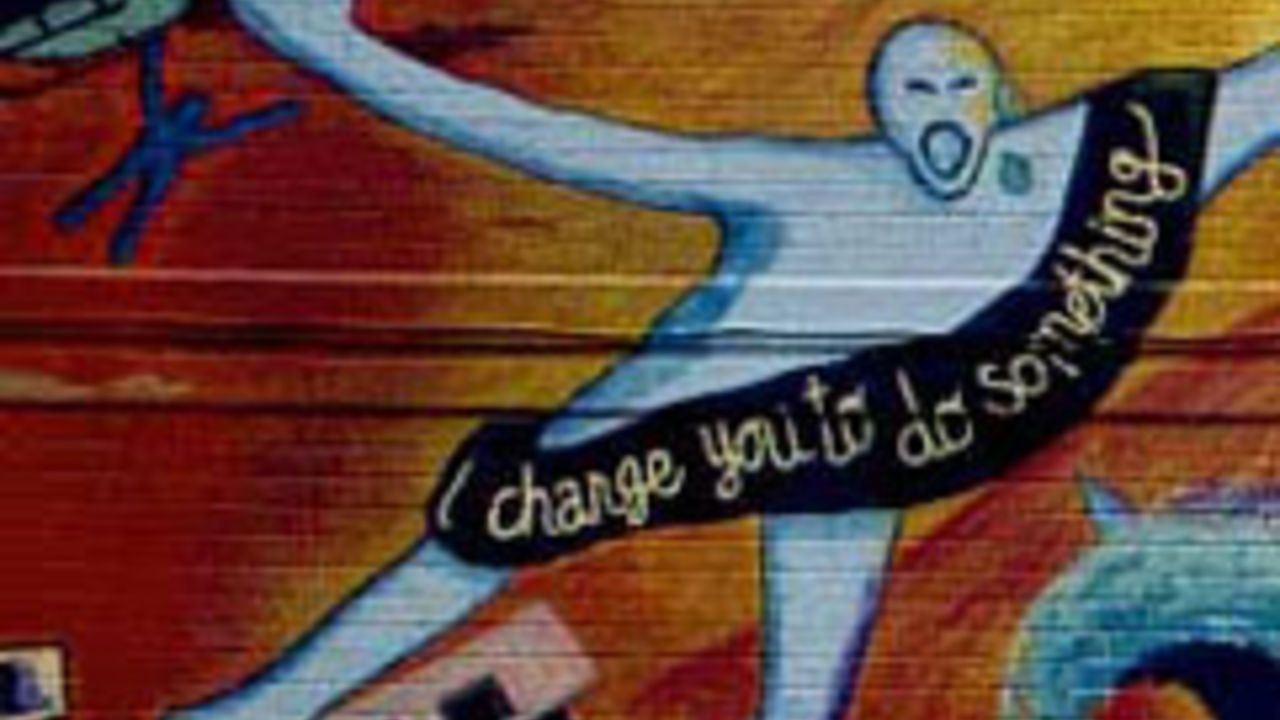 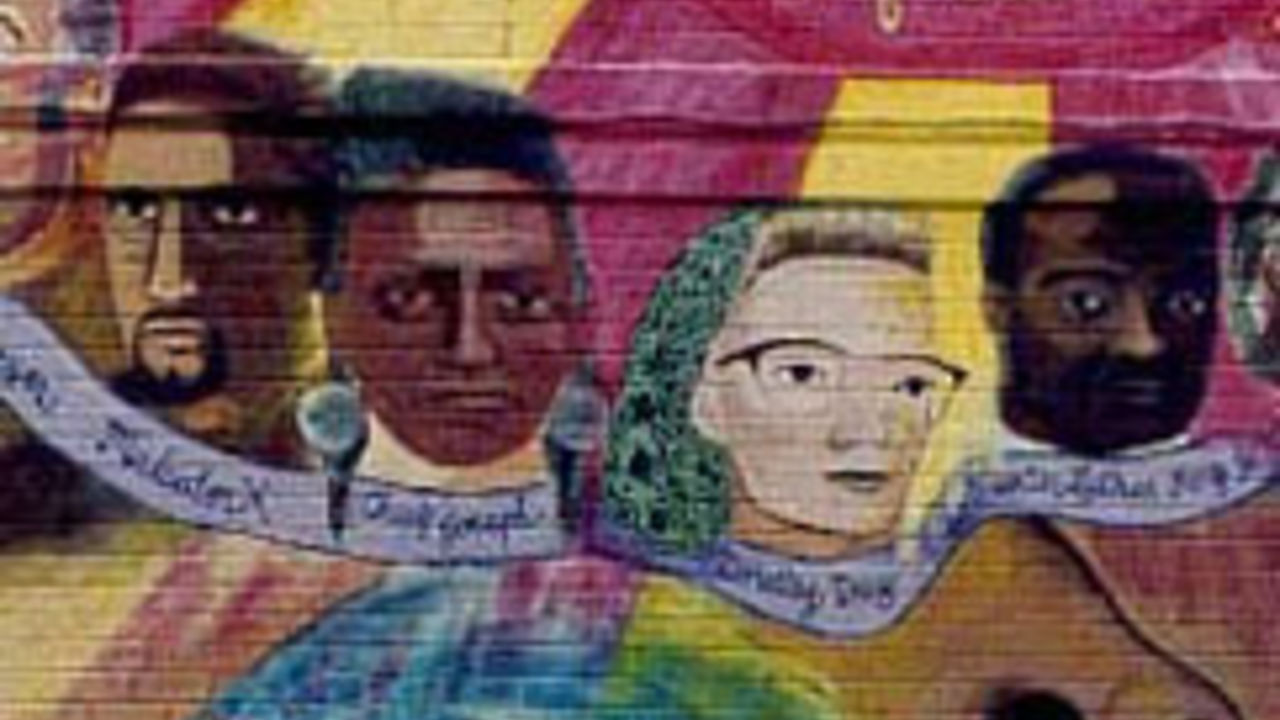 In summer of 1998, in partnership with local faith-based community group, Youth Ministries for Peace and Justice, fifteen young people worked together to create a mural around the theme of spiritual leaders for peace and justice. The team represented young people, from all over New York City, of Muslim, Pentacostal, Catholic, Buddhist, Hindu, Native American and Jewish faiths and ranged from 12 22 years in age. This diverse and unique group spent the summer visiting numerous places of worship and researching concepts of and leaders in peace and justice across their denominations. The group remarked on the many things that they learned: commonalities among religions and what leaders fought for; commonalities between each other; the challenges and rewards of working together, and understanding the social dimension to spiritual convictions. Perhaps the most critical messages are best expressed in the title of the work (which is a quotation from Vietnamese Buddhist monk, Thich Naht Hahn) and the charge to action that awakening compels in us.