When We Were Kings: A Royal Past 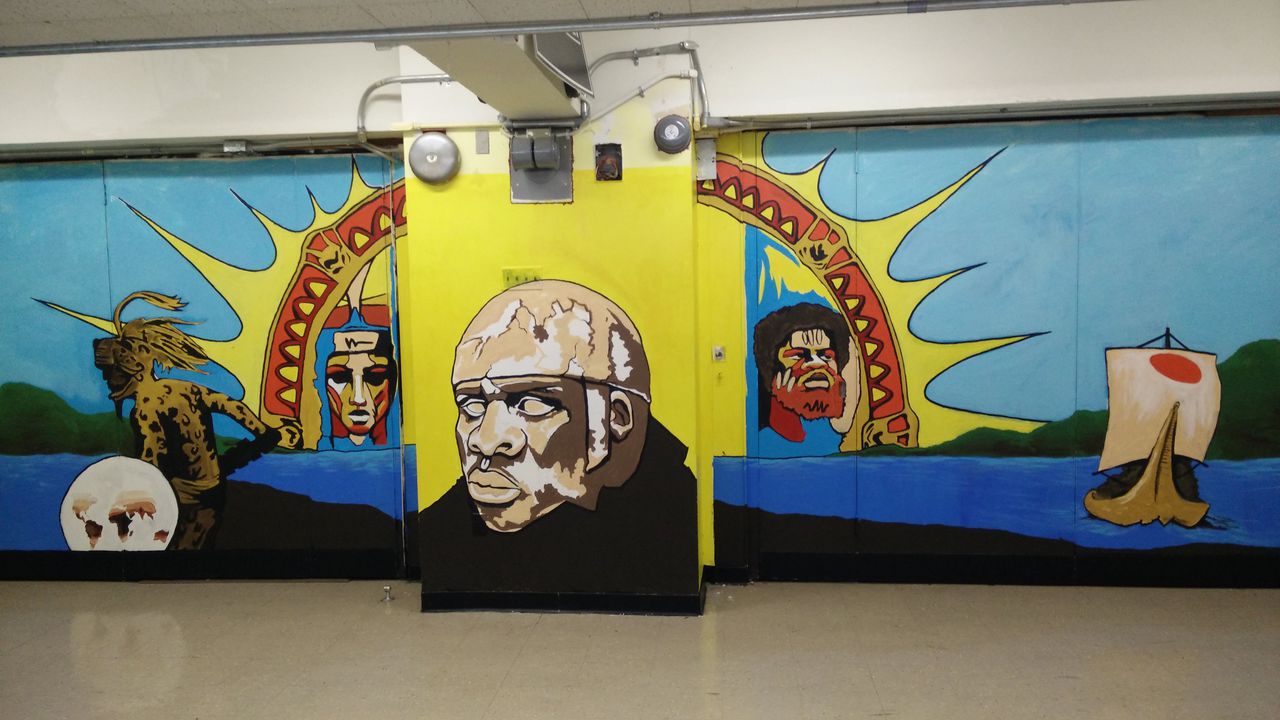 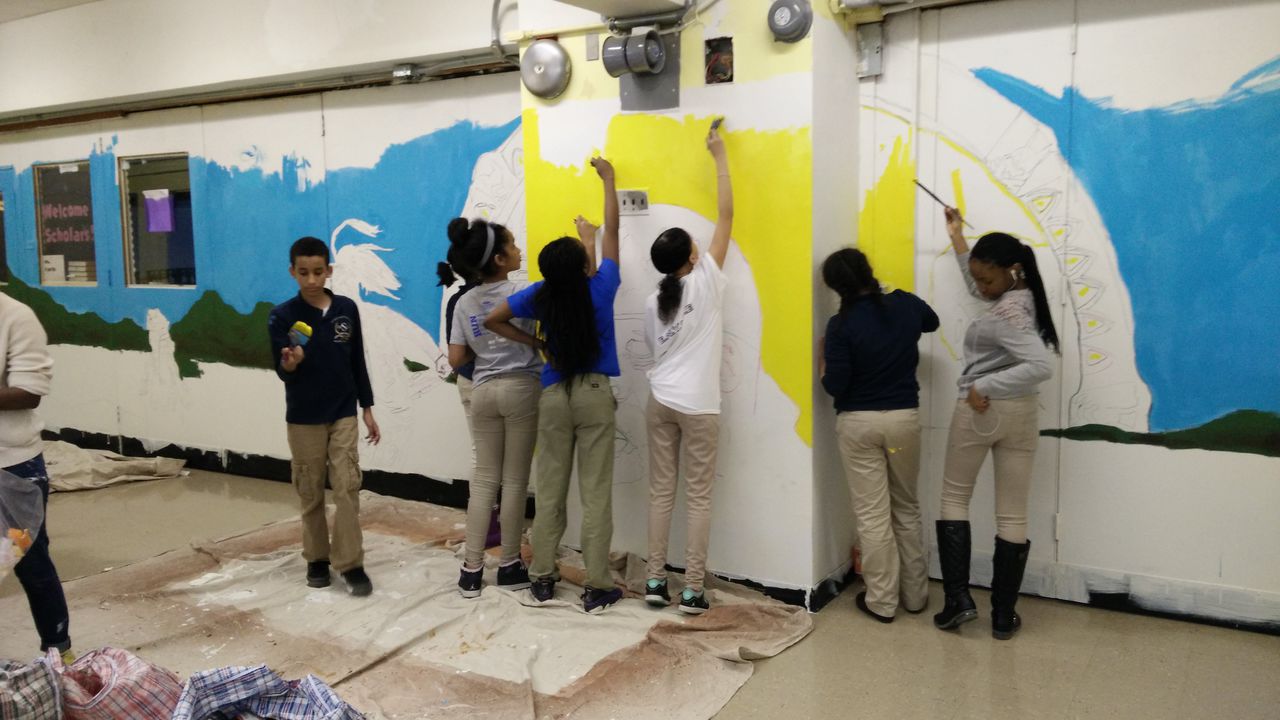 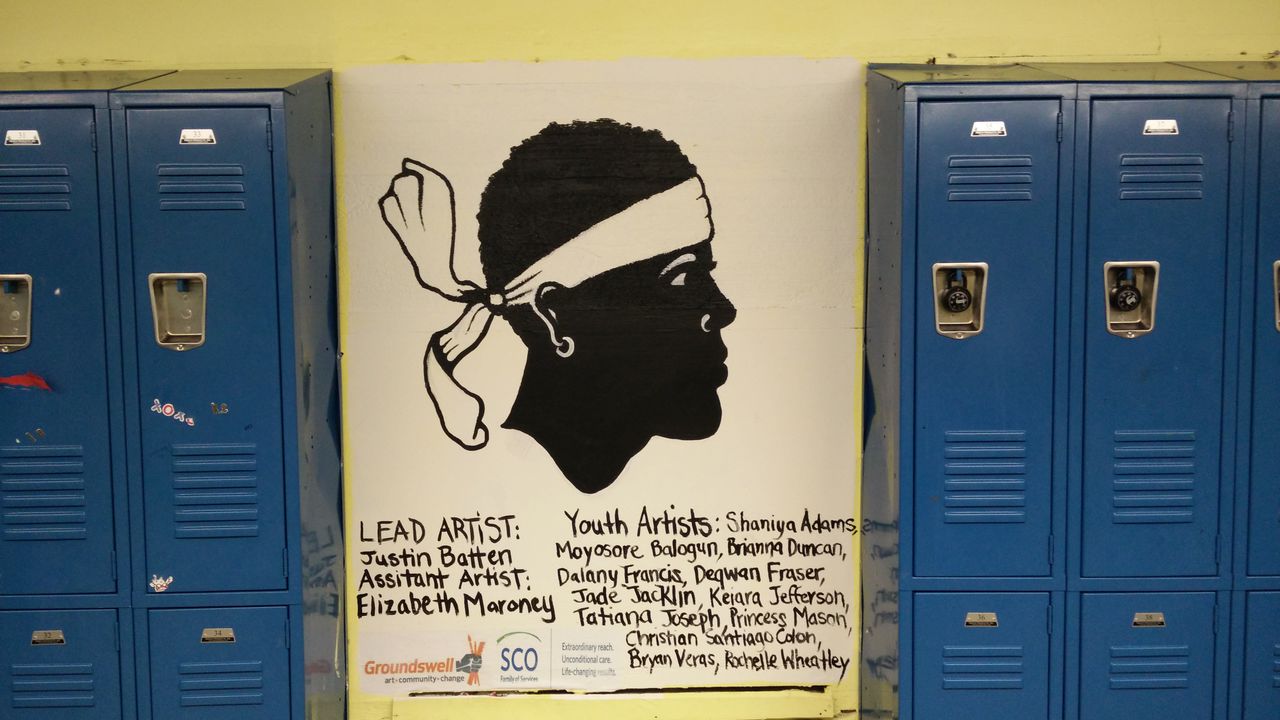 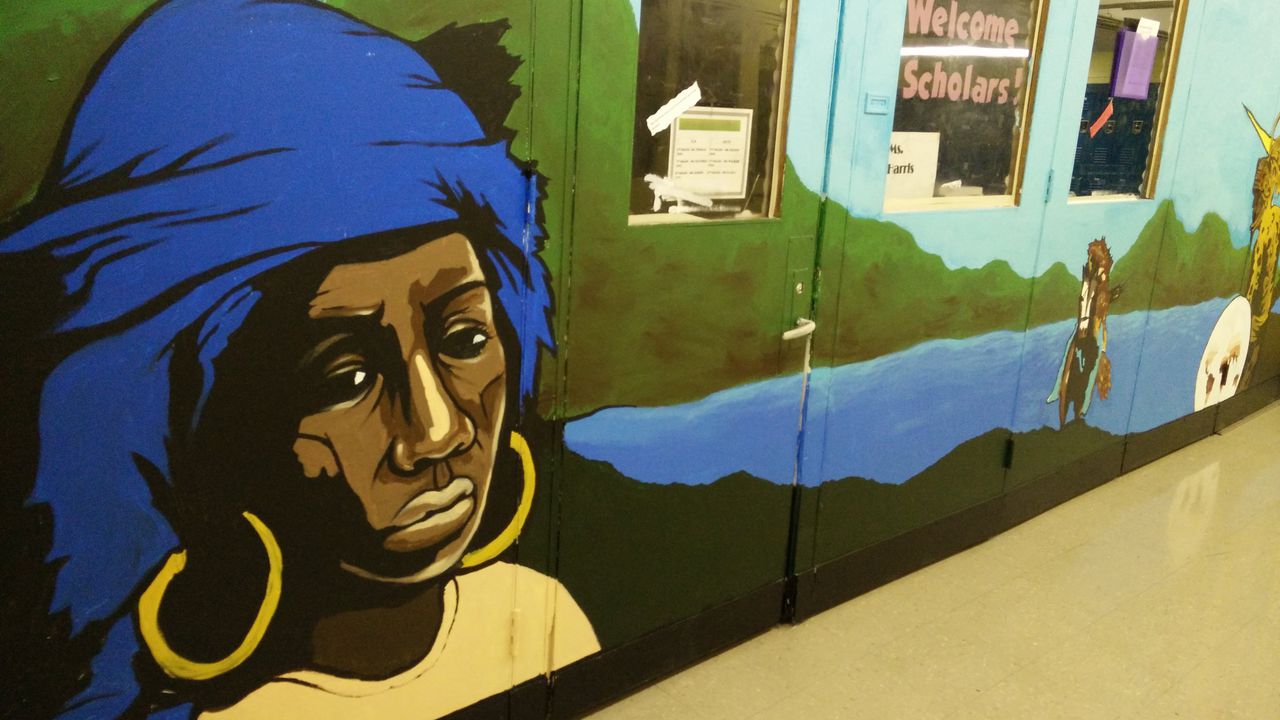 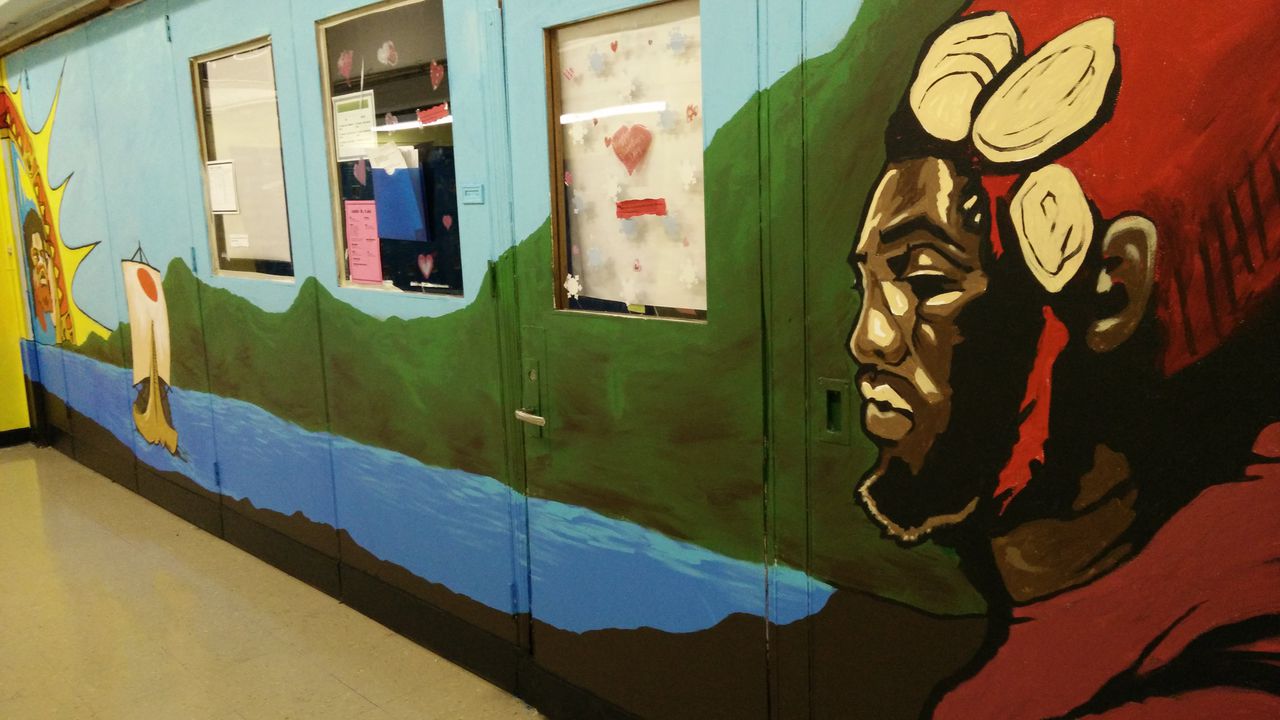 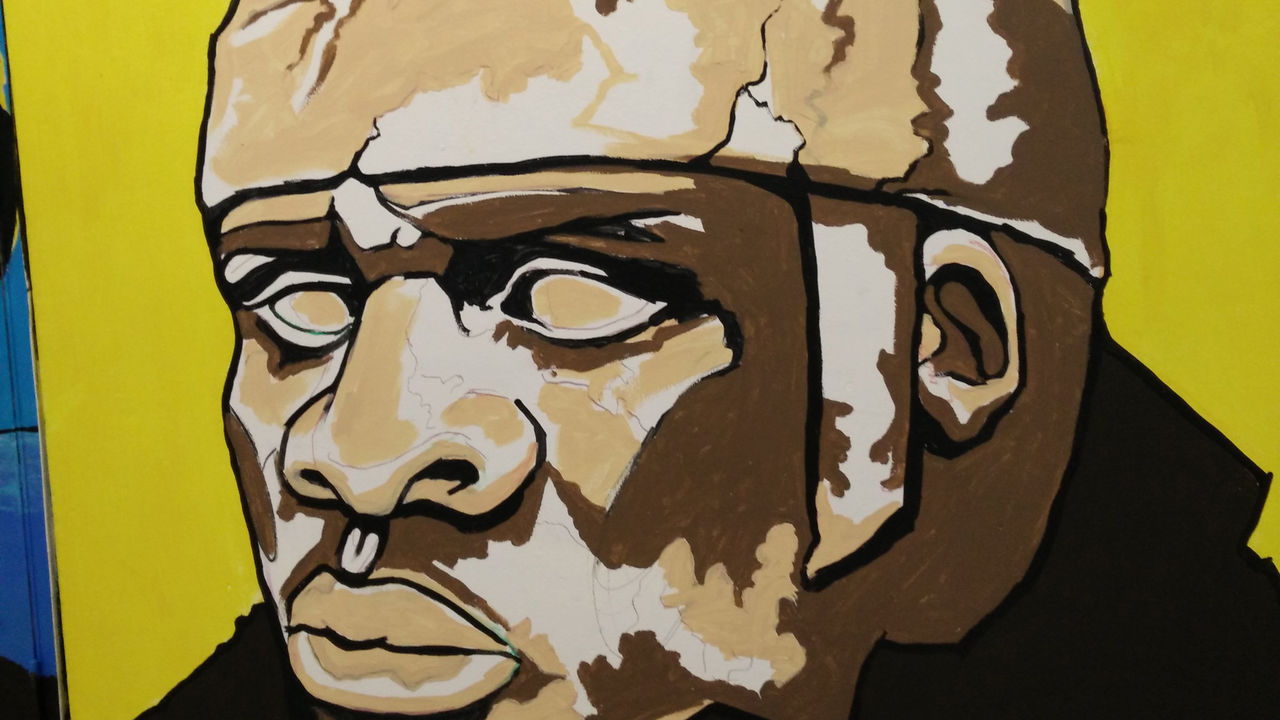 Through a partnership with SCO Family of Services and East New York Middle School for Excellence, Groundswell facilitated the research, design, and creation of three murals created by youth. Each of the murals was created in three 16-session over the 2014-2015 school year as part of ENYMSEs SCO afterschool programming. Each project focused on portraying history and impact of Africans, African Americans, and people of color from the Americas. When We Were Kings: A Royal Past depicts the ancient heritage of people of color in America. The team chose to focus on the resilient peoples whose civilizations and contributions to the advancement of the human race stand the test of time to this day. They specifically chose to focus on the legacy of the warrior archetype. The center image is a symbolic sun surrounding an Olmec head. Bursting out but still within the sun (alluding to being the source of civilization in the Americas), are two portraits that reach out over the horizon to two prominent figures in the Black and African diaspora. One is an Egyptian Warrior Queen and the other an Australian Aboriginal Warrior. These two figures are flanked respectively by an Aztec Warrior in a Jaguar Skin and an ancient African Seafaring boat that was recently replicated exactly and used to make the trip across the Atlantic in the same manner that ancient seafarers did centuries before Christopher Columbus. The two outer most figures are Moorish-inspired people overlooking the power of the civilizations of America.