Through our Rikers work, we sneak in the contraband of love.

Through a mural residency program for incarcerated youth, Groundswell artists work onsite within detention facilities. These murals give incarcerated youth the platform to share their visions for transformative futures for themselves and restorative justice. Through the art-making process, participants have the opportunity to experience how collaboration may impact their lives post-release. Our broader goal is to reduce the potential for recidivism through the development of mentorship relationships with Groundswell artists and staff and the engagement of participants in our core programs post-release. 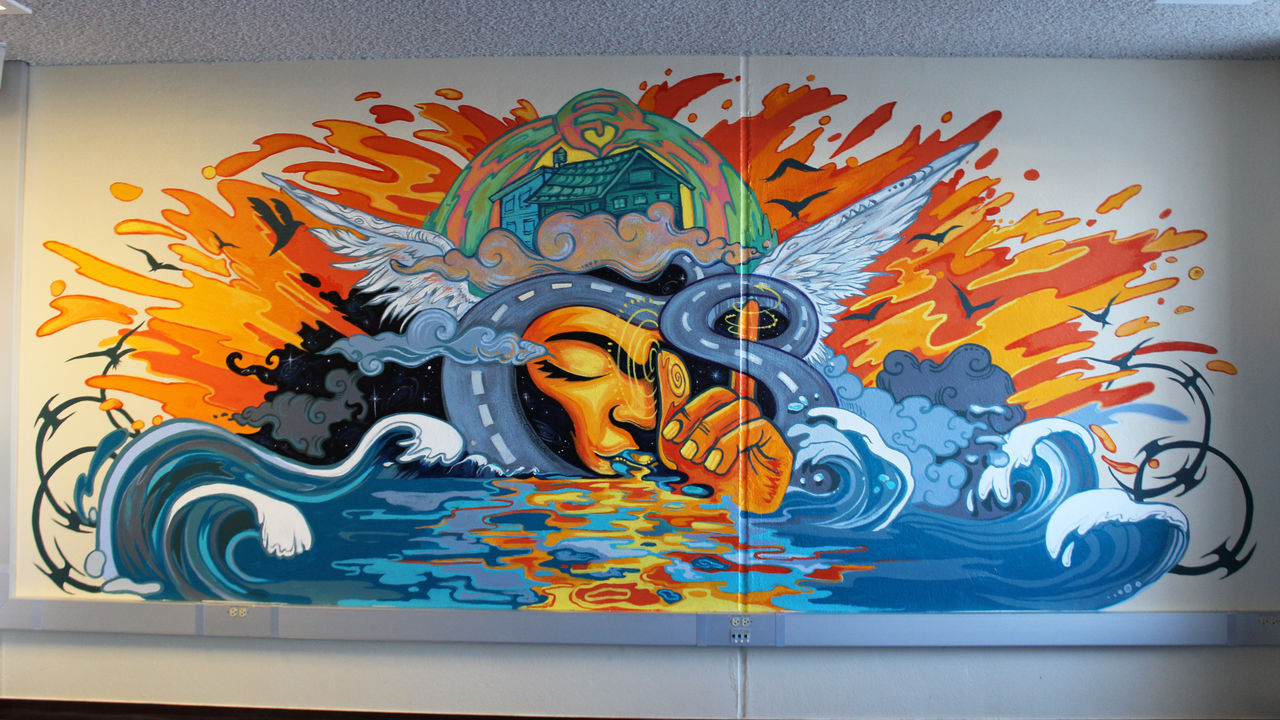 From November 2016 to March 2017, Groundswell presented “Perspectives from the Inside: A Rikers Mural Project” a twelve-mural initiative that highlighted the positive impact they can have on their surroundings, no matter how difficult. Incarcerated youth awaiting and serving sentences at Rikers Island collaborated with Groundswell artists to reflect on their experiences and create art that expressed their introspective perspectives on restorative futures for themselves and other incarcerated people.

In conjuncture with our “Perspectives from the Inside: A Rikers Mural Project” initiative, Groundswell presented “Freedom is a Constant Struggle, With Angela Davis,” on April 6, 2017. Renowned author, activist, and scholar Angela Davis joined a distinguished panel of Groundswell-affiliated artists and academics for a conversation about youth incarceration and making art inside the walls of Rikers Island. This event celebrated Groundswell’s 20th anniversary with an in-depth look at its ongoing work creating public art on Rikers Island with New York City youth imprisoned there.

I don't believe we can see radical change without art.

The program began with a talk by Angela Davis exploring the topic, “Freedom is a Constant Struggle.” With Davis’s observations about racial inequality and injustice as a frame, the panel looked closely at Groundswell’s Rikers Island murals, the processes used to create them, and their implications for understanding justice and the institutions of incarceration.

Murals in this Series