All Services Entail Tender Loving Care and A Listening Ear 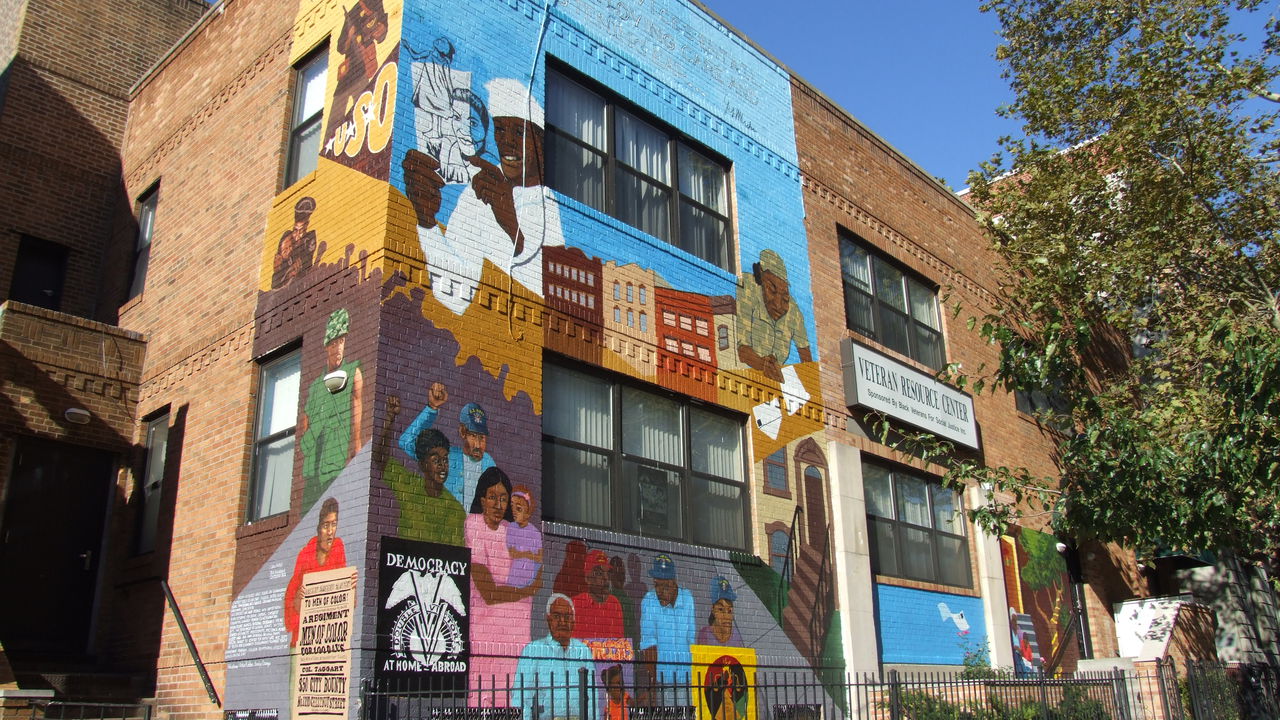 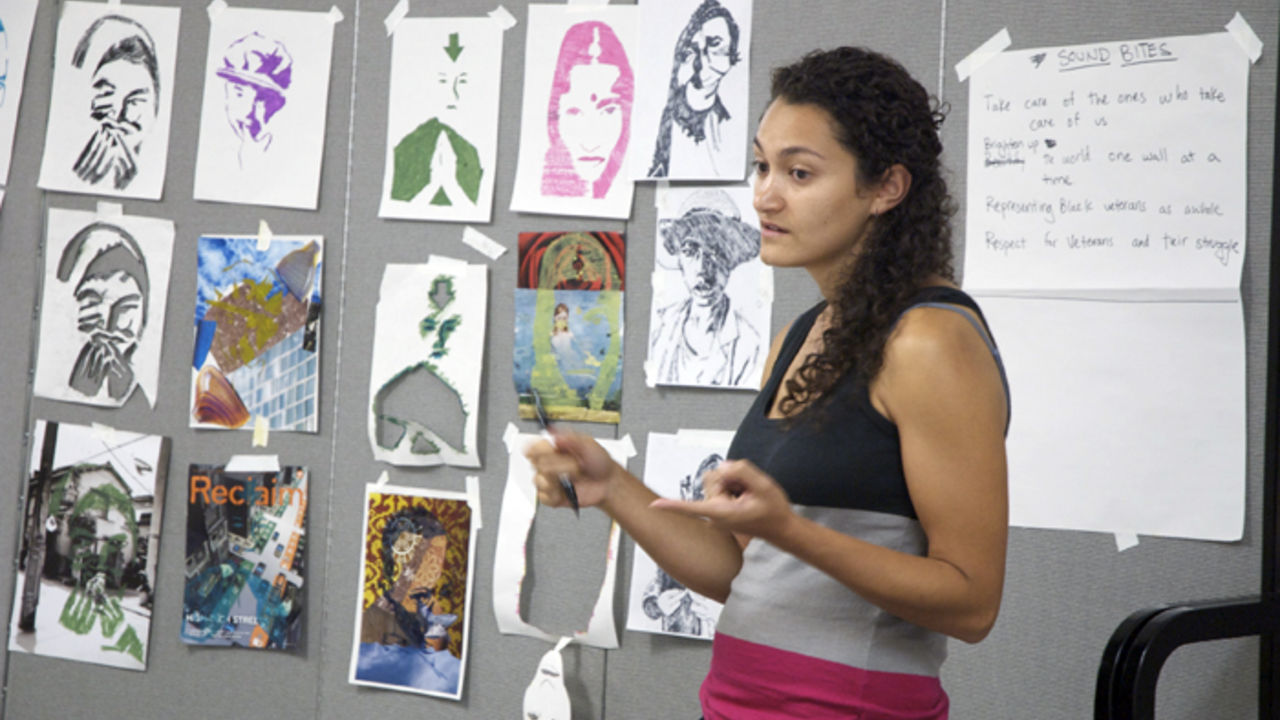 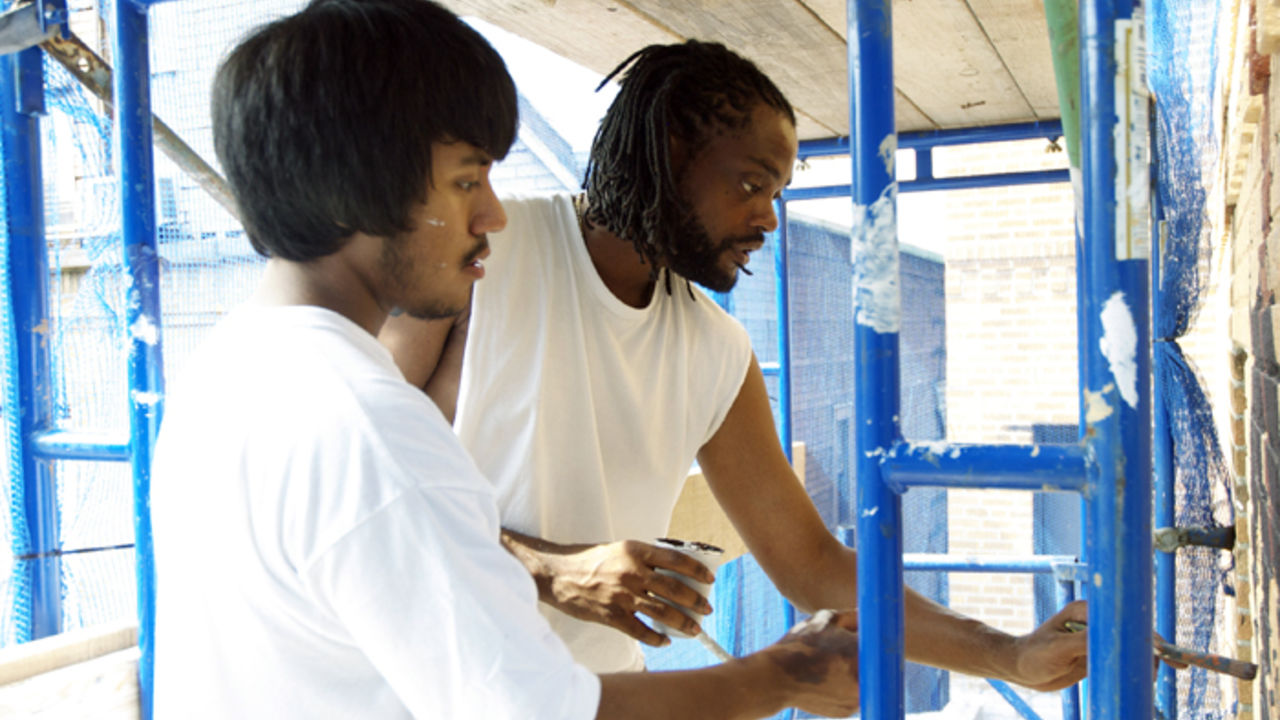 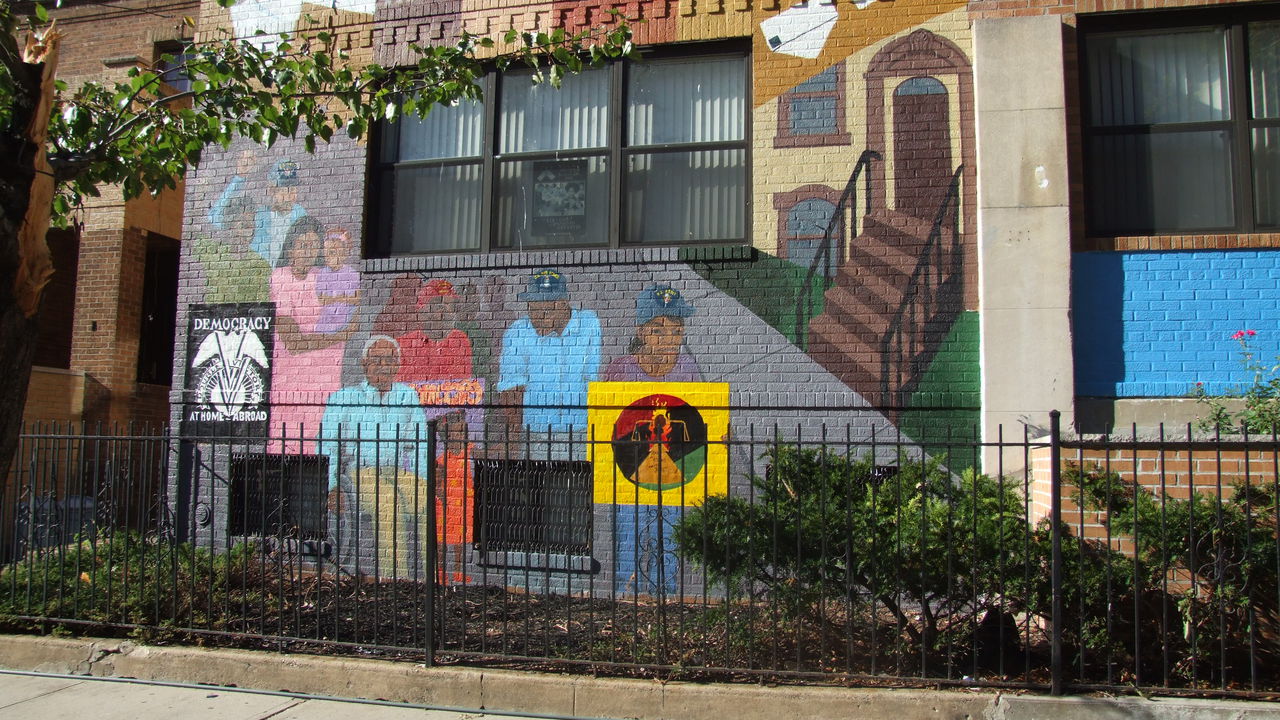 All Services Entail Tender Loving Care and a Listening Ear was created by a team of youth commissioned by the Black Veterans for Social Justice (BVSJ) organization in Brooklyn. This acrylic mural illustrates African-American participation in the armed services alongside scenes of domestic life and the history of BVSJ. A letter depicted throughout the composition pays homage to the prominent historical role of African-Americans in the military mail services, as well as the importance of letters sent from home to soldiers on active duty. This colorful mural wraps around the faade of the BVSJ building, bringing color and awareness into the streets. A participant explained, This mural represents the black veterans, their coming home, their part in the community, and the impact of their contribution. Thats something that we want to explore, because veterans do not get enough of that exposure.