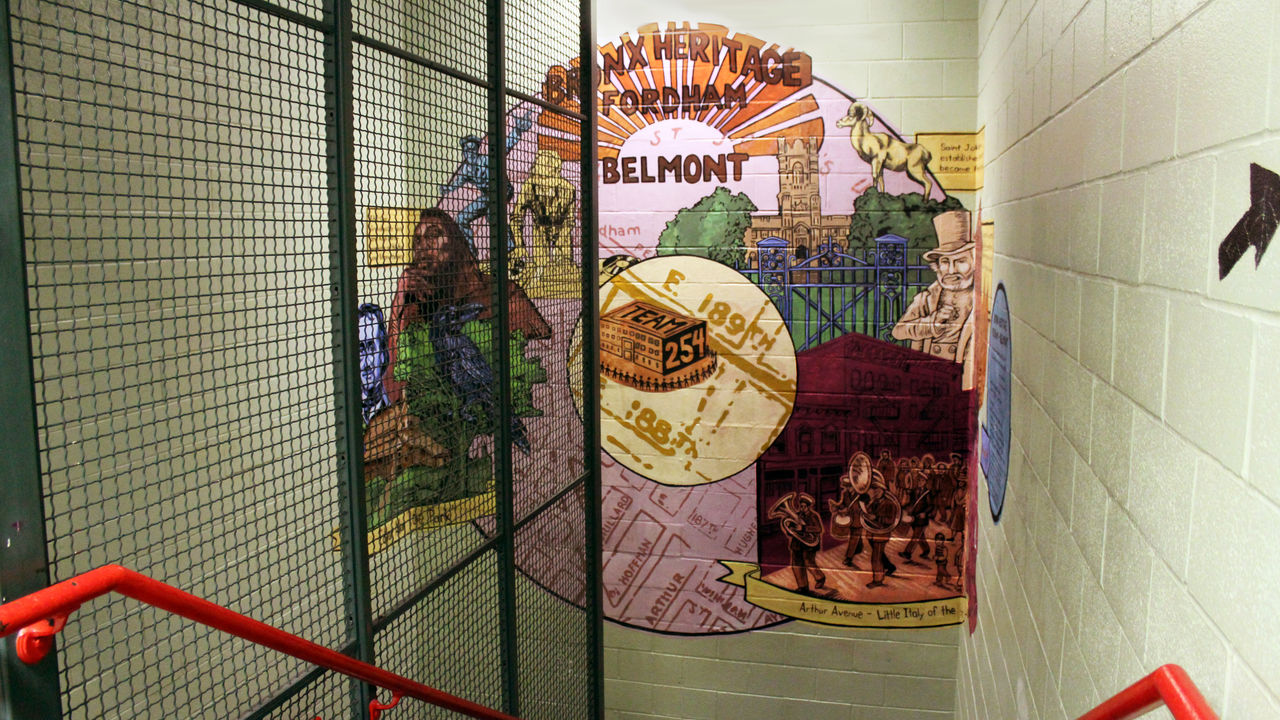 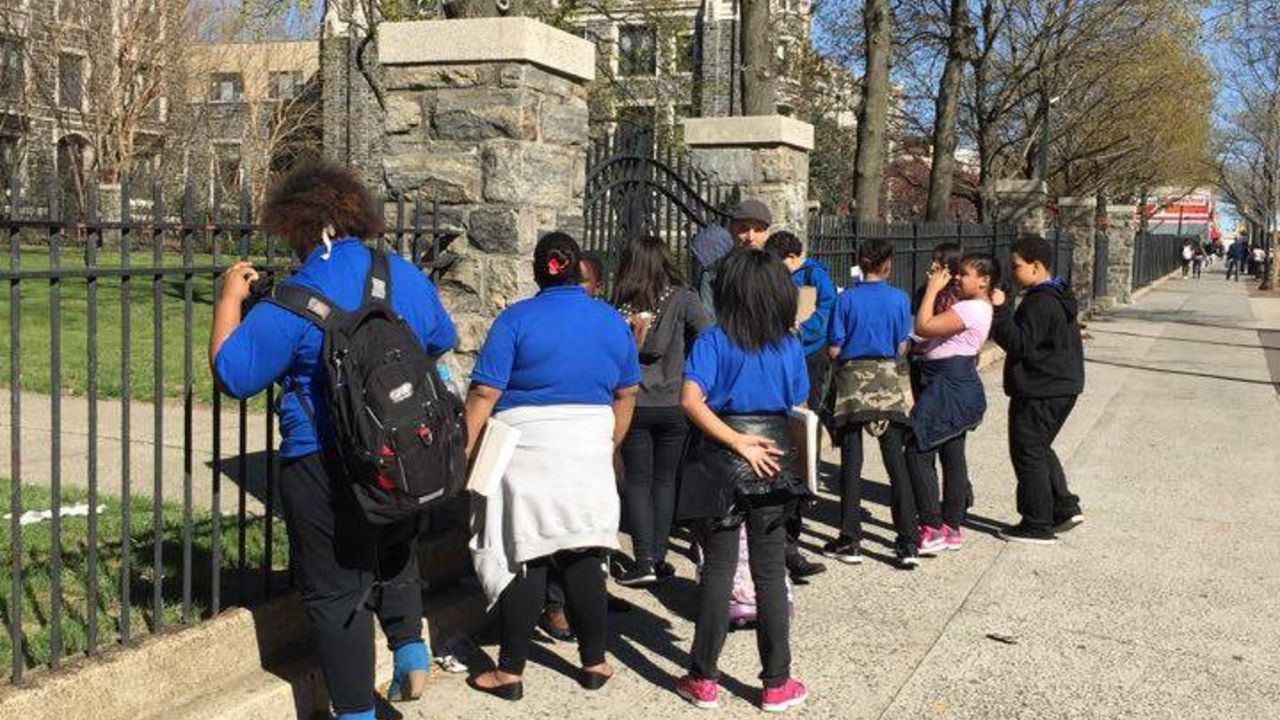 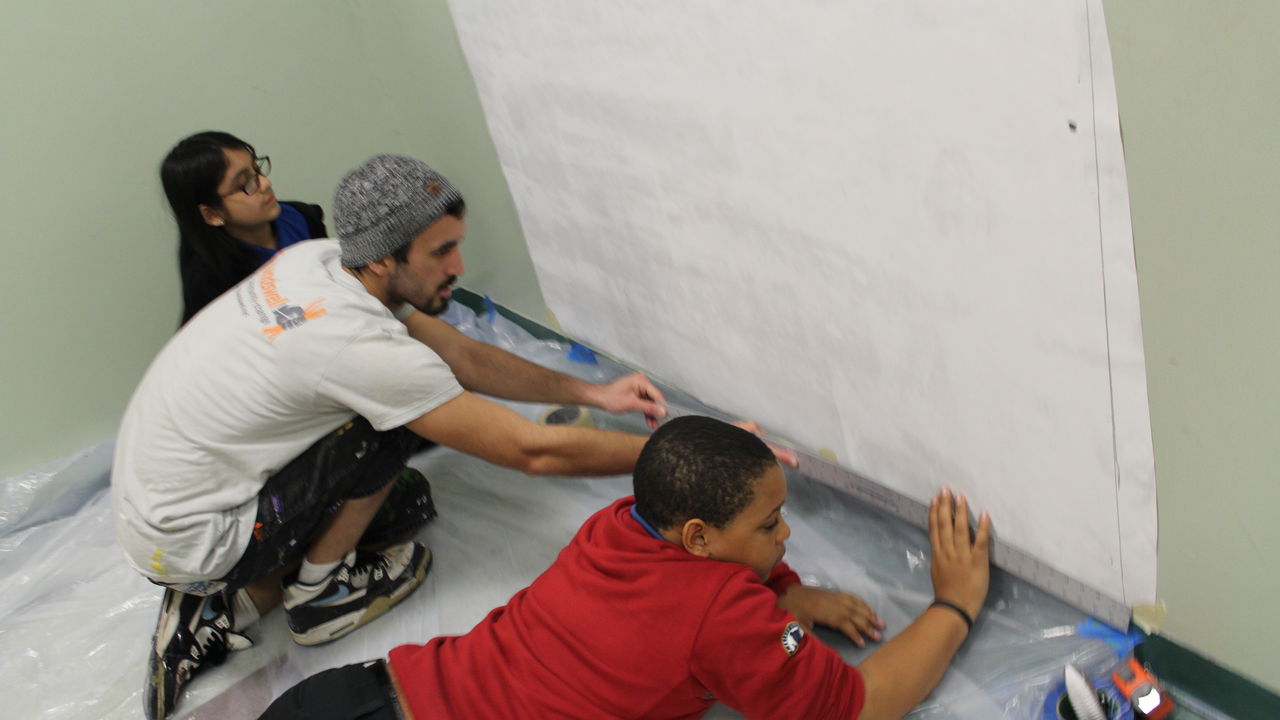 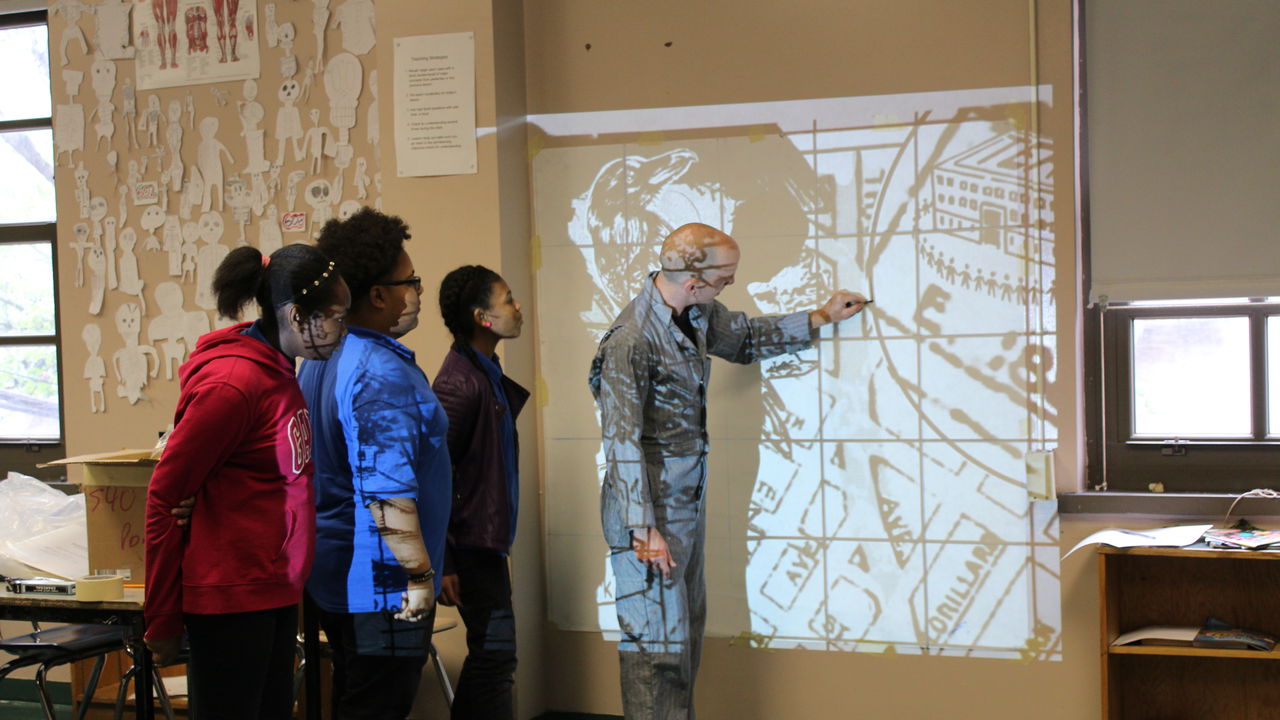 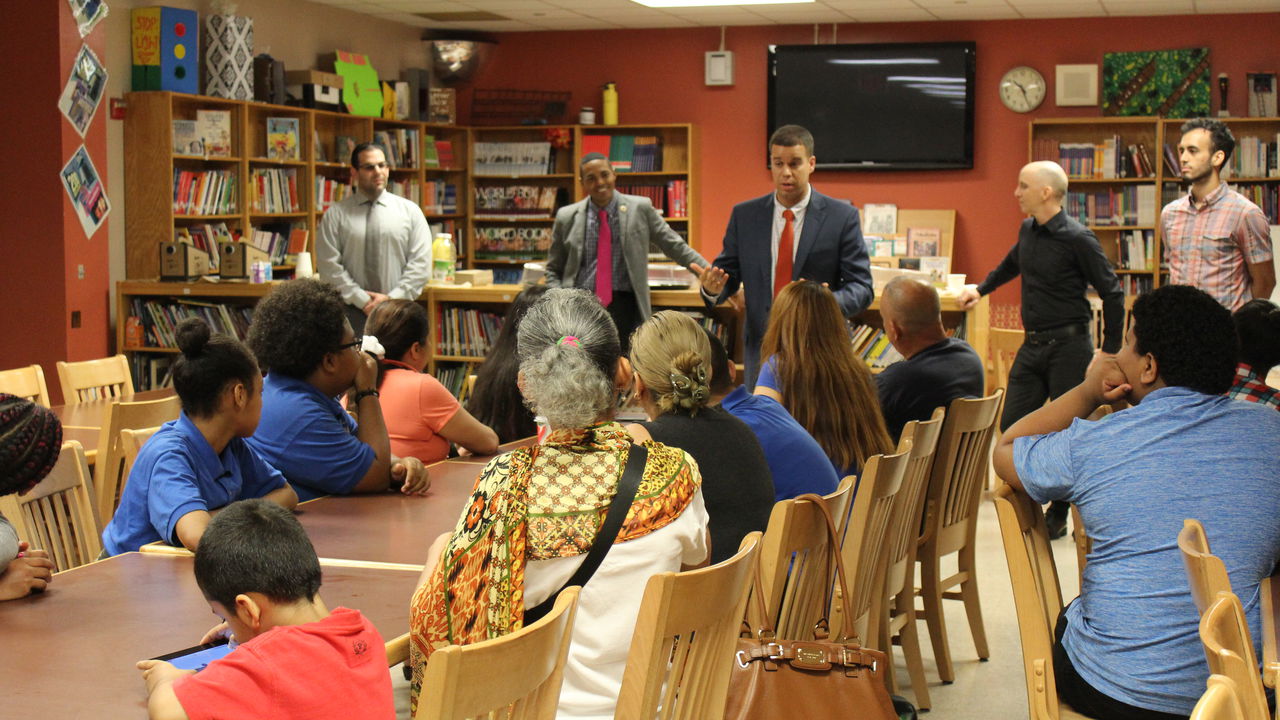 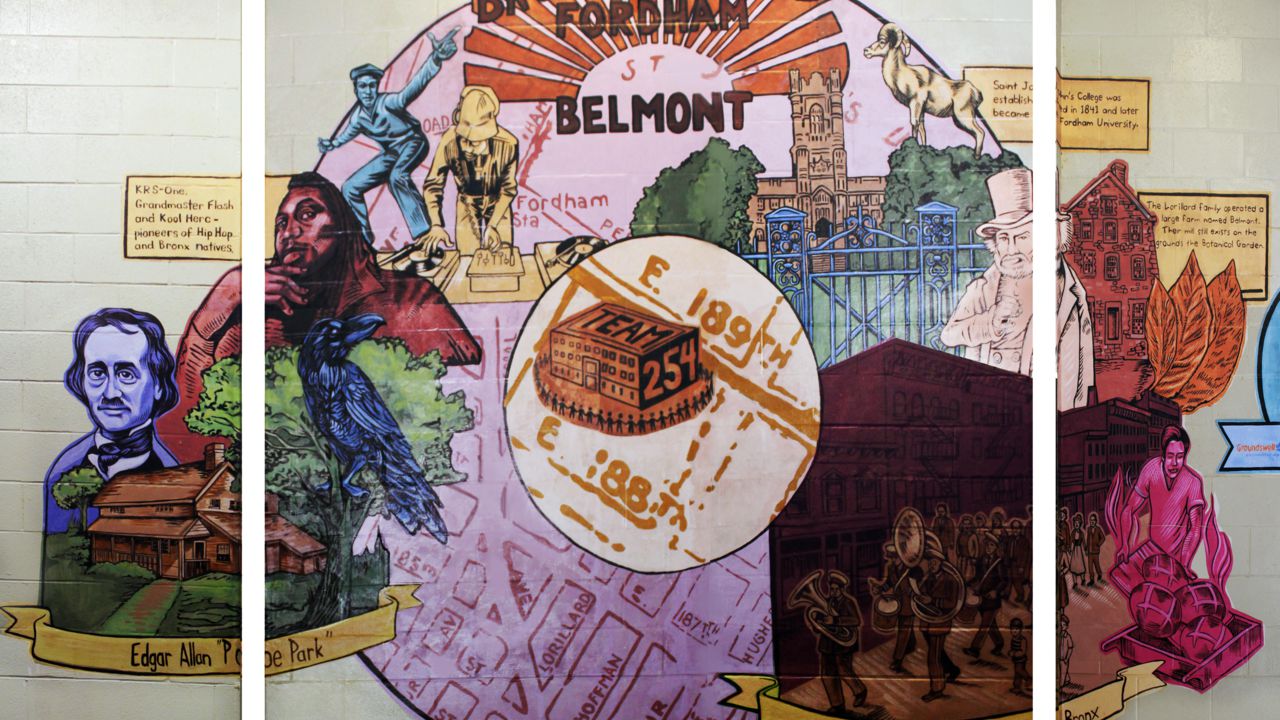 In a mural installed in a high-traffic staircase, students at IS 254 used art as a tool for social change to educate their peers about the history and heritage of the local Fordham Heights and Belmont neighborhoods. As research, the team completed a community mapping exercise. The students learned about the different institutions, places, resources, and cultural groups in the neighborhood. They identified places that we wanted to research such as the Lorillard family, the Metro North Station, Arthur Avenue in Little Italy, the Botanical Garden, the Bronx Zoo, and Fordham University. Using their mapping research, the young artists created collages and drawings. An example of how the students influenced the outcome of the design is that many of them mentioned Poe Park as being a significant landmark to IS 254 students despite appearing far from the school. The students were also excited about referencing the Bronx as the birthplace of hip hop and even knew the specific intersection where it is said to have originated. The Pioneers of Hip Hop section recognizes KRS-One, Grandmaster Flash, and Kool Herc. Through their elaborate design, the team captured the important histories of Fordham Heights, Belmont, and the entire borough of the Bronx.