Christopher Cardinale is a graphic novelist and muralist but really he just likes to make images about things that matter to him. He grew up in five states from Ohio to New Mexico.  While living in Guatemala and Mexico his work was inspired by encampments of striking workers and anarchist punk collectives. He has been publishing comics since 2001 when his first visual narrative appeared in World War 3 Illustrated Magazine. Since 1996, Christopher has collaborated on and led large-scale mural projects in a diverse range of communities in New Mexico, New York City, Italy, Greece and Mexico. His work addresses such diverse themes as labor organizing history, cyclist and pedestrian rights, post-Katrina New Orleans and his experiences working in the jail at Rikers Island.   Christopher illustrated the graphic novel, “Mr. Mendoza’s Paintbrush,” by Luis Alberto Urrea. It was chosen by Kirkus Reviews as one of 2010’s Best Books for Teens. He also illustrated “Which Side Are You On? The story of a song,” by George Ella Lyon which received the Aesop Prize from The American Folklore Society and The Anne Izard Storytellers’ Choice Award.   He lives in Brooklyn with his wife, Sharon and their son, Macéo. 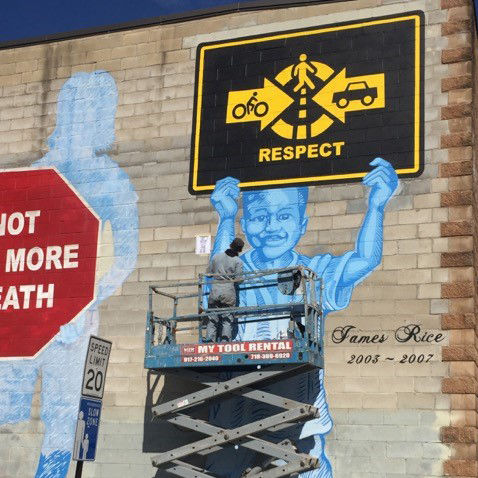