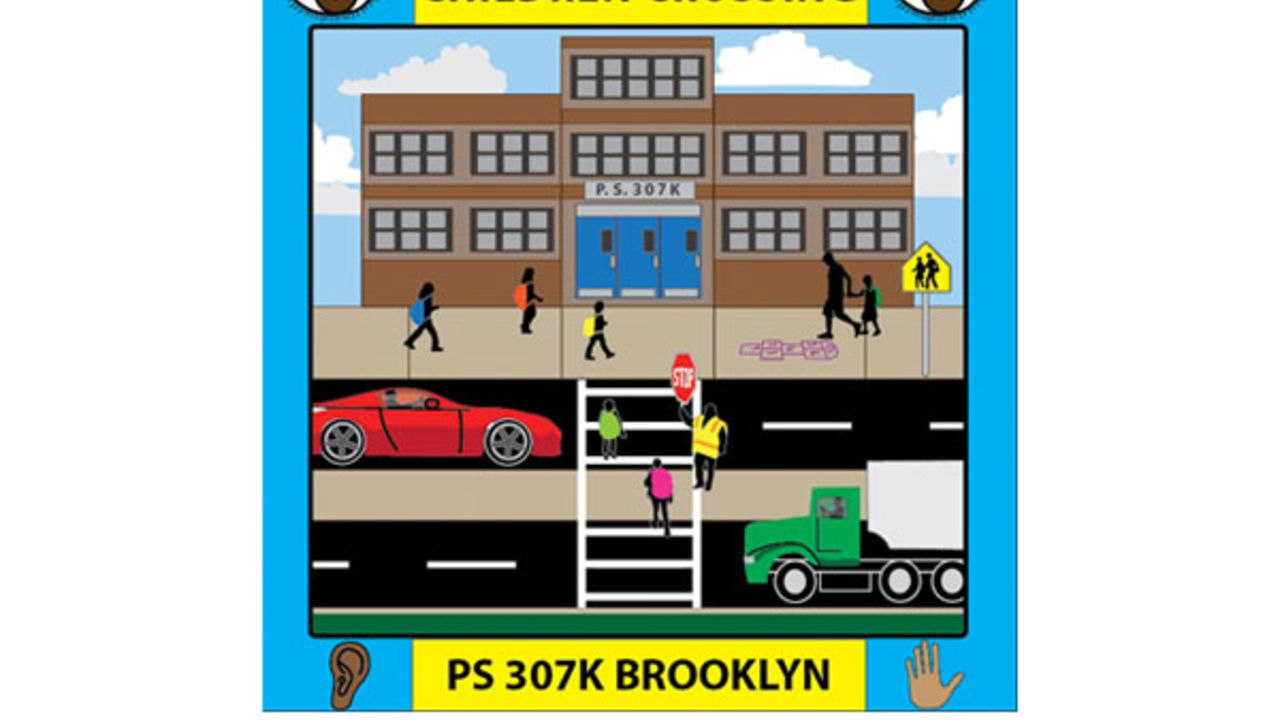 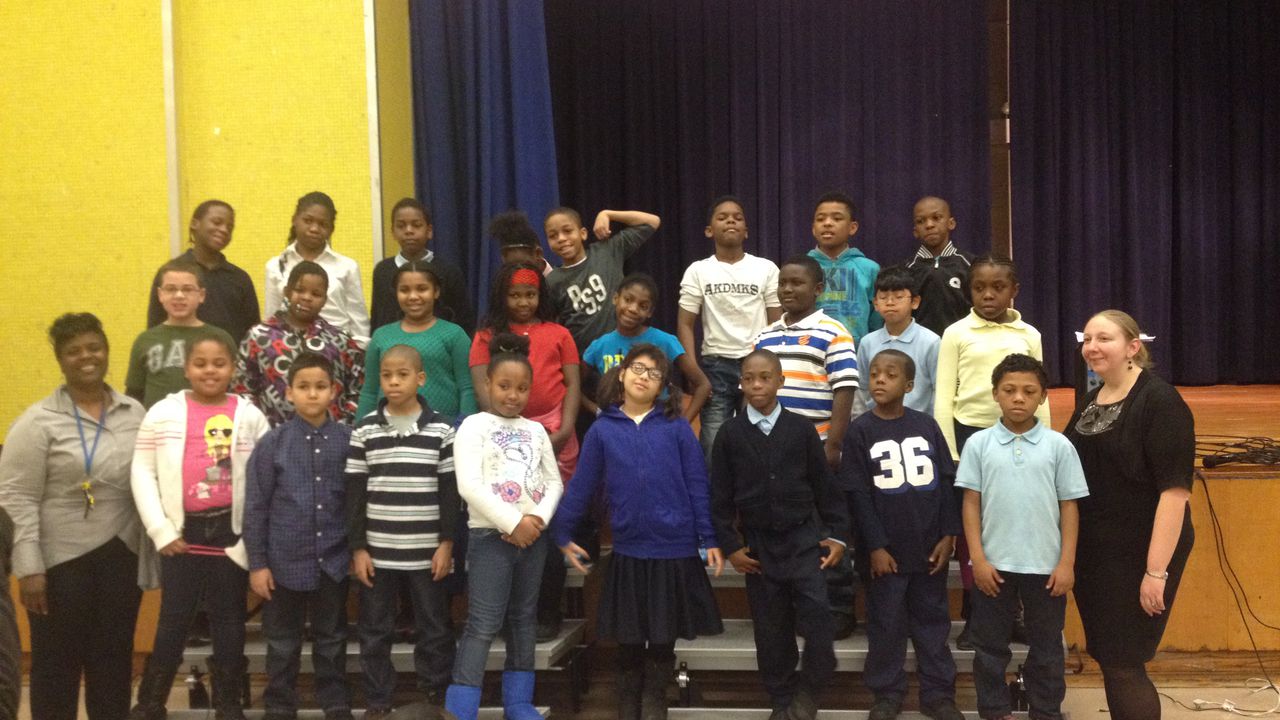 Beginning in November of 2013, students from PS 307K in Brooklyn began discussing the issue of distracted driving and, as a result, pedestrian endangerments near their school. Students drew inspiration from symbols such as eyes, ears, and hands and parts of the body used when paying attention in traffic. As the design progressed, an image was created of children walking to school with the help of their parents and a crossing guard thus the name, Children Crossing. Groundswell artist Jess Poplawski helped translate these ideas to image, which resulted in a new, complete street sign to be used throughout the schools safe zones. This project is part of an ongoing collaborative partnership between Groundswell and the NYC Department of Transportation. The partnership seeks to improve the safety and quality of neighborhoods by engaging youth in the process of recreating street signs. These signs are then utilized throughout the community, engaging its members and creating social change in the process.