Community and Collaborations for Health 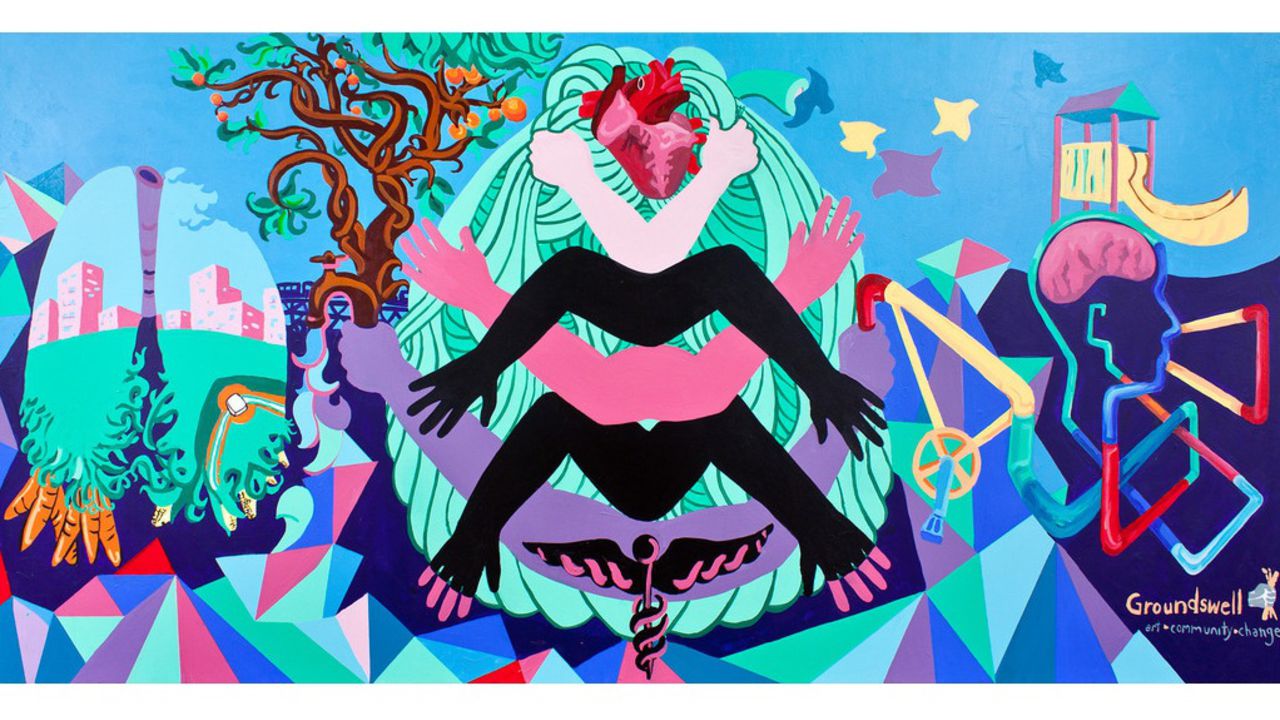 In 2012, Groundswell partnered with Montefiore Medical Center and its Office of Community Health and Wellness Healing Arts Program to create five beautiful murals celebrating the theme Visions of a Healthy Community." Groups of young people were recruited from local afterschool programs to participate in the five-week project. Along with Groundswell professional artists, these youth were charged with researching, conceptualizing, designing, and painting the murals on stretched canvas. Each completed mural was then installed in the waiting area of one of five Montefiore health centers, enhancing these spaces for thousands of patients and community members. Community and Collaborations for Health is one of these murals, created in partnership with the Mosholu Montefiore Community Center at PS 8. The mural is composed of a series of collaged images. At the center is a heart, framed by arms reaching out to the rest of the canvas. One hand holds a root that transforms into a faucet and an orange tree. In the other hand is a bike frame that transforms into playground equipment. This imagery was inspired by the young peoples discussion of the importance of healthy eating, drinking, and exercise habits to fuel and sustain ones body. The finished mural is installed at Montefiore's Family Health Center.