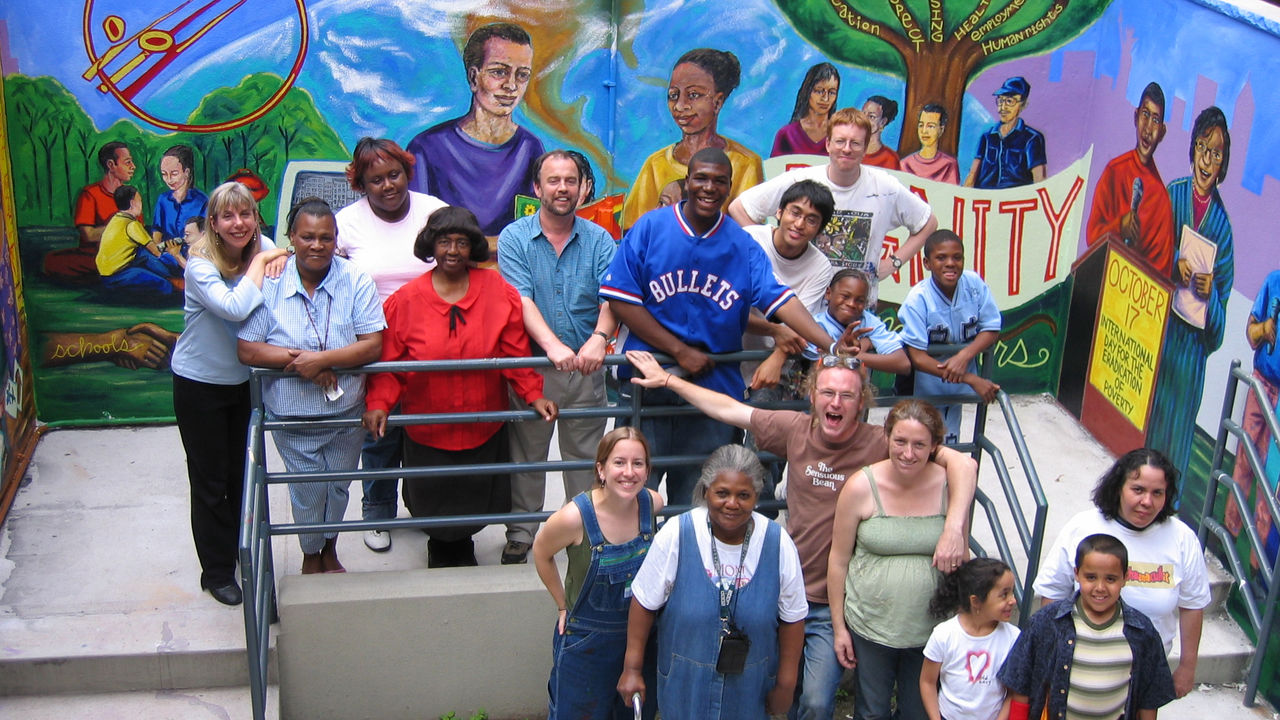 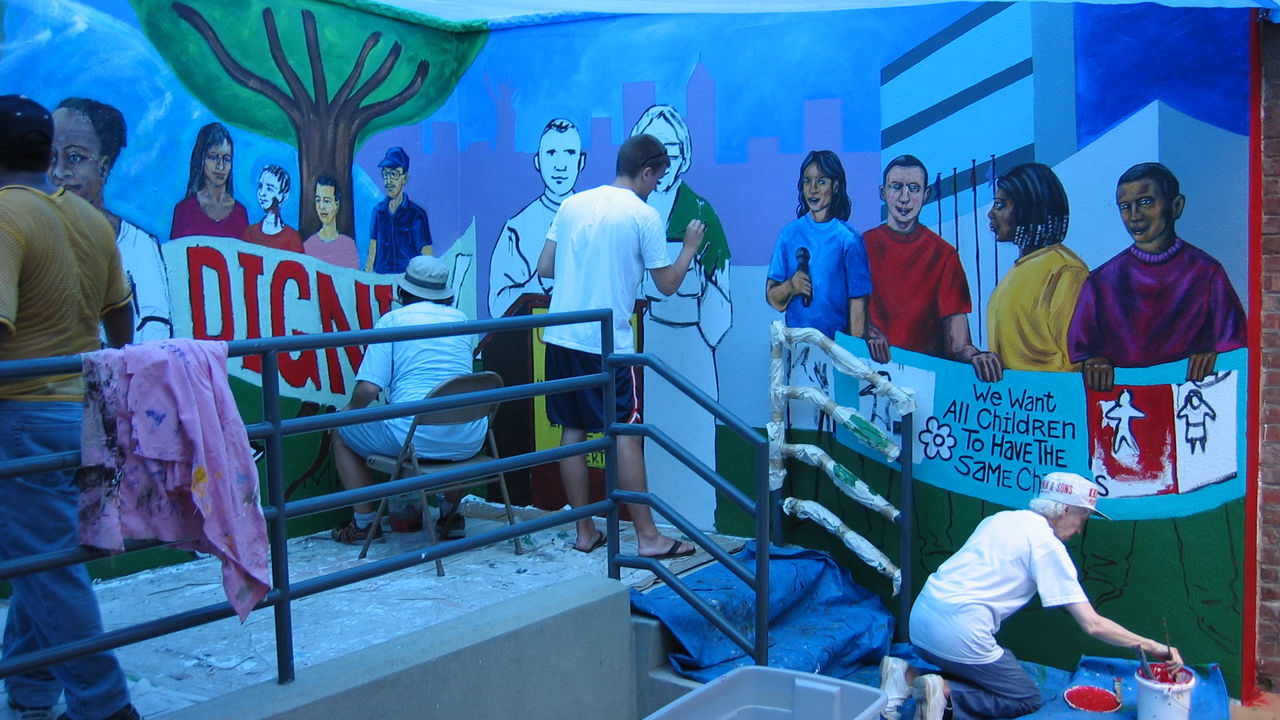 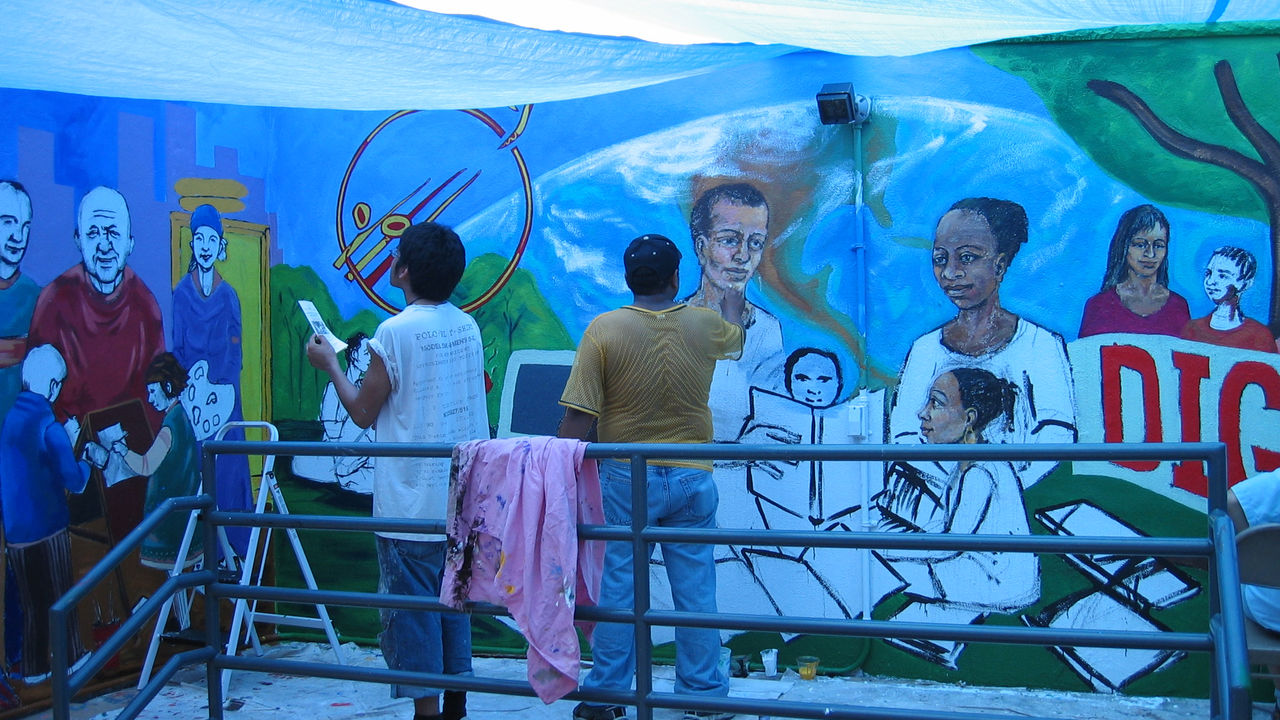 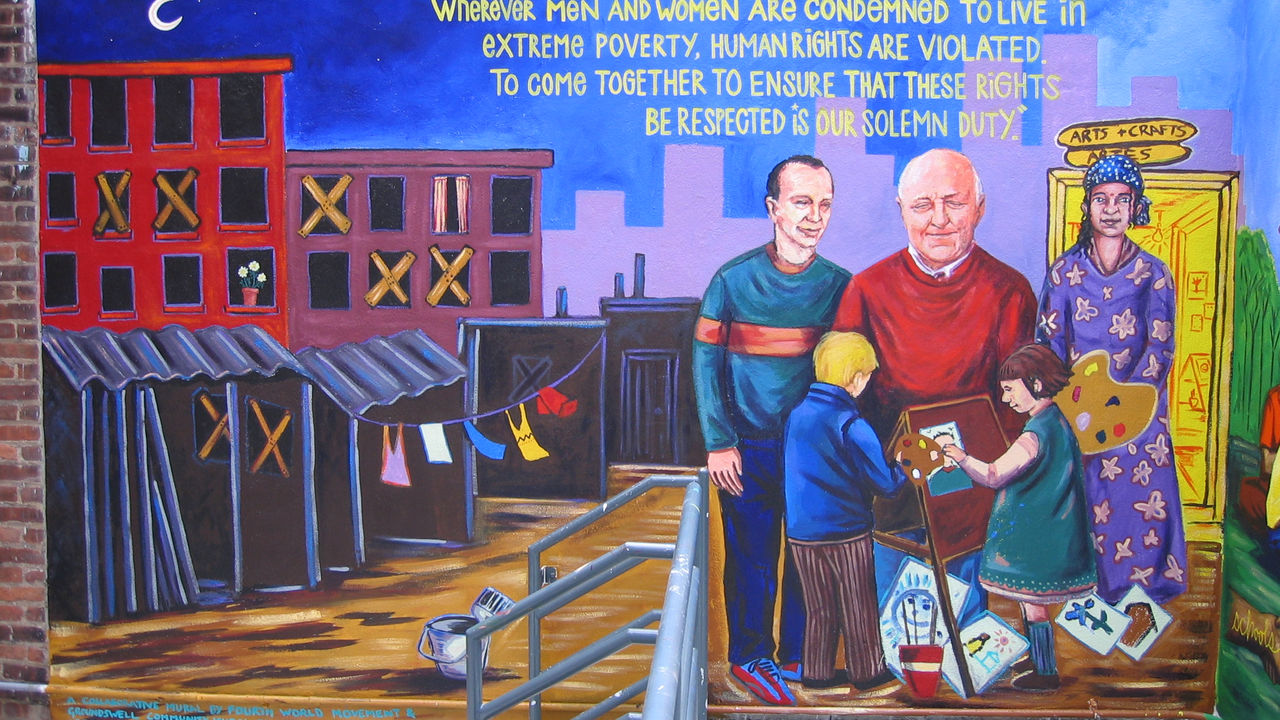 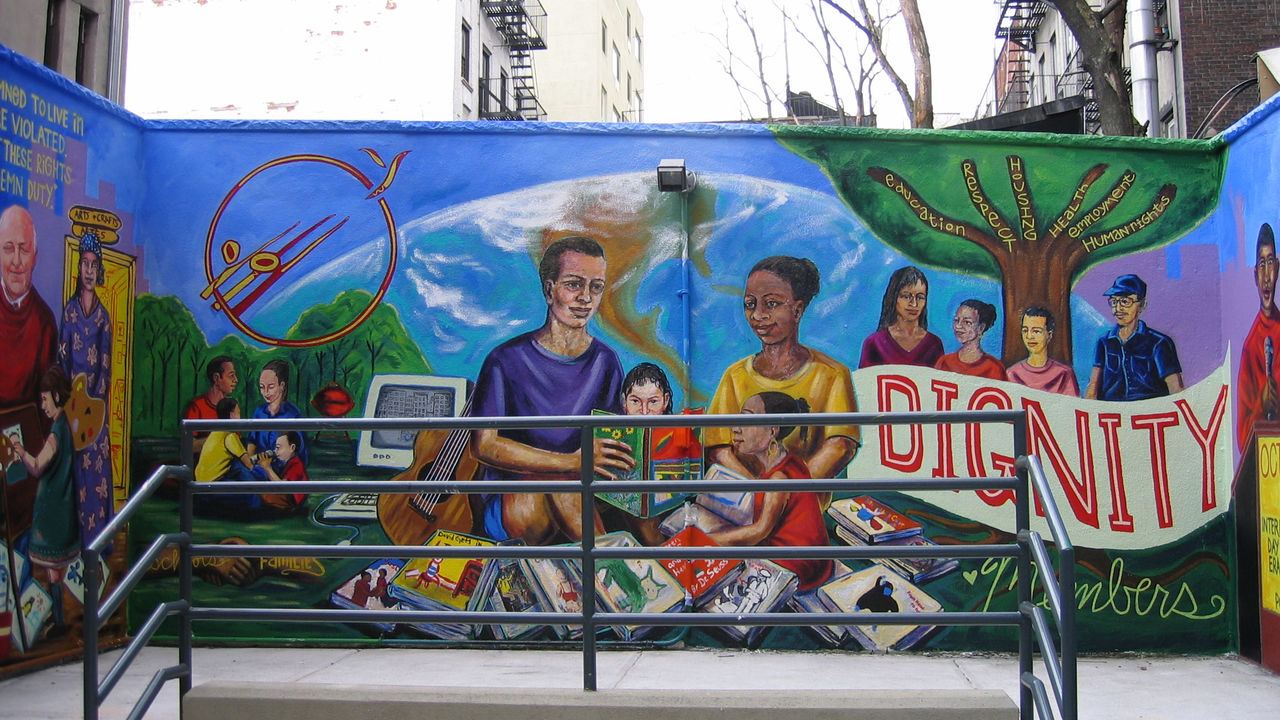 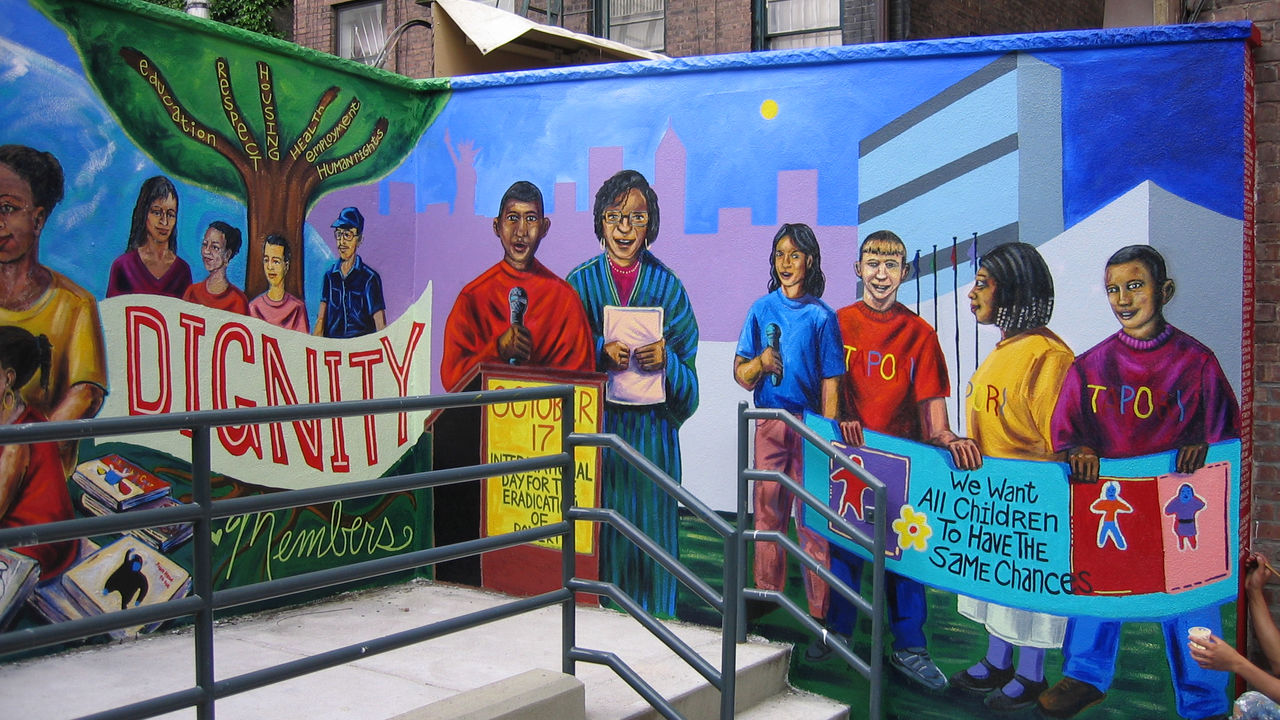 For this mural, Groundswell youth collaborated with Fourth World Movement, a network of people in poverty and those from other backgrounds who work in partnership towards overcoming the exclusion and injustice of persistent poverty. The mural is split into three different themes, each topic occupying a separate wall. The left wall shows the conditions of poverty with reference to both the history of the East Village and the shanty towns in France where the Fourth World Movement began in the 1950s. A family moves away from the conditions of poverty, accompanied by Father Joseph Wresinski, Founder of the Movement. The center section directly addresses the Movements projects and the impact they have made on the community. The final section depicts community empowerment, featuring a group of children from TAPORI, the youth empowerment project of the Movement. Specia thanks to the many volunteers who contributed their time and talent to the mural.