Gender Violence and the Culture That Perpetuates It 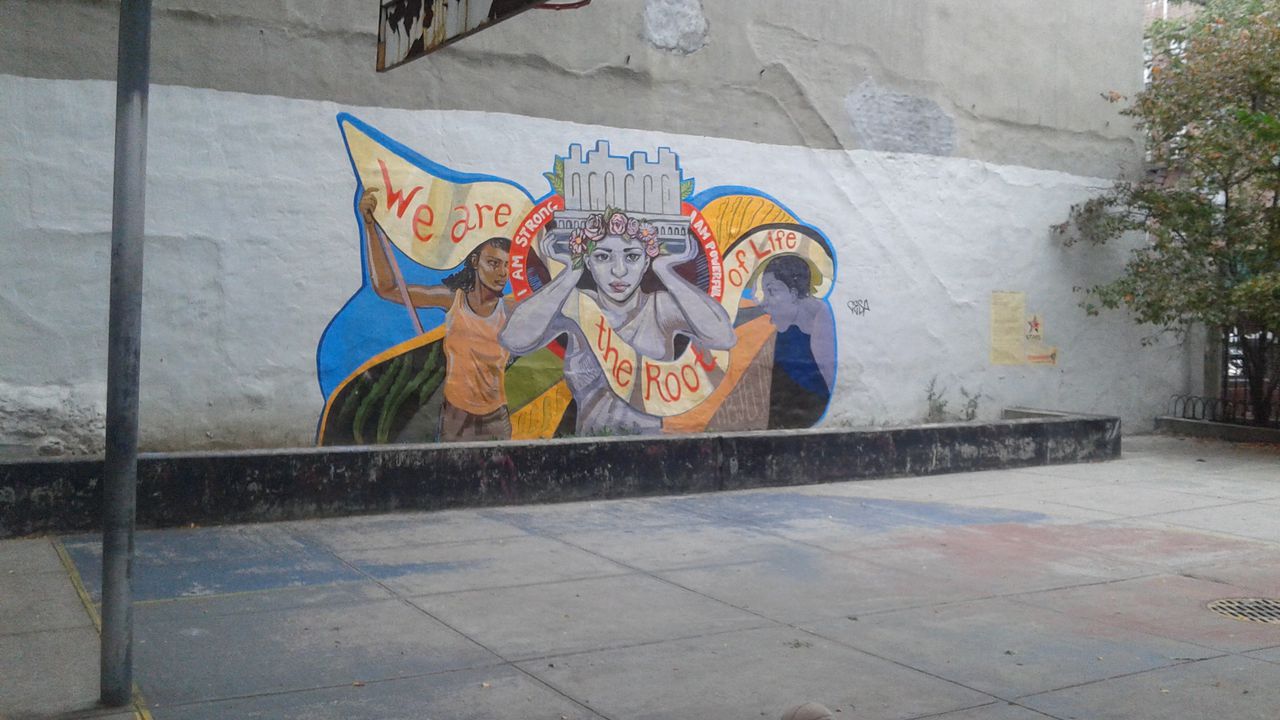 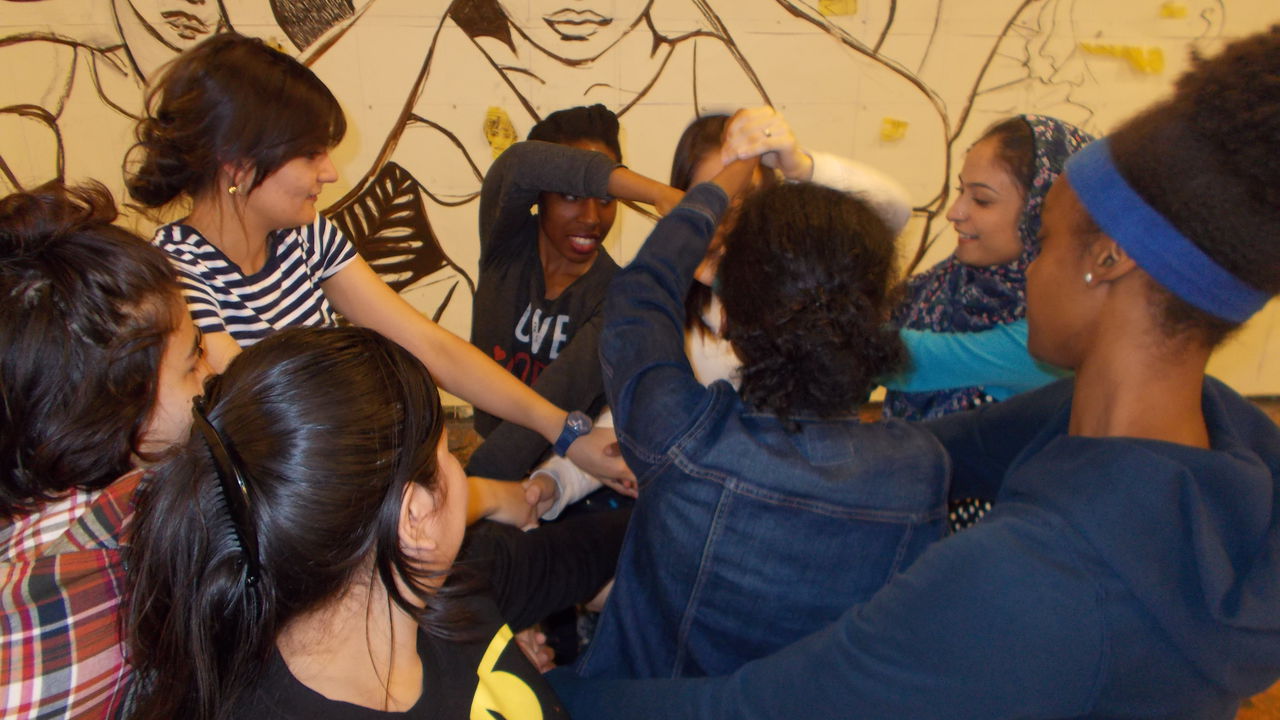 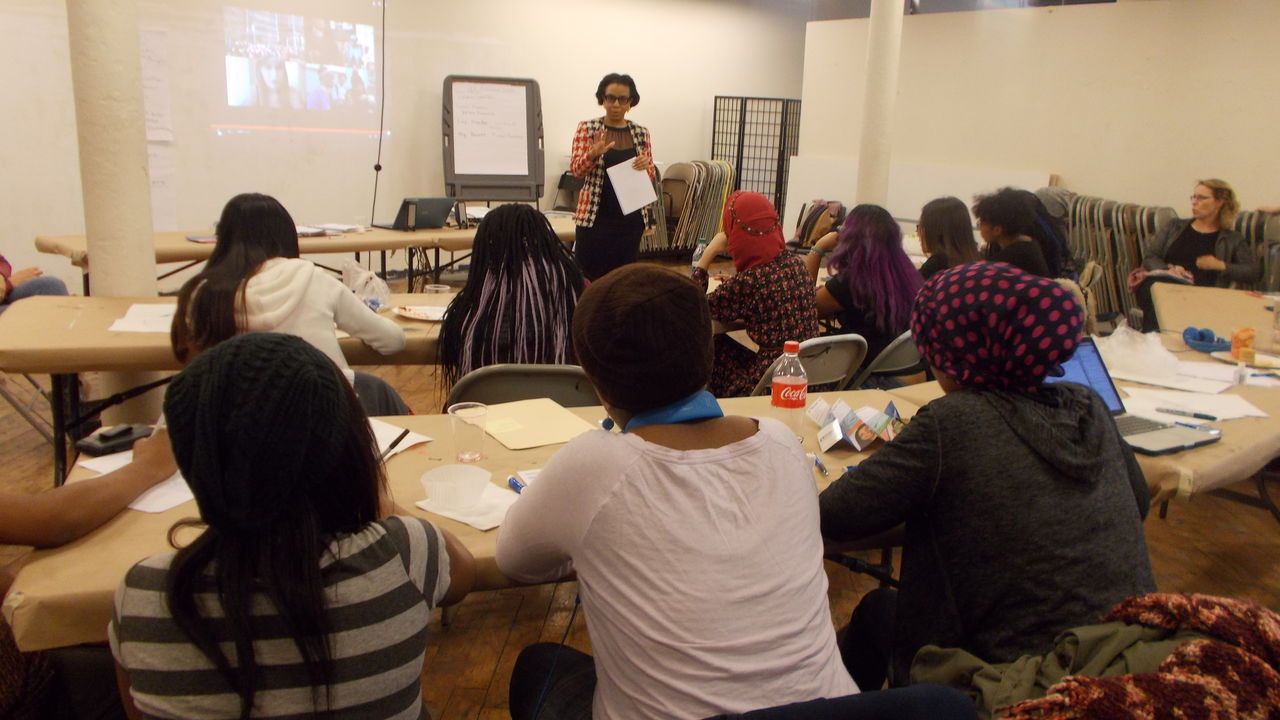 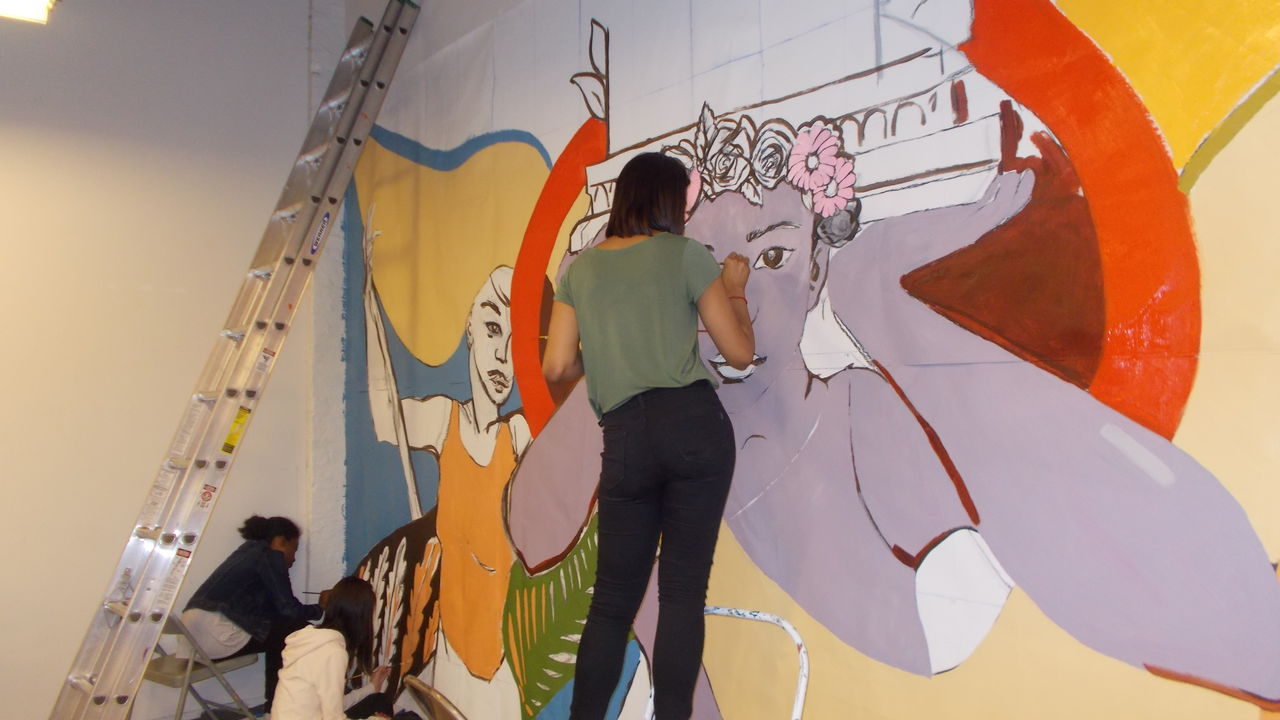 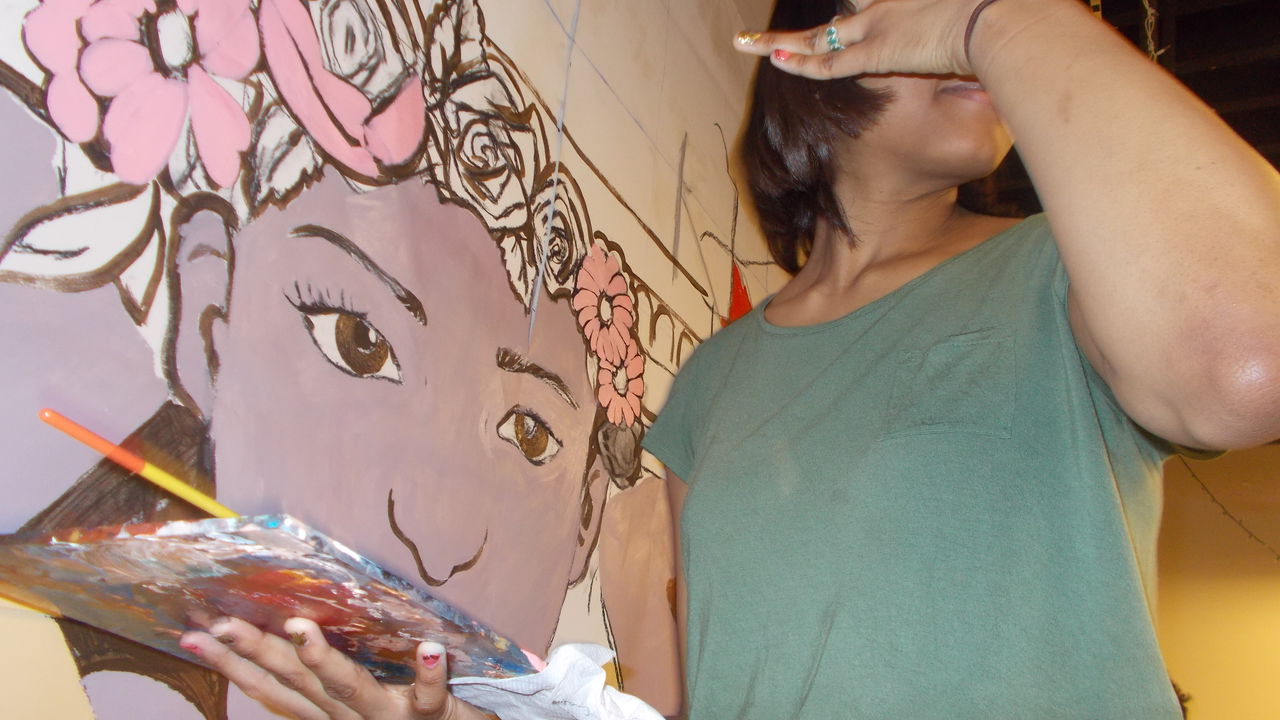 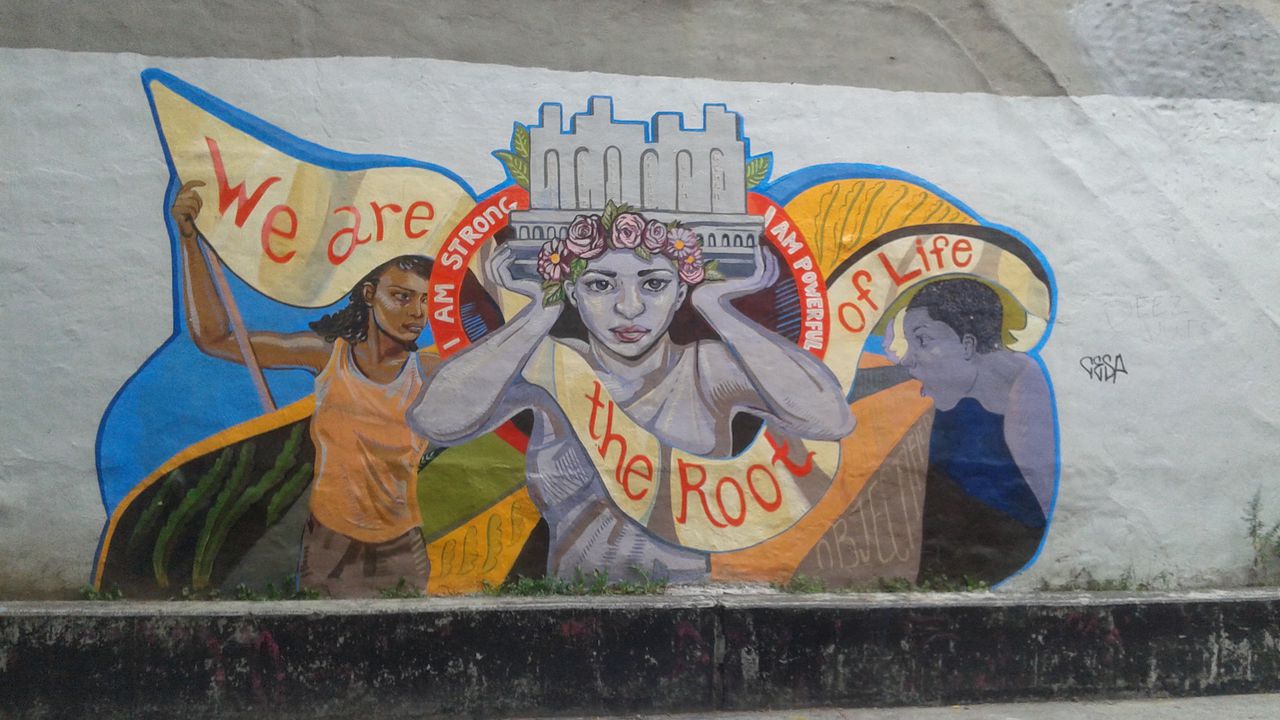 As part of the STARS Citywide Girls Initiative, an initiative funded through the New York City Council, a team of young women facilitated the research, design and creation of a mural to raise public awareness and encourage dialogue about gender-based violence. Their mural, Gender Violence and the Culture that Perpetuates It, uses art to express the importance of empowering women in order to stop violence. The central figure is a woman depicted as an ancient statue carrying a pillar. On the top edge of the pillar is the outline of a New York skyline with arches stating: woman, leader, mother, human, sister, partner. The figure is portrayed as a strong powerful carrier, symbolizing the foundation for life and strength. To her left, a woman holds a flag high. The flag billows out into a ribbon that crosses the entire mural. The ribbon has the text We are the root of life on it. On the right side of the mural, a face in profile has colorful rays emerging from its mouth. In the rays the team wrote different examples of gender-based violence such as Objectification, Stereotype, and Slut-Shamed. Flowers and leaf designs are intertwined within the overall mural. The team installed this mural on a basketball court as neighborhood residents were playing. The residents were inspired by the message of the mural: that all women are as strong and powerful as the statue in the mural.