Home in Our Eyes 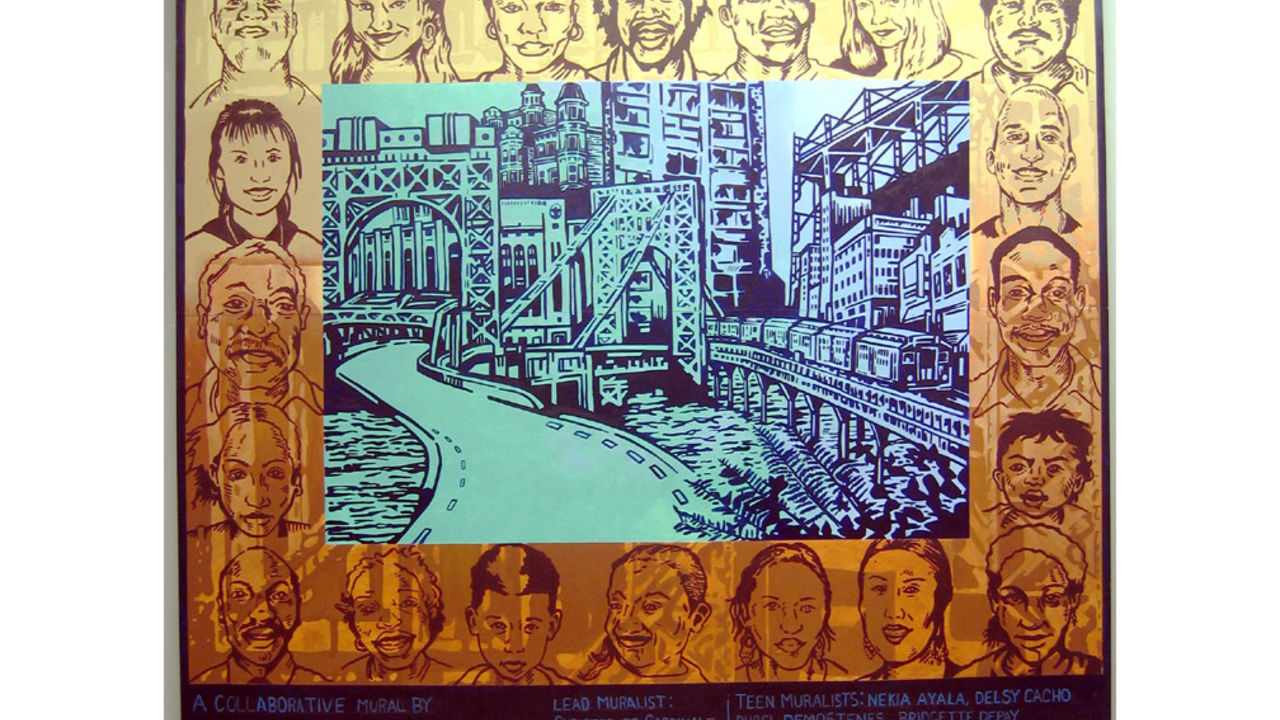 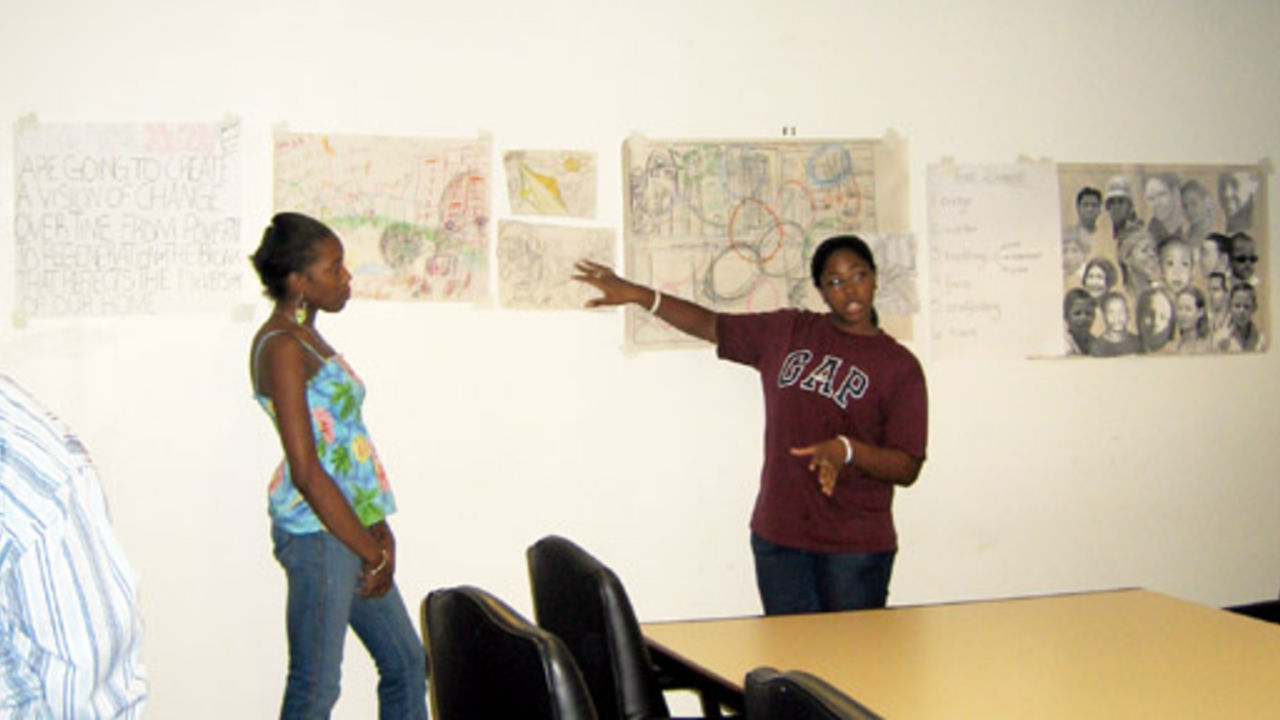 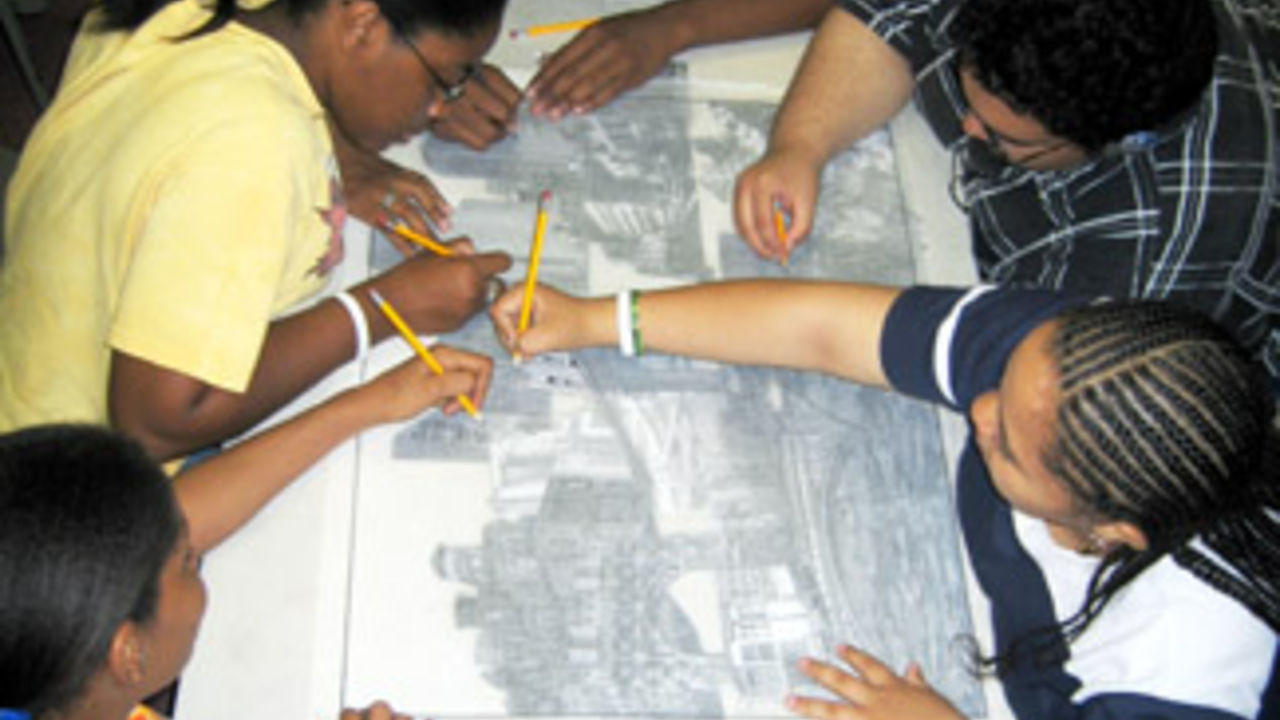 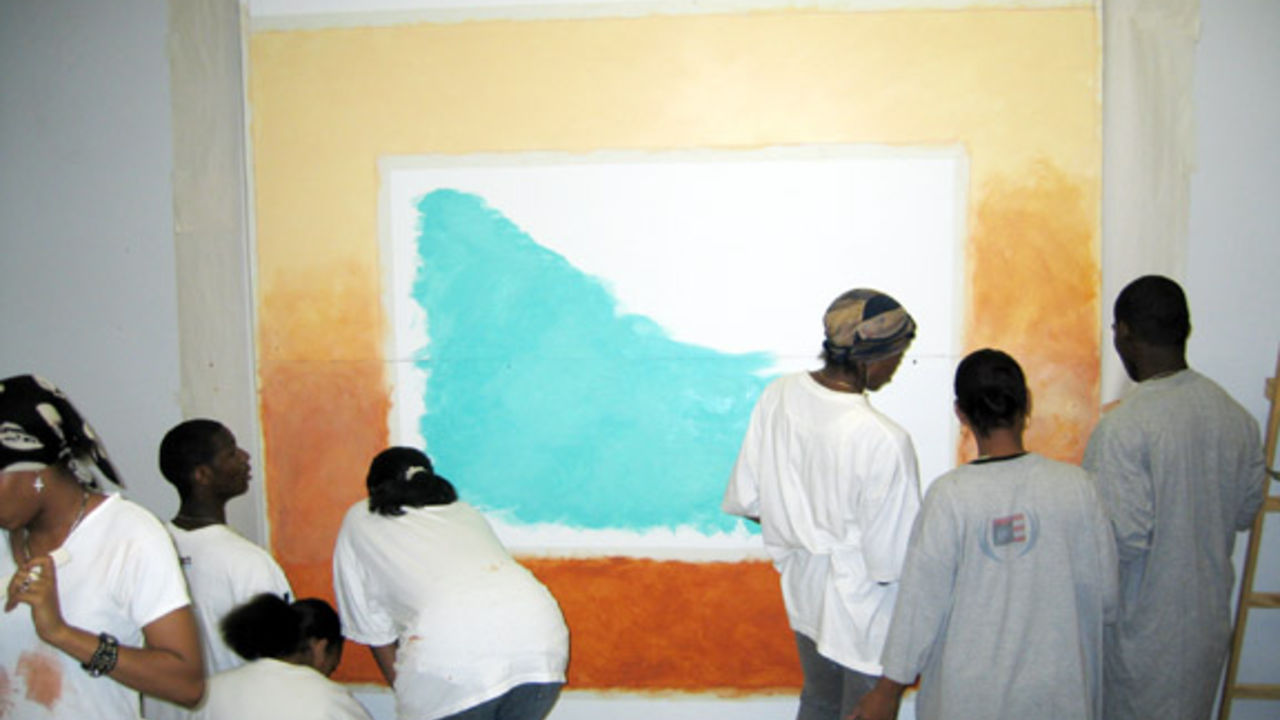 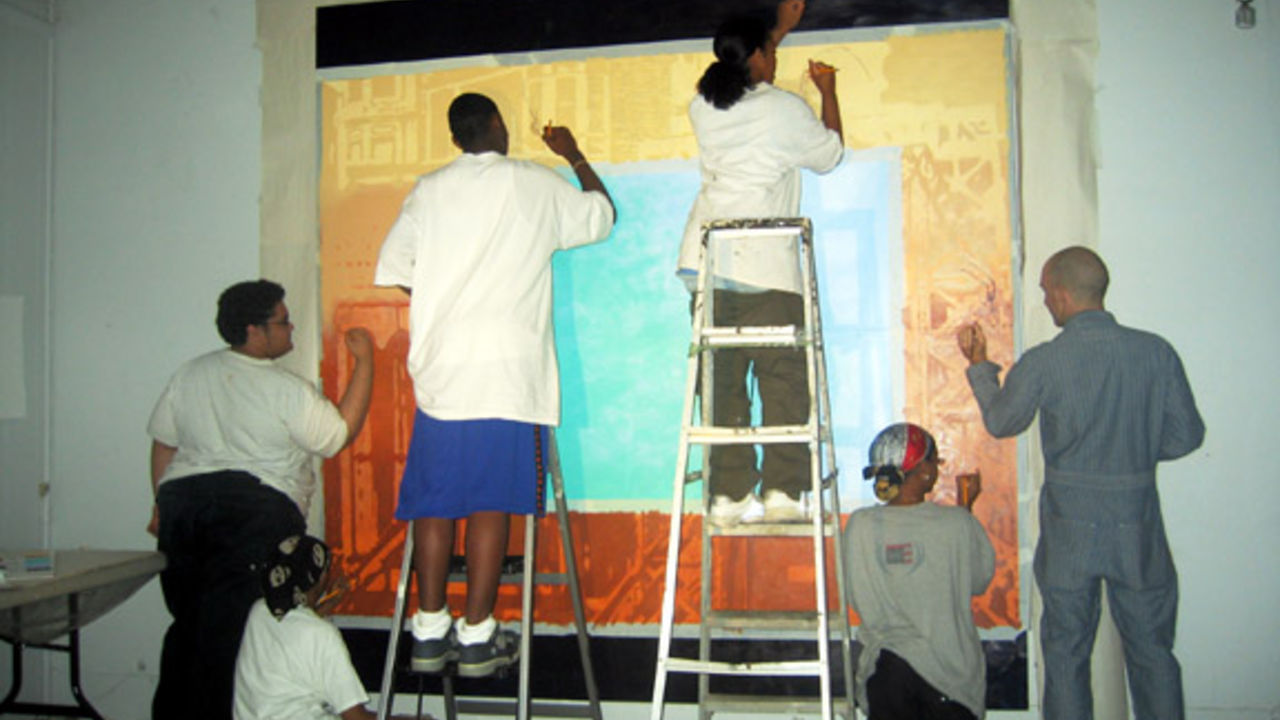 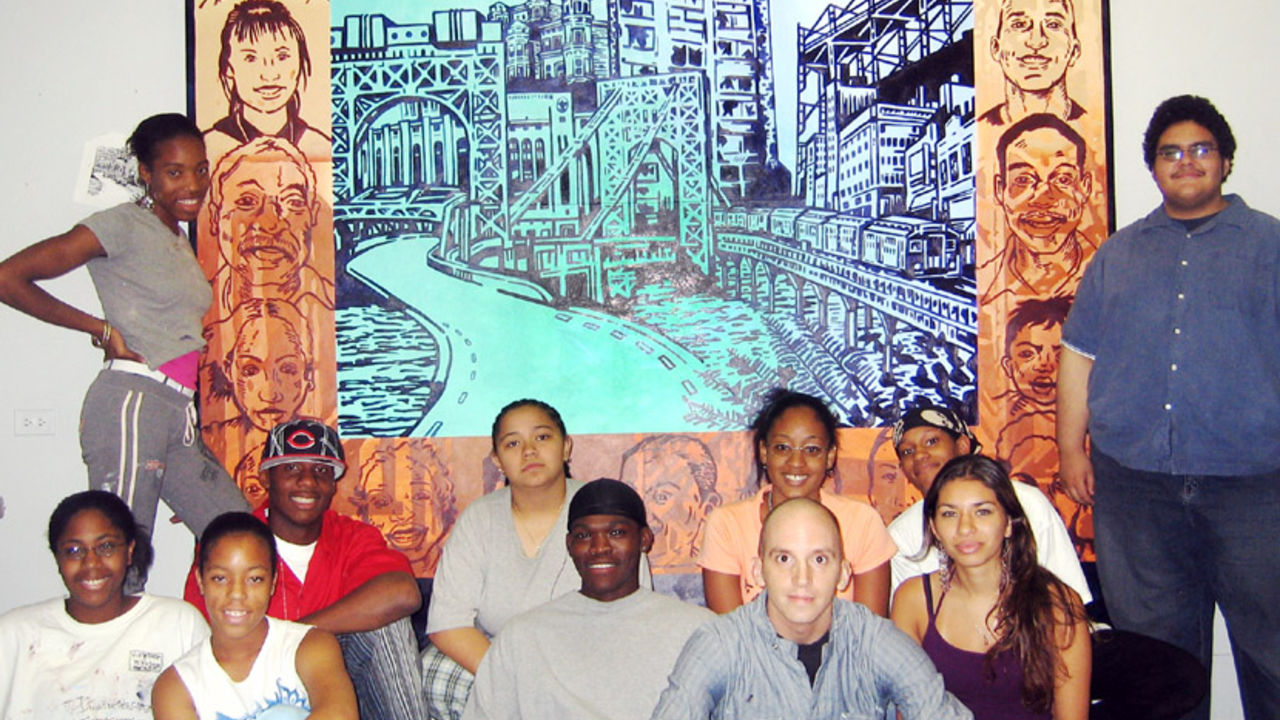 As part of our Summer Leadership Institute, Groundswell collaborated with the South Bronx Overall Economic Development Corporation (SoBRO) to create a mural for the lobby of its main building. Artists Christopher Cardinale and Carolina Veloso worked with teens recruited from throughout New York City to plan and paint the mural during July and August. Three weeks into the project, the team held two community design presentations to share their design ideas with SoBRO staff and members of the local community. Working indoors and using a projector, the group built up layers of images on two MDF panels in a controlled and methodical process. The images in the mural reference the history and transformation of the South Bronx from an urban wasteland in the 1980s to a renewed and thriving urban community today. Bronx landmarks are featured throughout the design, which is ringed with portraits of the diverse range of people and communities who make up the South Bronx.