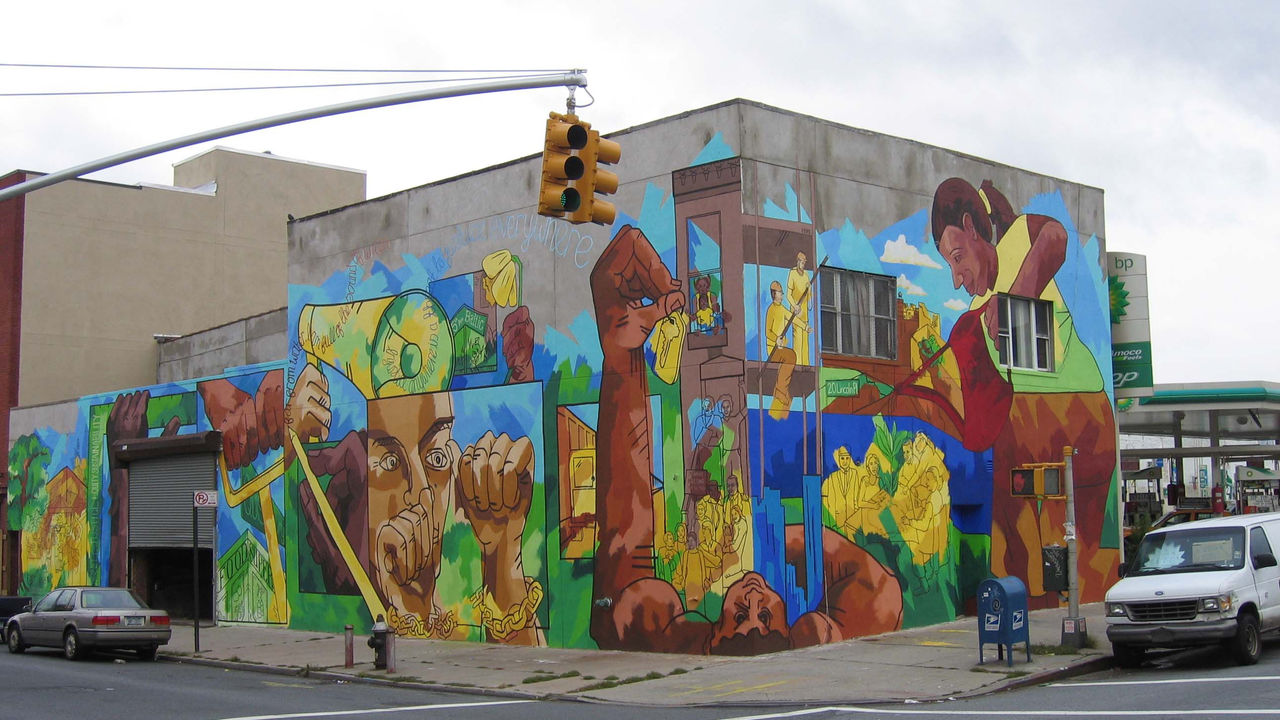 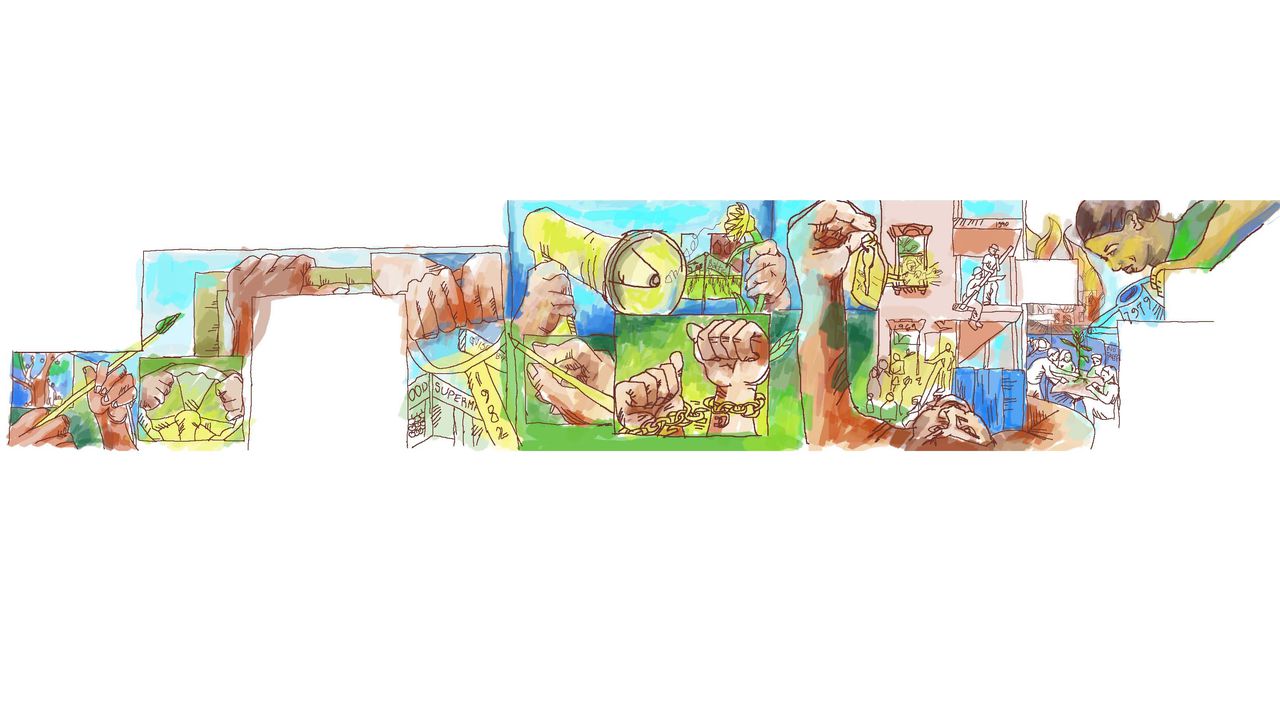 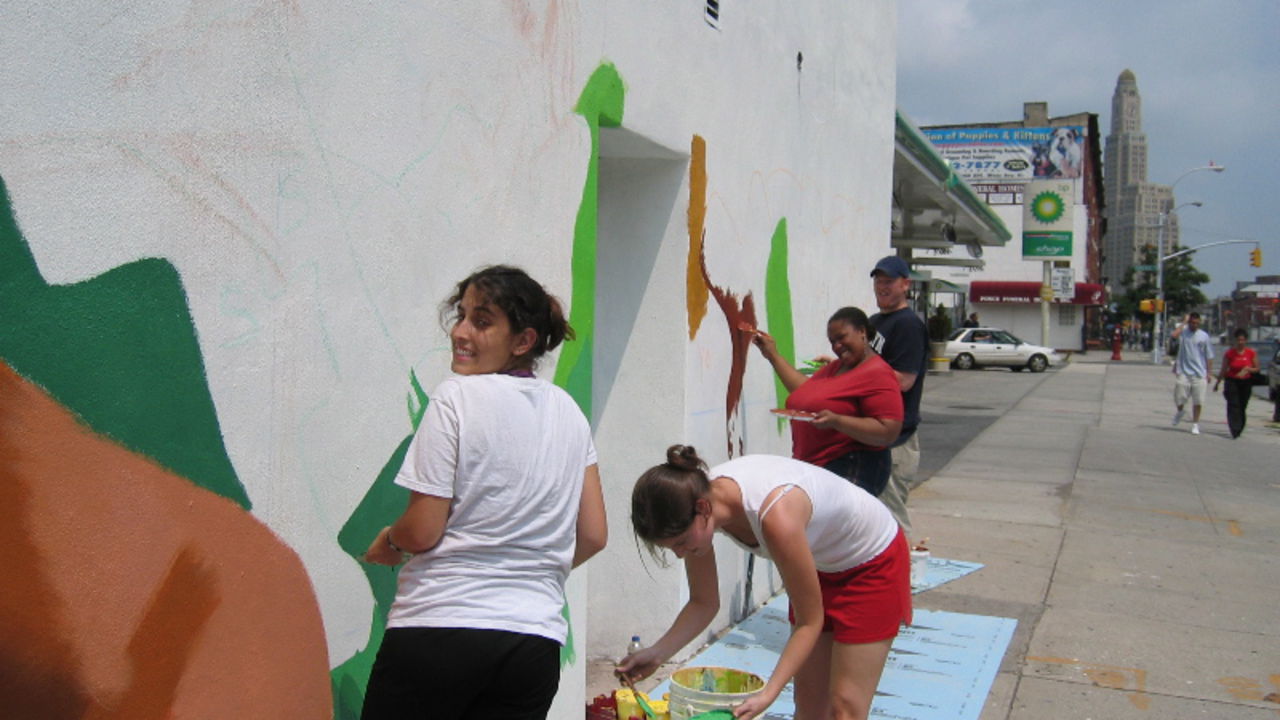 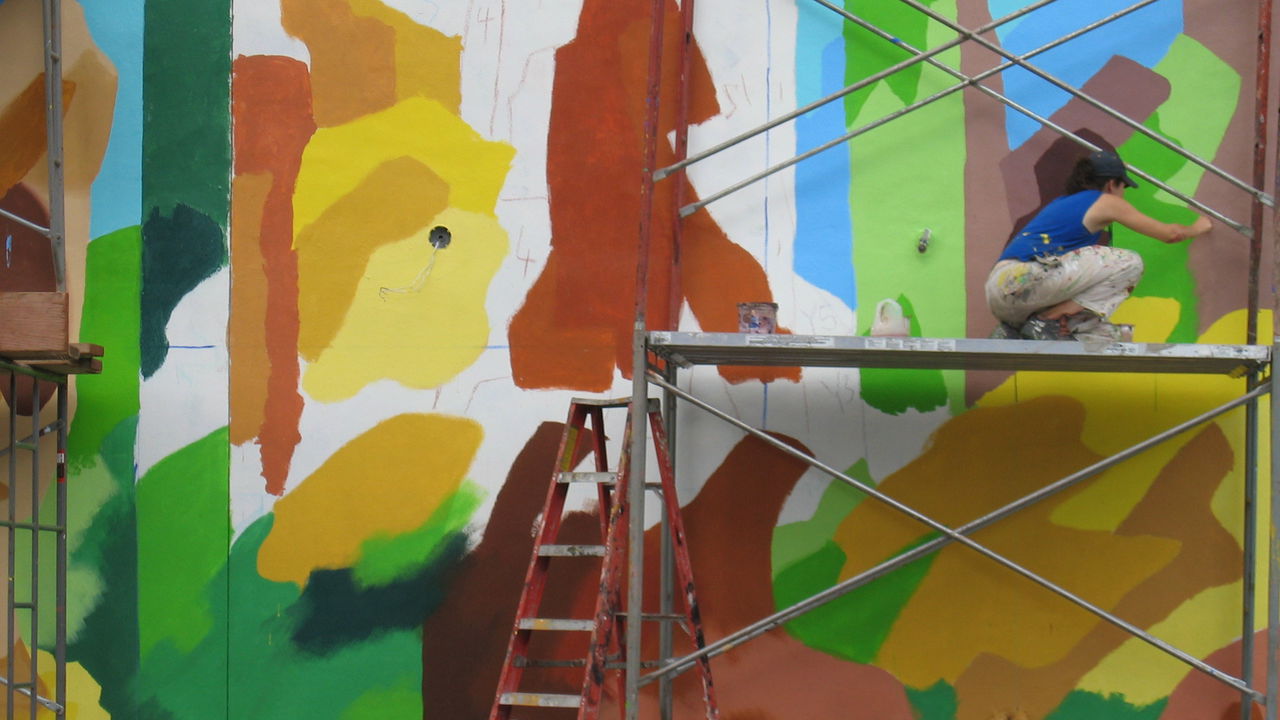 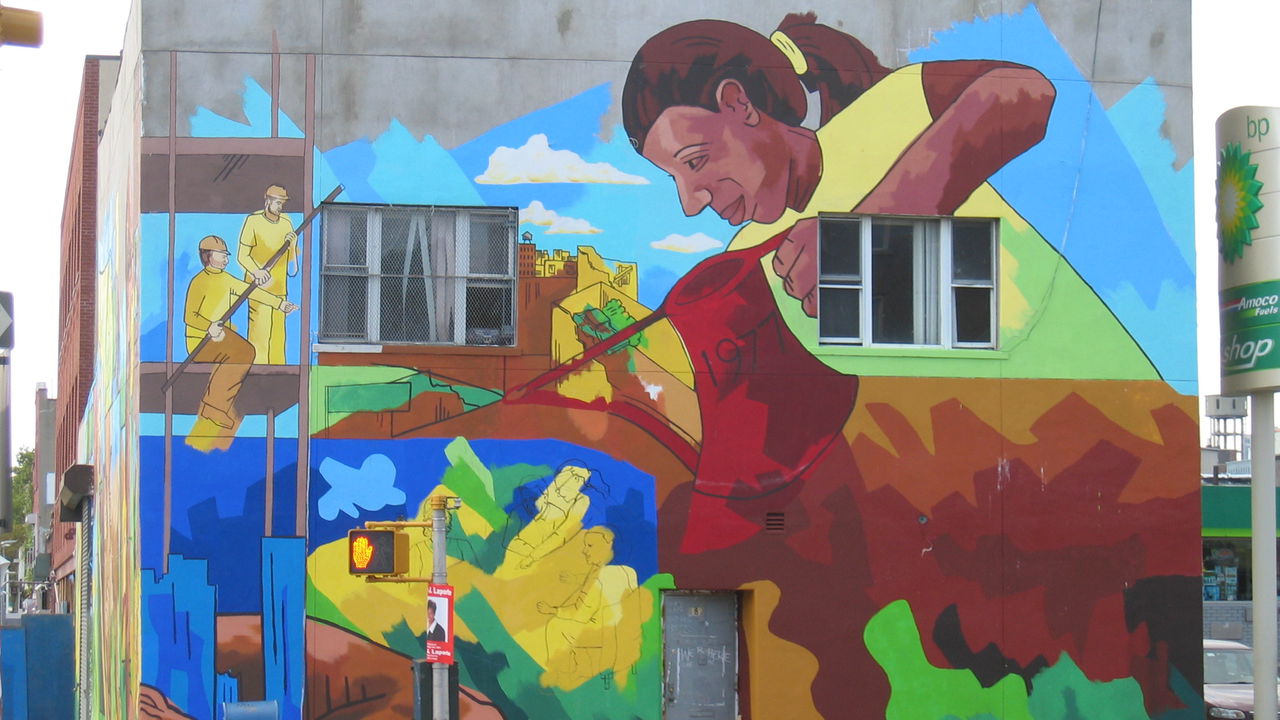 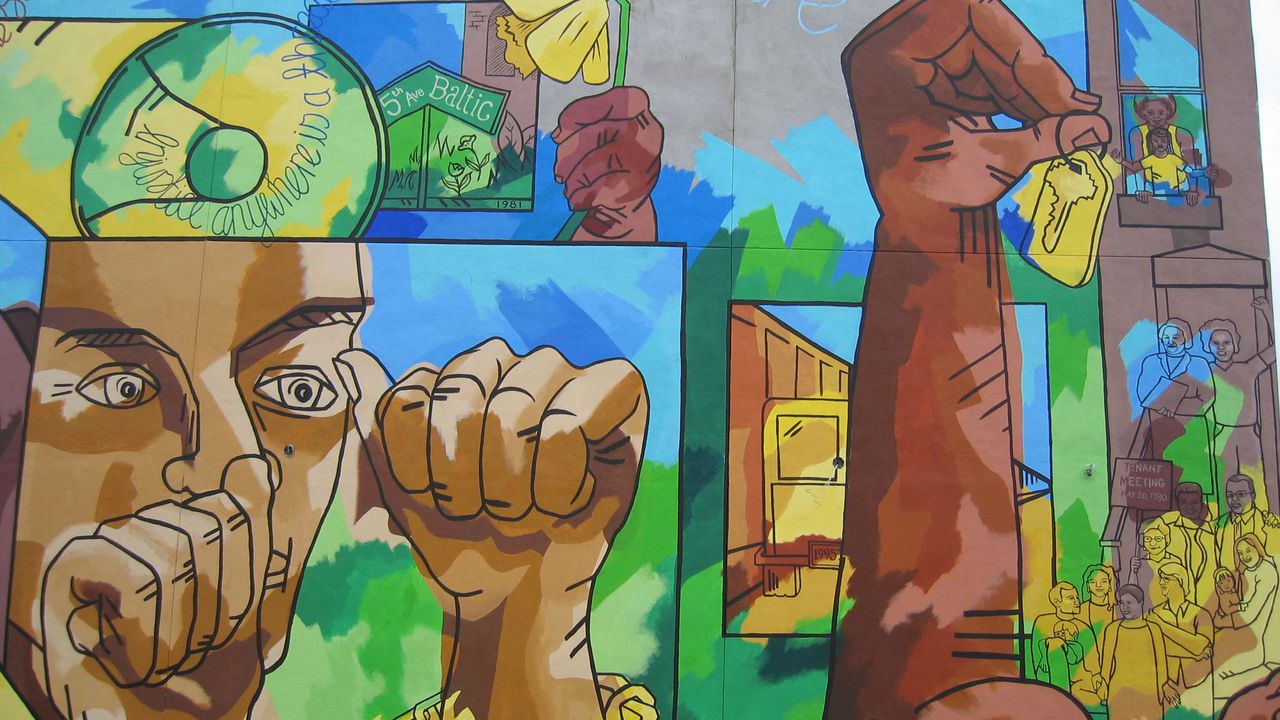 To celebrate the opening of its new headquarters in 2003, Fifth Avenue Committee (FAC) commissioned Groundswell to paint a mural on the adjacent building to help lead visitors from 4th Avenue around the corner to the doors of the new center. Groundswell began research for the mural through a series of focus groups with each of the departments that make up FAC. Each department was asked to propose a representation of its role in the FAC community and present it as a living tableau. Photographs of these tableaus were then used to develop a mural that highlights the many facets of FAC's work. FAC celebrated its 25th anniversary in 2002, and the mural also features a visual timeline of significant organization milestones. For example, a truck license plate in the image reads 1995, a nod to the year FAC incorporated Red Hook on the Road, a program that trains commercial truck drivers and helps them find employment.