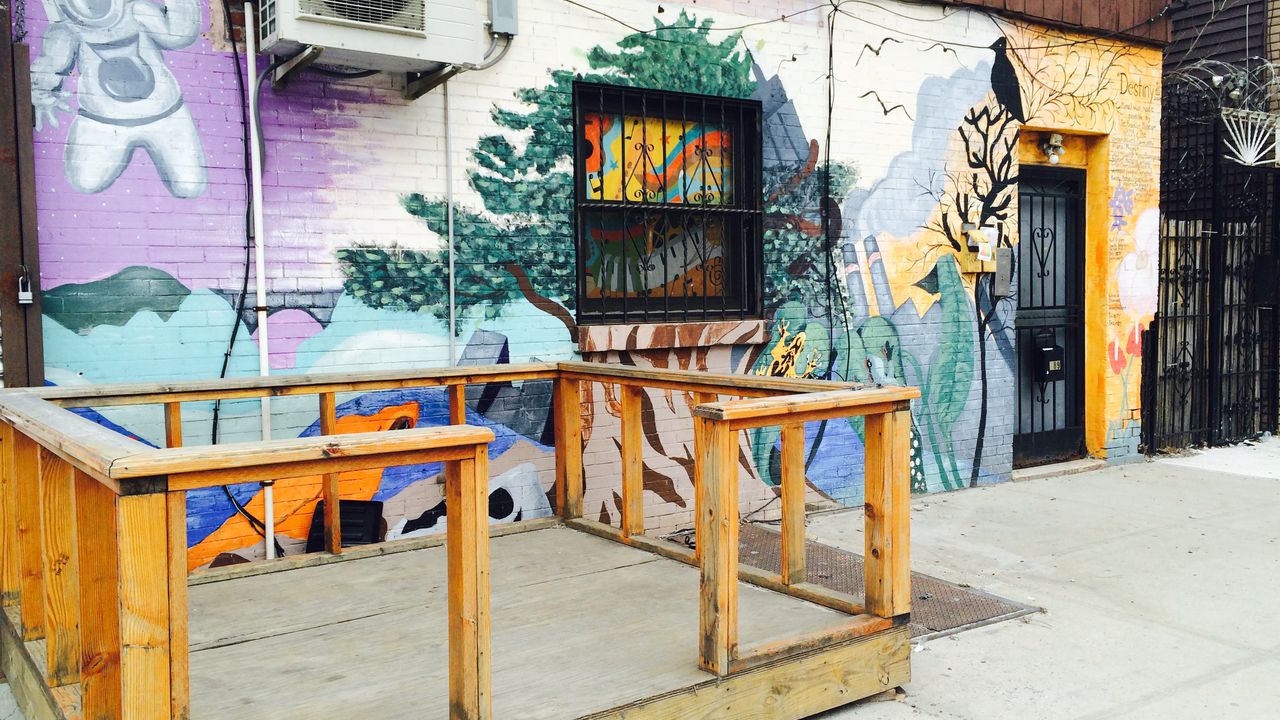 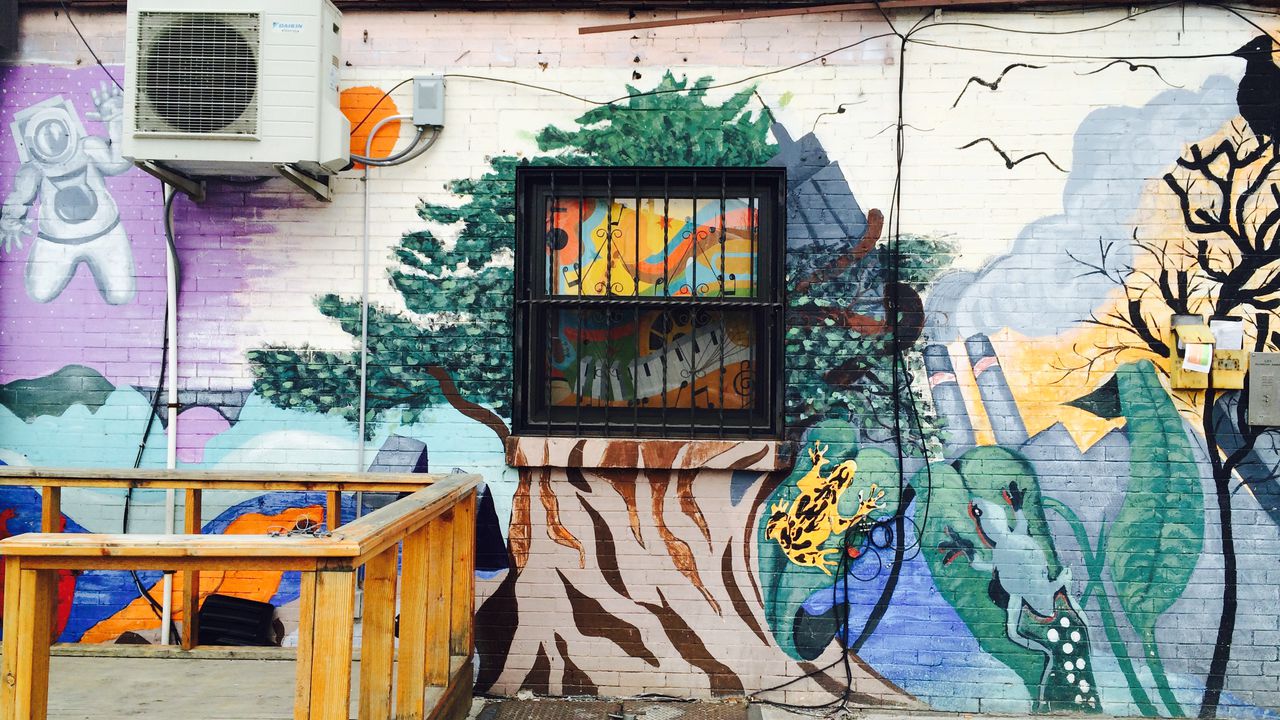 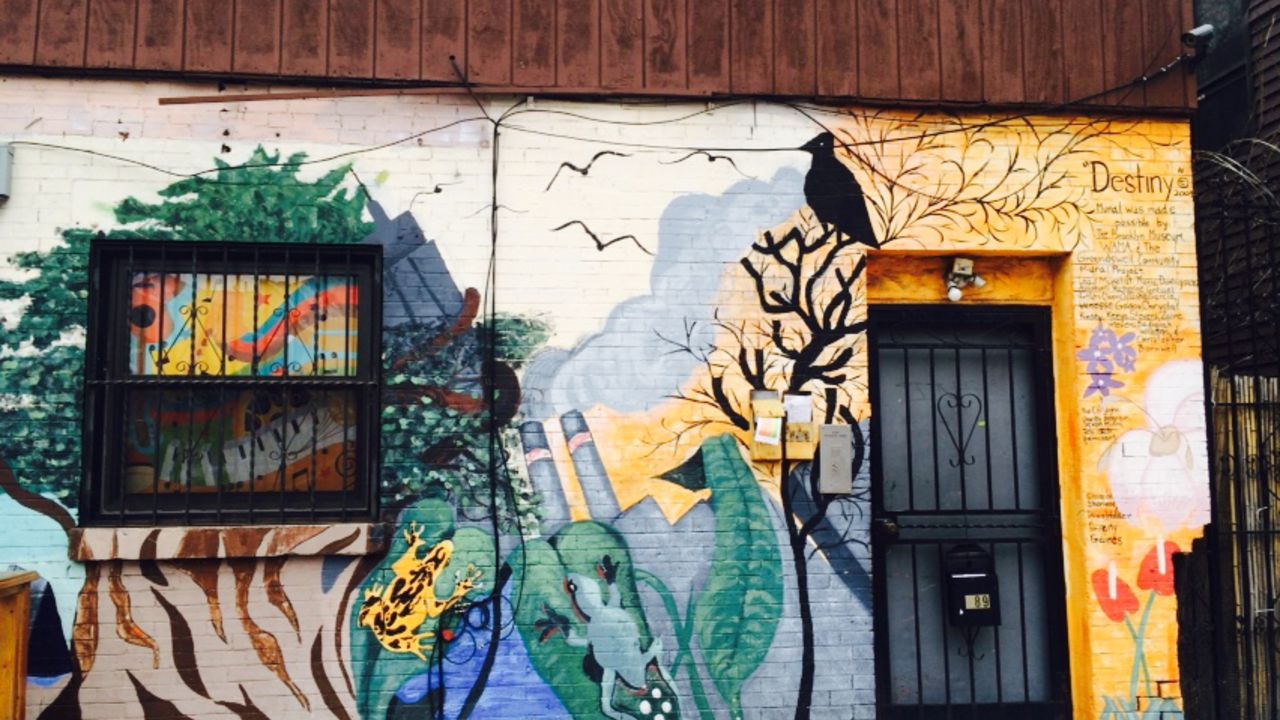 Making A Difference was created as part of a series of murals on the theme of Peace and Healing created in the aftermath of the attacks on New York and Washington, D.C. on September 11, 2001. As part of this initiative, Groundswell approached the Washington Avenue Merchants Association, Inc. to collaborate on a mural that would express the vitality of the local community as well as express post-September 11th sentiments. Youth participants researched the Crown Heights community, using the resources of the the Brooklyn Public Library, and also talked with members of the community. The Director of the Washington Avenue Merchants Association introduced participants to members of the merchants association and other local business owners. The youth artists decided to illustrate the themes of peace and community vitality using images of themselves and portraits of the individuals they had interviewed. They also included a motif of crows, a nod to the historical name of the community; Crown Heights was once known as Crow Hill. The mural not only contributed to city-wide healing efforts after the tragedy of September 11 but also helped further Groundswells goal to create a mural corridor along Washington Avenue.