Moving Together Towards a Healthy Bronx 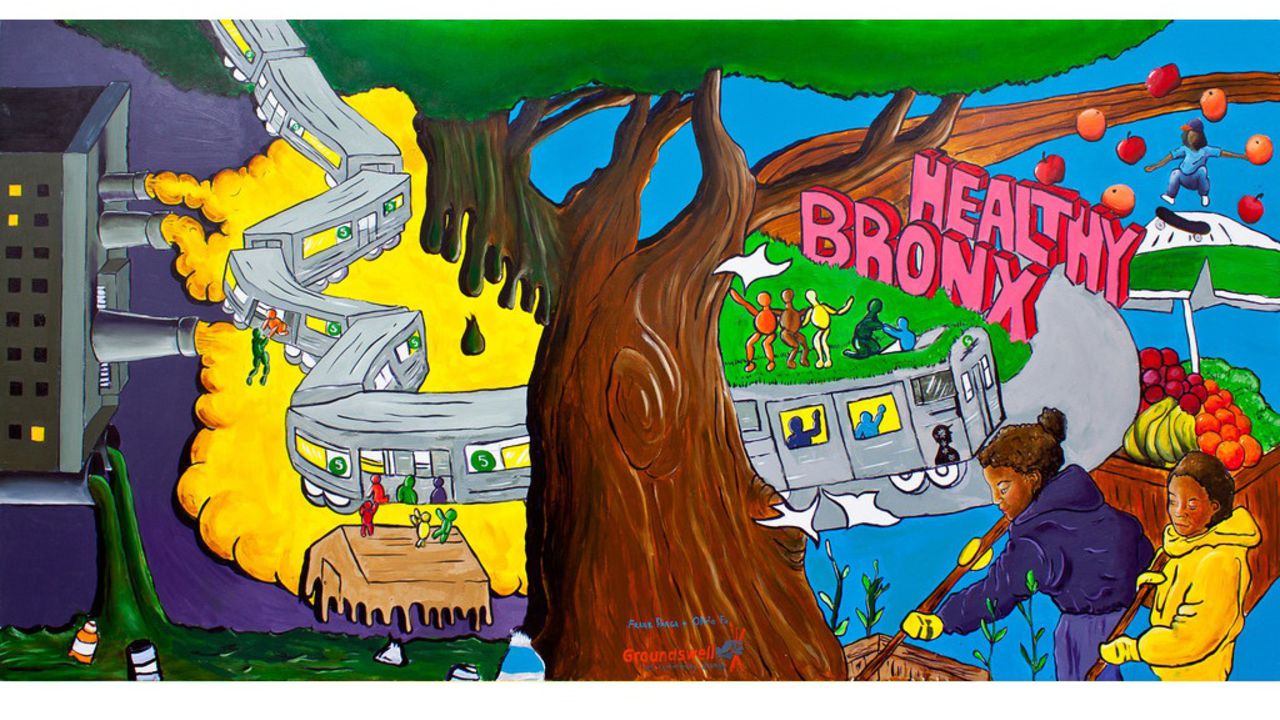 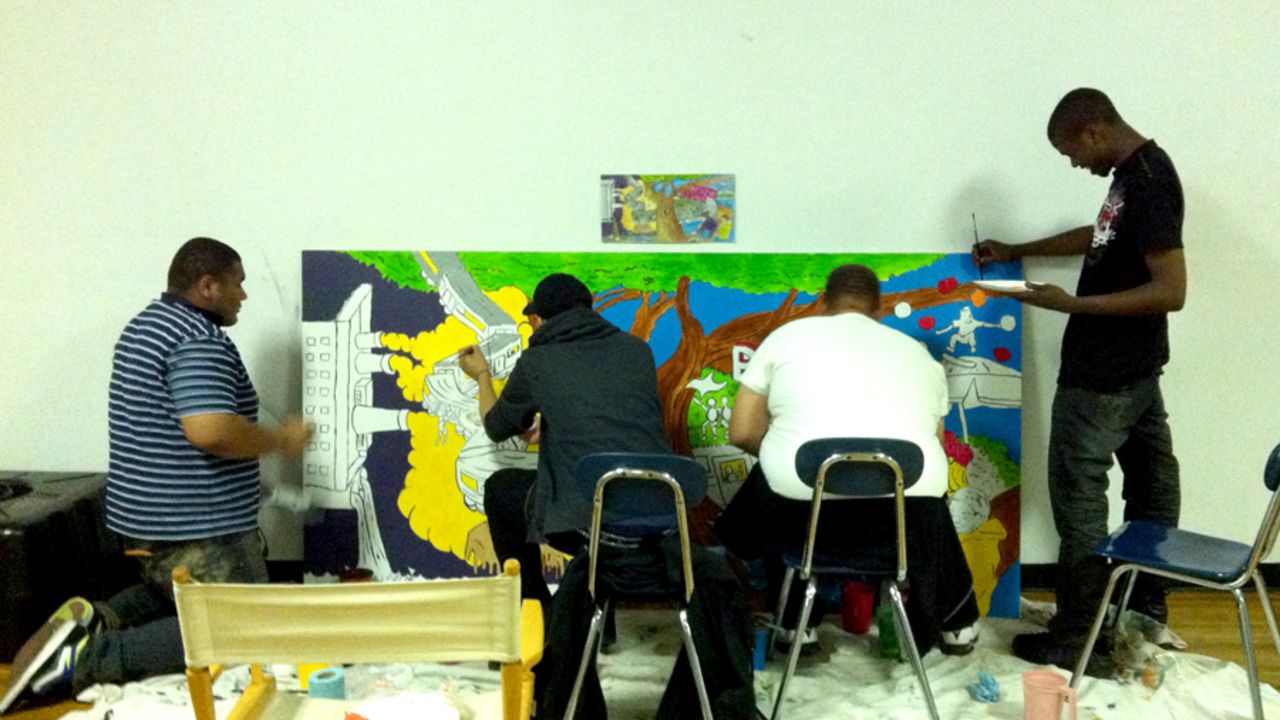 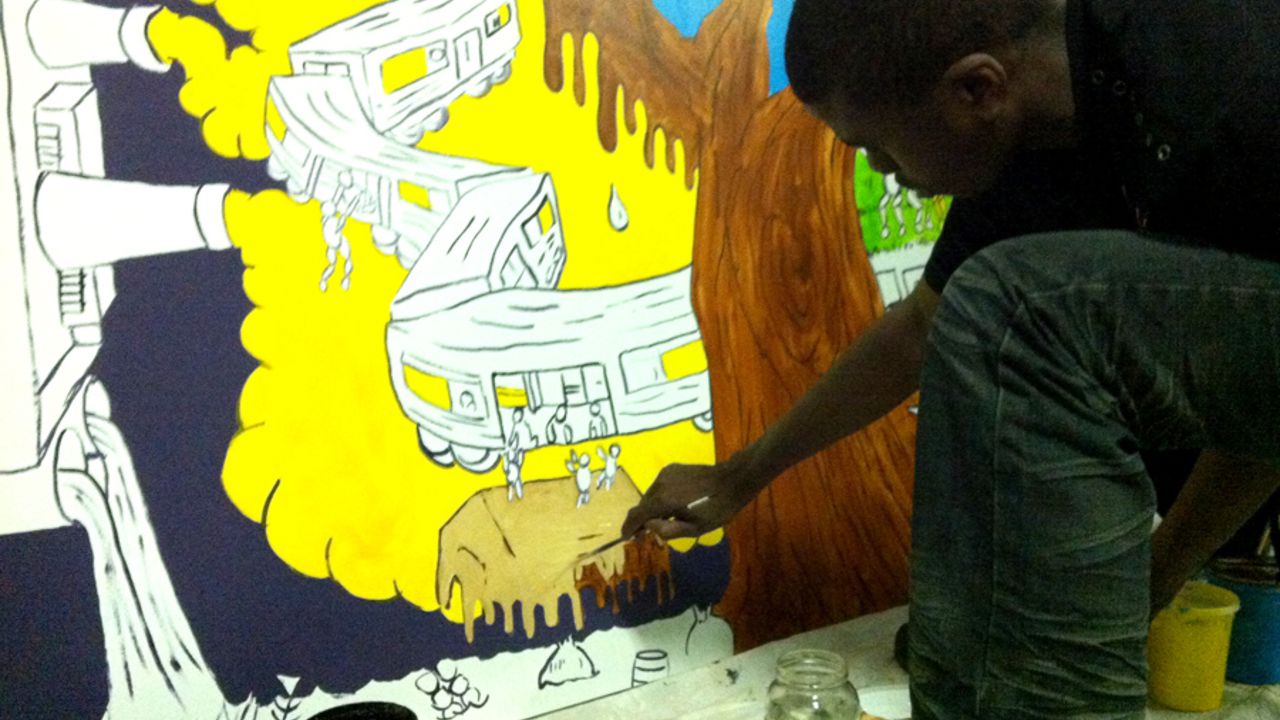 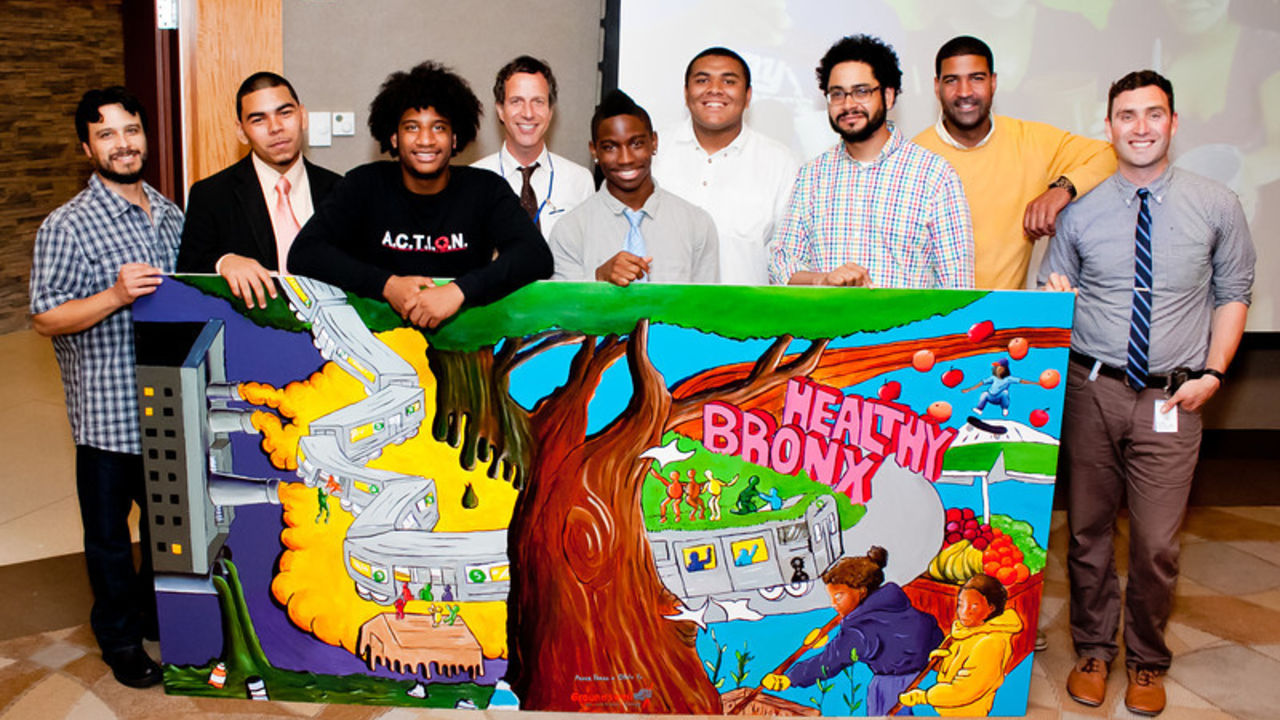 In 2012, Groundswell partnered with Montefiore Medical Center and its Office of Community Health and Wellness Healing Arts Program to create five beautiful murals celebrating the theme "Visions of a Healthy Community." Groups of young people were recruited from local afterschool programs to participate in the five-week project. Along with Groundswell professional artists, these youth were charged with researching, conceptualizing, designing, and painting the murals on stretched canvas. Each completed mural was then installed in the waiting area of one of five Montefiore health centers, enhancing these spaces for thousands of patients and community members. Moving Together Towards a Healthy Bronx is one of these murals, created in partnership with participants from THE POINT Community Development Corporation's M.I.S.T.E.R. young men's empowerment program. For this mural, the team divided the imagery into two parts. On the left is the negative, which illustrates the young men's concern about pollution in their community. The right depicts positive local efforts toward community revitalization. The finished mural is installed at the Center for Child Health and Resiliency at the South Bronx Center for Children and Families.