Not One More Death 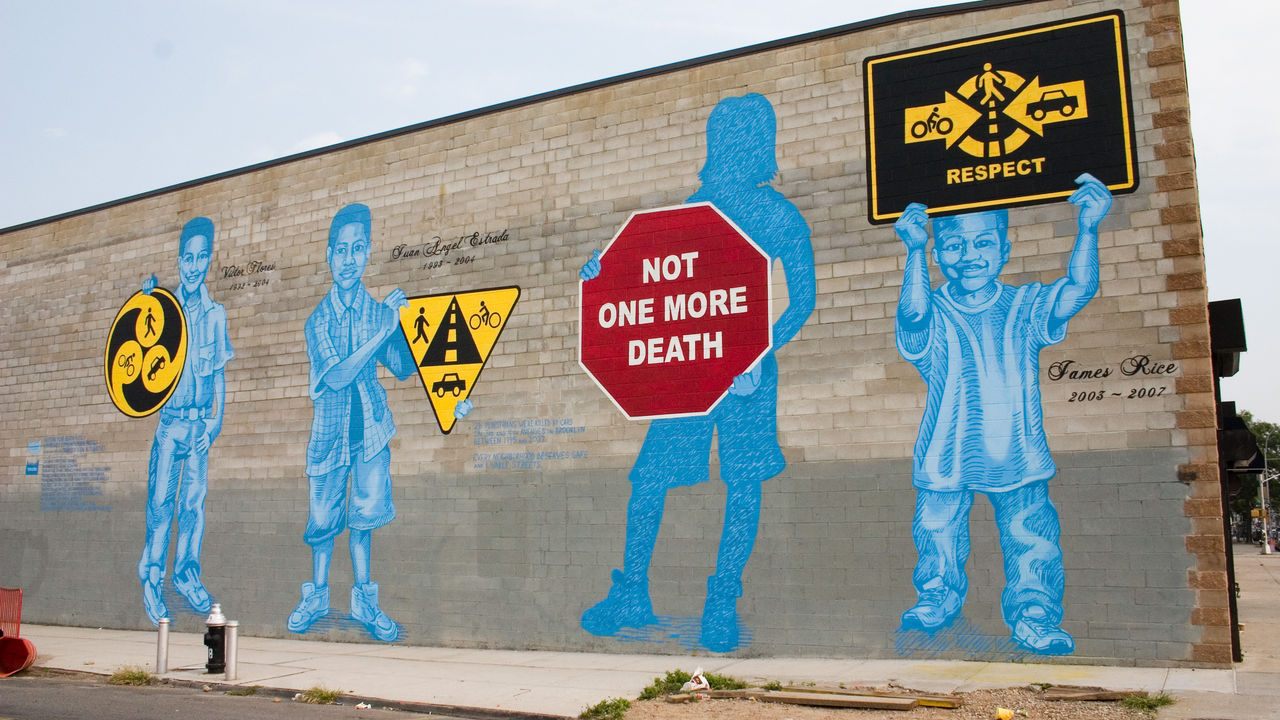 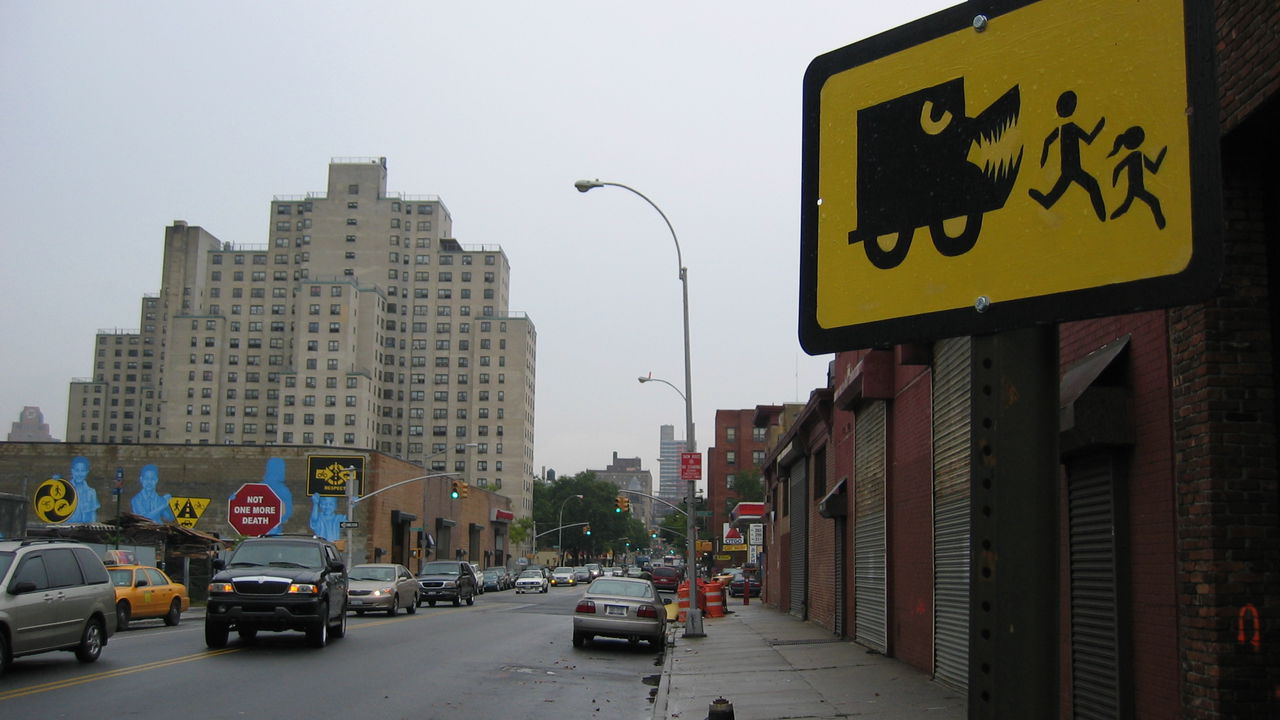 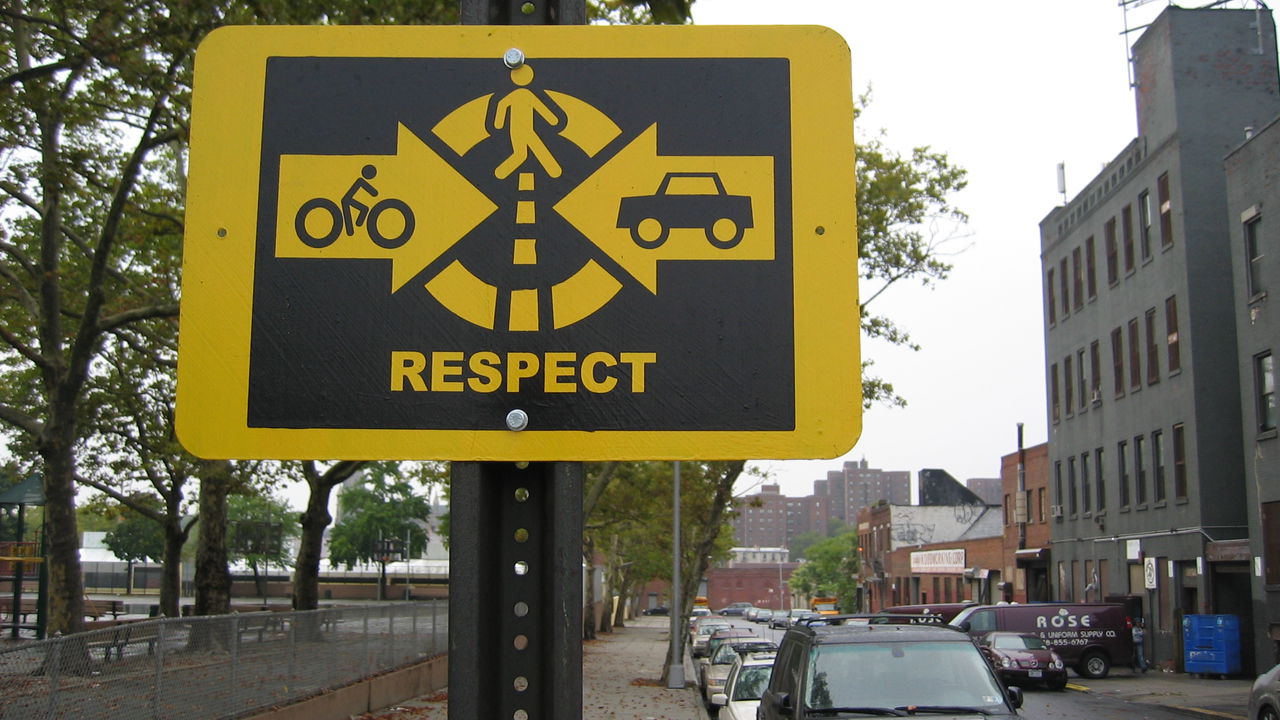 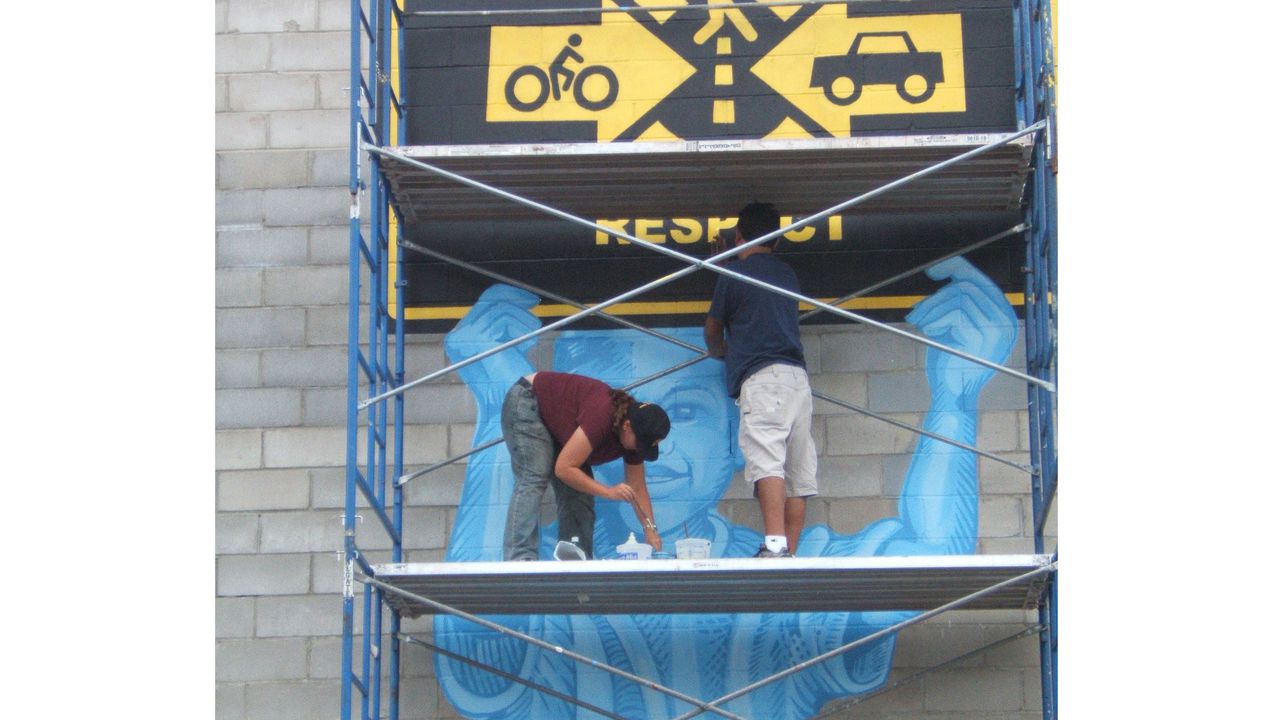 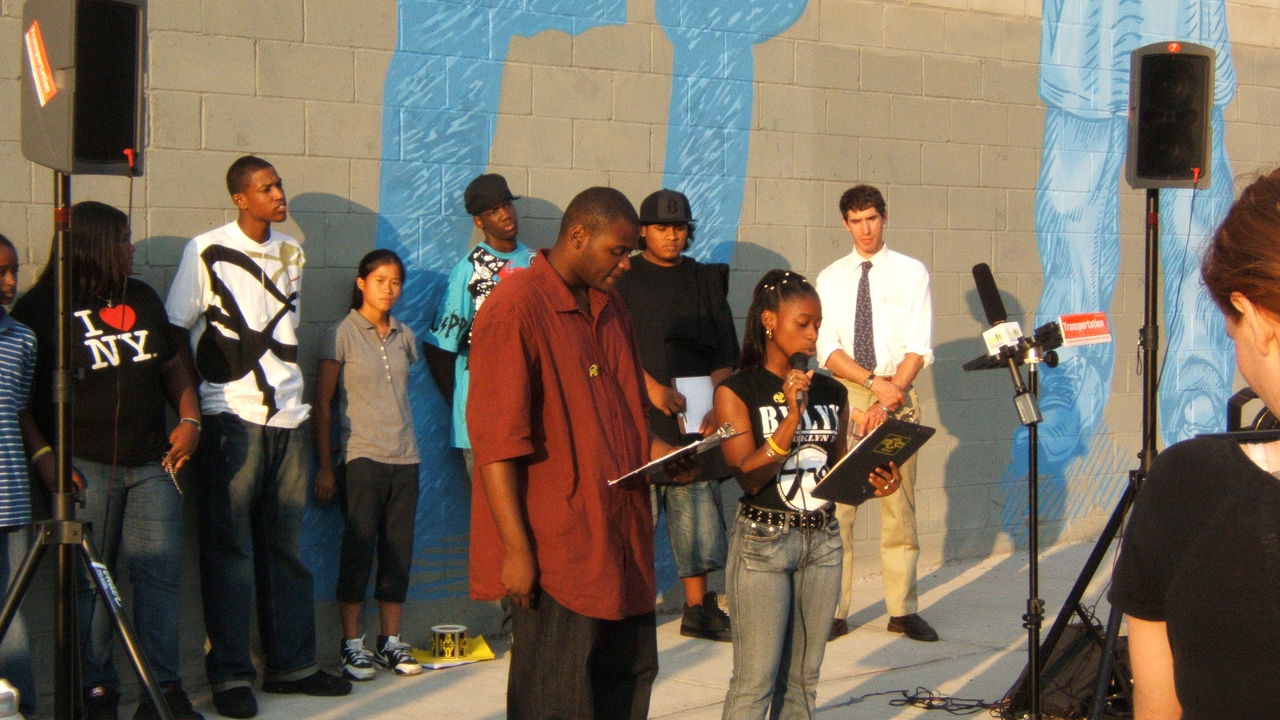 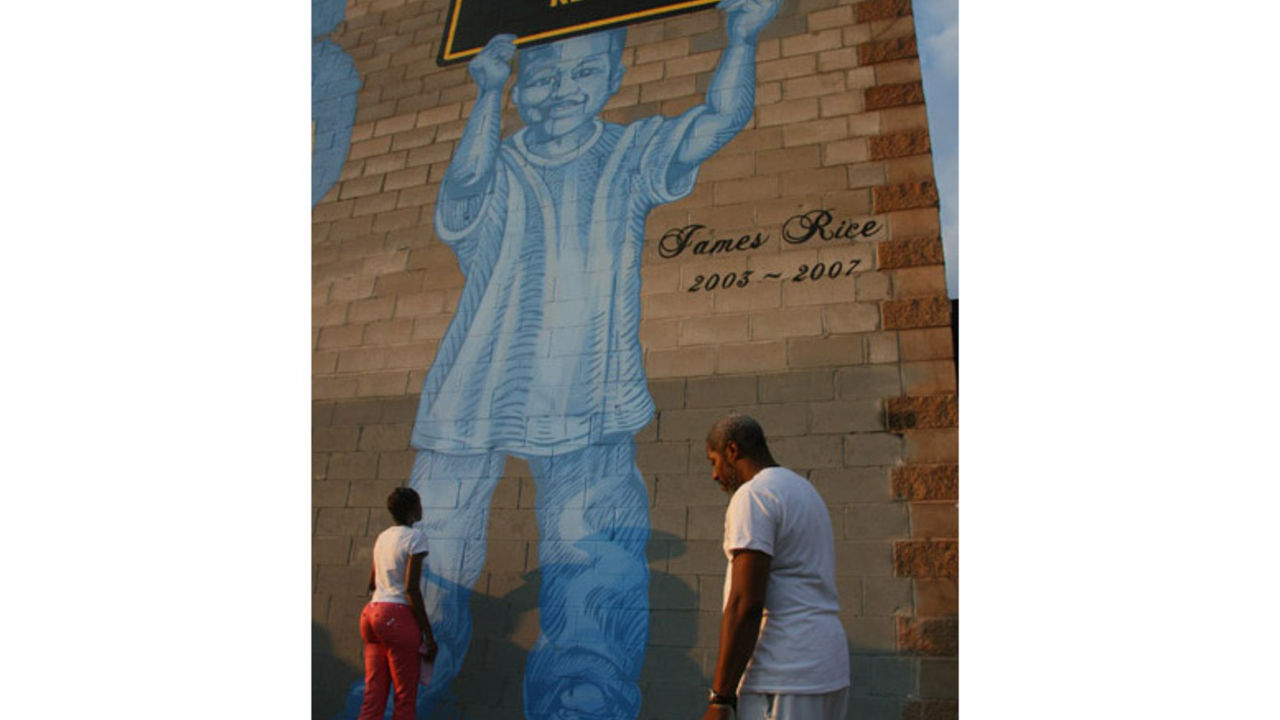 Youth participating in Groundswells Summer Leadership Institute created a large-scale mural and developed imagery for a community organizing campaign to reclaim neighborhood streets from sustained traffic-related deaths in Downtown Brooklyn. This campaign, led by Transportation Alternatives, included the creation of Not One More Death, a safety pledge/sticker campaign, and the development of a series of original traffic safety signs. Not One More Death memorializes three children who were killed by cars along 3rd Avenue. In the mural, a silhouette of an anonymous figure is also present, holding a sign which reads, Not One More Death. The combined efforts of the community organizing campaign led to a watershed dedication ceremony in August 2007. Artists, activists, politicians, victims relatives, and a New York City Department of Transportation representative all took to the podium under the mural to proclaim Not One More Death. DOT Senior Policy Advisor Jon Orcutt commended the mural and announced that construction on traffic calming measures had begun on the 4th Avenue corridor and would begin the following year along 3rd Avenue. He indicated that community organizing efforts were directly involved in making these changes happen. This collaboration was a major accomplishment for Transportation Alternatives and neighborhood activists and reinforced the power of art as a tool for social change.