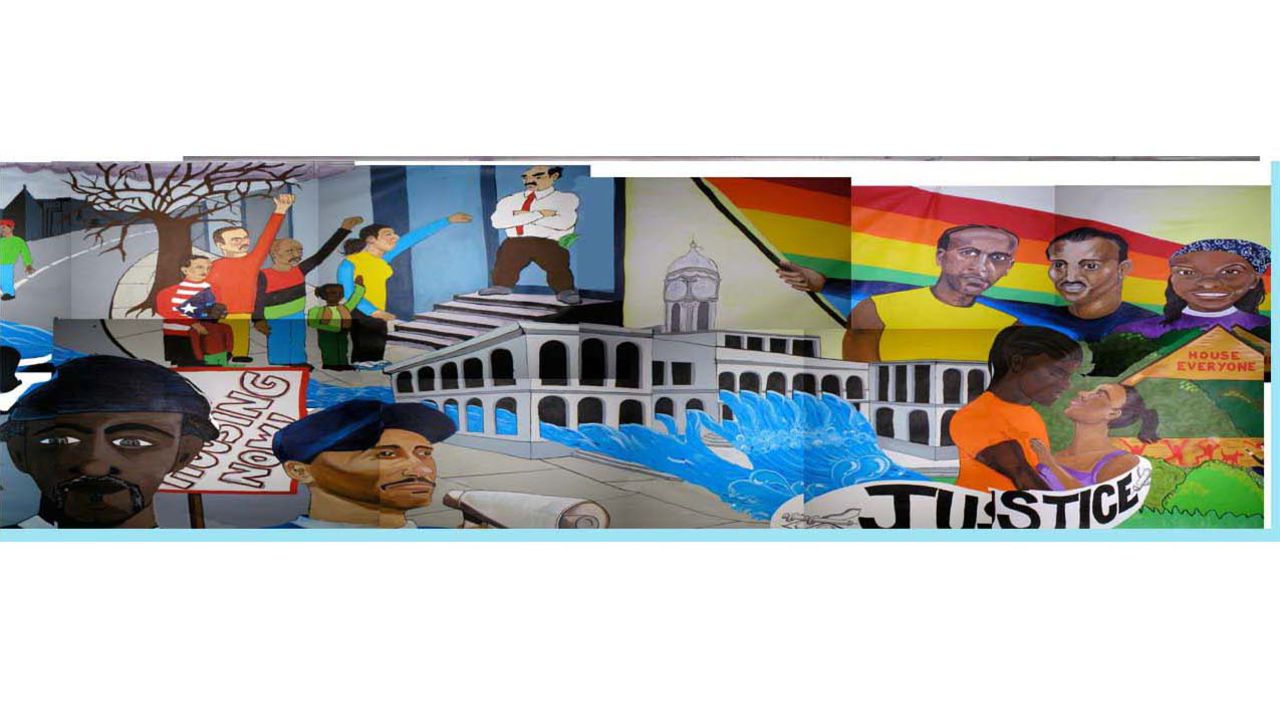 Groundswell youth artists participating in our Teen Empowerment Mural Apprenticeship (TEMA) program created a collaborative mural for the offices of the New York City AIDS Housing Network (NYCAHN). To launch the project, the apprentice muralists were first introduced to the history of mural making through slide presentations. They were then taken on a tour of New York City murals by veteran muralist Janet Braun-Reinitz. NYCAHN, whose office is close to Groundswells studio, was excited to be selected as a community partner for this project. The group of teen artists researched NYCAHN, first by learning more about HIV and AIDS, and then by participating in a large public meeting at NYCAHN. At this meeting, the TEMA apprentices led a discussion about what the members of NYCAHN would like to see in their mural. The meeting provided the youth muralists plenty of ideas for imagery to design the mural. The finished piece was created as a canvas banner and installed at NYCAHNs offices on 4th Avenue in Brooklyn. The mural expresses a passionate commitment to fighting for the LGBT movement, no matter how much resistance there may be.