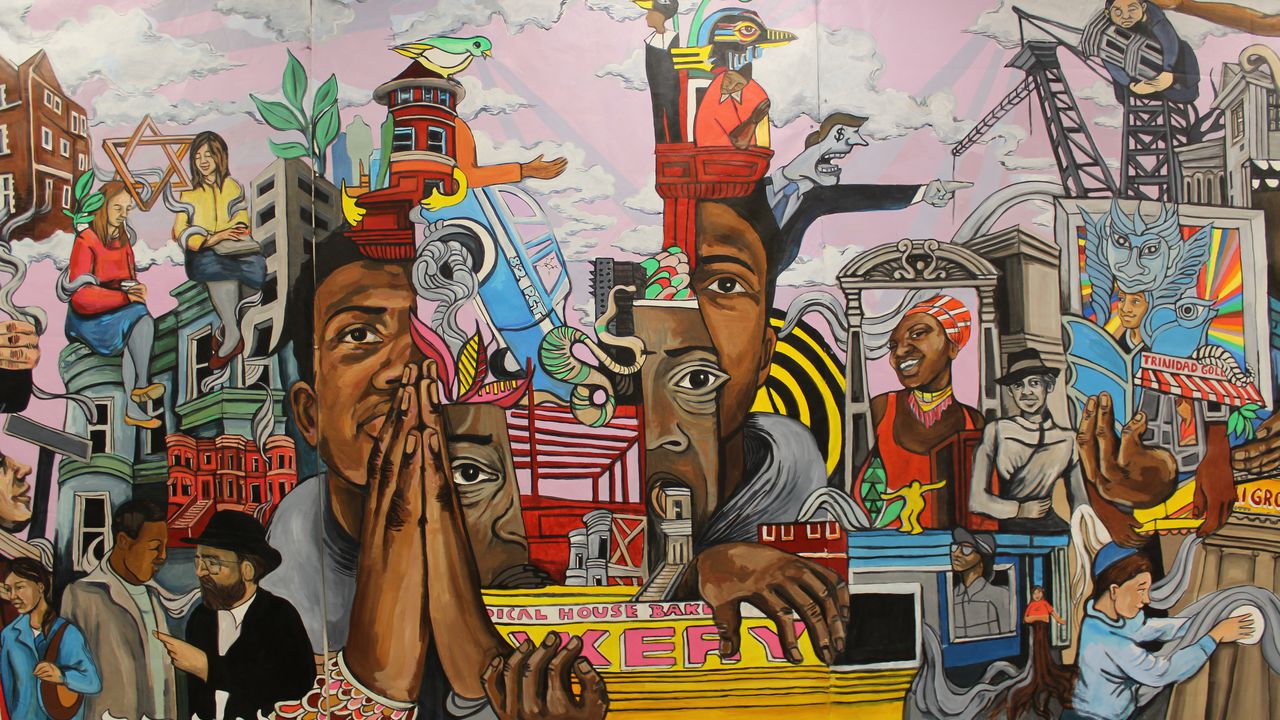 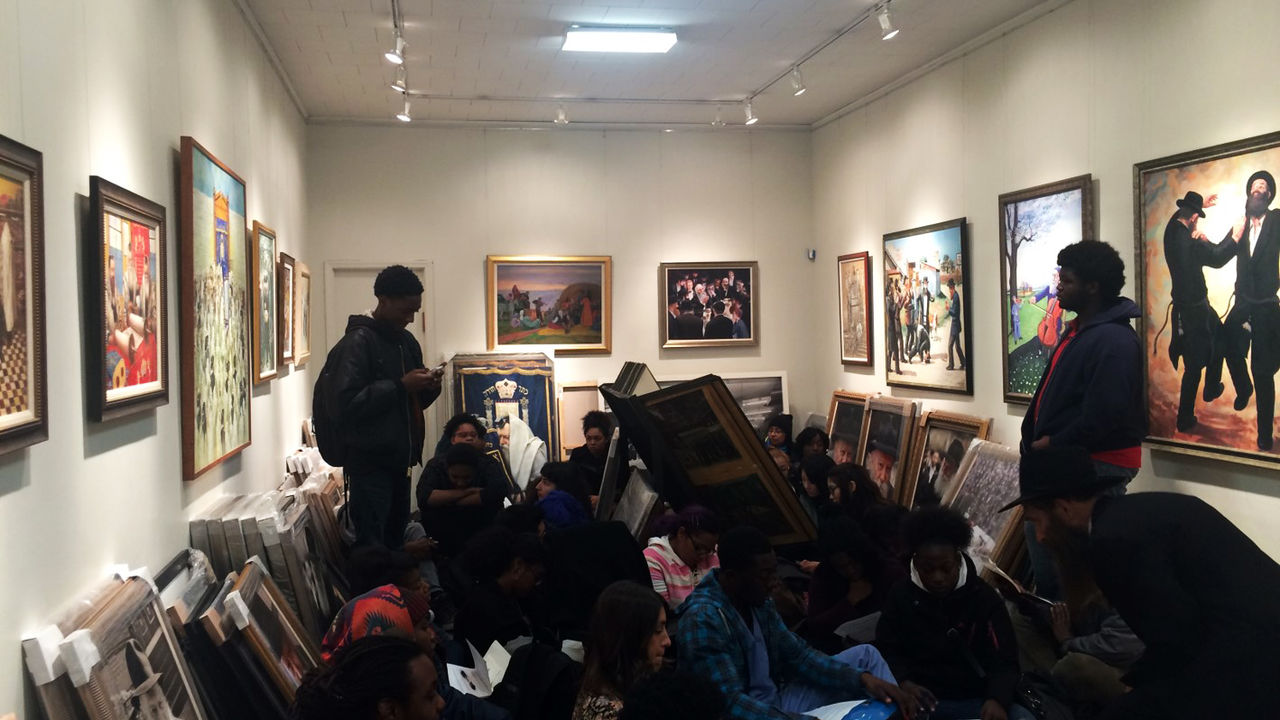 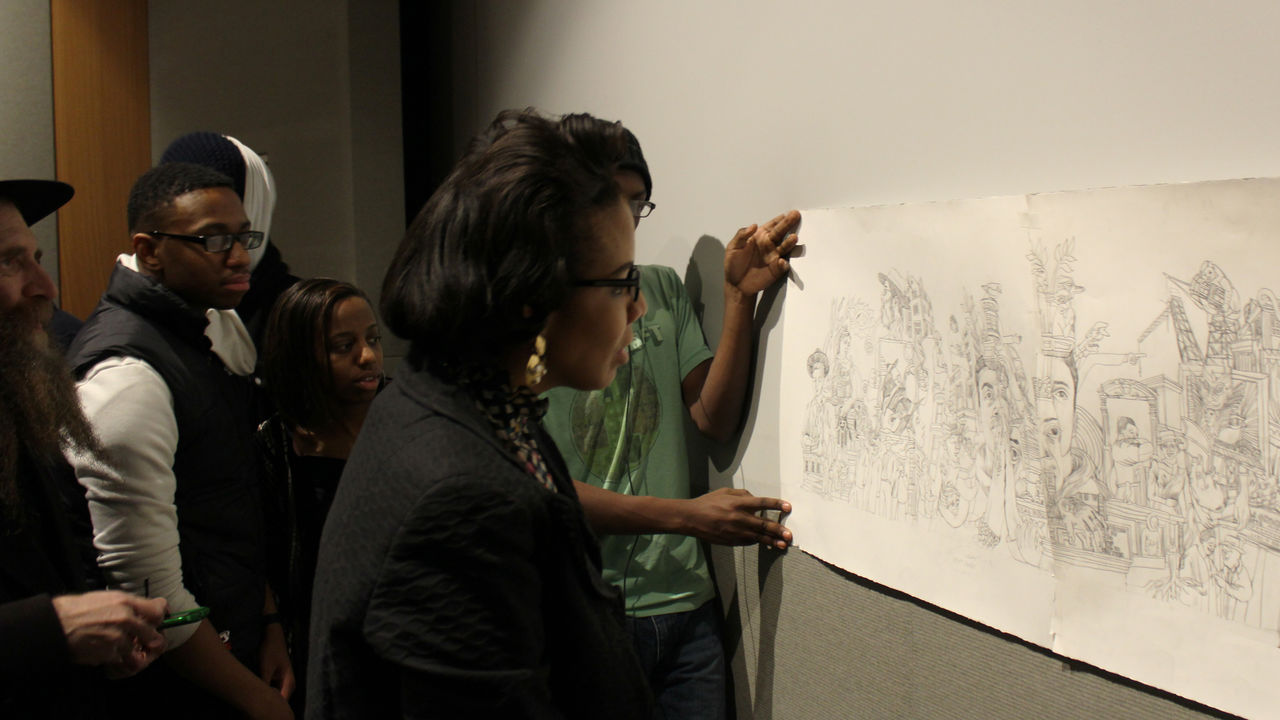 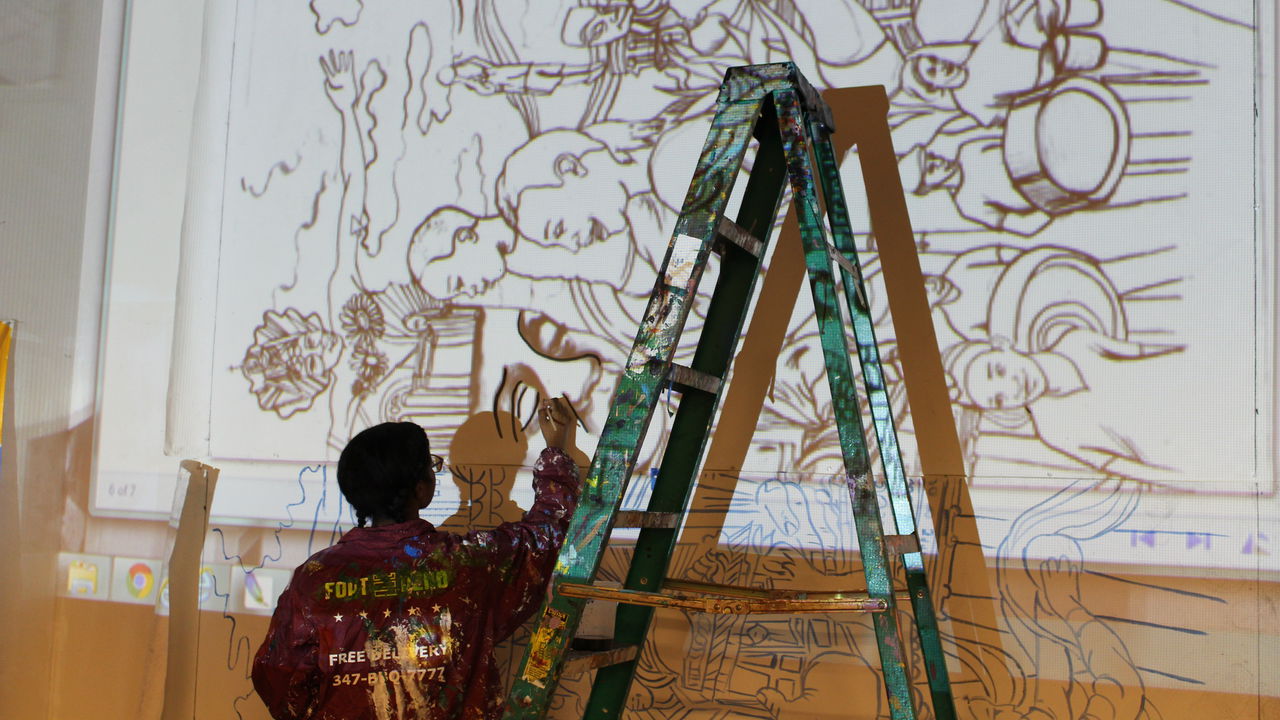 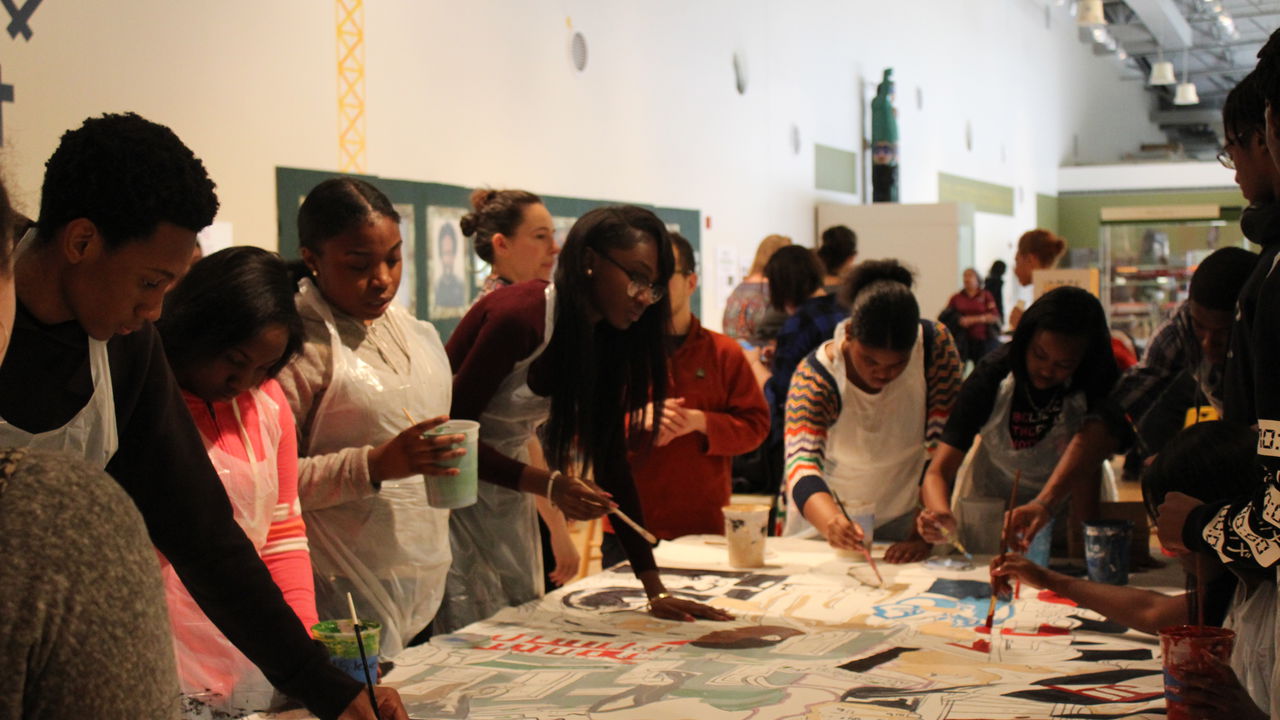 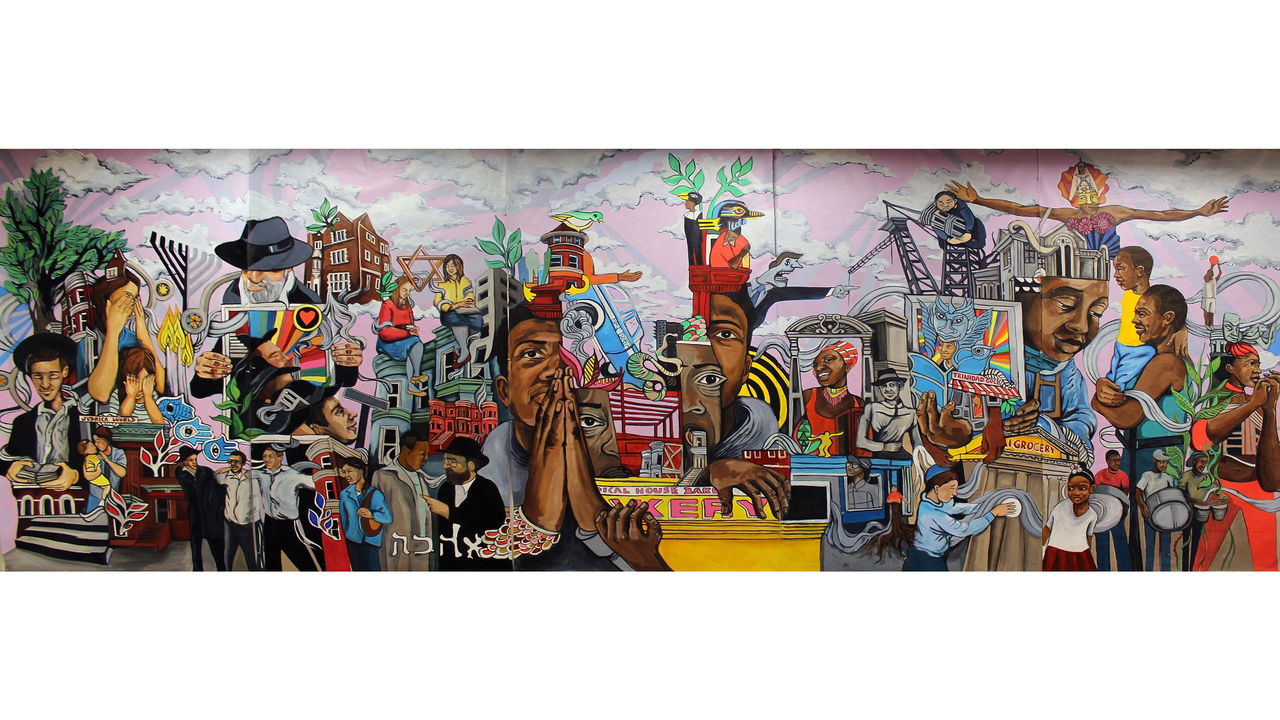 Over the course of the 2015-2016 school year, a team of young artists collaborated on a public mural addressing the current and future residents of Crown Heights in a time of both change as the neighborhood physically transforms, and reflection on the eve of historically significant events. The artists embraced a vision for One Crown Heights, while also recognizing and celebrating the significant, unique and diverse communities in Crown Heights, including West Indian, Hasidic, and newcomer/gentrifier communities. The mural has created a space for conversation between all Crown Heights residents, as well as highlighting commonalities across difference.

The mural centers on a portrait of one of the young artists who is from Crown Heights. He is in a hopeful pose. Resting on his head are images that compose a crown-like shape. This "crown" is made of parts of a Crown Heights apartment building, a figure from the neighborhood, a historic photo of a youth Labor Day Parade attendee, and a bird inspired by the Caribbean Brooklyn-born artist, Jean Michel Basquiat. The portrait is split and on the inside are a few images to represent structures that can fracture the identity of the neighborhood. An overturned cop car refers the violence and tension of the 1991 riots, and construction machinery represents the fear of new development, rising rents, and displacement.

On the murals left, a Hasidic man is holding a frame with men of his congregation, standing together in unity. The image was taken from a photo of men outside of 770 Eastern Parkway, the central headquarters of the Hasidic community. He is mirrored across the murals composition with a Caribbean woman on the right. She is holding a photo of a young man in costume for the Labor Day Parade, taken from the Brooklyn Historical Society's archives. She is honoring the tradition of this parade, and celebrating the significance Caribbean culture in Brooklyn History.

The composition of the design is meant to feel like a heartbeat, and the scale of the people and buildings zooms in and out to create a rhythm. Through their thoughtful mural, the youth artists capture the energy, vibrancy, history, and future of Crown Heights.