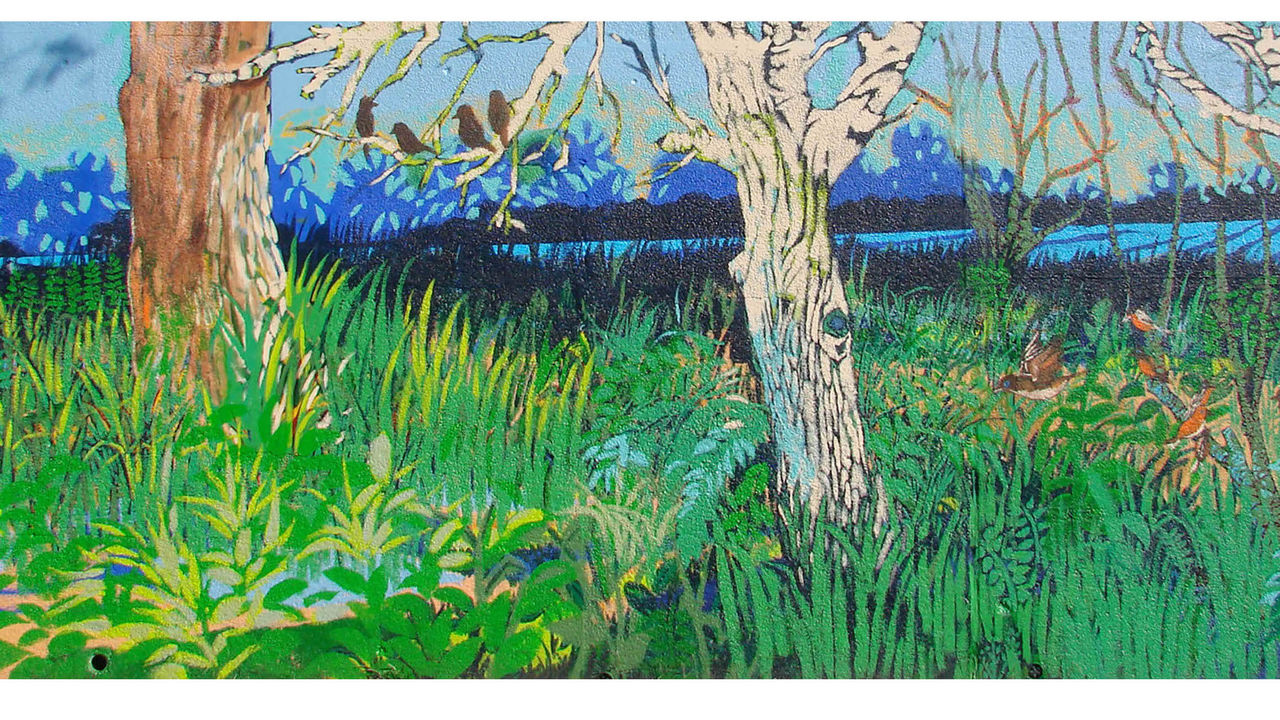 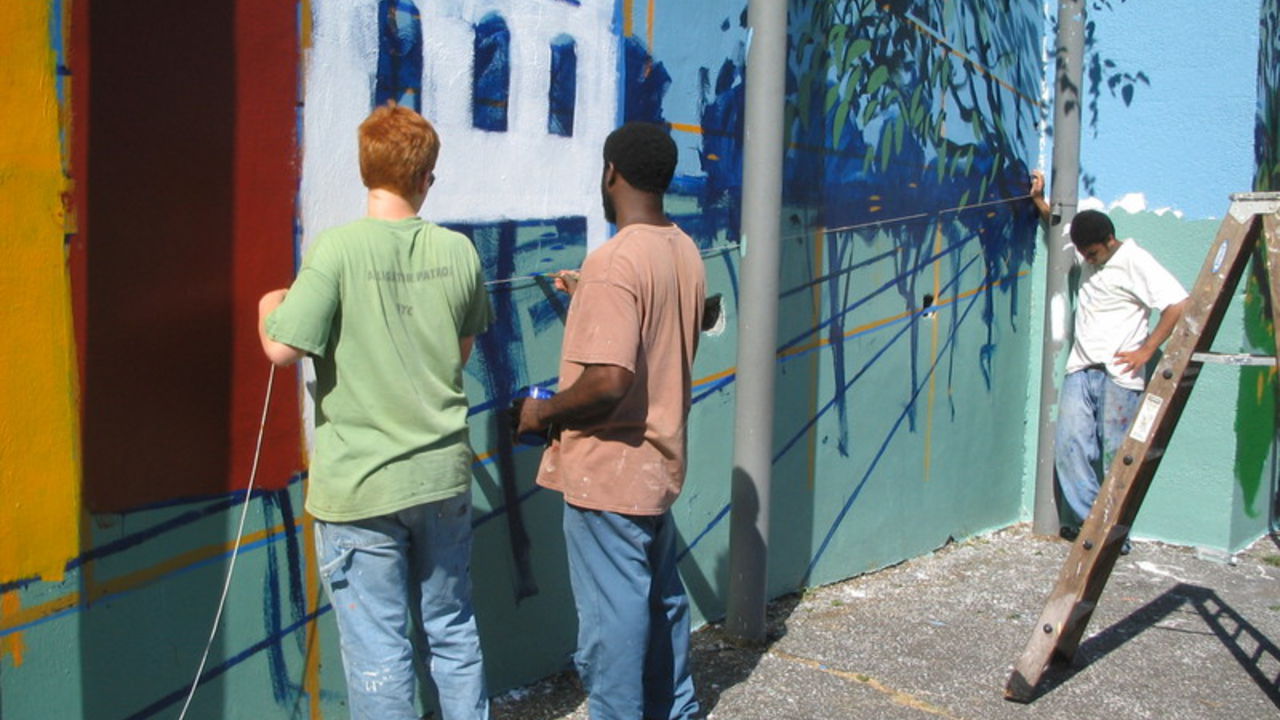 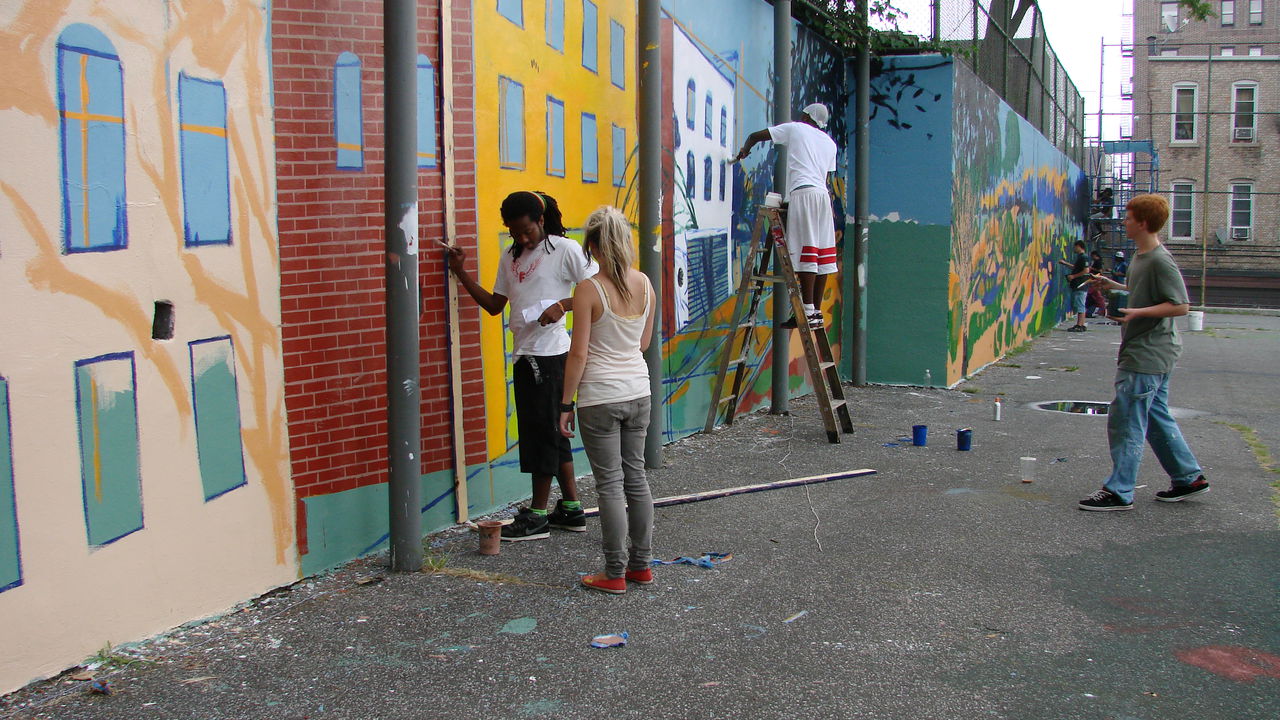 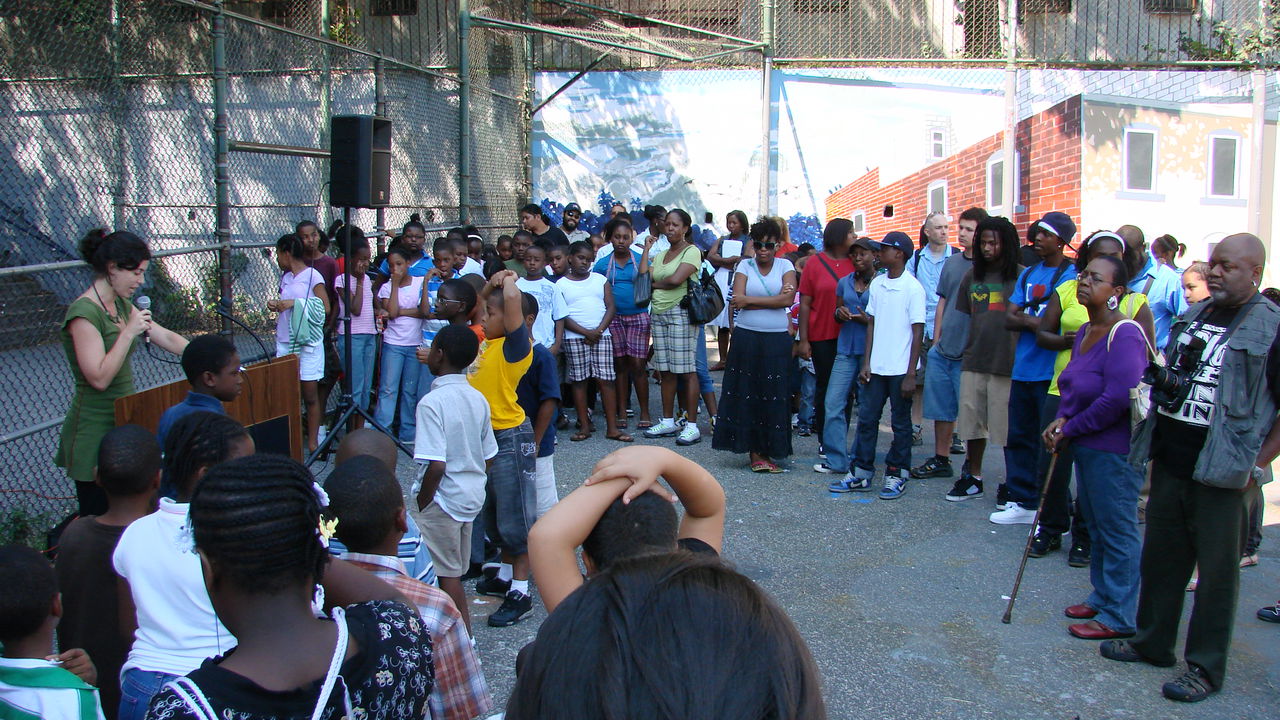 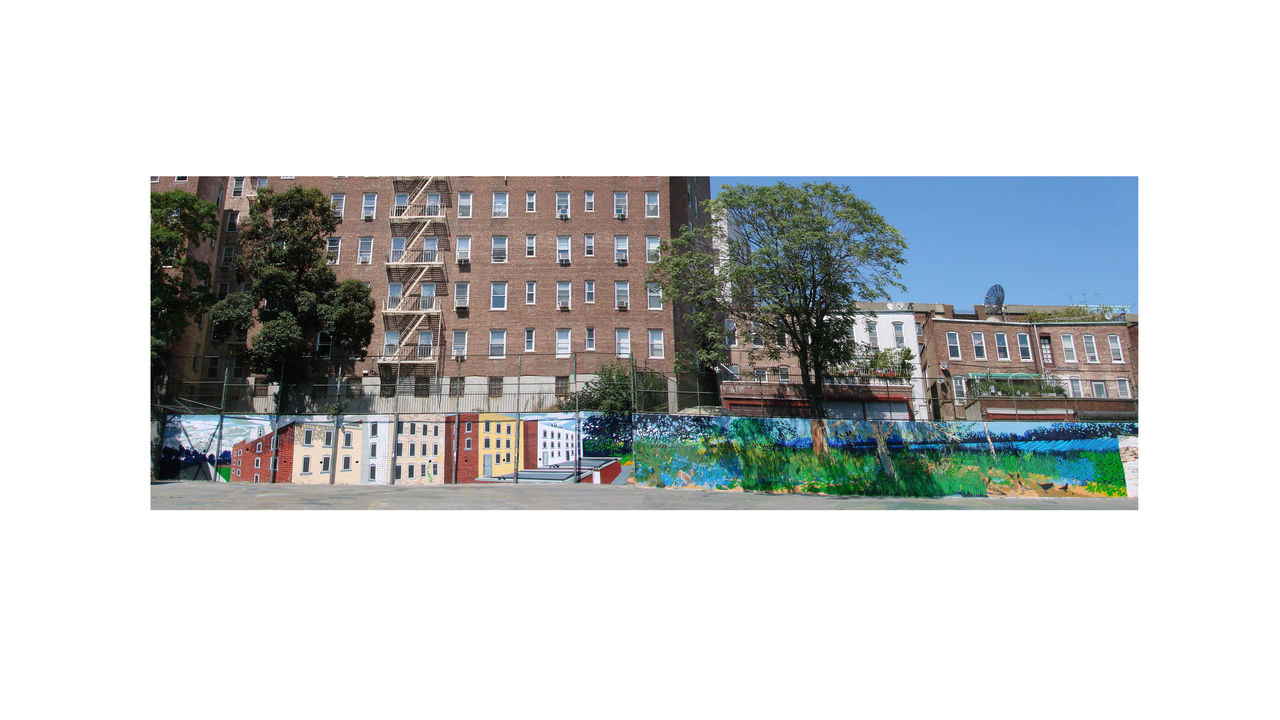 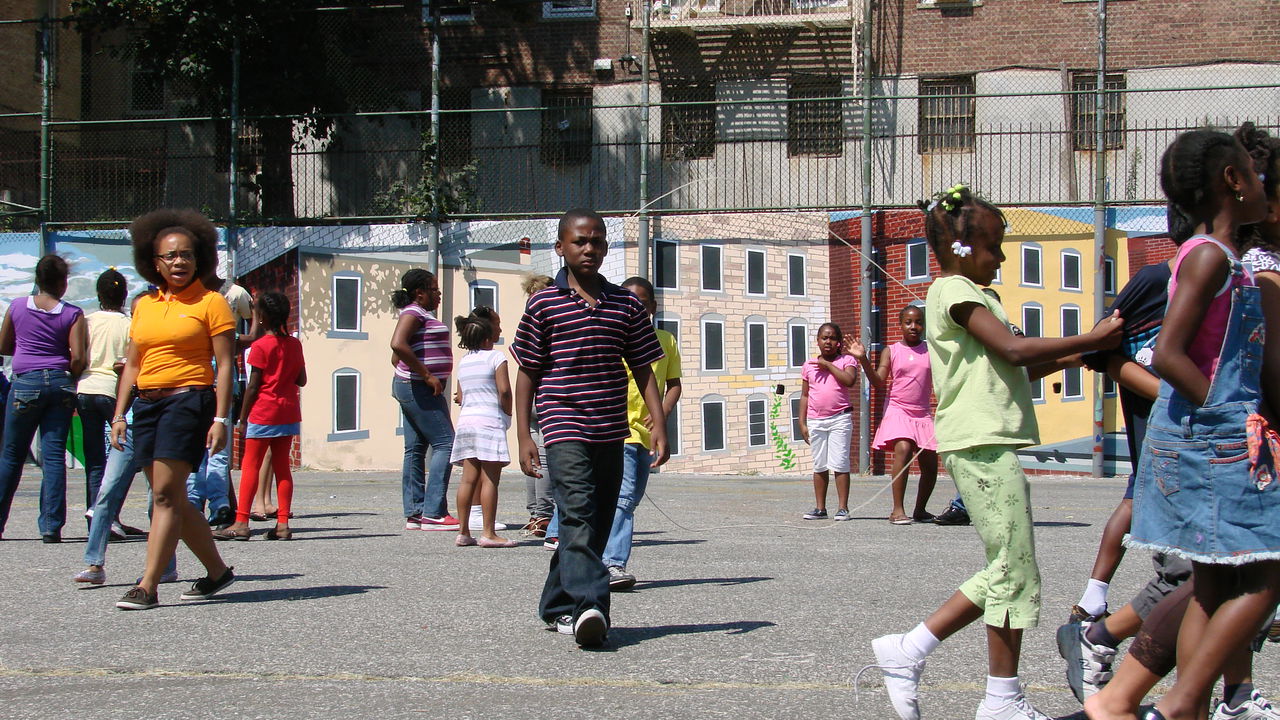 As part of our Summer Leadership Institute 2008, Groundswell continued our ongoing partnership with The Trust for Public Land (TPL) to create a large-scale mural as part of TPLs redesign of PS 221s playground in Crown Heights, Brooklyn. The Trust for Public Land re-designs and transforms run-down or underused public spaces in New York, turning them into parks that become community assets. Reaching New Heights addresses the importance of creating accessible green spaces in the city. The bio-diversity depicted in the mural reflects the diversity of Crown Heights as a community. The mural celebrates nature and highlights the importance of green spaces in heavily built-up urban areas. In the mural, the imagery of trees, plants, and birds also showcases nature as a metaphor for a vision of the communities of Crown Heights living in harmony and balance. The panoramic canvas is designed in such a way that the first half of the 160-foot wall features the backs of the buildings flanking the courtyard. This area is overcast by stormy clouds. The second half features a park where the sky is clear with glistening sun rays.