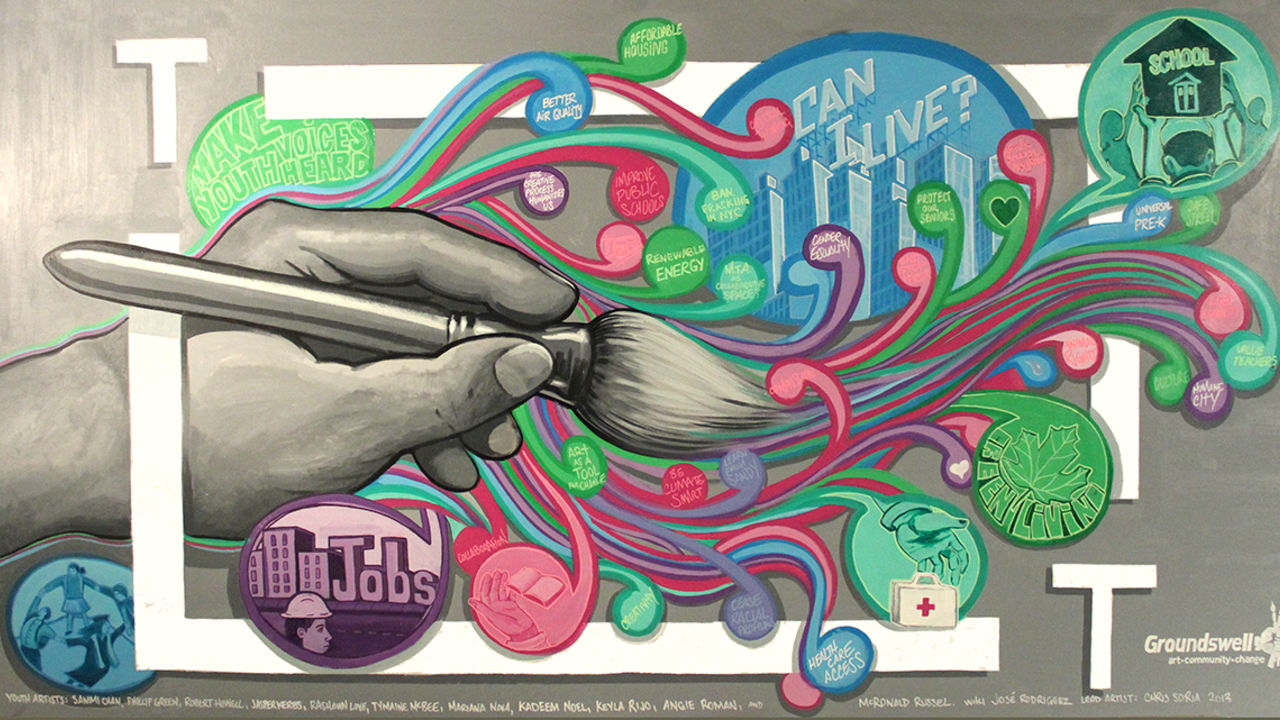 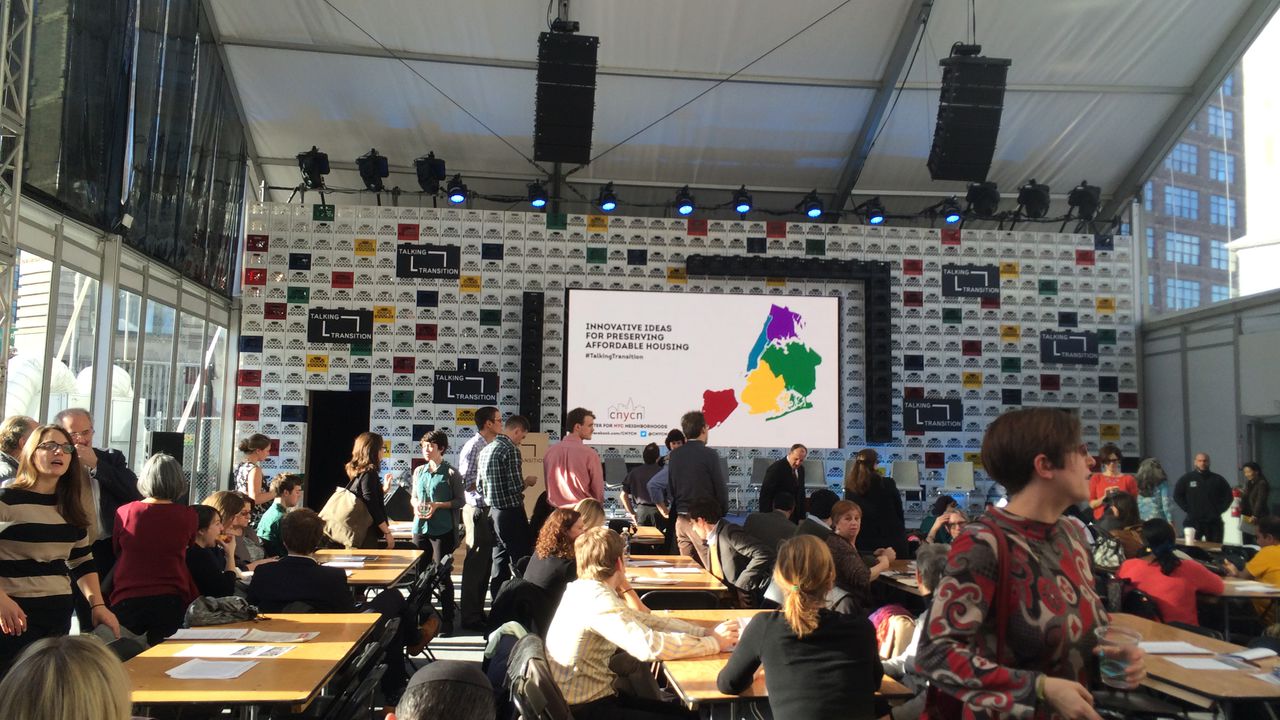 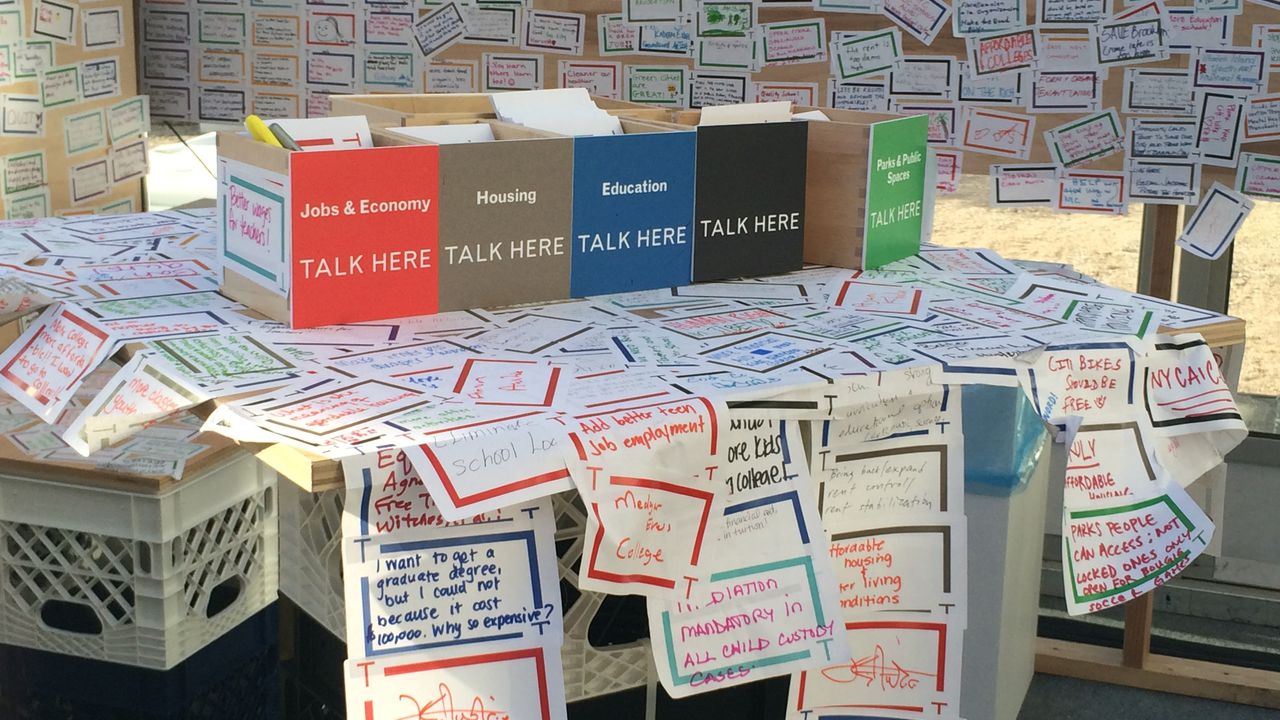 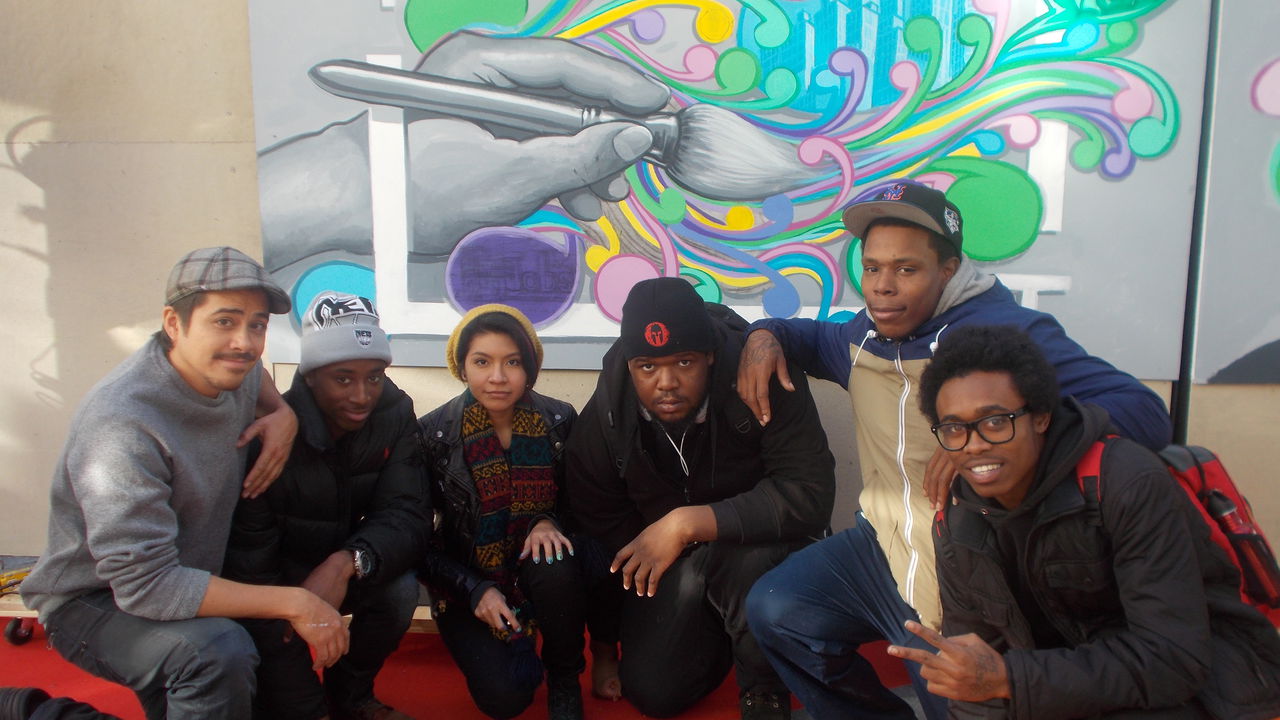 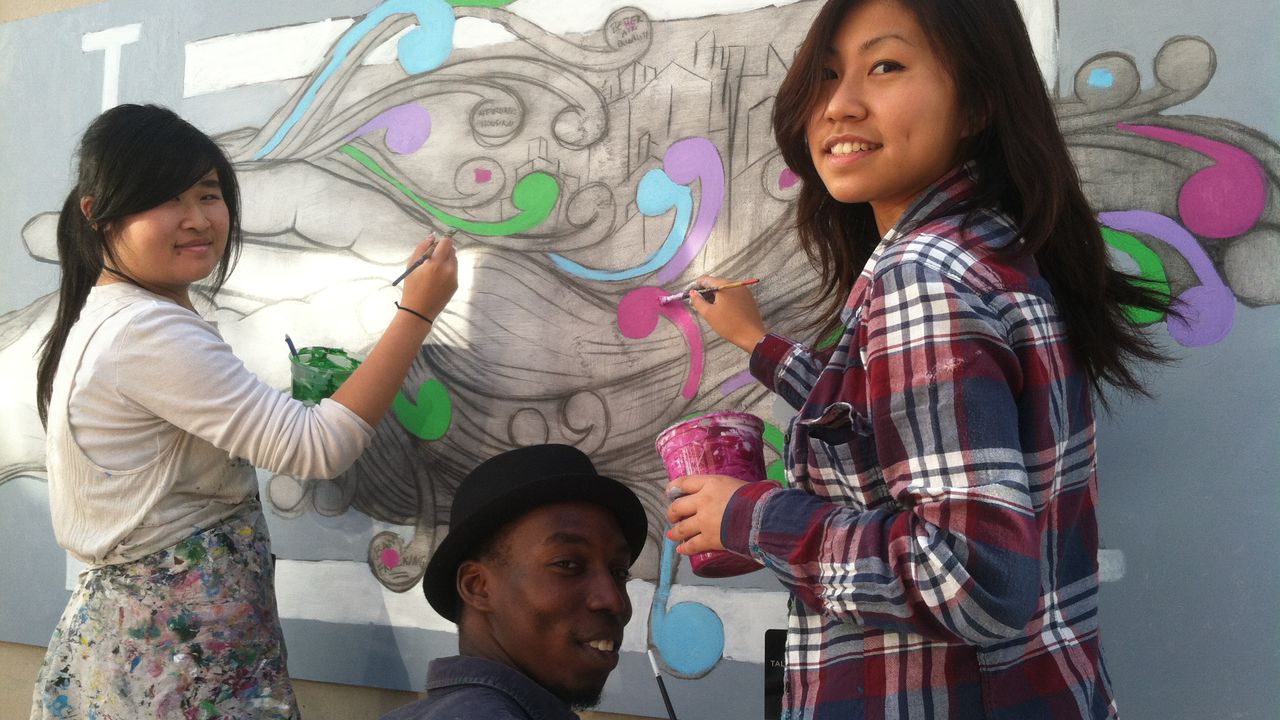 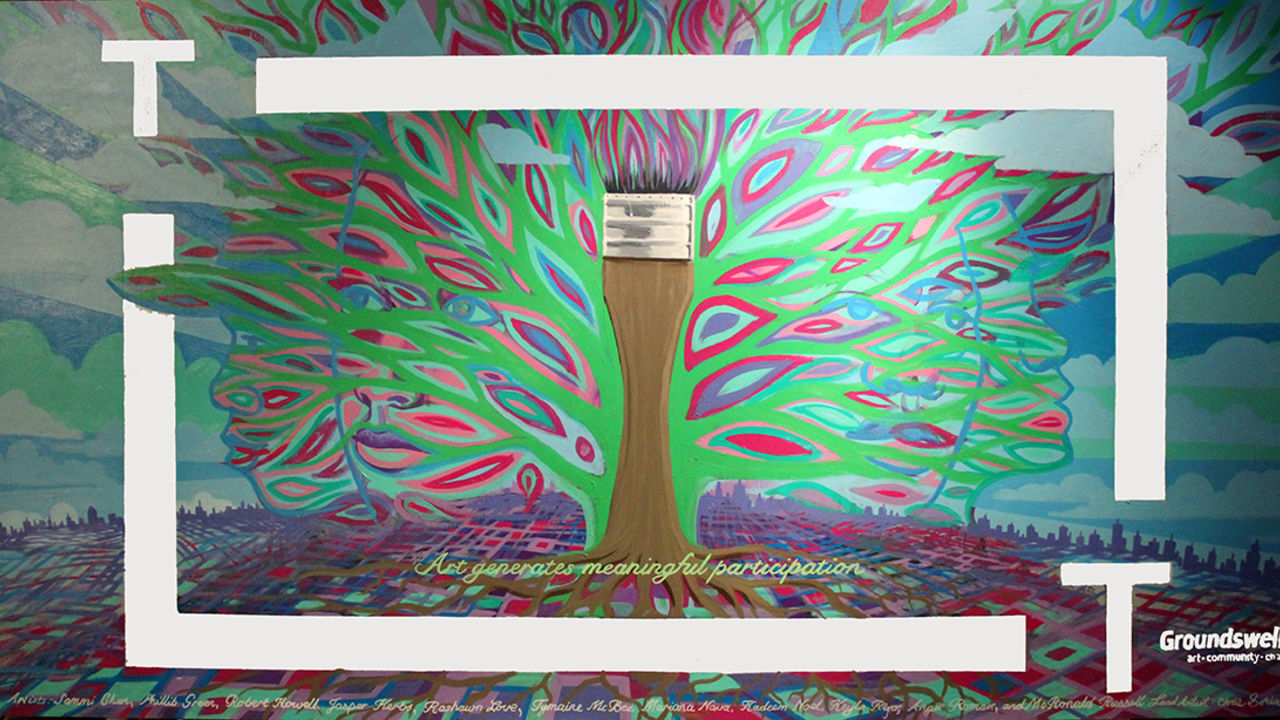 For two weeks in November of 2013, an enormous white tent was erected at the corner of Varick and Canal Streets in downtown Manhattan as part of a pioneering civic forum under the name Talking Transition to open up a discussion on the future of New York City as it elects its new mayor, Bill de Blasio. As part of Talking Transition, Groundswell led a two-week collaborative mural design process. This process enabled Groundswell to engage a broad segment of New Yorkers in envisioning how art and culture can help create a better city for all New Yorkers. The process kicked off with a youth-led artmaking workshop. Through hands-on artmaking, families and young people were invited to contribute their ideas and visions for how they would like to see art used as a tool for positive tranformation in their communities. Using the drawings, poems, and ideas generated during this workshop as a springboard, Groundswell youth artists created two mural design sketches. The mural design and painting process was transparent and open to the public, offering another opportunity for visitors to the tent to contribute their input. In the murals, a more equitable New York City is literally painted into existence through the collective work of artists, activists, youth, nonprofit organizations, and city agencies. When finished, the mural panels were installed permanently at the Brooklyn Community Foundation's main office.