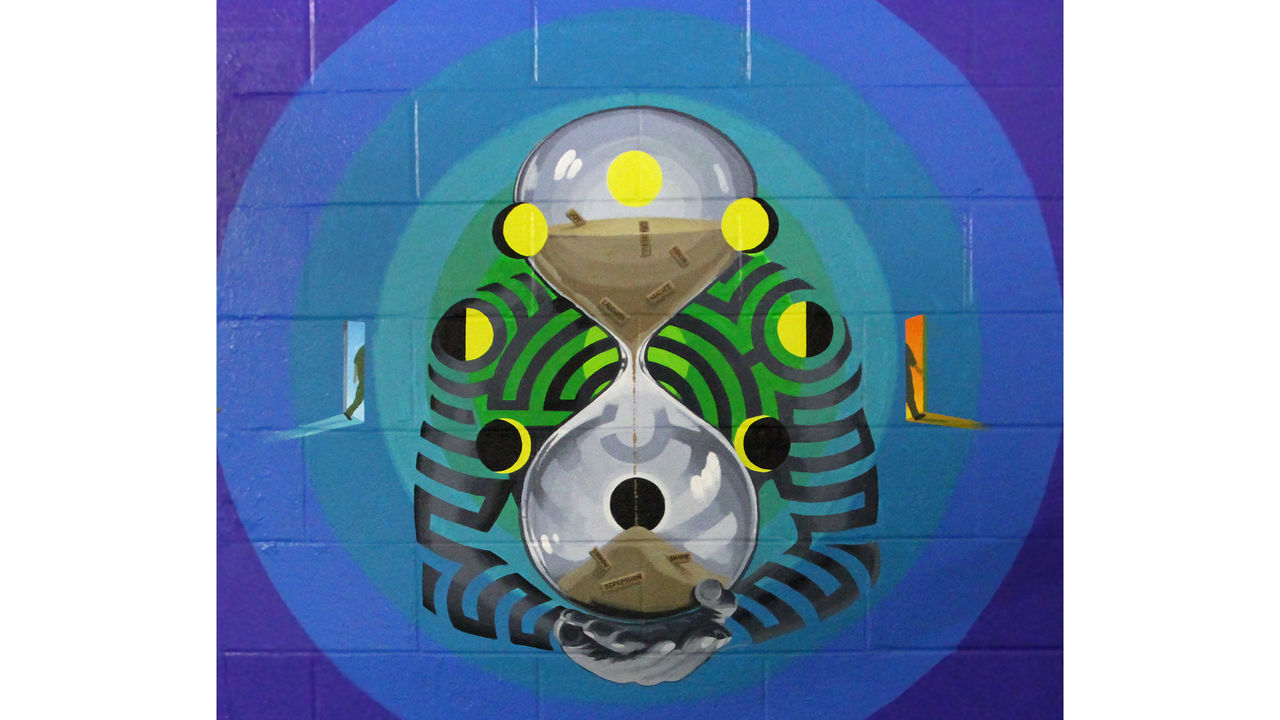 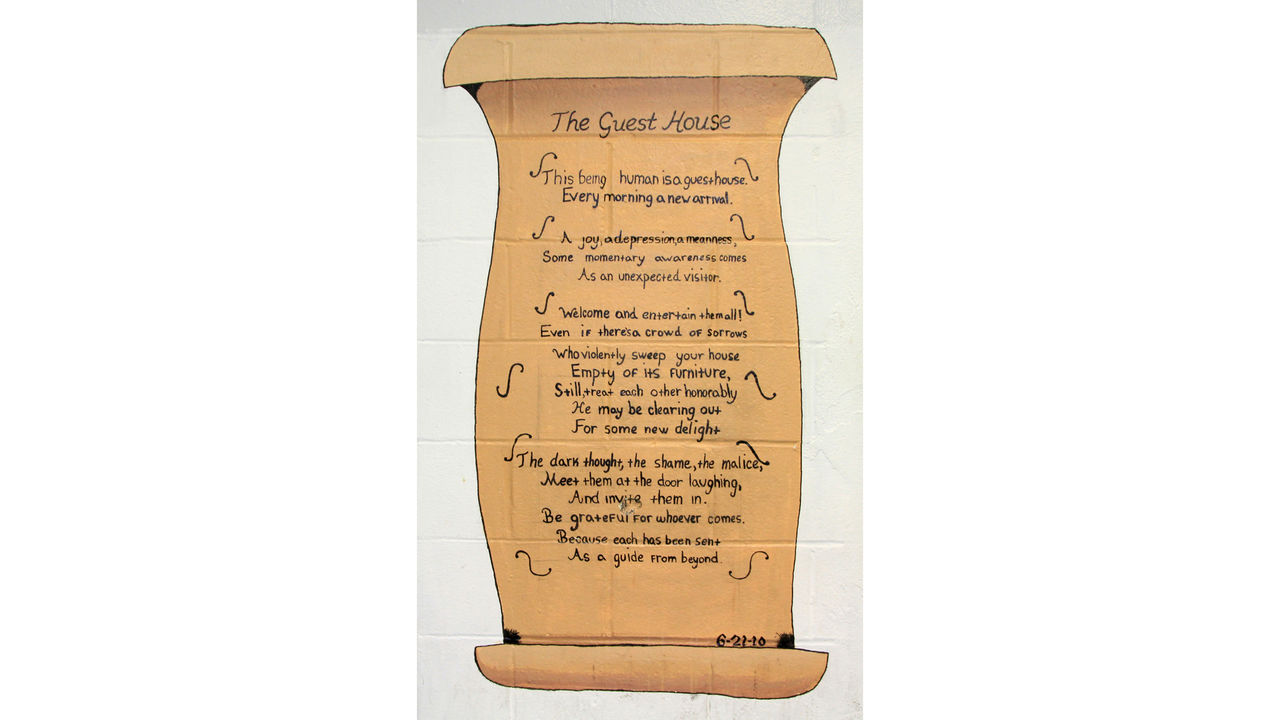 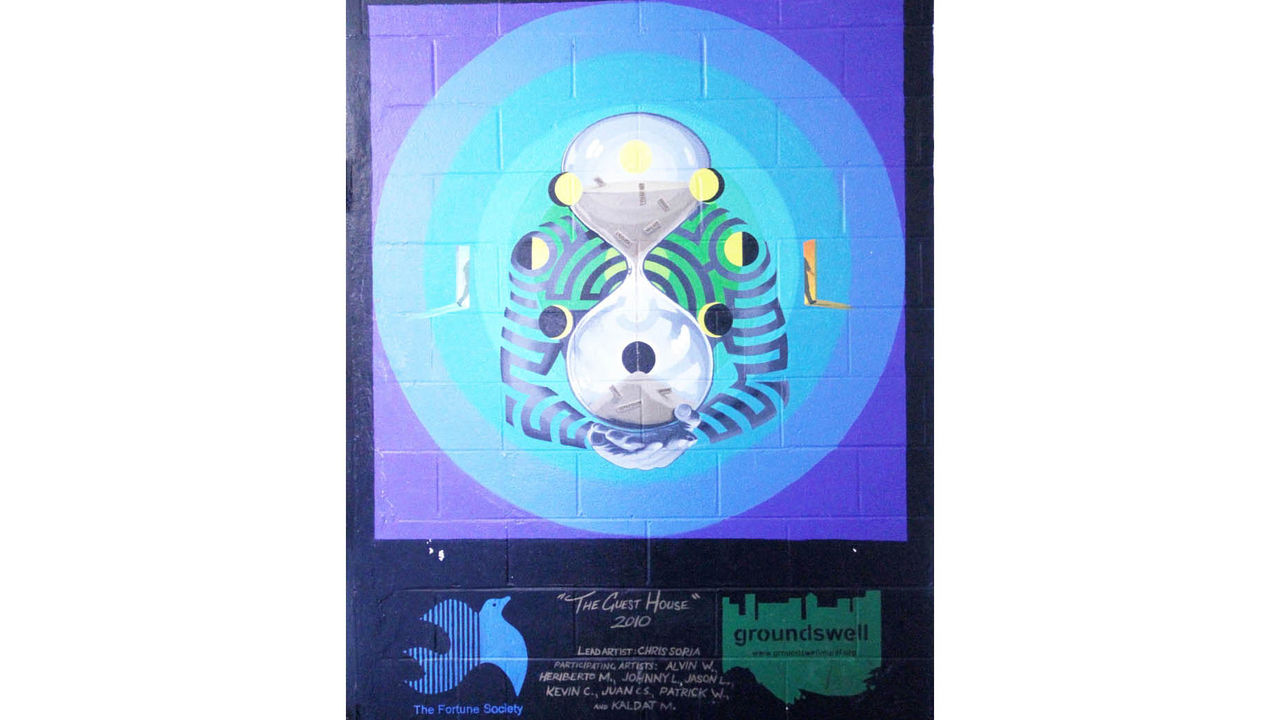 Ten Rikers Island inmates created a large mural based on the poem The Guest House by Rumi on the wall of the Eric M. Taylor Center at Rikers Island. Based on ideas brainstormed during a discussion of the poem, the mural team compiled imagery into a visual reference dictionary. Participants made drawings based on the references and transformed them into the final design for the mural. While painting, participants were introduced to techniques such as gridding, mixing colors, applying paint, layering, and rendering shadows and highlights. The mural depicts a labyrinth which reveals the shape of a man. In his arms, he holds a large hourglass through which sand pours. In the sand are small bricks inscribed with words from the poem, including joy, depression, awareness, sorrow, honor, shame, malice, and laughter. A vibrant aura radiates from the center of the labyrinth-tattooed man. This project allowed the inmates to contribute in an artistic and thoughtful way to their surroundings.