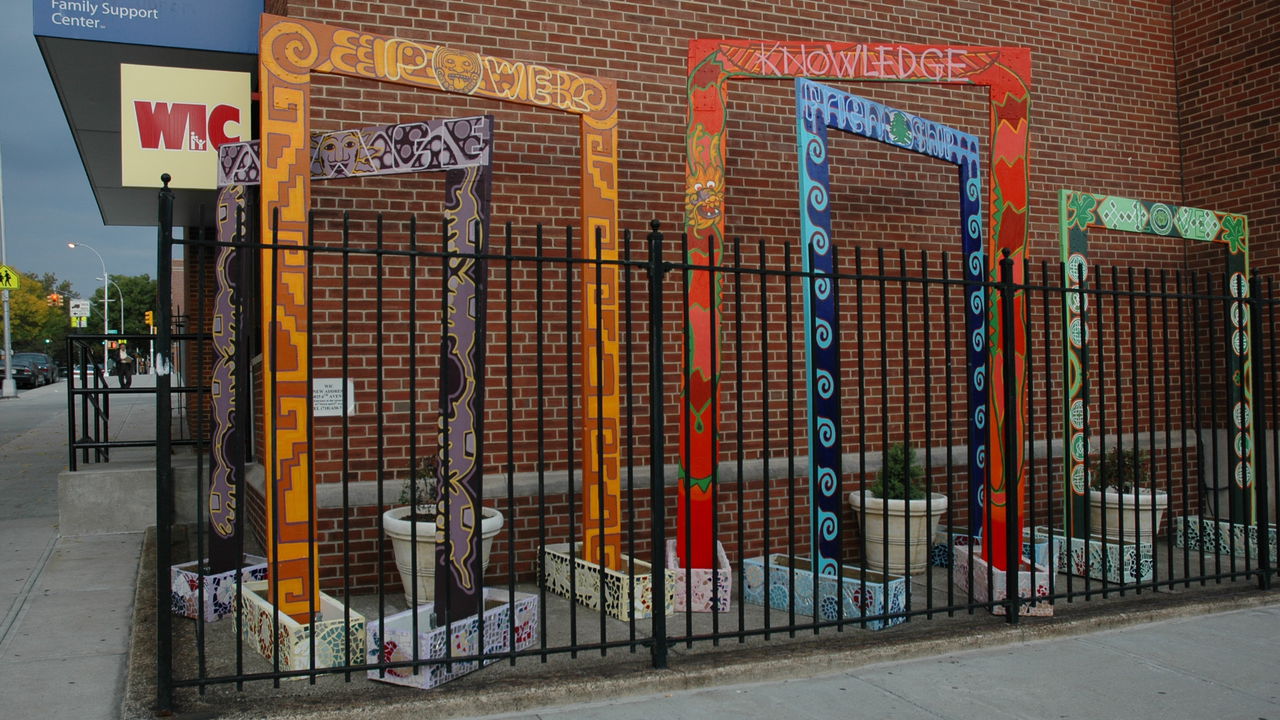 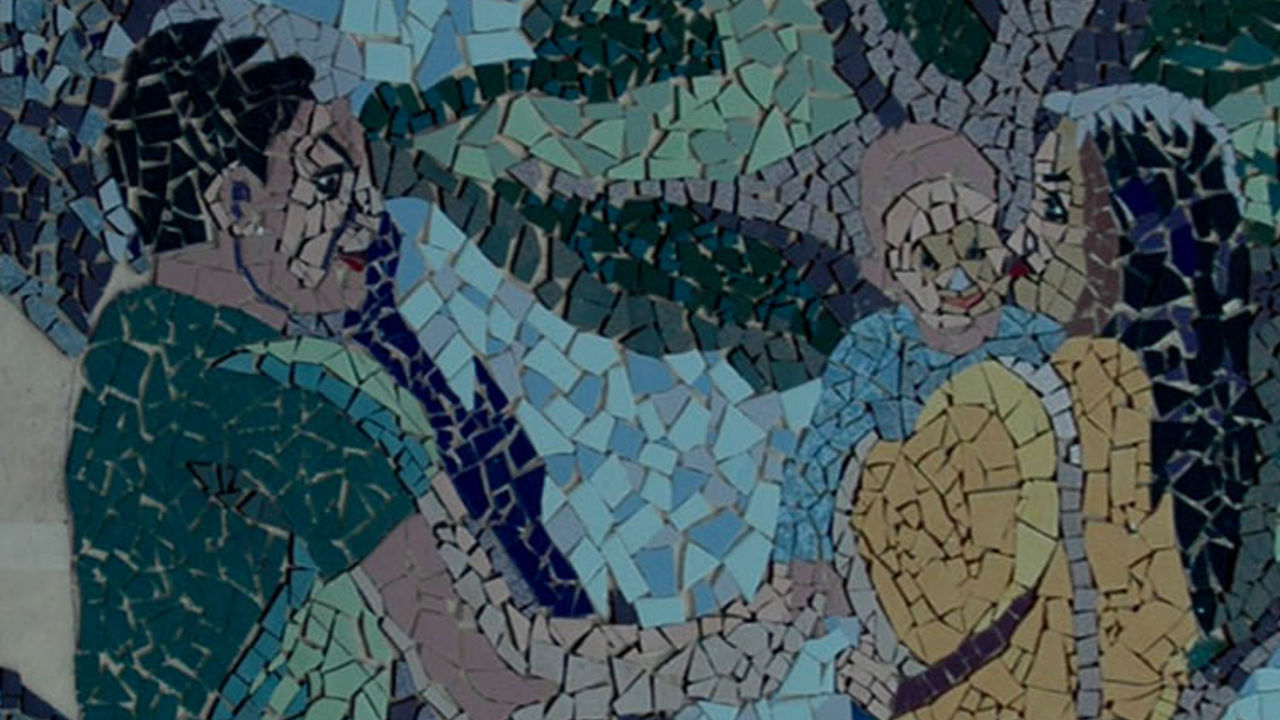 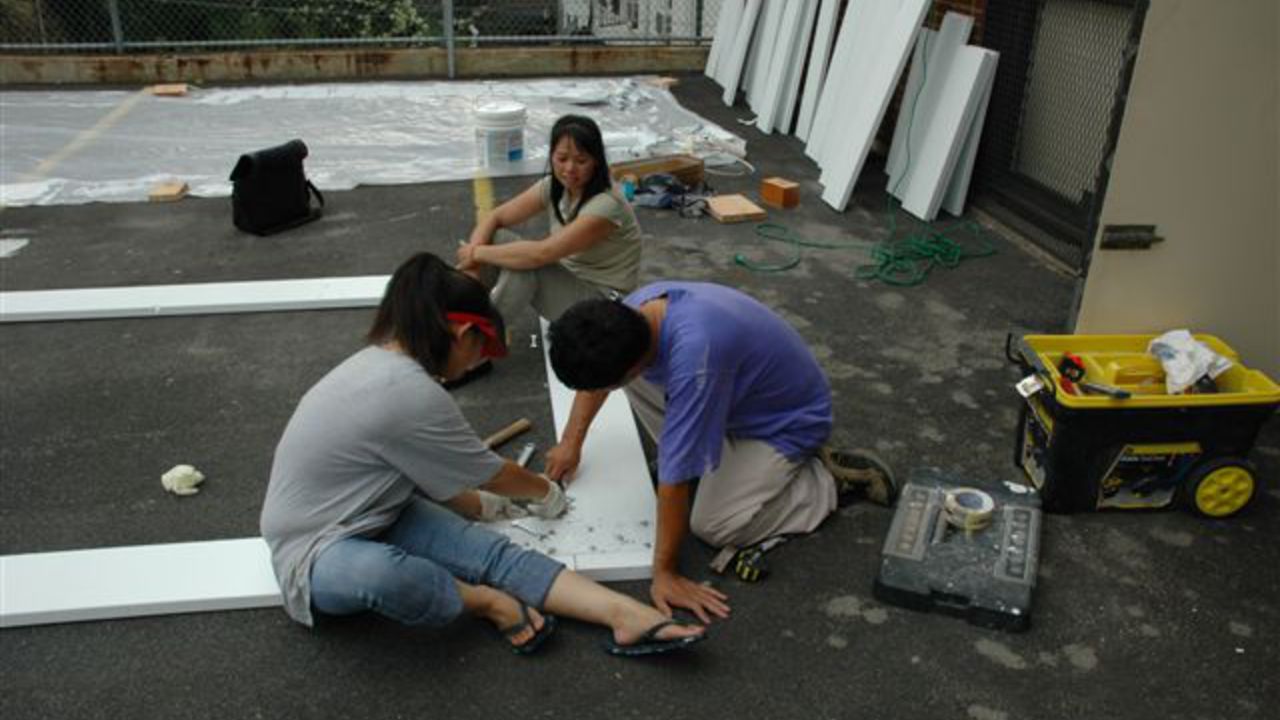 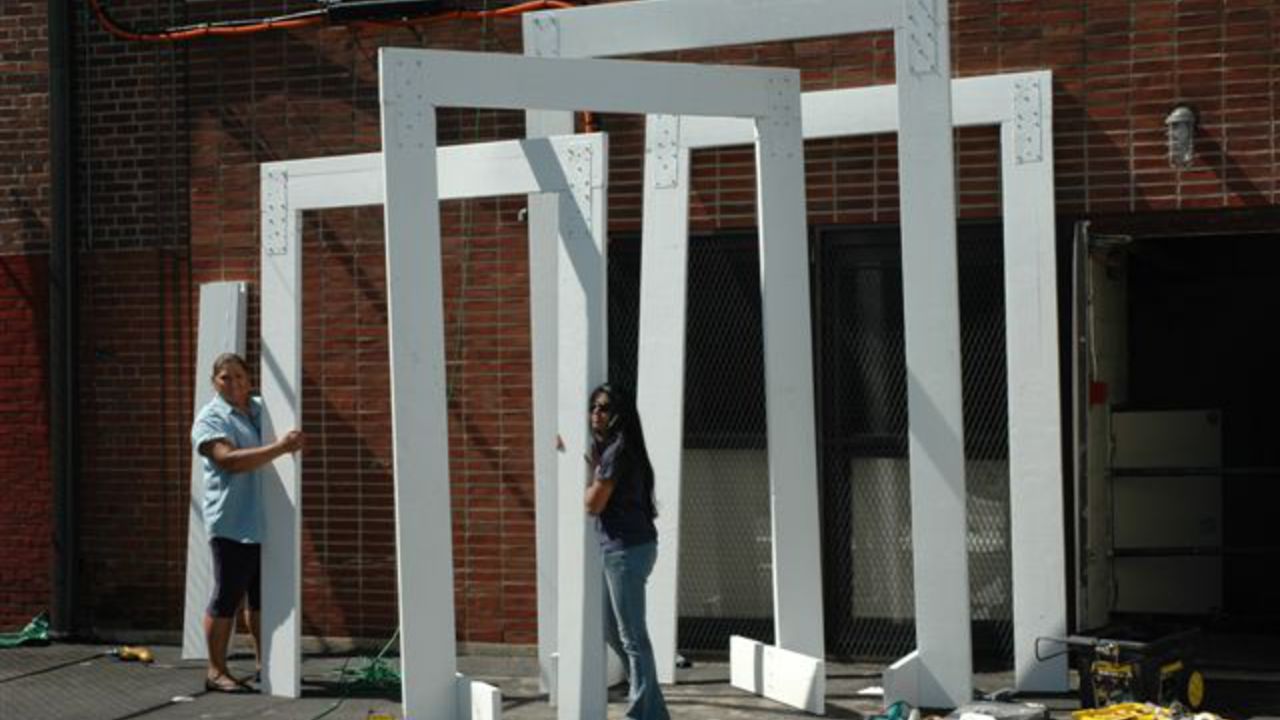 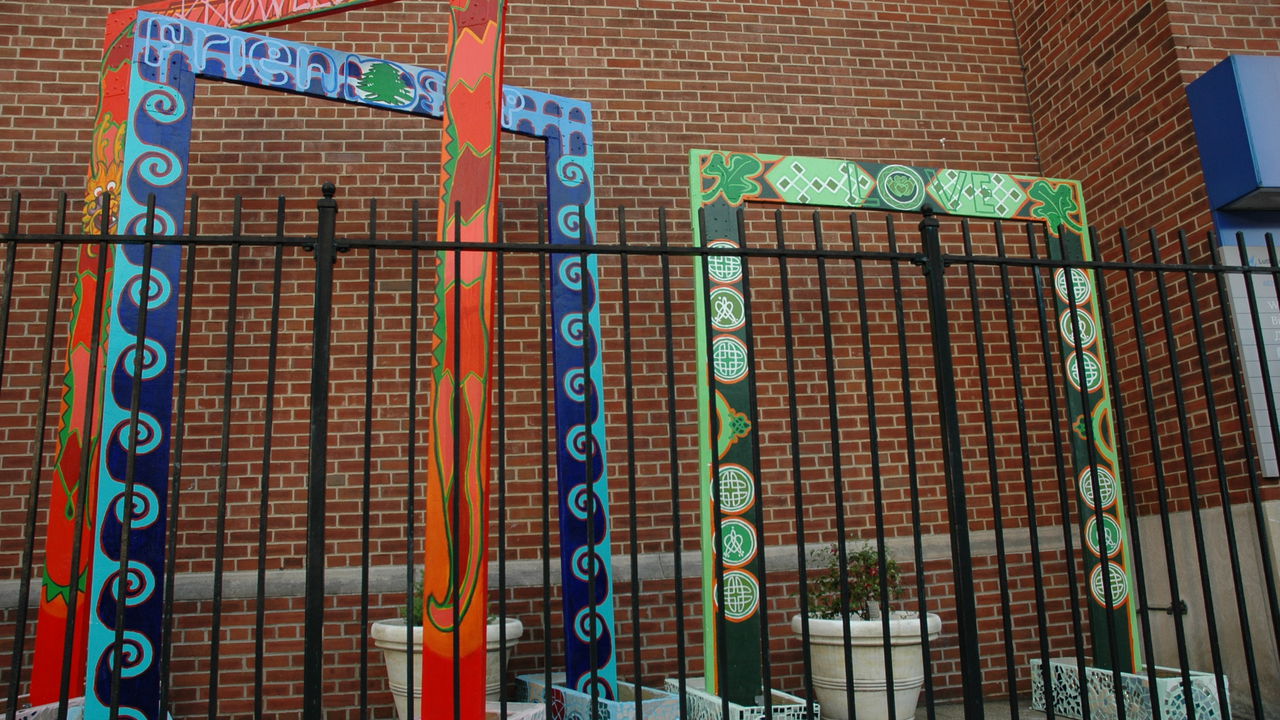 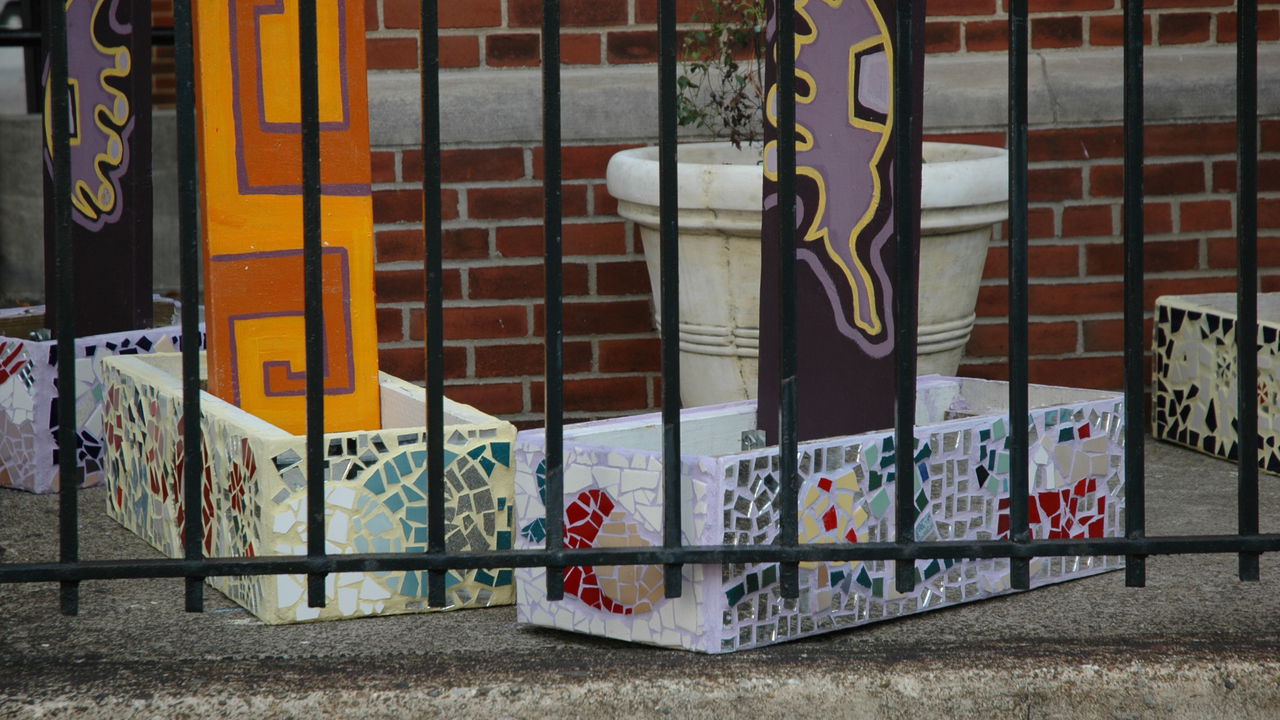 Unity Arches is a series of five wooden arches with varied dimensions created for Lutheran Medical Center and its Family Health Centers' Family Support Center. All five arches are stabilized with wooden bases decorated with mosaic tiles. The original vision of the project was to create a mural along the perimeter of the Centers parking lot, painted on plywood and installed along the lot's fence. The mural design would celebrate the benefits of the Center to the local community. The community sharing of the proposed mural, however, raised controversy among local residents. While the mural was intended to show unity, a divide arose among residents who approved of the project and those who didn't want to see a mural on their block. The conflict over the mural became an important element of the final project. The group was forced to rethink their ideas based on the feedback received at the community meeting. The project inspired all participants to both stand up for what they believe in and realize a great deal of untapped creativity.