We Rose Above the Challenge 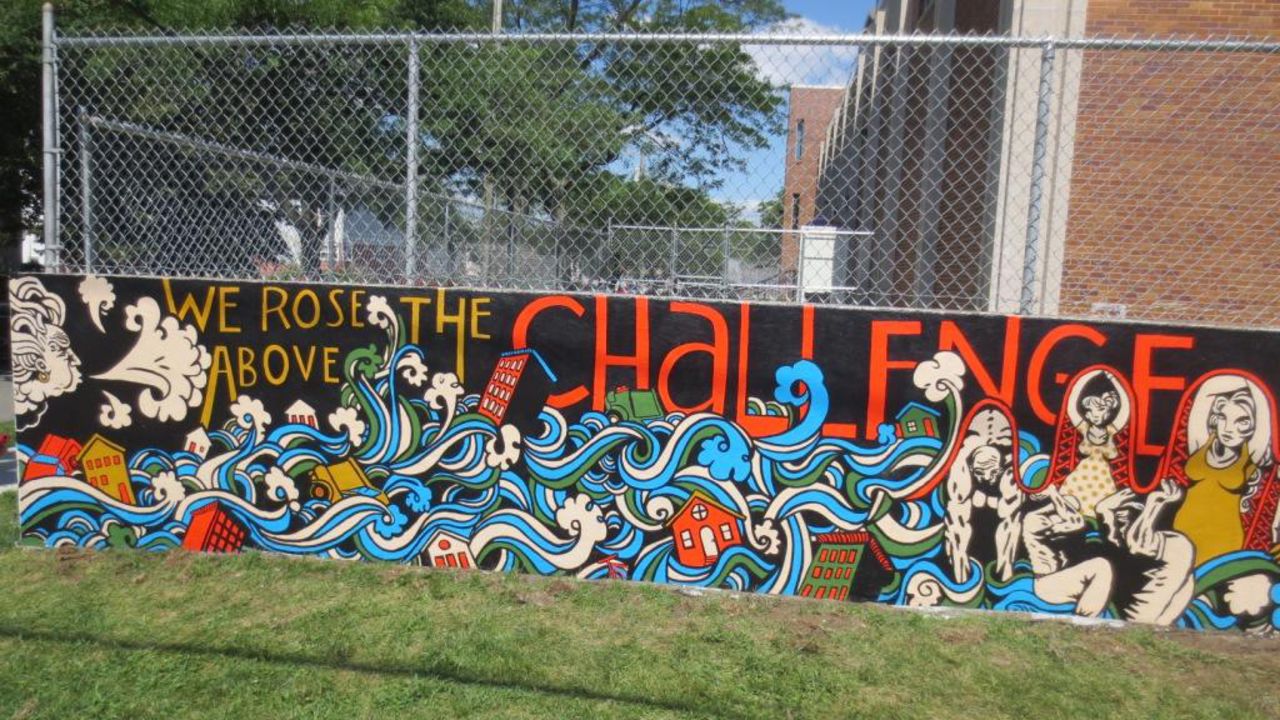 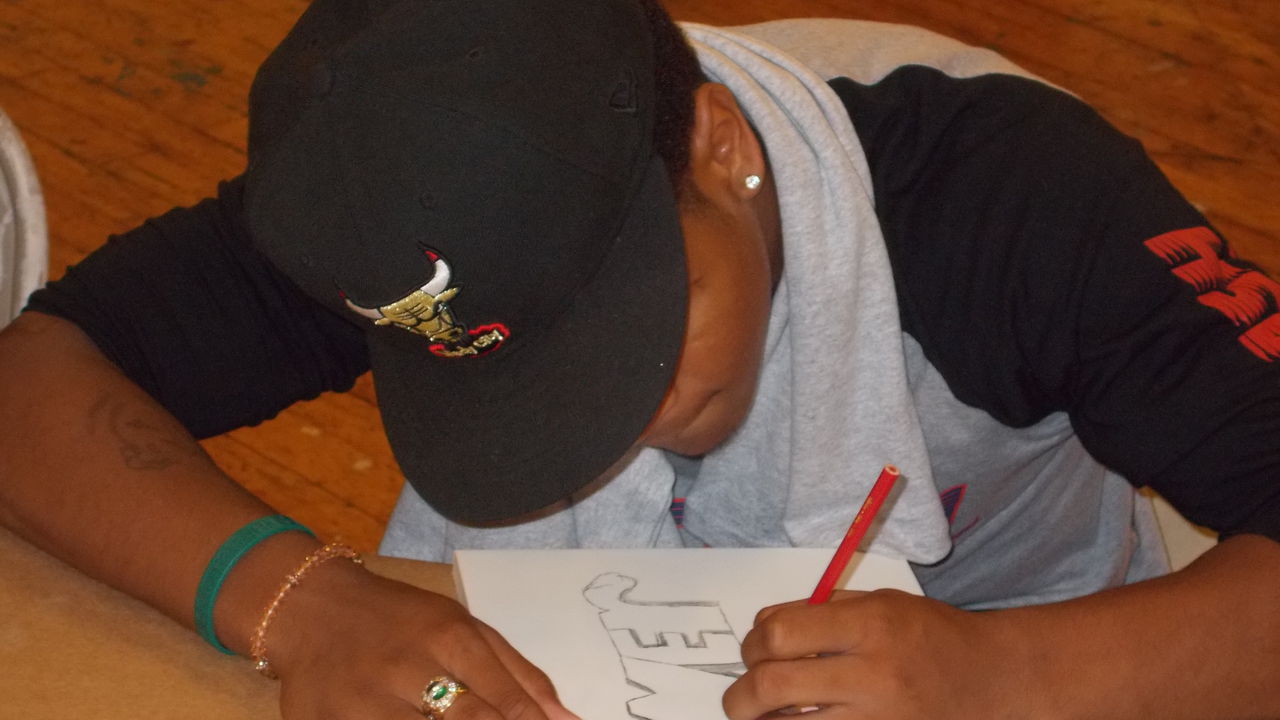 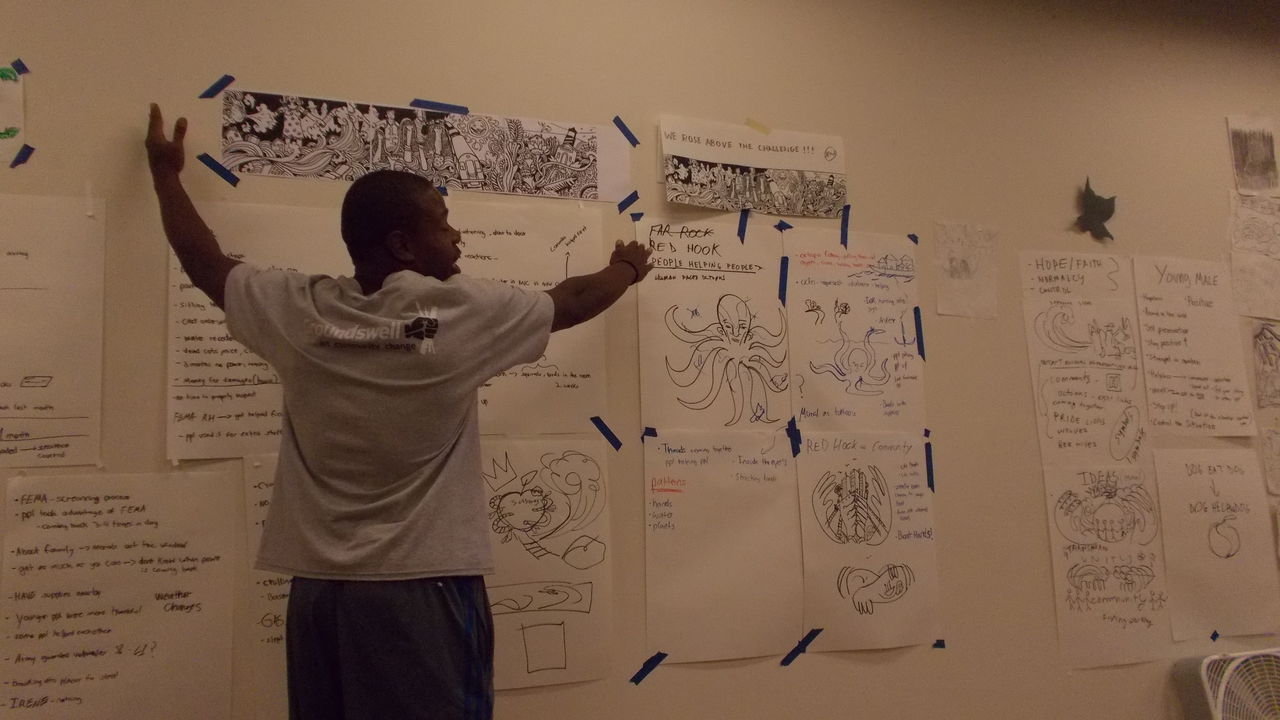 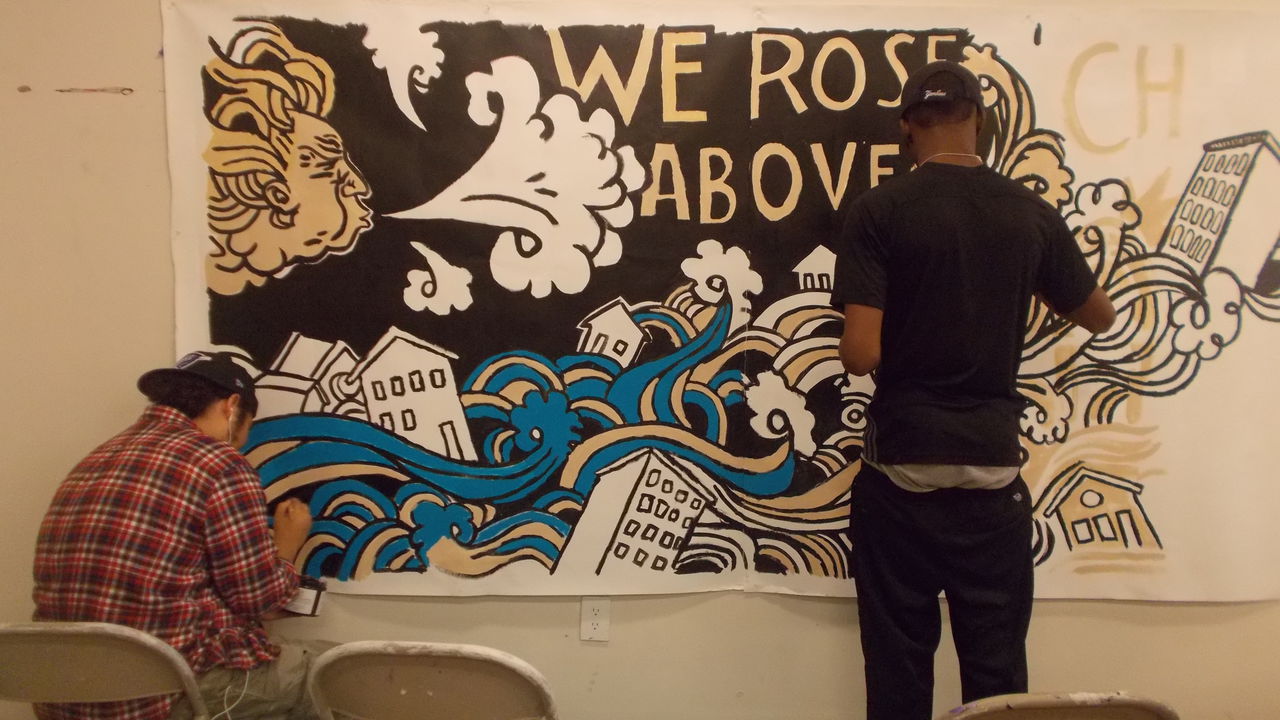 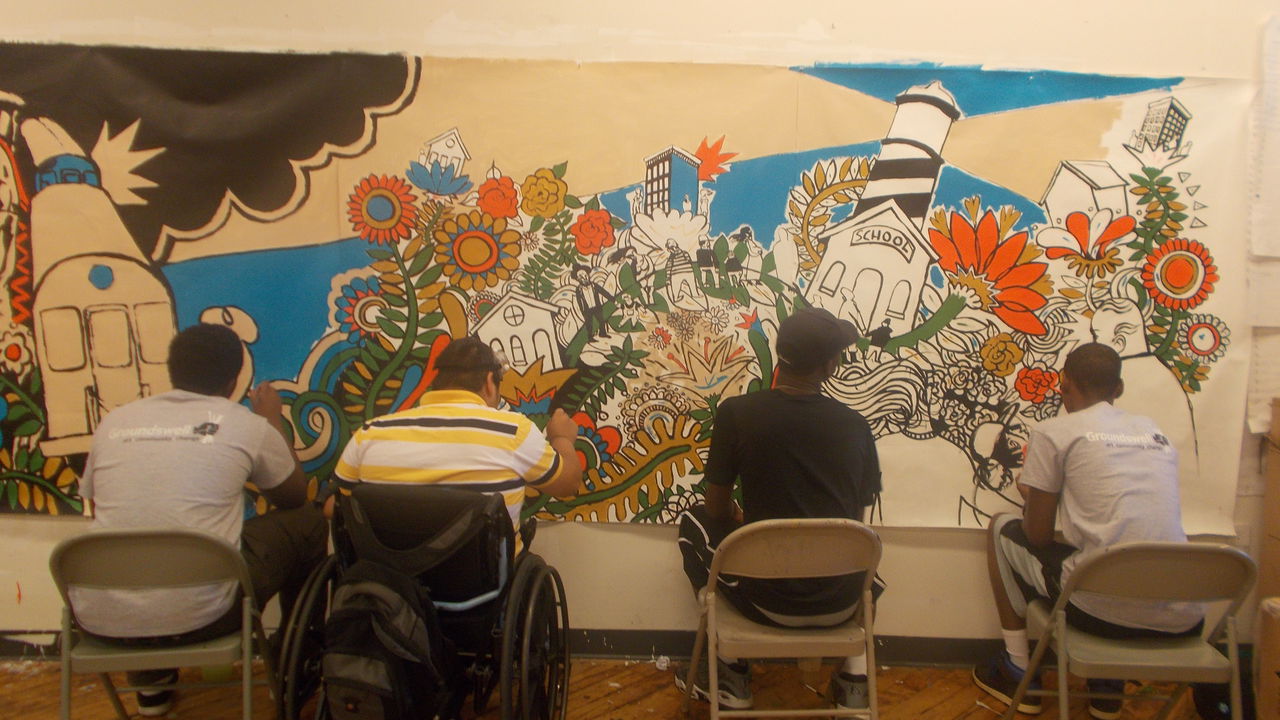 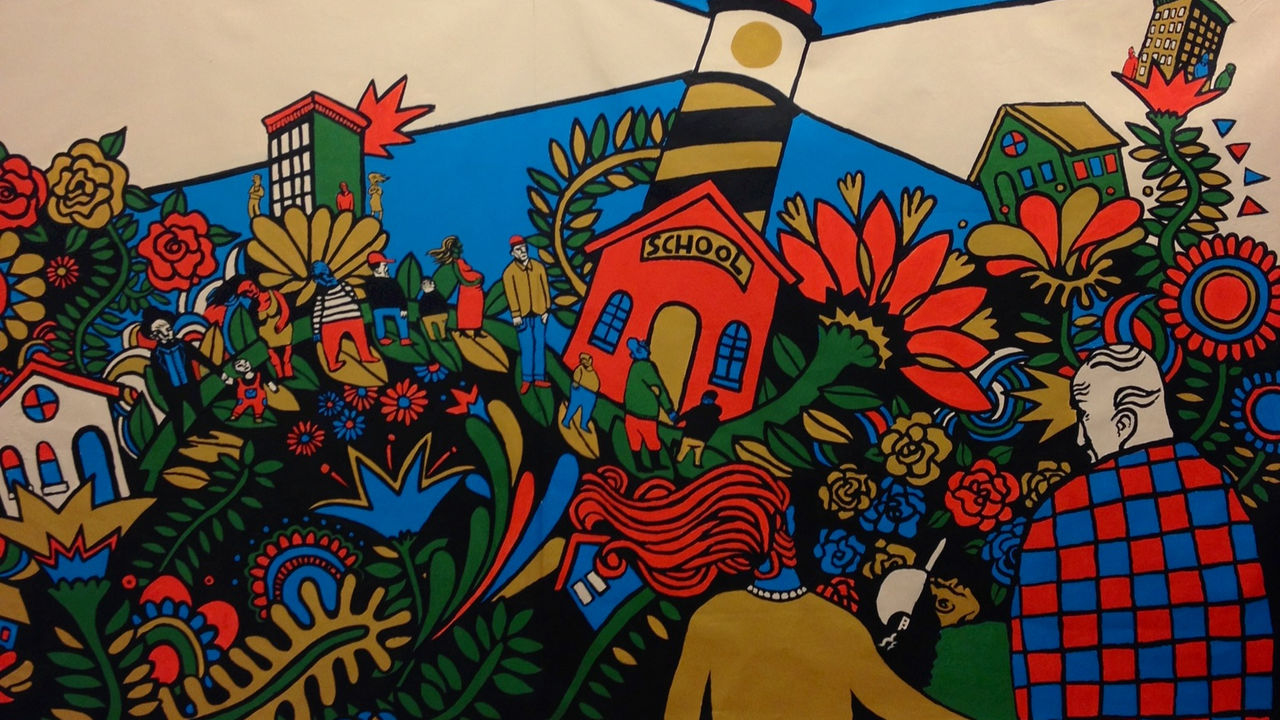 We Rose Above the Challenge was created as part of Recovery Diaspora, a collaborative citywide public art installation created by Swoon, together with youth from Red Hook, Coney Island, Staten Island, and the Rockaways, among the neighborhoods most affected by the storm. As a response to the devastation caused by Superstorm Sandy, teen artists drew from stories of healing and recovery to create a visual narrative that captures the concerns, hopes, and overall spirit of these communities.

In collaboration with Ocean Bay Community Development Corporation, teen artists researched the impact of Superstorm Sandy on the Rockaways through a series of interviews and site visits with local residents. As a response to these interviews, teen artists drew from stories of devastation and recovery to create a mural design that captures both the concerns and optimism of the people of the Rockaways. The mural, 35 ft wide by 5 ft high, was installed at Challenge Preparatory Charter School. The mural boldly declares We Rose Above the Challenge. A beacon in the mural symbolizes the important role this school played within the community in the days and months following the storm.

The work of these teens proved meaningful following Mayor Bloombergs announcement of the opening of registration for the NYC Build It Back Program. NYC Build It Back provides several pathways to help affected residents return to permanent, sustainable housing by addressing unmet housing recovery needs. Teen artists leveraged the unveiling of the mural to host a press conference to raise awareness of how local residents might register for the program.

The four murals created through Recovery Diaspora are tied together by a temporary site-specific mural on the famed Bowery Mural wall, created by Swoon herself. Scheduled to coincide with the anniversary of the storm in October, it is a testament to both resilience and vulnerability, and by engaging the public in its design, it serves to highlight the importance of continued relief efforts by and for Sandys victims.