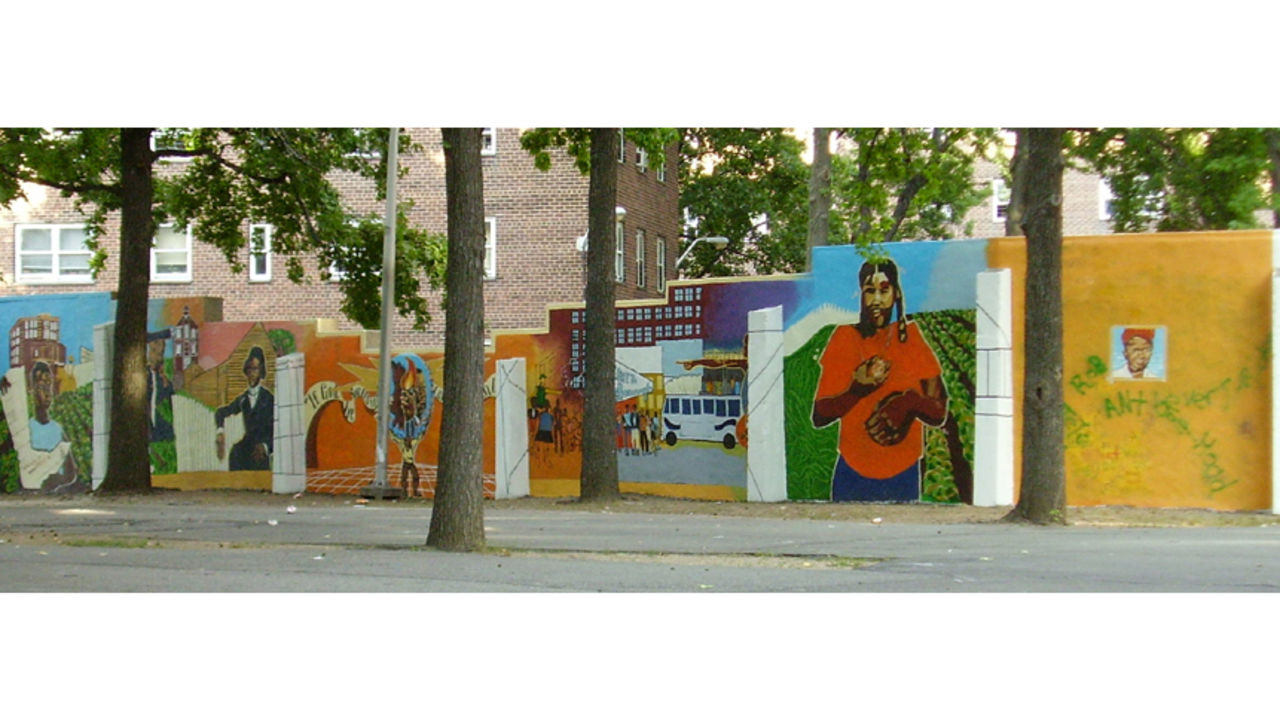 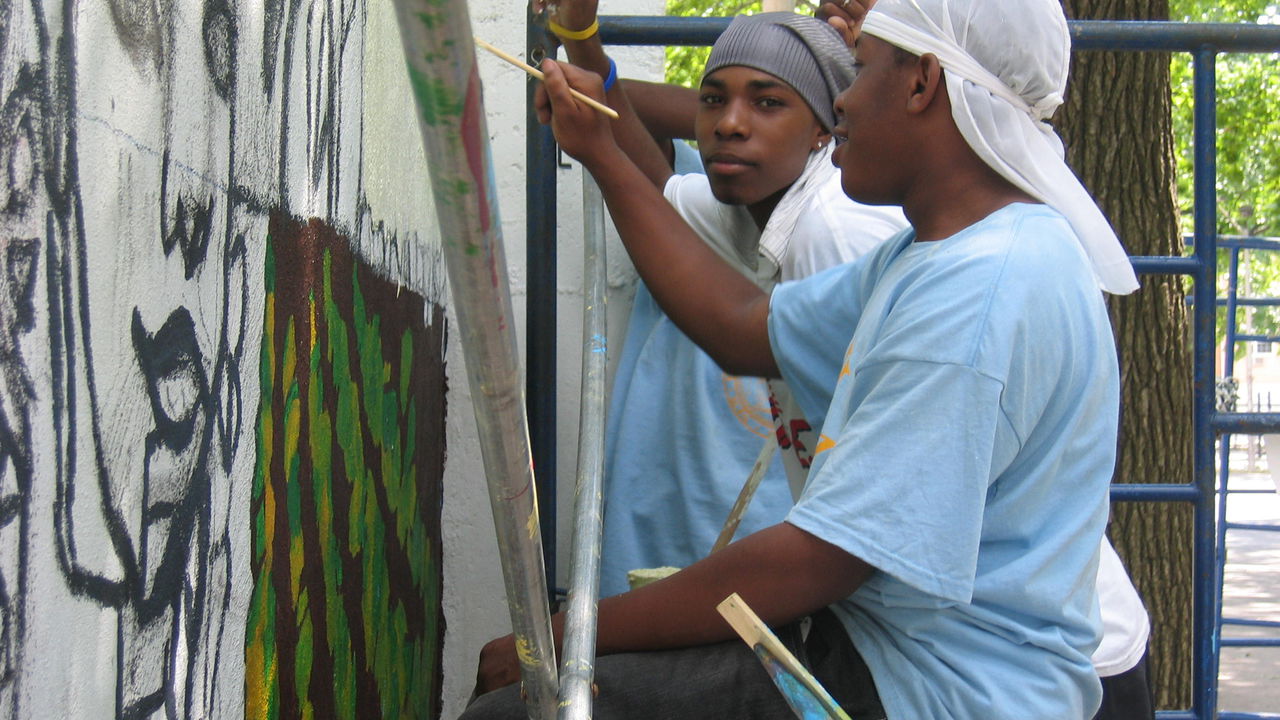 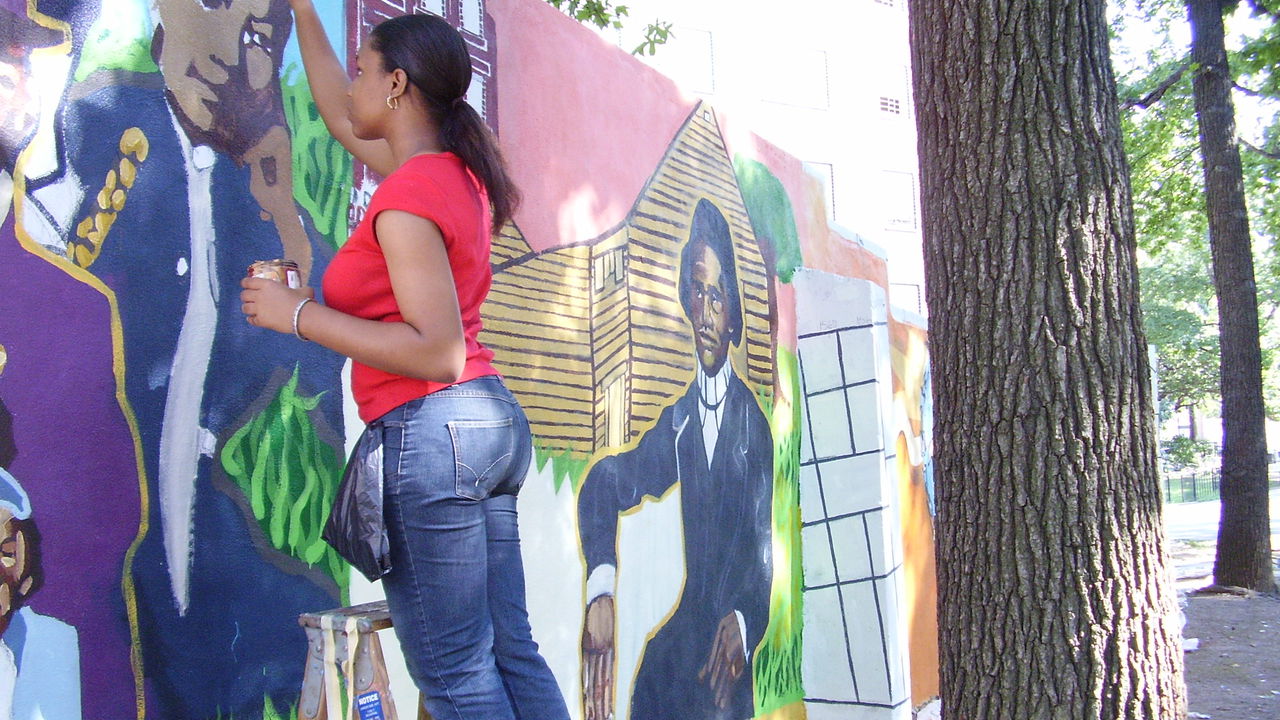 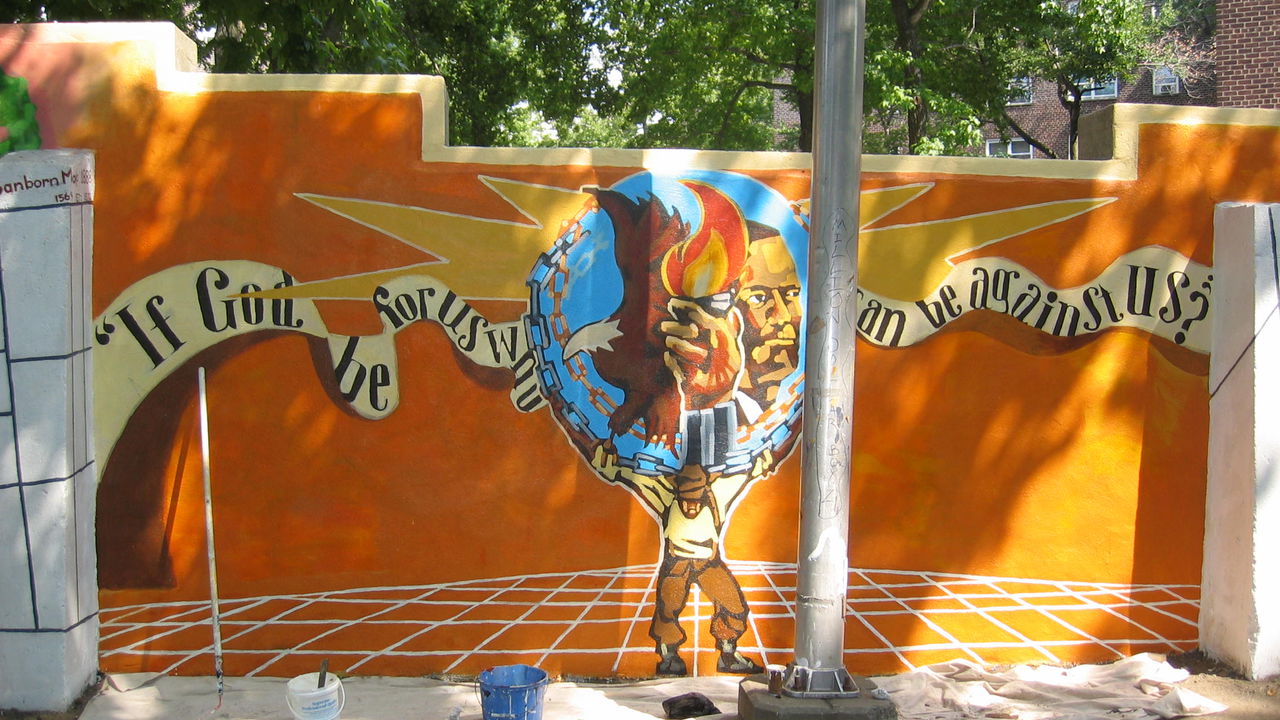 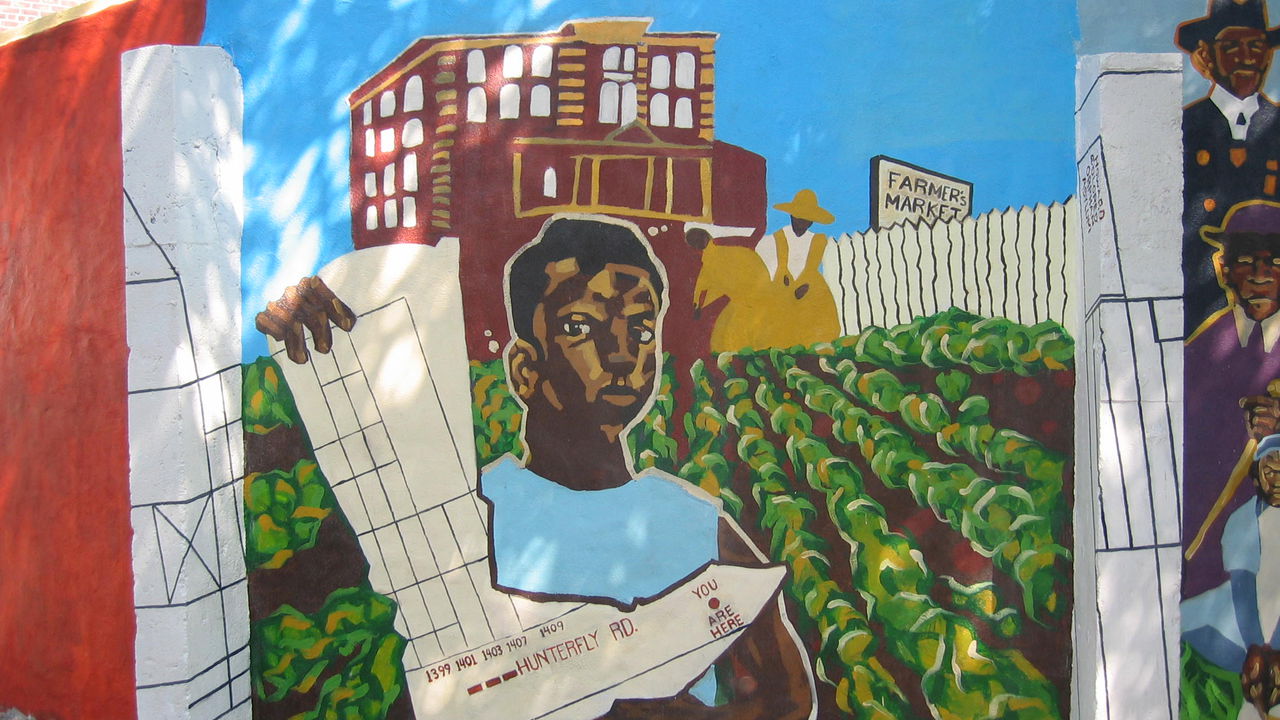 This mural tells the story of Weeksville by examining the past, present, and future of this historic area. The mural begins its story of Weeksvilles history with the founding of the free Black community by James Weeks and six other freedmen. These seven founders are represented throughout the painting as pointing figures. The community of Weeksville represents a key period in American history whose legacy is currently being expanded by the research efforts of the Weeksville Heritage Center. The mural is framed by images of two girls, each whom had a hand in discovering important artifacts in the 1970s of the historic Hunterfly Houses, which now bear the name of the road that once served as the main throughway leading out to Canarsie from what is now the Crown Heights area of Brooklyn.