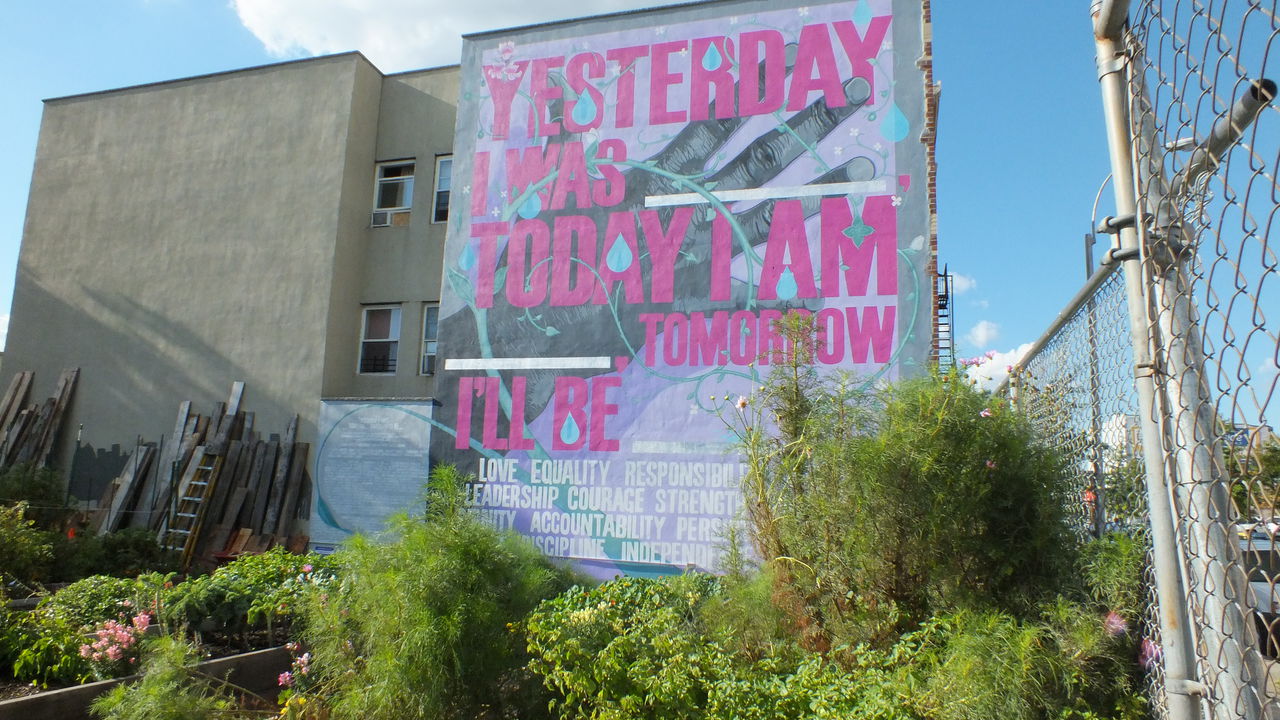 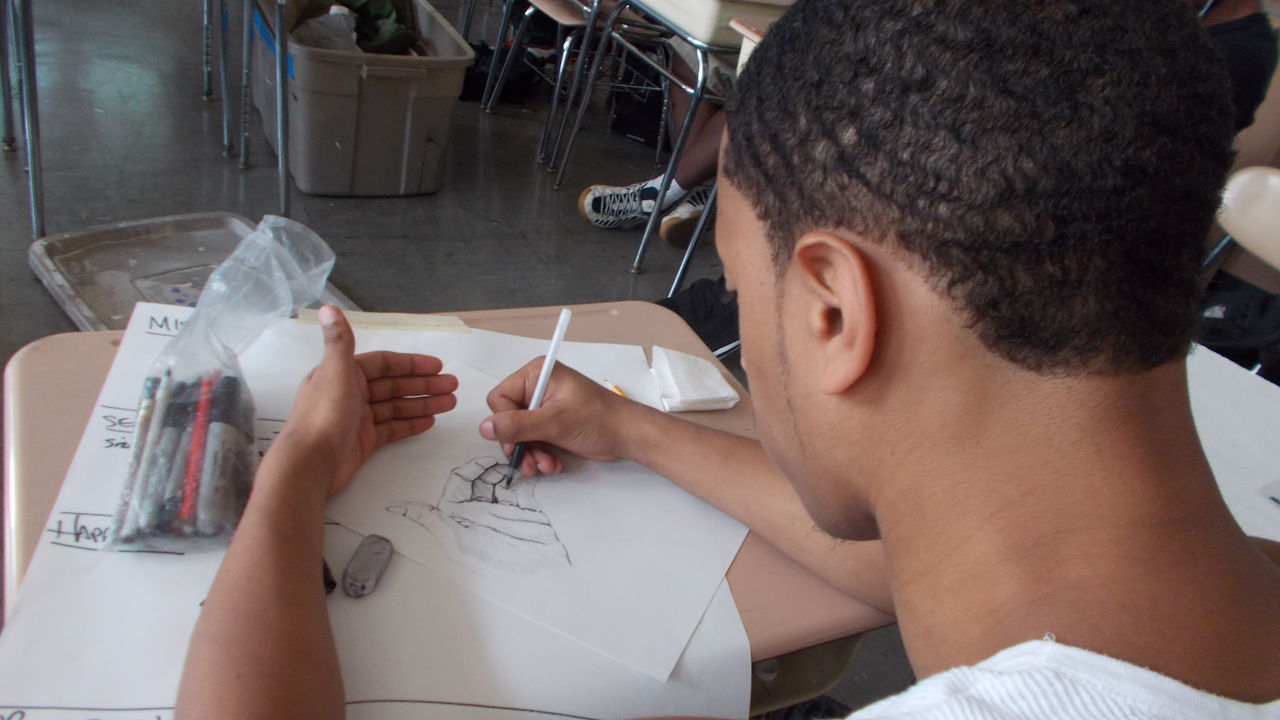 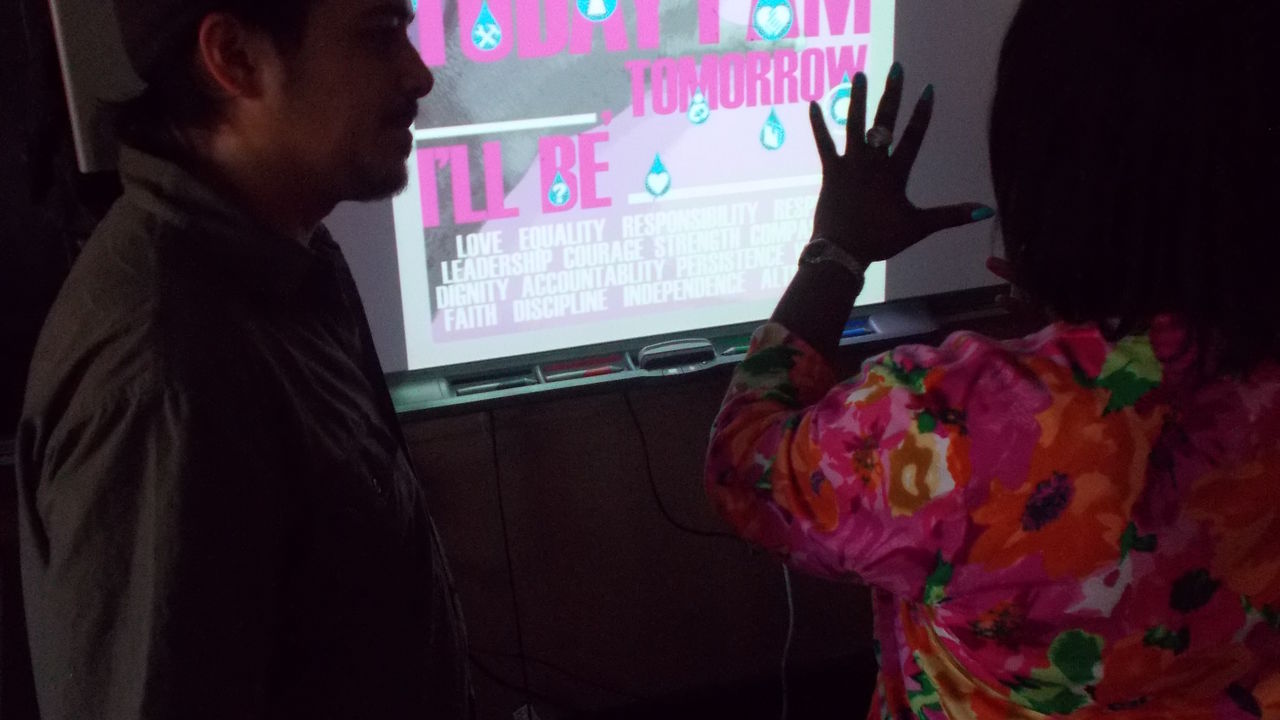 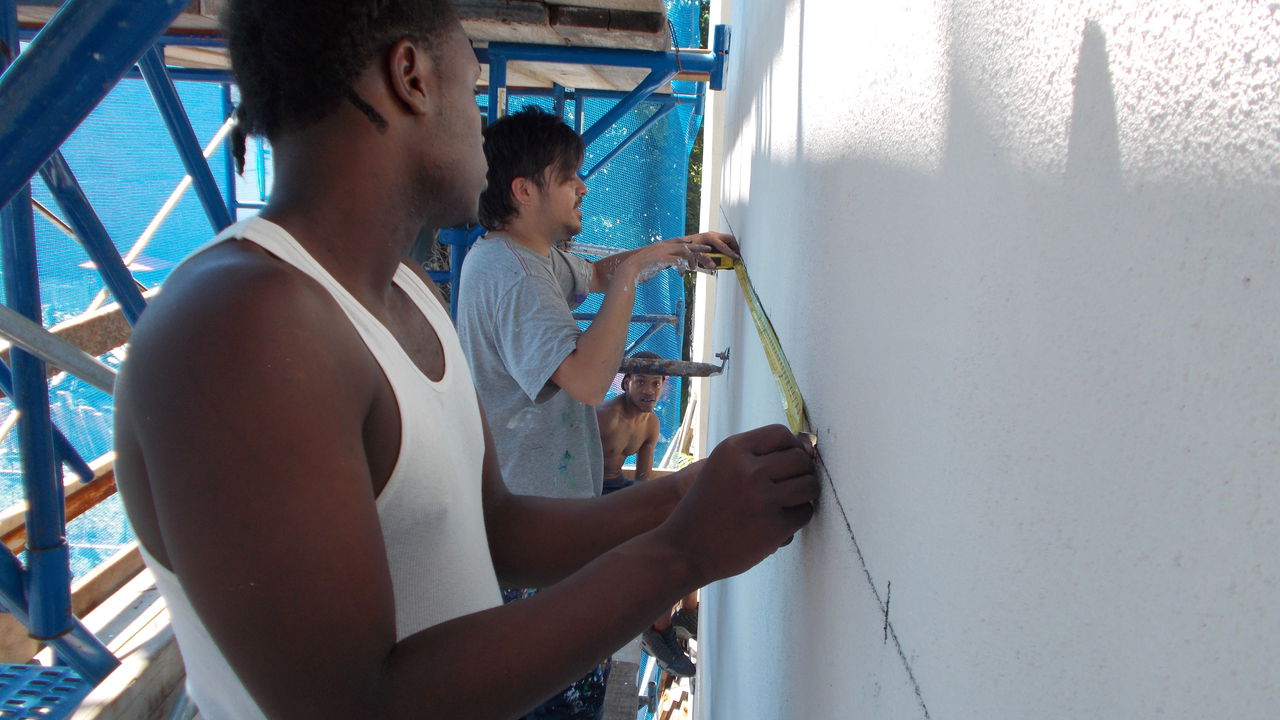 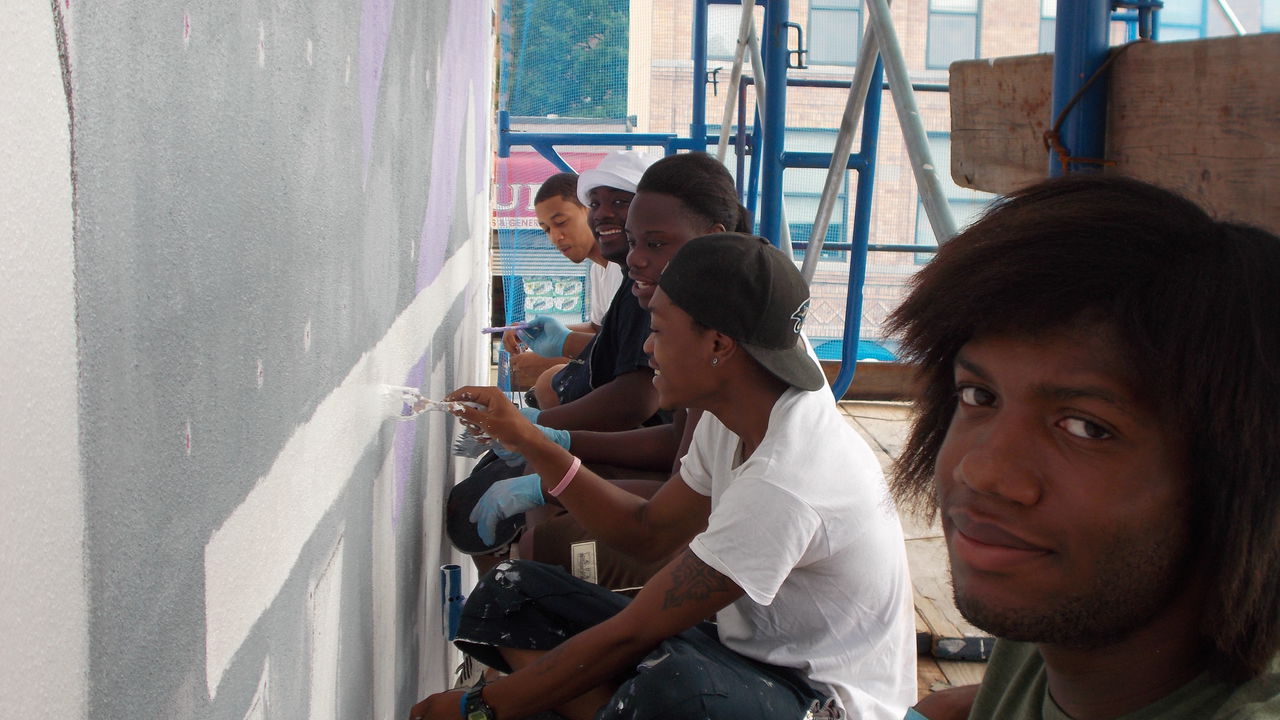 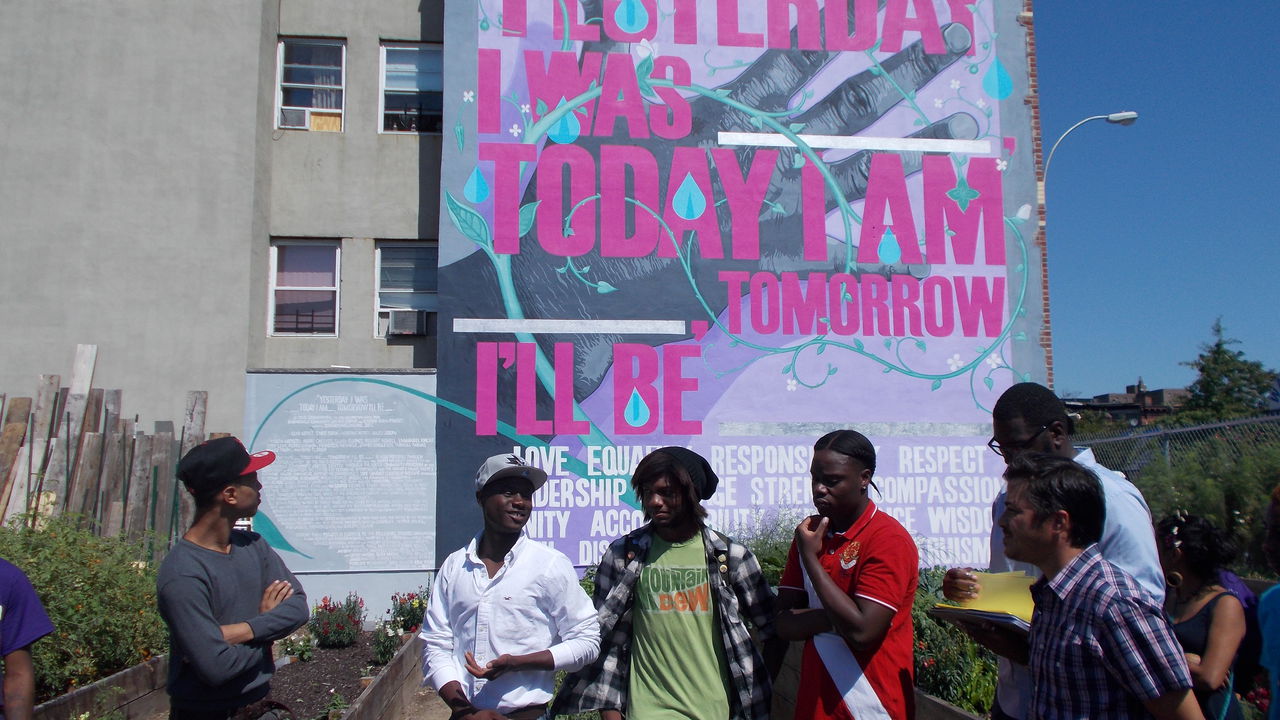 Yesterday I Was ____, Today I Am ____, Tomorrow I'll Be ____. is installed in Brownsville, Brooklyn, on a monumental wall overlooking a community garden. The mural asks Brownsville residents to consider the past, present, and future of the community's identity and engages them in a continued conversation. A youth mural team made up exclusively of young men, over half of whom had a history with the juvenile justice system, came together during an intensive afterschool session to explore a topic for a large-scale summer mural project. Through a series of guided discussions and research opportunities, the team responded to the theme "the male identity, stereotypes, and role models." They then visited the Brooklyn Museum to learn more about contemporary artists and art techniques. Inspired by the artwork viewed, particularly the text-based work of contemporary artists Hank Willis Thomas and Barbara Kruger, the young men began to explore their theme through the creation of imagery for a large-scale mural. Deliberately leaving its message incomplete, the all-male mural team chose to address the topic of male identity while leaving room for receptivity, reflection, and transformation. The text-based mural image reads, "Yesterday I was _____, today I am _____, tomorrow I'll be ______.," a proclamation that is a statement and a question at the same time. It is bold and affirmative, yet beckons a response. The slogan is accompanied by what the group of young men considers a symbol of personal identity - a hand - expanding the analogy to say "I know these streets like the back of my hand," to capture the identity of the community as well. Underlying credits express qualities the youth artists would like to see more of in the community, each other, and themselves.