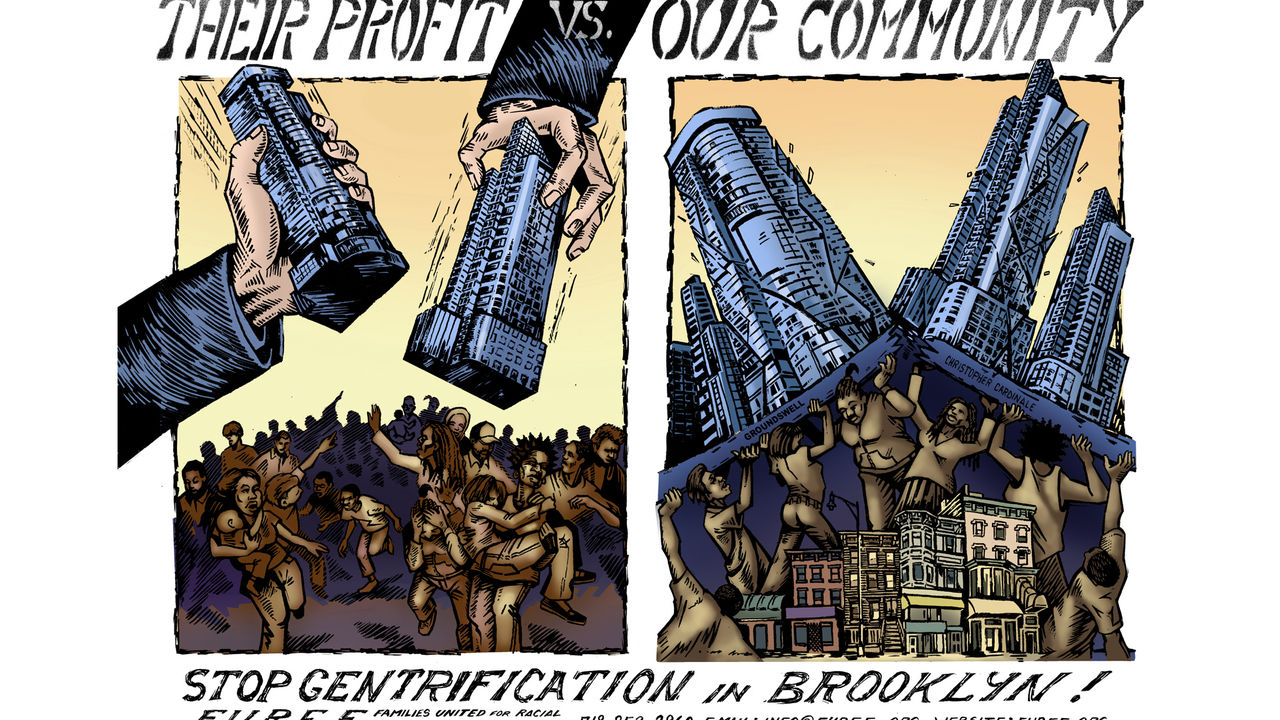 Groundswell artist Christopher Cardinale worked with youth and adult members of Families United for Racial and Economic Equality (FUREE). Together, they designed a poster for FUREEs Downtown Campaign to organize community members around the real estate development of Downtown Brooklyn. Cardinale discussed the concept over several sessions with FUREE members and organizers before finalizing the poster design. The poster depicts residents of Brooklyn rising up to preserve the integrity of their neighborhoods and fight development that leaves populations displaced. Underneath the image, the poster proclaims Stop Gentrification in Brooklyn! It is a powerful statement said on behalf of community residents who feel pressured to leave by developers seeking to build condos. The residents are portrayed as people of color and the developers as white to illustrate the racial tension often involved in gentrification.