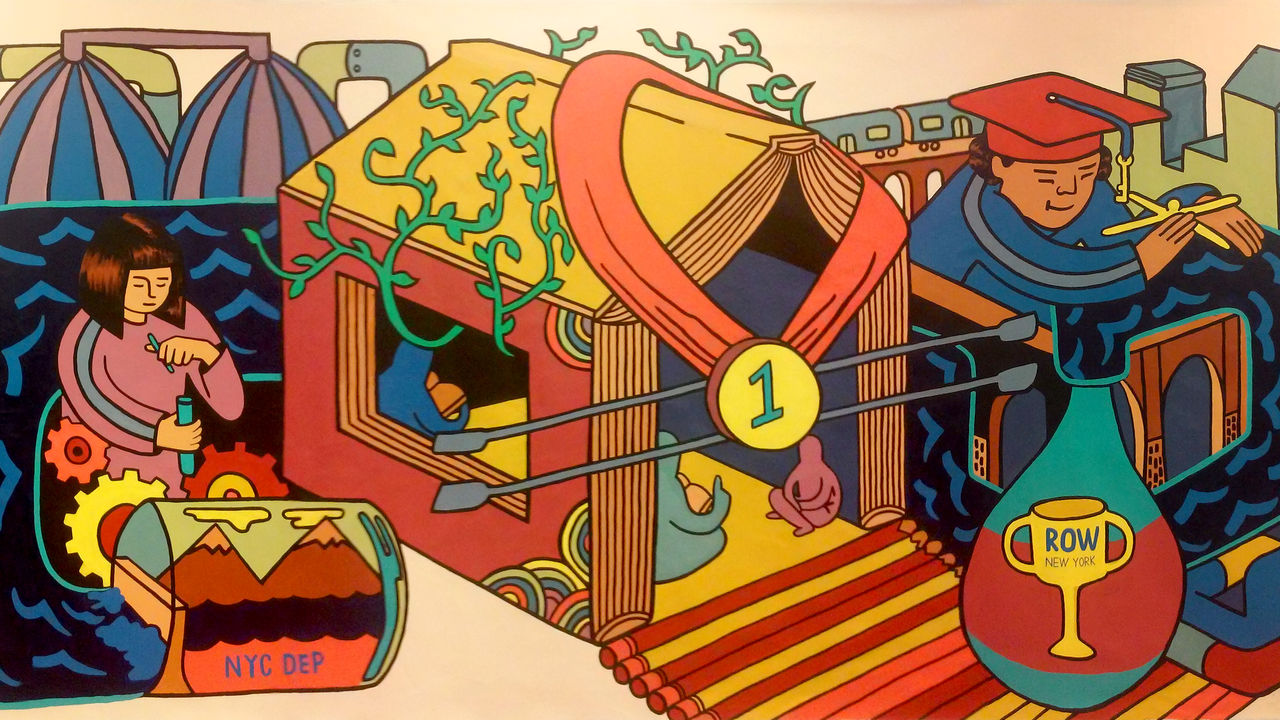 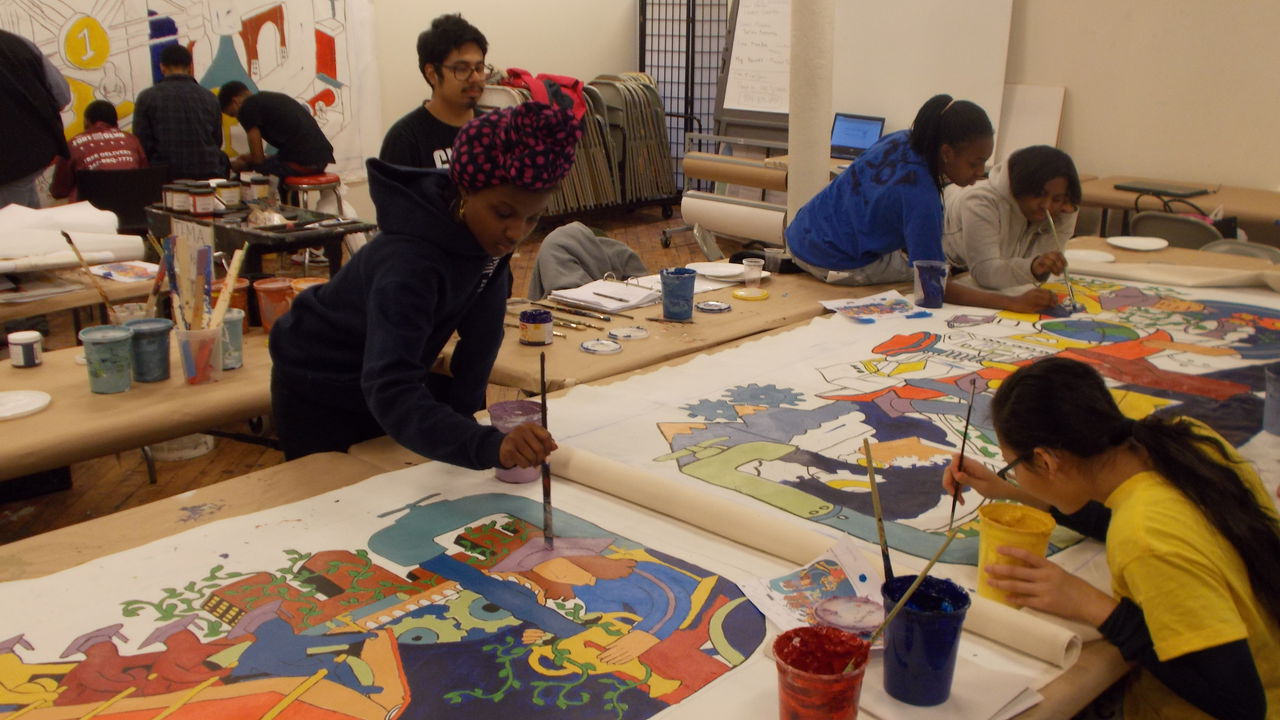 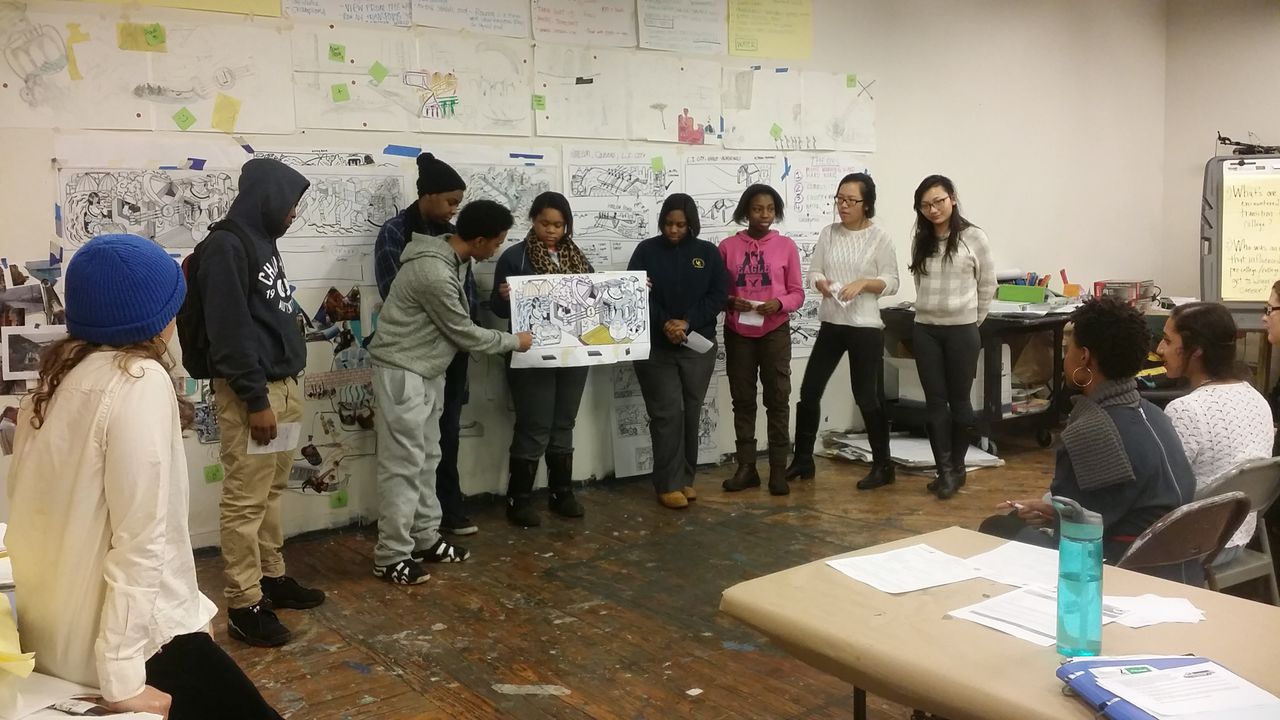 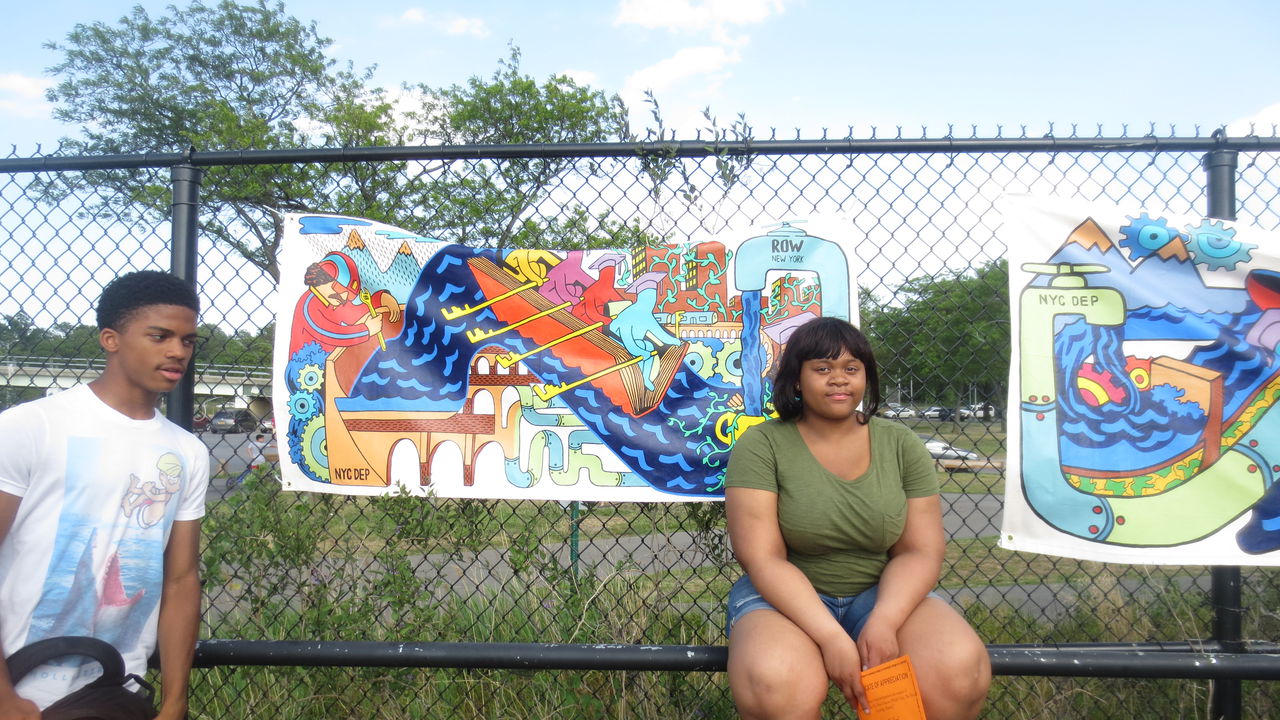 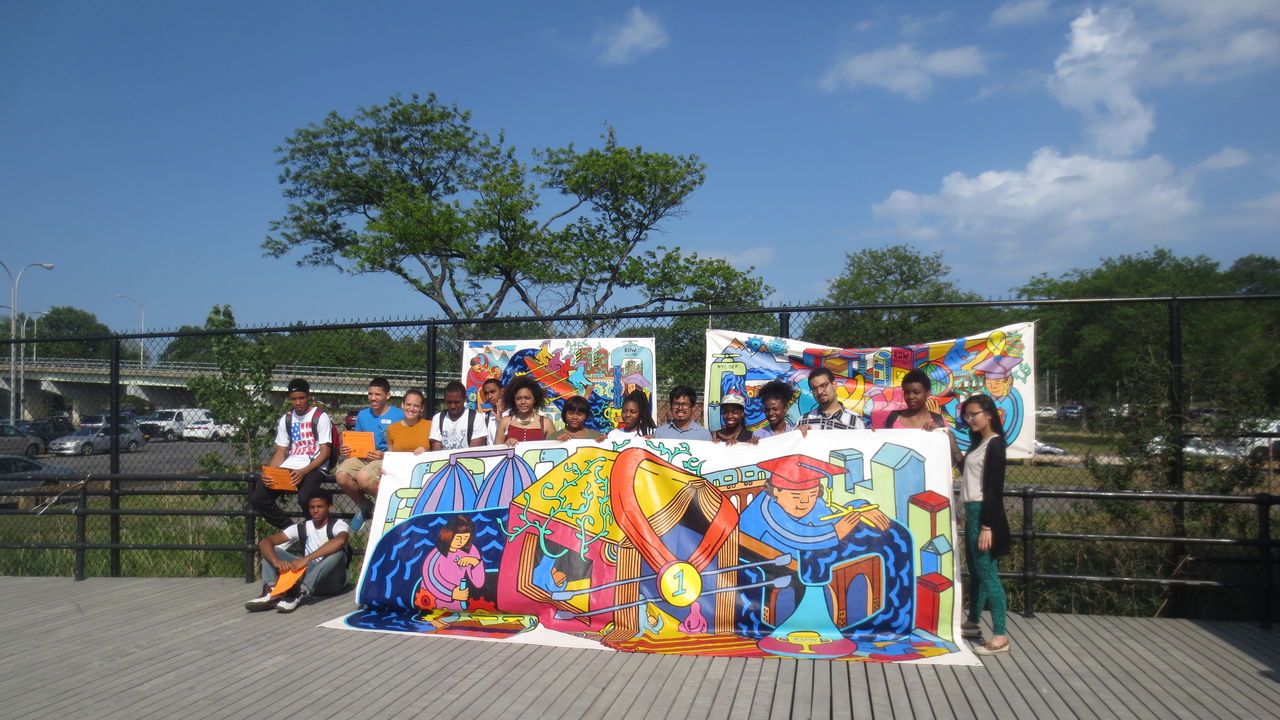 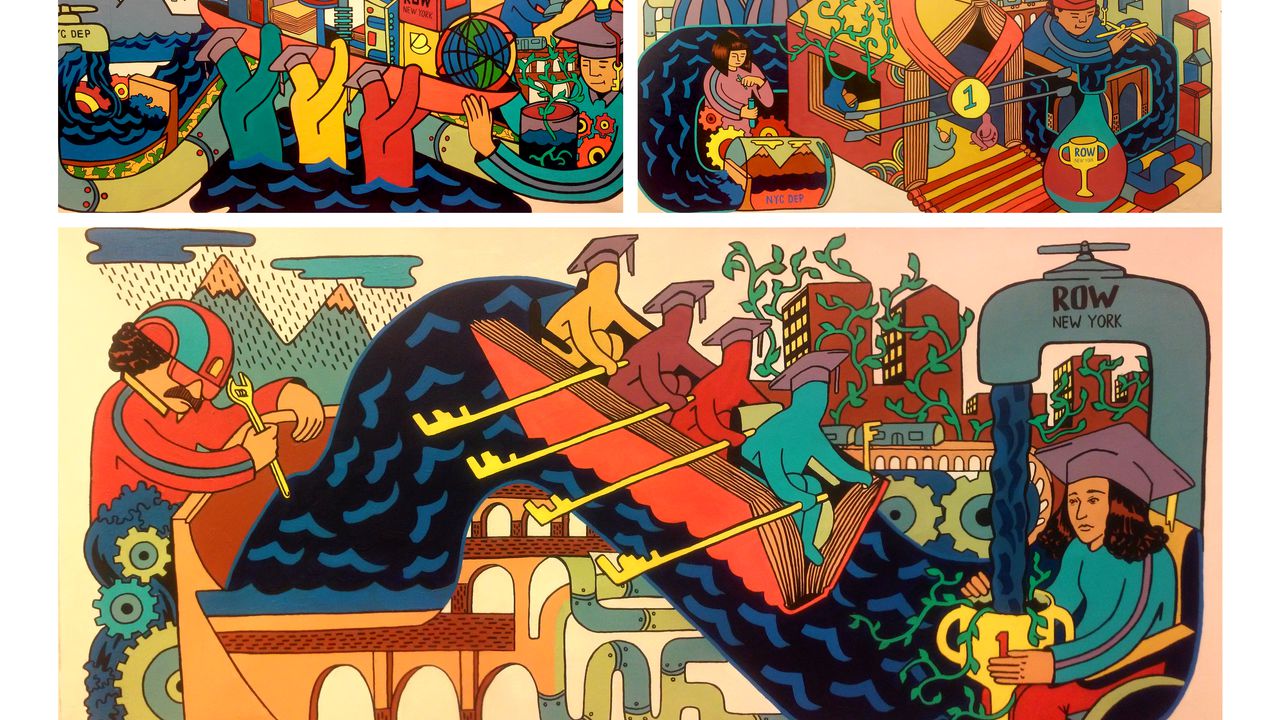 Groundswell and Row New York, the only program of its kind dedicated to teaching young people in under-resourced communities the sport of competitive rowing, unveil a mural banner series celebrating watershed stewardship. Entitled House of Knowledge, Boat of Success, and The Flow of Knowledge (shown above), the series was created by teen artists with guidance from the New York City Department of Environmental Protection and will be installed for public display at Row New Yorks three New York City facilities, including its Worlds Fair Boathouse on Meadow Lake in Queens, Long Island City headquarters, and Peter Jay Sharp boathouse in Upper Manhattan, to be seen by thousands of participants and visitors each year.

As part of the Teen Empowerment Mural Apprenticeship (TEMA), the group began working on the mural series in October. They met with New York City Department of Environmental Protection educators, taking field trips to relevant sites such as the Croton Reservoir and Catskill Watershed, and conducting intensive research into New York Citys reservoir system.

In House of Knowledge, installed at Row New Yorks Long Island City headquarters, the water cycle, from the Catskill Mountains to the water treatment plant, is captured within a single glass. Row New Yorks commitment to academic success is illustrated through a cityscape made of books and several figures reading. In the image, a large figure in a graduation cap turns a faucet, representing a Row New York alumni returning home to support their community. (1027 46th Avenue #101, Long Island City, NY 11101)

In Boat of Success, installed at the Worlds Fair Boathouse in Flushing Meadows Corona Park, the mountains, gears, a faucet, and a dam combine to evoke the complexity of the New York City water system. Three figures hold up a boat containing important Queens landmarks. A lightbulb shines onto a small figure reading in the background, illuminating the path to academic and personal achievement. (30 Meadow Lake Road West, Flushing Meadows Corona Park, NY 11366)

In The Flow of Knowledge, installed in Harlem at the Peter Jay Sharp boathouse, a figure representative of the NYC DEP holds a wrench and maintains a dam. Above the dam arise the Catskill mountain watershed as it is replenished by rain while beneath it four figures row toward success. In the end, a graduate of Row New York fills a champions #1 trophy. Winding ivy is used in all three banners, to unite them even if they are not hung together once installed. (3579 Harlem River Drive, Harlem, NY 10034)