I JUST WANT TO COME HOME 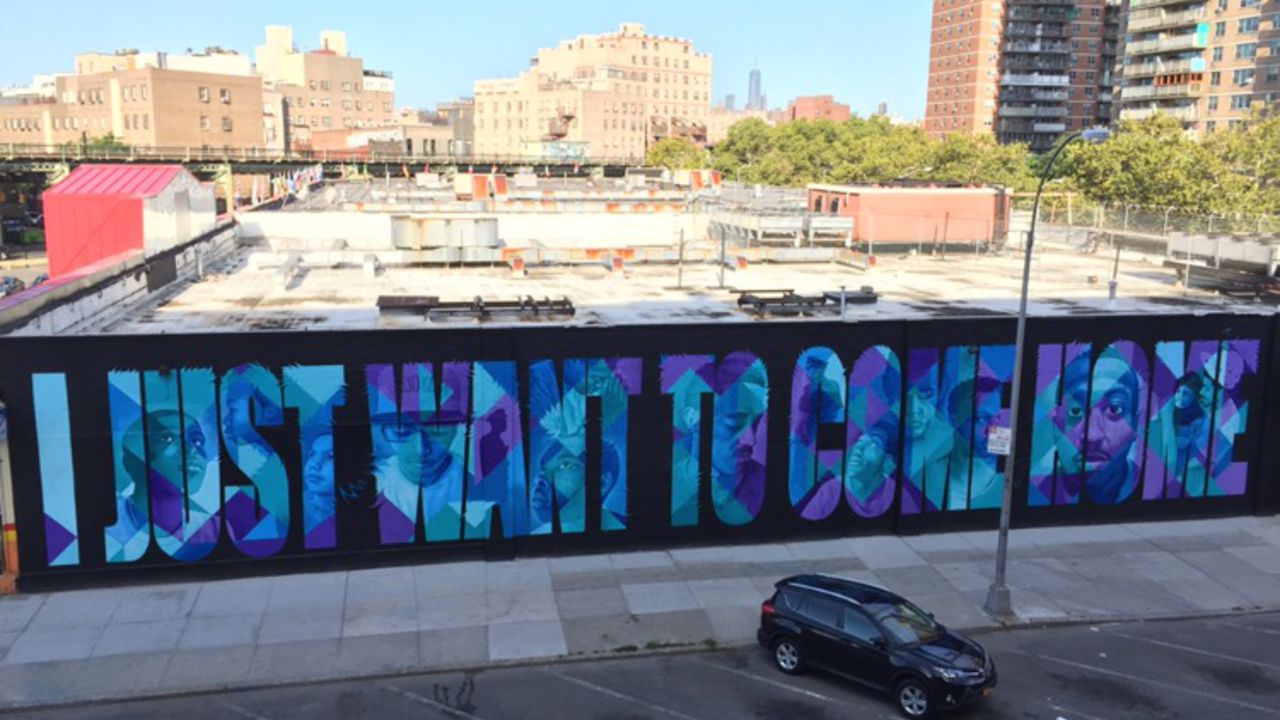 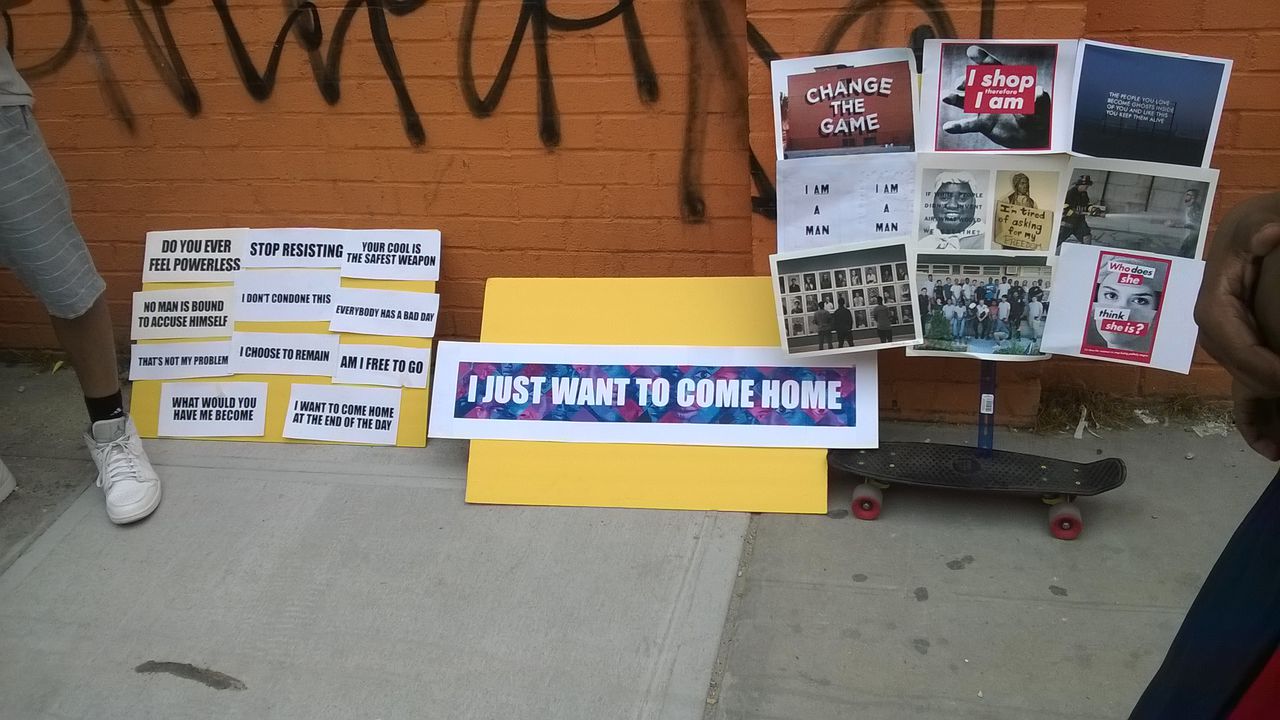 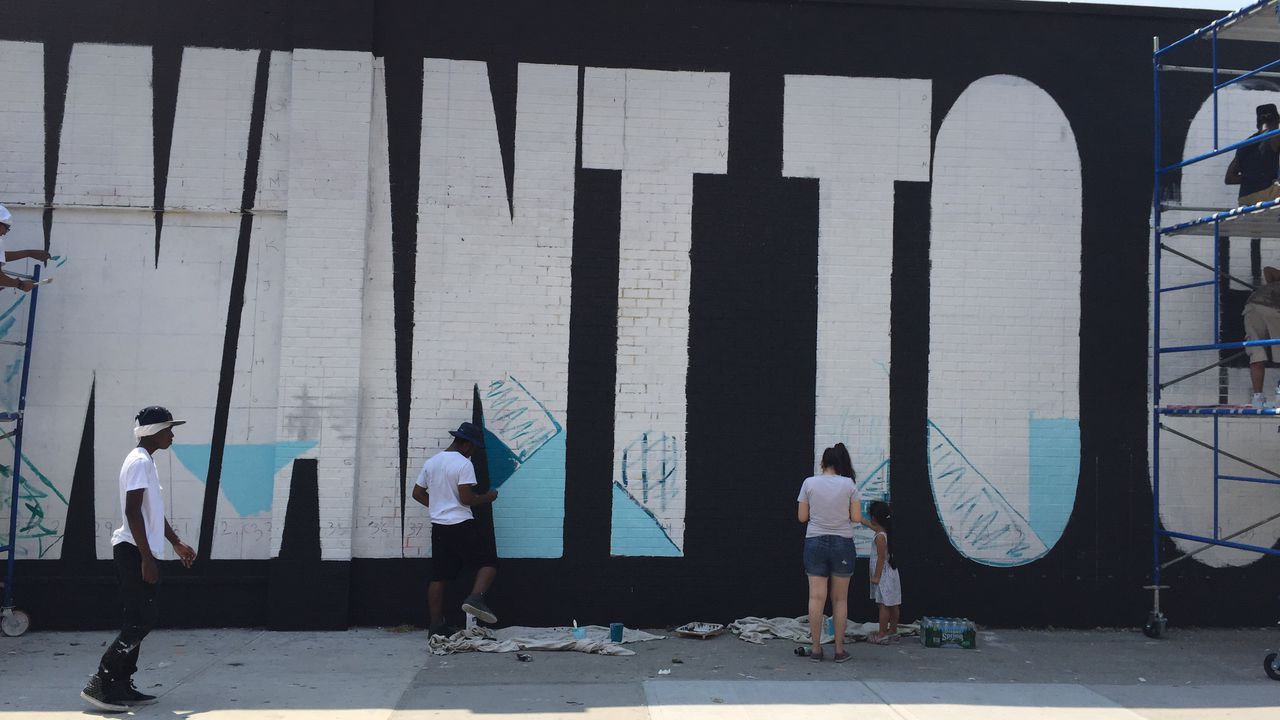 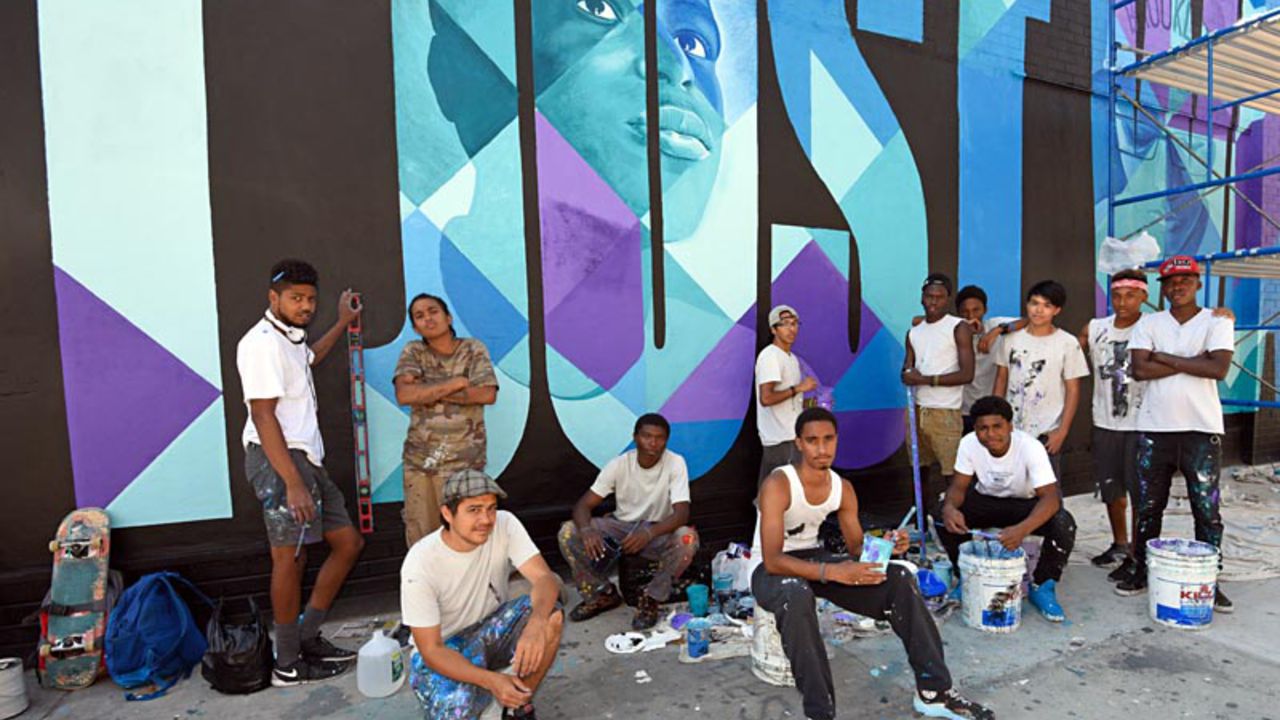 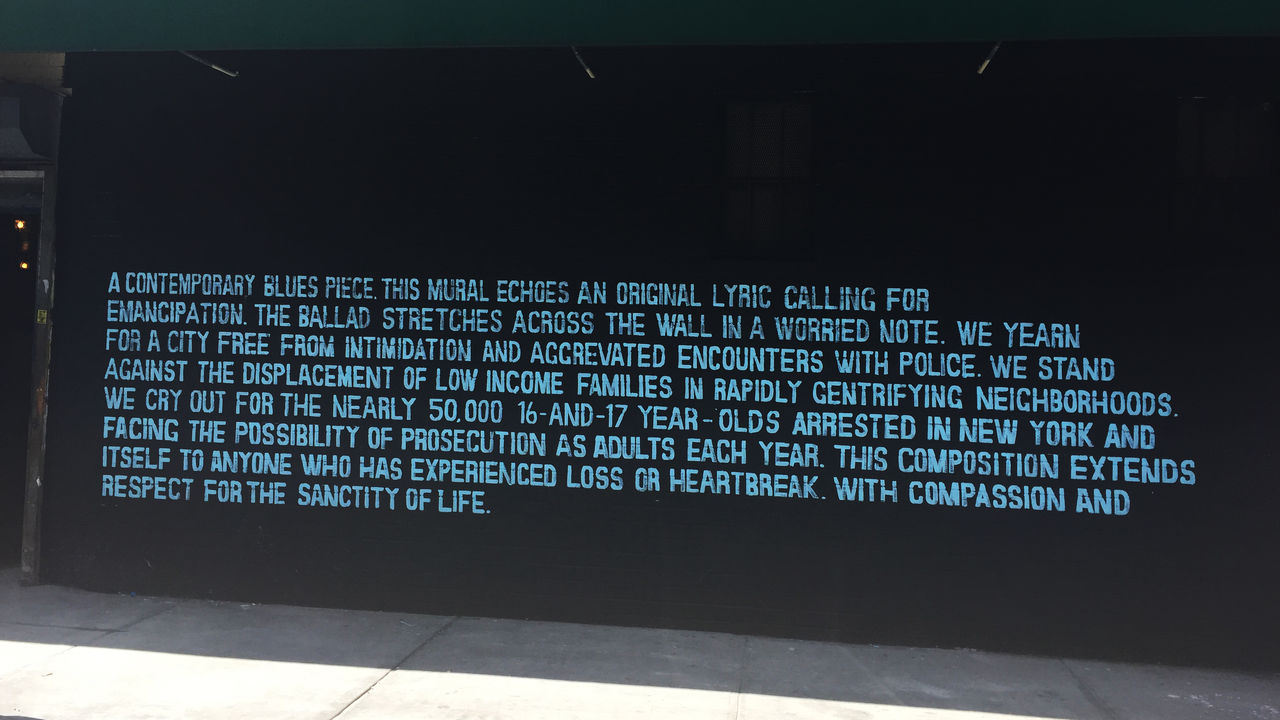 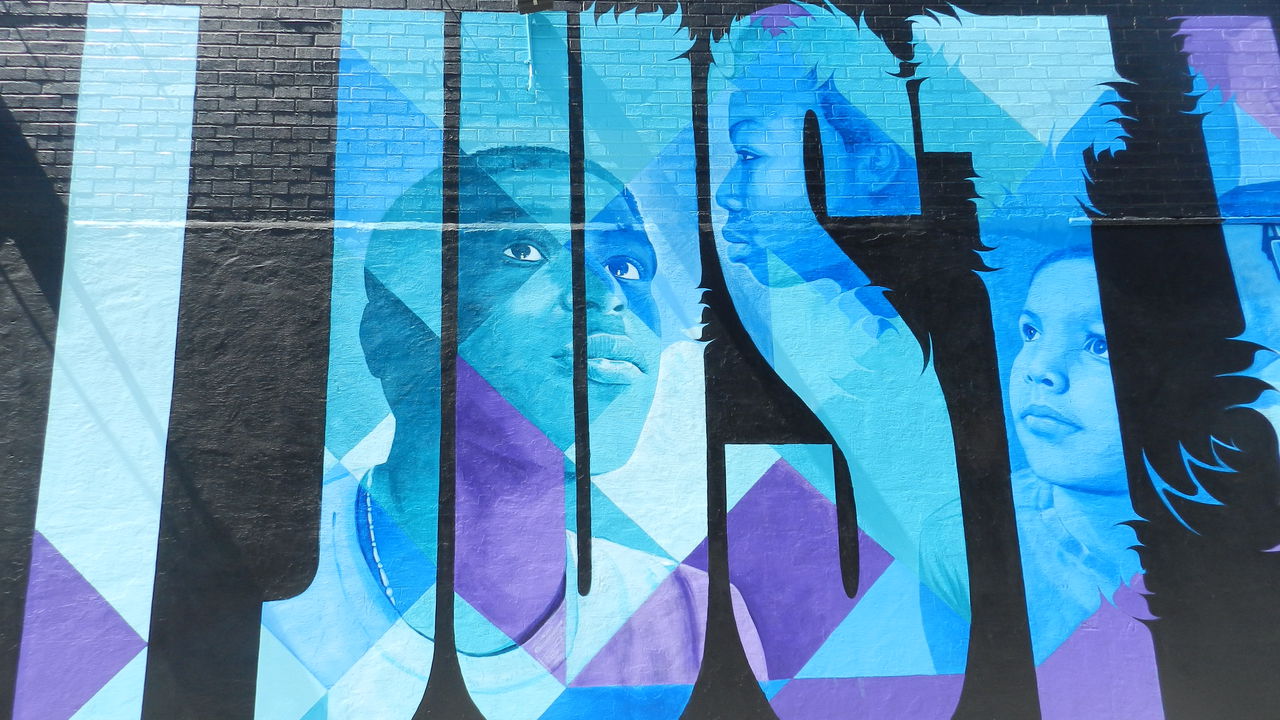 I Just Want To Come Home declares a new mural in Bushwick on a Food Bazaar Supermarket, painted by a team of young men considering the complex relationship between police and young men of color. As proven by recently publicized deaths and the #BlackLivesMatter activist movement, police-civilian relations do not always come with the promise of youth coming home after an alteration. The artist team researched this topic through interviews with activists, Brooklyn council members and legislators, lifelong residents and newcomers to the Bushwick community, and police officers from the 90th Precinct. They read articles, watched videos, listened to podcasts, and discussed issues around police aggression, the war on drugs, mass incarceration, protests in Ferguson and Baltimore, the militarization of police in contemporary America, and discussed with police officers how they view this conversation. The mural utilizes the phrase I Just Want To Come Home as its rallying call to action, inspired by their interview with police from the 90th Precinct. The youth asked What do you think about when getting ready for work? to which one officer responded, I just want to come home at the end of the day. Resonating beyond its origin from the officer's reply, this sentiment echoes a larger call from everyday civilians to prevent the recurrence of such cases as Sandra Bland, Eric Garner, and Kalief Browder, who spent three years on Rikers Island without being convicted of a crime before committing suicide. The mural brings together these various narratives on common ground to address the tense conflict. Within the words are faces of the artists and local community members, which bring a focus to Bushwick as an important site for reflection, debate, and activism.